As Obamacare repeal looms, Baker sees new fee, rate caps as best medicine for skyrocketing state health costs |  A $2,000-per-worker employer assessment for not offering health insurance would bring an estimated $300 million into state coffers and represents a revival of the so-called fair share contribution plan that was a linchpin of the 2006 universal health care law in Massachusetts before it was repealed to make way for the federal Affordable Care Act.

Editorial: 2 churches, 1 City Council, 0 easy answers |  While the fates of two iconic structures hang in the balance, discussion recently has centered on to what extent, if any, City Council should be involved in possibly saving Our Lady of Mount Carmel and Notre Dame des Canadiens churches from demolition. We believe the job of the 11 councilors is whatever the voting public says it is. This year, an election year, is an opportune time for the community to see where its elected officials stand.

Sun Spots with Hitch [Vol. 129]: Worcester, a city for everyone — well, almost … |  With a bunch of colleges around, including three which rank among the most liberal in all the land, you generally won’t have to search too far for a protest — or at least a heated conversation over lattes and cranberry scones — especially as the Era of Trump ominously descends upon liberals and free-thinkers everywhere. Hitch, ever the progressive, picks up the baton amid the roiling debate over immigration policy and sanctuary cities.

Ray Mariano on immigrants and the positive impact we too easily forget.

Sina-cism: In Millbury, addicted to the wrong fight |  “Free speech is usually a beautiful thing, but it exudes a foul odor in a situation where the people who would be served by Spectrum’s facility are already living here — not in Millbury backyards exactly, but in Millbury homes and apartments. The only communities in America untouched by addiction and mental illness are ghost towns.” Chris Sinacola, with an assist from Cervantes, takes on the NIMBYs next door. 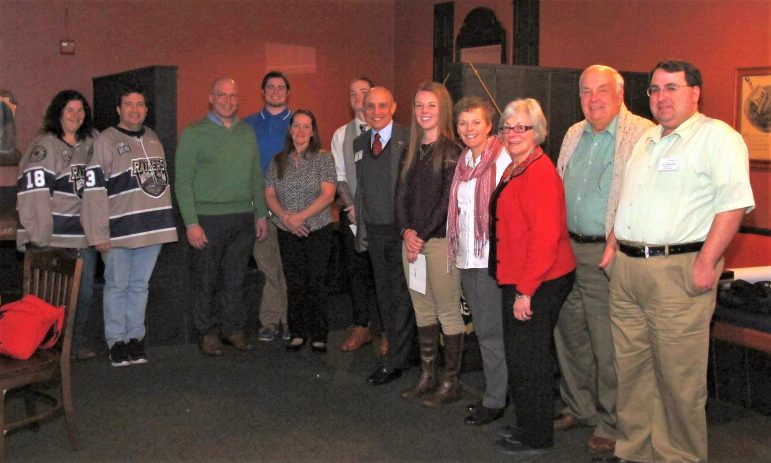 Inbox [Jan. 18]: KrafTea Kombucha accepted by trade group, YOU Inc. offers free food prep certificate, Auburn Rotary awards $3,500 to students, Simon Youth Foundation seeks scholar applicants |  Interesting and worthwhile things happen every day in our community. Alas, we can’t cover them all. That’s where Inbox comes in, to offer readers an easily digestible compilation of interesting and noteworthy items you and your neighbors keep telling us about. Have a release or a photo you or your group would like to share? Let us know by emailing it to info@worcester.ma. Be sure to include a link to the full release on your site or Facebook page so we can include it and send Sun members your way. 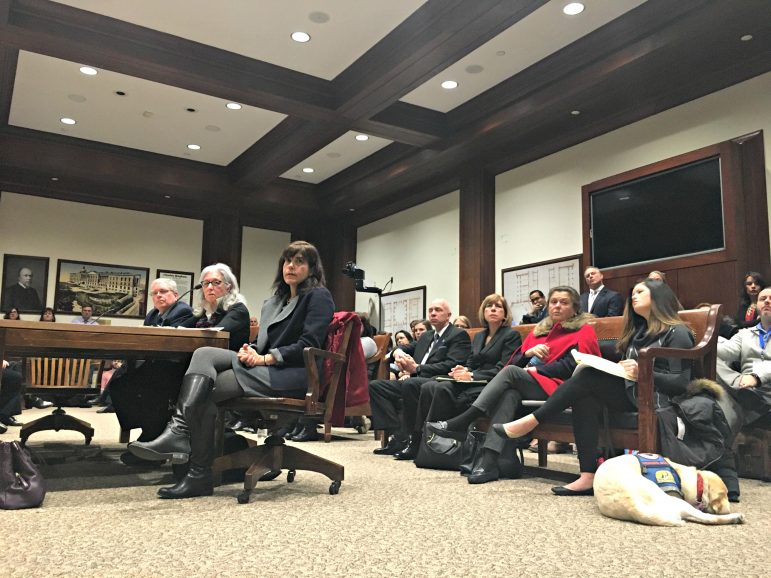 Rich Robison of the Federation for Children with Special Needs, Carla Jentz of Massachusetts Administrators of Special Education, and attorney Paige Tobin testified Tuesday at an oversight hearing on private special education schools.

Private special education school advocates push for more awareness |  About 5,800 publicly funded Massachusetts students attend the 86 member schools of the Massachusetts Association of Approved Private Schools, according to information the association submitted for a December oversight hearing. The schools took in $459.3 million in tuition from public school districts in fiscal 2015.