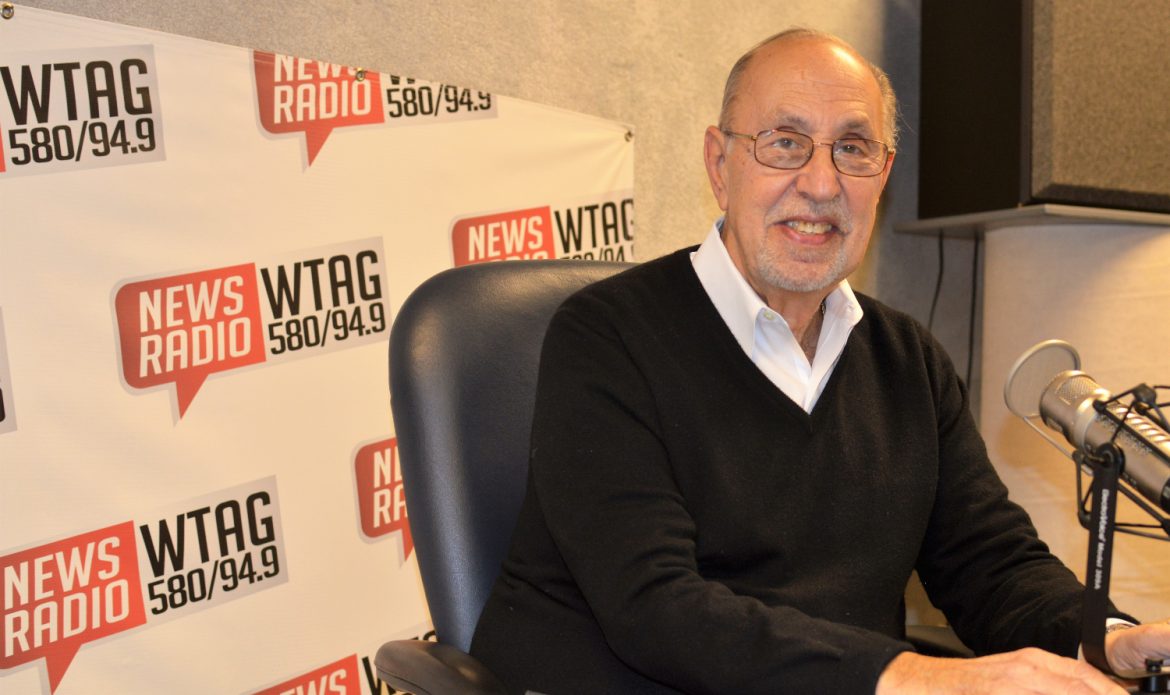 Jordan Levy, photographed Thursday, Jan. 26, at the studios of WTAG in Paxton.

Everyone who has ever voted for him, watched him speak on the floor of the City Council or listened to him on the radio has to admit that he is one of a kind. 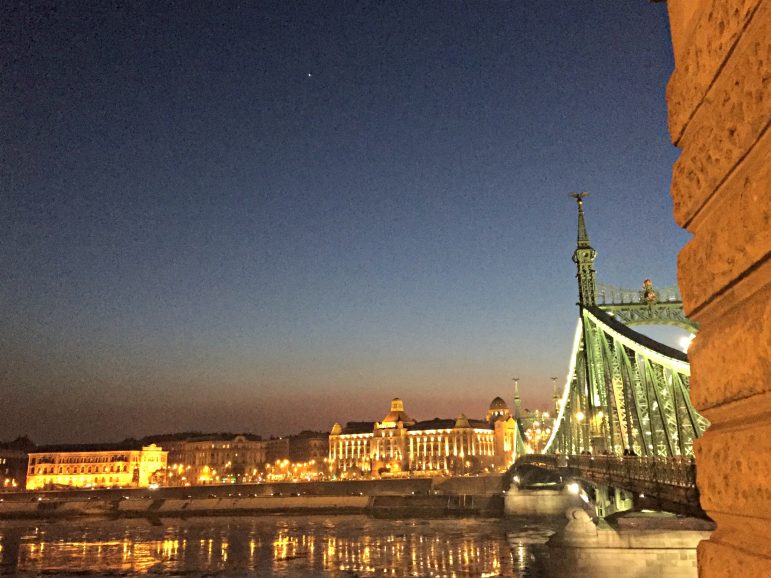 Budapest at night, from the banks of the Danube.

Sina-cism: With Bob Nemeth, in spirit, in Budapest |  “Bob wrote often about his native Hungary. The beauty of Lake Balaton. The grandeur of Budapest. The perilous war years when his father faced possible arrest and his mother, a Jew, potential deportation or worse. Bob wrote with equal passion and clarity about recent Hungarian history, the rise of the nationalist and conservative Fidesz party and its leader who ‘resorted to authoritarian rule and wholesale brainwashing. It is a recipe for failure’ …” Gee, Sinacola, wonder what brought all this on? 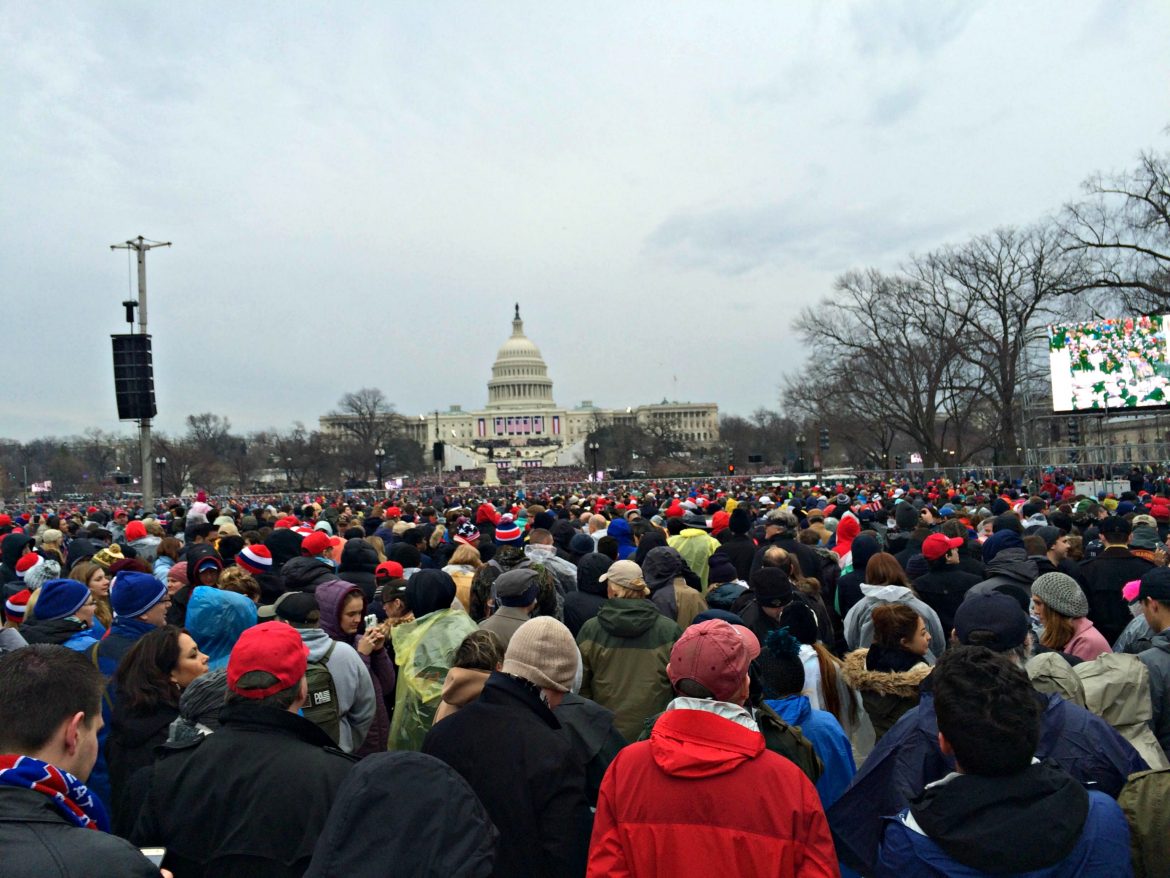 Travis Nichols: Worcester State goes to Washington |  “And we were in. Ten of us, overjoyed to hold a ticket that ‘Requests the honor of [our] presence’ from some of the most powerful people in our country, tried to get as close as we could to both the Capitol building and the huge video screen. We knew this was the right spot and settled in, about four hours early.” Find out how much time went into getting 23 Lancers to the Trump inauguration in the first place, and what it was like once those four hours were up, from WSU student leader Travis Nichols. 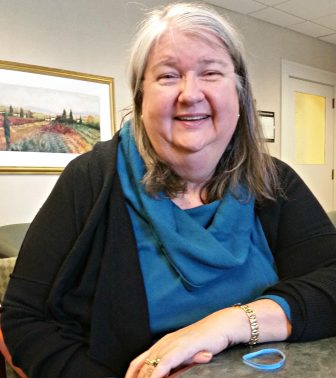 Retirement looming, QCC’s Carberry reflects on life, legacy and community |  “As she prepares to leave the post she’s held officially since her September 2007 inauguration, Gail E. Carberry can reflect on an unprecedented period of advancement for the once much-maligned ‘Quinsig.’ ‘Ten years ago when I came to QCC, a lot was missing.’ And now about the only thing missing is a clear picture of what’s next for one of the city’s most impactful education leaders. Augustine Kanjia sits down for an enlightening discussion with the outgoing president. 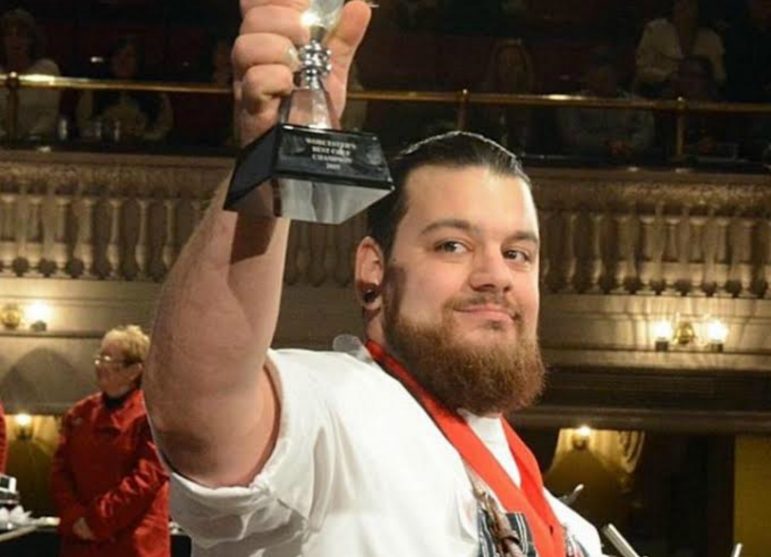 When Worcester’s best chefs compete, everybody wins |  “I’ve been a part of this event from the beginning and every year it seems to get better and better, especially with the new talent pouring into Central Massachusetts,” says Chef Al Maykel, 2013 “Iron Chef” winner of Worcester’s Best Chef, who is among the top area cooks returning for the competition’s 10th anniversary. Find out which popular Worcester chef will not be back and get a glimpse at what might be on the menu. 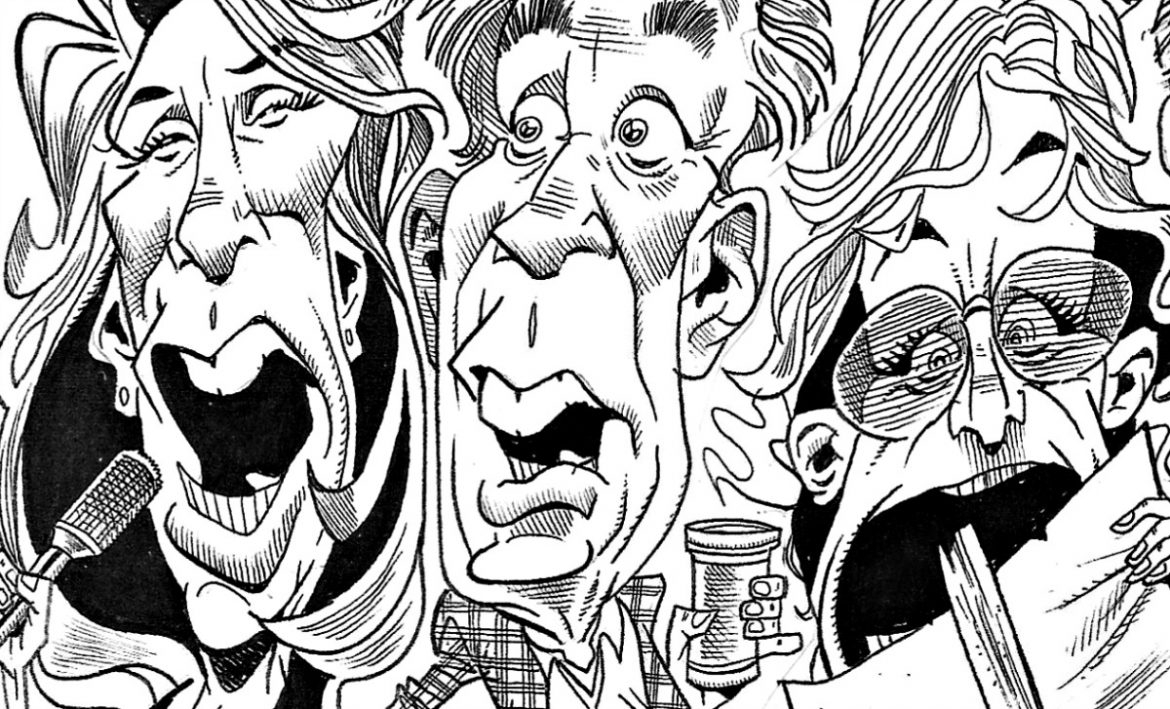 Sun Spots with Hitch [Vol. 132]: For women, walking the walk into history |  OK, so it was a march. A lot of marches. And millions of women. But who’s counting big crowds these days?! Regardless of how many women and supporters showed up for the Women’s March in Washington, D.C., and worldwide from Boston to Bogota, Nairobi to Norfolk, this was an historic moment and movement, one with potentially very bigly implications. Hitch brings it all home for Worcester. 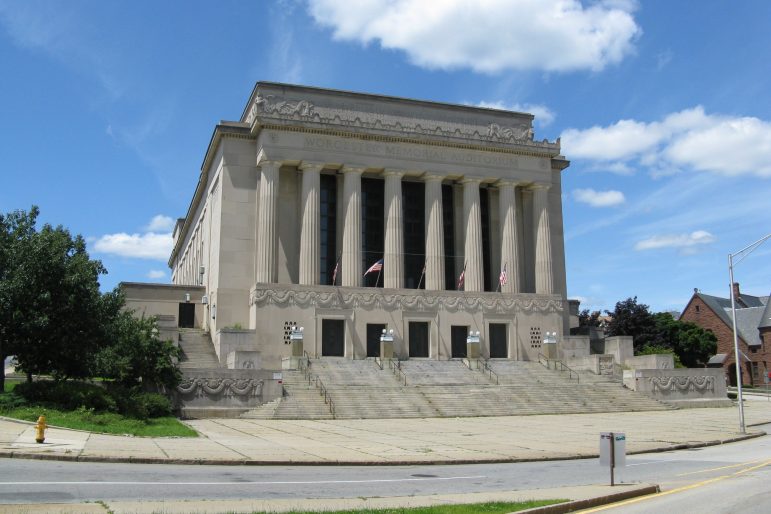 Editorial: Fresh eyes on the Aud |  Worcester Memorial Auditorium is a grand old building in search of a livelihood. It stands at Lincoln Square mostly silent and unused — and expensive to maintain. City officials have crafted an agreement with a Boston architectural organization that could be a victory for downtown and all of Worcester. 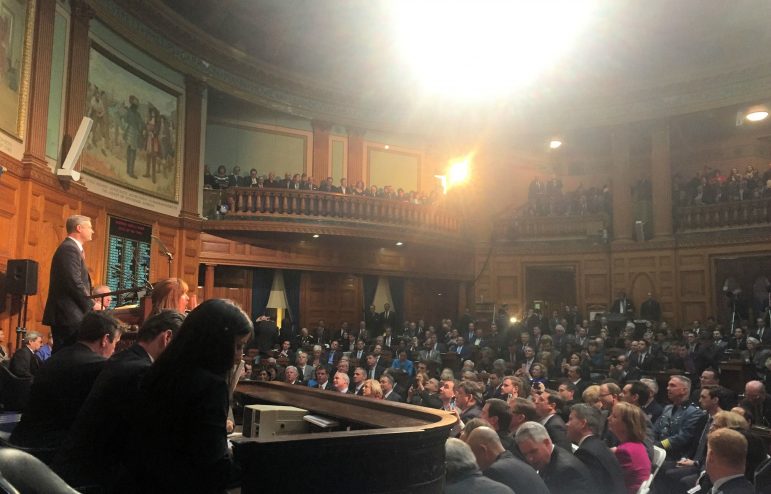 Gov. Charlie Baker gives his state of the commonwealth address.

On Beacon Hill: It’s all about that raise … but, no trouble?! |  “While I recognize the merits of updating formulas that have remained unaltered for years, or even decades, I do not feel comfortable accepting the level of compensation authorized by this legislation.” Sen. Mike Moore’s measured reaction stood out in the din of hyperbole sparked by top lawmakers’ push for an estimated $18M in salary hikes. More on the controversial bill, and how it impacts the state’s long-term economic and political outlook.

A Mother’s Journey [Part 37]: The growing pains |  “Adding new libraries to our list of affiliates is relatively easy. The pitch, the product, the curriculum all make sense. Libraries are understanding of both the value we bring to their patrons and the growing demand for such a program. After the pitch is when we run into our first challenge.” Giselle Rivera-Flores grapples with the best next steps for The Learning Hub. 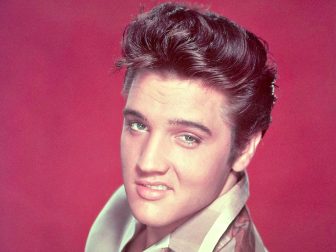 Elvis is alive in Worcester … kind of.

Worcester Weekly: ArtsWorcester College Show, Elvis Lives + more, Jan. 29-Feb. 4 |   The most fun you’ll have with a calendar of events all week. And you might just learn something, too. Here are five of the best things to do, places to go — and reasons why — the next few days. 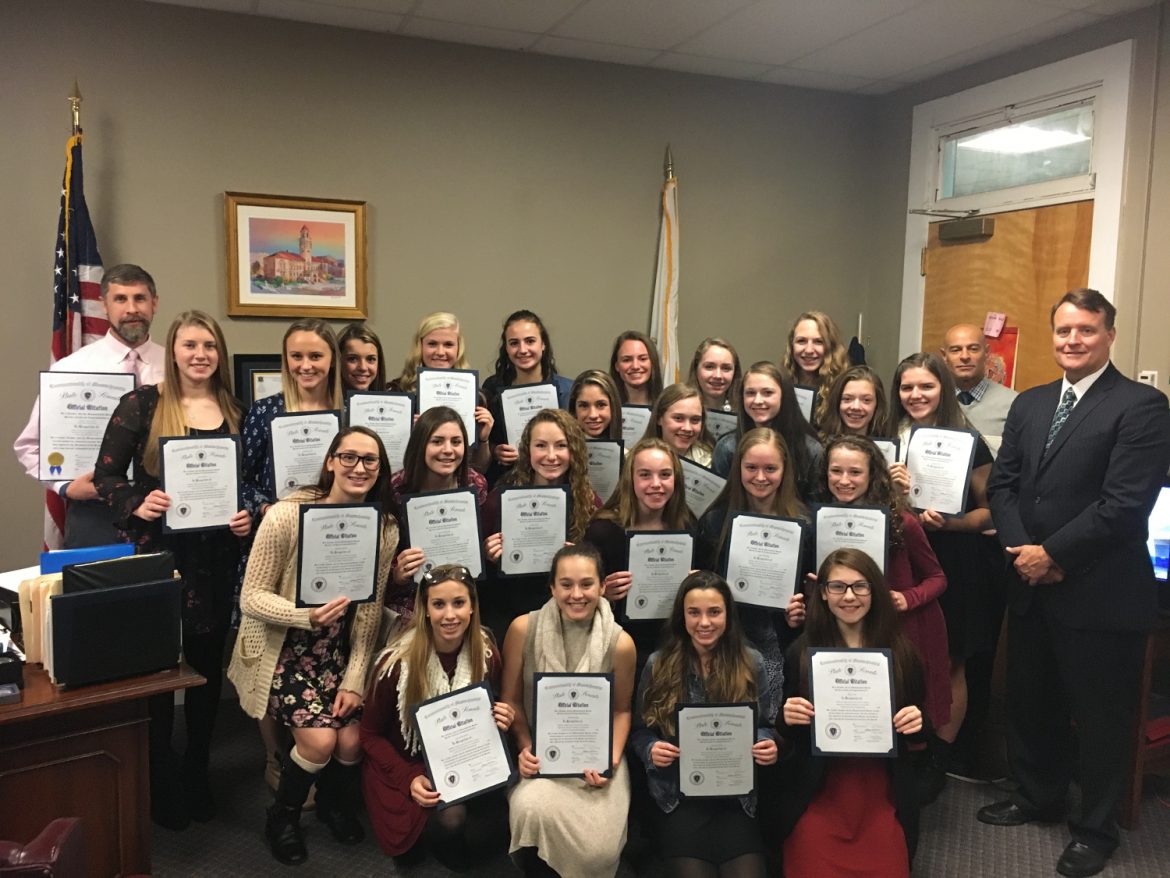 Inbox [Jan. 29]: Regis taps Holy Cross for new president, Free Tax Service is back, Genesis Club crowdfunds for clients, Moore brings Millbury champs to State House, home run derby in extra innings for Bravehearts |  Interesting and worthwhile things happen every day in our community. Alas, we can’t cover them all. That’s where Inbox comes in, to offer readers an easily digestible compilation of interesting and noteworthy items you and your neighbors keep telling us about. Have a release or a photo you or your group would like to share? Let us know by emailing it to info@worcester.ma. Be sure to include a link to the full release on your site or Facebook page so we can include it and send Sun members your way.