It could be that he’ll never be able to abide criticism, or that he doesn’t understand the American political system. Or both. It could be, too, that he has something to hide. He seems to have a personality that exudes dominance and demands acquiescence from others. On all of this, the press is an invaluable check.

President Trump is uncomfortable with open discussion of his administration.

This is a serious problem. Not just for the media, but for America.

Though the president has picked fights with numerous groups and causes in his five weeks in office — Muslims, Mexico, federal judges, the FBI, undocumented immigrants, transgender people, trade partners, the environment, election integrity, Australia — the nation’s free press seems to occupy a special place on his list.

“Enemy of the American people,” alarmingly, is how he views some members of the mainstream press.

The FAKE NEWS media (failing @nytimes, @NBCNews, @ABC, @CBS, @CNN) is not my enemy, it is the enemy of the American People!

What these “enemies” have in common is that they have criticized the Trump administration or election campaign, or probed into sensitive topics.

Currently Vladimir Putin, a true danger to democracy, is the issue with the hair trigger. Coverage concerning the extent of any influence from the Russian president and his underlings, or connections between Putin and Trump, have evoked cries of “fake news” from our president, or complaints about information leaks within his administration and U.S. national security agencies.

What was needed instead were substantive, forceful statements and reassurances with respect to the nation’s security, especially in the aftermath of a U.S. intelligence panel’s official finding that Russian hackers had interfered with the presidential election with the intent of electing Trump, a fact to which the new president has himself conceded.

Friday was a chilling day for the press and supporters of the First Amendment. It was thus a chilling day for all Americans, accustomed as we are — and deeply appreciative as we ought to be — of the blessings and duties that accompany our democracy.

In the morning, what the president said barely rose above the din of near-daily mendacity and divisiveness Americans have been subjected to under Trump.

In a speech to the annual Conservative Political Action Conference, he said, not for the first time, that news outlets that create “fake news” are “the enemy of the people.” Trump added that news reports that use unnamed sources “shouldn’t be allowed.”

He was incensed over a CNN report the day before that cited unnamed U.S. officials. CNN said FBI officials had turned down a recent request from the White House that they knock down media reports of alleged conversations between Trump associates and Russian intelligence officials during the 2016 campaign.

CNN and the New York Times also reported that administration officials prodded Republican members of Congress to reach out to media outlets and downplay any Trump-Russia connections. That worrying action was confirmed by the two GOP lawmakers who head the House and Senate intelligence committees, respectively.

(White House officials now admit to reaching out to the FBI, but not for “seeking help.”) 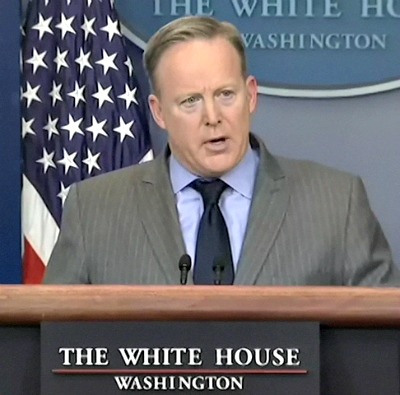 It was after Trump’s CPAC appearance, however, that the administration really went too far.

Friday afternoon, White House Press Secretary Sean Spicer barred CNN — along with several other news outlets considered part of the “liberal media” including the New York Times, the Los Angeles Times, the BBC and Politico — from attending what otherwise was a routine, non-televised press briefing.

We applaud Time magazine and The Associated Press reporters for boycotting that meeting and urge more news outlets to do the same if there is a recurrence. But what we ardently wish for is no repeat performance of this sort from the Trump administration.

The White House crossed a line that was nearly unprecedented and completely unacceptable.

Only two months ago, Spicer said at a Politico-sponsored event that “I think we have a respect for the press when it comes to the government. That is something you can’t ban an entity from. Conservative, liberal or otherwise, that’s what makes a democracy a democracy versus a dictatorship.”

“We think that’s dangerous territory,” Sally Buzbee, executive editor and senior vice president of AP, told PBS NewsHour Friday evening. She noted that the public deserves access, and that while practical limitations and compromises with the White House have always impacted the degree of that access, “We felt today was different” from anything in the past involving the White House press corps.

Like other reputable news outlets, the AP doesn’t like using unnamed sources, but will when it has to, Buzbee said on NewsHour. “It’s difficult to get the government to tell you what they’re doing,” she said, but “we view it as our mission” to get the facts.

The press asks questions. Trump and his spokesman Spicer, so far, have often answered the profession with accusations and intimidation. That stance is anti-democratic and disturbing. It’s also revealing.

Respect for the truth and openness to different points of view are signs of confidence and wisdom we expect from our leaders. Trump is dramatically failing these tests. 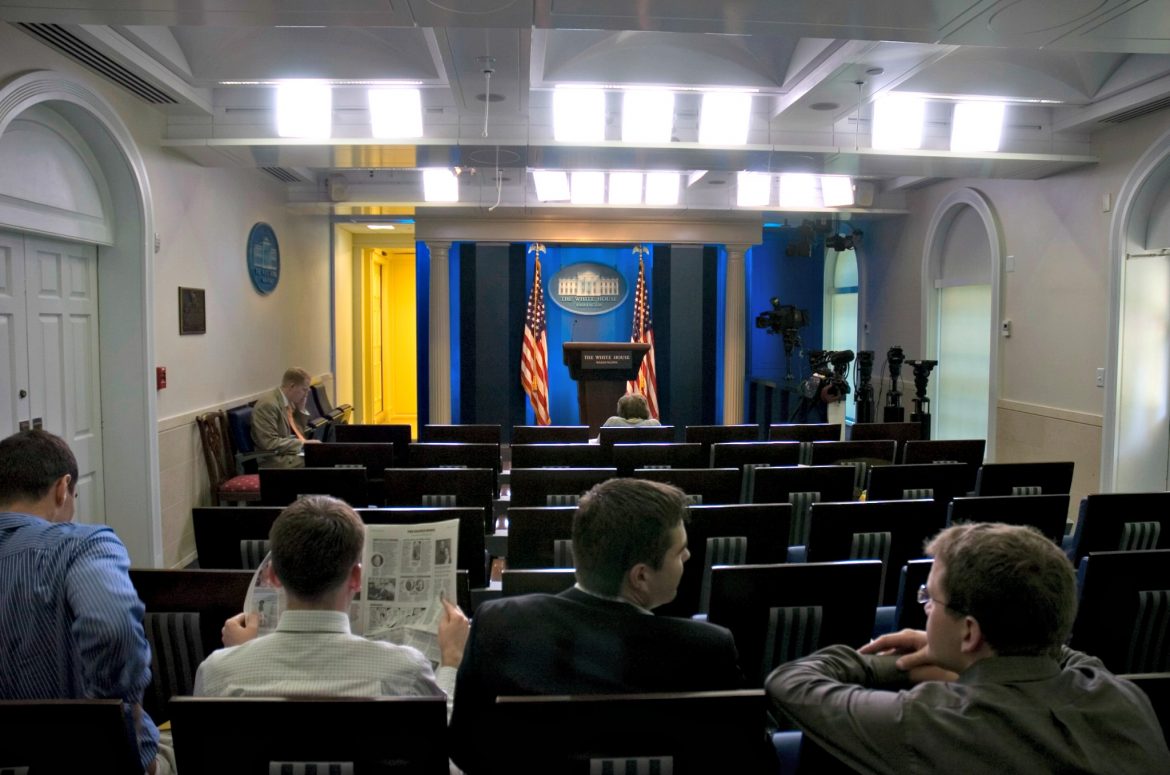 The White House press room could start to look awful empty if the administration keeps this up.

It could be that he’ll never be able to abide criticism, or that he doesn’t understand the American political system. Or both. It could be, too, that he has something to hide. He seems to have a personality that exudes dominance and demands acquiescence from others. On all of this, the press is an invaluable check.

Certainly, Trump and his top lieutenants have a lot to learn about the powerful importance of a free, professional press — and the hard push we expect from it every day to help uphold and promote our country’s fundamental principles.

It’s not going too far to state that the nation’s democratic principles are at stake.

The White House cannot build a wall between itself and the media, and certainly not one that sorts who gets in and who does not according to the president’s whim or thin skin, or whether that outlet caters to this administration’s conservative views and offers little or no pushback.

President Trump, early in his administration, is fixated on appearances. We need and hope for better from him and those, like chief strategist Stephen Bannon, who have his ear. But while he worries about who’s in, who’s out, who wins and who loses, it’s up to journalists — and the rest of us — to gather facts and information, and to observe, think and assess.

None of that sits easily with the president unless it’s complimentary. That’s all the more reason for the media — of all leanings, formats, shapes and sizes — to pursue the truth.