President Trump's immigration policies have many Americans up in arms -- but not Sinacola.

Shortly after President Trump signed an executive order attempting to withhold federal funds from so-called sanctuary cities, I watched my old friend Boston Mayor Marty Walsh speak forcefully against the president’s plan. As I was listening to him speak, I started to think about my city and what Worcester would or should do.

The purpose of this column is to give readers an opportunity to vote on the subject and to express their personal feelings. But first some background.

What is a sanctuary city?

There is some disagreement and perhaps even confusion about what being a sanctuary city actually means.

While there is no specific legal definition, the broad political term applies to a city, town, county or state that has adopted a policy not to use its funds or resources to enforce federal immigration laws, and typically forbids police and other governmental employees under its control from asking about a person’s immigration status.

The actual designation may be either formal, in that the jurisdiction sets a policy voted on by the governing body, or informal, in that certain practices take place that have some of the effects of a sanctuary city policy. In practice, what happens once a community adopts a sanctuary city policy varies. However, at a minimum, most sanctuary cities prohibit officials from asking about a person’s immigration status or stopping someone to determine their immigration status.

It is important to note that, in a sanctuary city, all federal immigration laws still apply. However, enforcement of those laws must be done by federal authorities without, or with limited, local assistance.

Where are sanctuary cities?

Sanctuary cities can be traced back thousands of years, all the way to the Old Testament. Then the meaning and practice were very different.

In 1979, Los Angeles became the first city in the United States to adopt the sanctuary designation. In that instance, the city prohibited police from initiating “police action with the objective of discovering the alien status of a person.”

Today, cities such as San Francisco provide funding to be used for legal services by the immigrant community, including undocumented immigrants. Other cities, like Chicago and Los Angeles, have similar funds, and more jurisdictions are considering establishing such accounts.

Along with cities and counties, there are four states (California, Connecticut, Rhode Island and Vermont) that have statewide laws limiting how much local police can cooperate with requests from federal authorities to hold immigrants in detention.

Currently, there are somewhere between 140 and over 200 sanctuary jurisdictions (cities, towns, counties and states) across the country, located in 32 states and the District of Columbia. Many of the country’s largest cities have some form of this policy.

In Massachusetts, according to media reports, there are six communities that have formally adopted the sanctuary city designation: Amherst, Cambridge, Chelsea, Holyoke, Northampton and Somerville.

Studies attempting to measure the impact of sanctuary city policies have produced either neutral or positive results.

In general, police departments have been reluctant to become involved in immigration matters. Many worry that by involving themselves, the police would jeopardize the hard-earned trust they had established with the immigrant community. According to NBC News, Seattle Police Chief Kathleen O’Toole said that “police leaders across the country are aligned on this issue.” 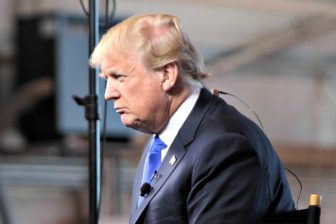 According to the president’s executive order, any jurisdictions that willfully refuse to comply with federal immigration law “are not eligible to receive Federal grants, except as deemed necessary for law enforcement purposes by the attorney general or the secretary (Homeland Security).”

The White House has not said what specific types of federal funds will be withheld but most observers agree that, depending on the community, the amount could be significant. However, observers also agree that federal funds appropriated specifically by Congress cannot be limited.

If and when federal funds are withheld, legal challenges are likely to ensue.

The Worcester City Council has never adopted a sanctuary city policy. Nevertheless, following the president’s executive order and all of the publicity, City Councilor Michael Gaffney submitted a resolution asking the Council to go on record against becoming a sanctuary city.

While Worcester has no sanctuary city policy, the Worcester Police Department, like many police departments across Massachusetts, does not involve itself in federal immigration matters by asking about someone’s immigration status

Just prior to last Tuesday’s City Council meeting, as many as 1,000 area residents, perhaps a few more, gathered in front of City Hall, in below-freezing temperatures and a light snow, to oppose President Trump’s various executive orders and to oppose Gaffney’s resolution.

Once the meeting started, Gaffney and Trump took a beating. First it was more than two hours of citizen testimony. Much of the testimony focused on Trump’s 90-day ban prohibiting citizens from seven Muslim-majority countries from entering the United States.

Then it was the councilors’ turn. As he had done at the rally, Mayor Joe Petty did everything he could to tie Gaffney to Trump. “In the United States of America, people are living in fear,” Petty said, directing his comments at Gaffney.

In defense of his actions, Gaffney tried to deflect the criticism, saying that even though everyone had spoken against him, everyone was really in agreement. He read the specific wording of his resolution to make his point. Not a single citizen spoke in Gaffney’s defense.

When the voting took place, Gaffney’s resolution was defeated by a vote of 9-2, with only Councilor Konnie Lukes joining Gaffney.

So, what do you think? Should Worcester become a sanctuary city? I would like to invite you to complete the very brief online survey at the end of this column. I would also invite you to comment or email me by clicking on the link below and sharing your thoughts.

In next week’s column, I will report on the results and your comments.

There are five yes or no questions. Please answer each one. (And don’t forget to share your thoughts with Ray in the comments below, on Facebook or at Mariano@worcester.ma.)

19 thoughts on “Mariano: VOTE: Should Worcester be a sanctuary city?”