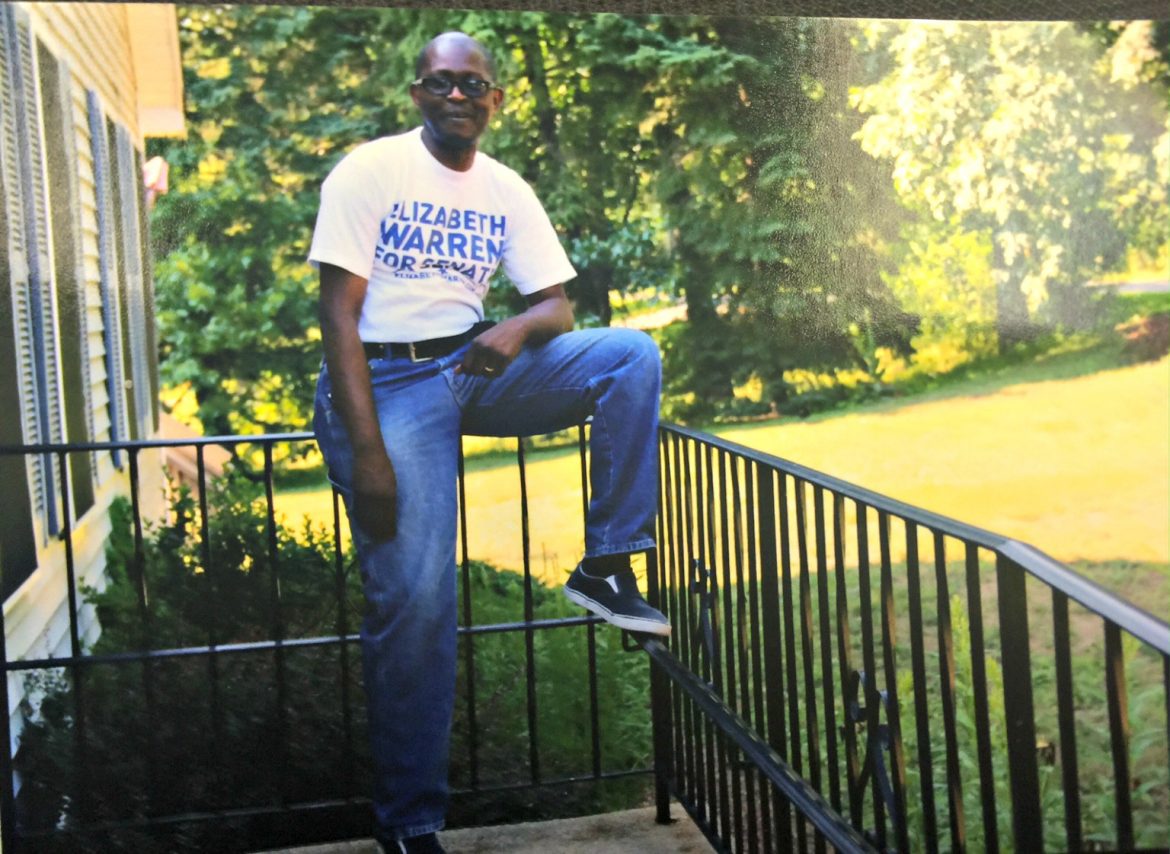 Getting a leg up at work has proved challenging for Augustine.

My days were quite full. Not only with my new job and keeping my family fed, but with a challenging course schedule at Quinsigamond Community College.

I had loads of reading to do, piles of written homework, research and mathematics problems to grapple. It was a struggle, but I’d begun by loving school, and I felt the pinch of learning in a corner of my heart. “When you complete your education,” I thought, “you will be respected at home and abroad. In fact, you would get better pay and be on top of things. Why not just pretend as if your grandmother stands by you right now, urging you with a cane to go to school. Think how she wanted you [to become] the most educated at home.”

It seemed sometimes as if I were in a trance. Until I inevitably awoke to reality and realized I had more work to do. I needed to apply more effort. And I needed to not be distracted by what some of our Sierra Leonean friends were thinking and saying about me when they met.

I needed courage, but even Theresa had doubts. I could feel my wife saying, “Now that you are in college with these girls, I know you will fall in love with them.” My main worry was never the girls, but to achieve quickly, stop going to school and get a better job.

People worry about me more than I do for myself.

Augustine’s last chapter: Job offer sends me back to school Or scroll down to catch up from earlier in the remarkable tale

Some Sierra Leoneans, including those who had been friends and helpful in our resettlement in Worcester, were talking about me. They were together often, and they all seemed to think my varied interests, particularly education, were keeping me from properly providing for my family. In most instances my daughter, Alice, would be among them. She would not say anything to deter them but rather join in and tell them what she knows about me. She was my daughter, but having been estranged for long periods we had a complicated relationship and had drifted apart here in America.

I was too busy to worry much about what they all were saying, with school, work and taking my wife around town for her errands and to see our friends.

We soon decided to buy a Nissan Pathfinder, a vehicle we thought could be very strong and last longer than the $700 Dodge Neon we’d first bought. We got one, and it was superb. We paid for it every month, so our financial problems weren’t going anywhere. The group of gossips had made it a point to put my name on their radii each time they met for a drink or a party. But to my face they would say nothing. They were heard saying that I don’t want to work, only to sit in cars that I cannot afford and galavant while my wife goes to work. That they had never seen an unserious man like me. They felt I should leave school, stop going up and down financially. The secret was, these guys had lived longer in Worcester but had not been able to buy a car like mine and had not gone to school either.

Above all I was quite older than them. They were not supposed to compare themselves to me. I have my own life to live.

We had all joined an organization of transplanted Sierra Leoneans in Lowell. After a few meetings, there was an election of new officers. The others from Worcester did not want me to be among the leaders of our new group. I knew how they felt, but those were their feelings; they needed to own them. I was elected secretary. The president, who lived in Lowell, was initially influenced by my “friends” to keep me out of the loop. Despite my election, I was not invited to the first few meetings. I was bold to have called attention to the matter and get it resolved. 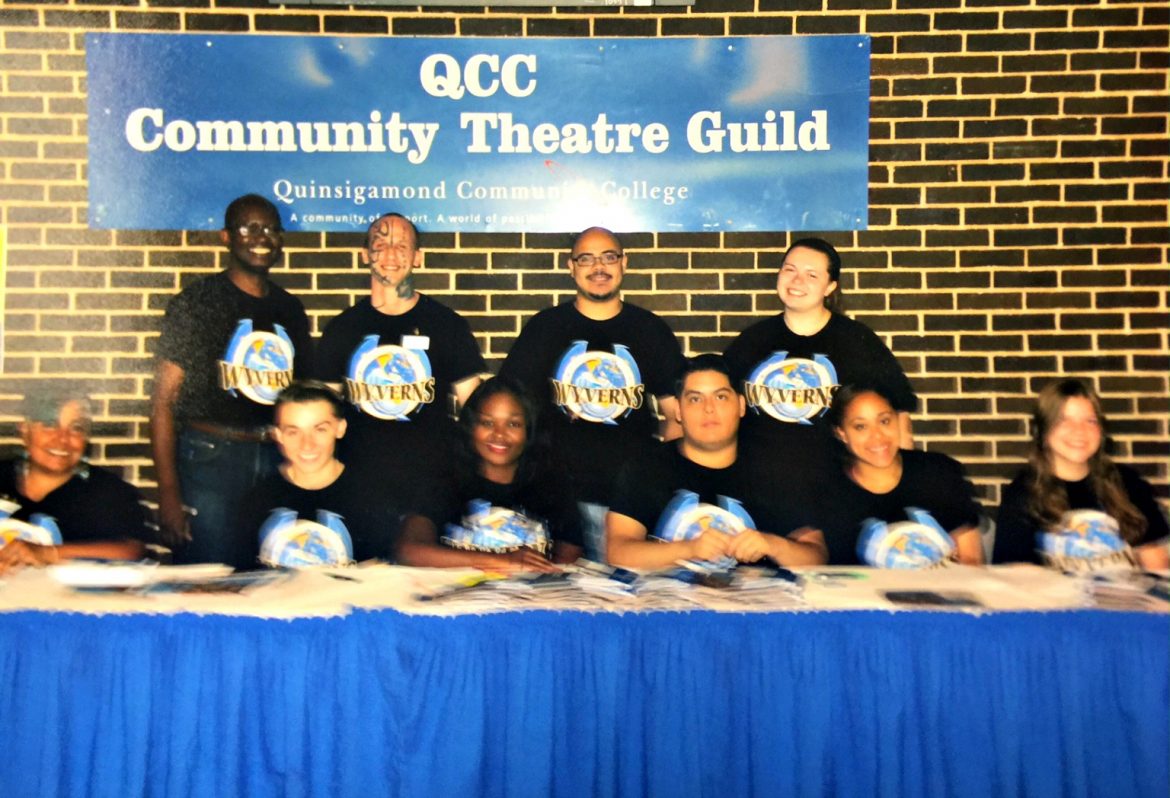 There were many distractions, indeed, as I was coping with new realities. Things I did not want to see, things I never wanted to do — these were the tasks I was charged with to earn money. I was employed to stay awake the whole night, which was no fun. My eyes changed with the lack of sleep. No one would understand how it felt. It was all pleasantries when I met good friends, except when we talked about my job. They were good people and knew the suffering I was going through. I was always asked how I fared at work. Since they were my friends, I would tell them and ask them for help.

Meanwhile, work was not going to be easy.

The first day after my orientation at a Seven Hills Foundation facility in Grafton came a warning letter to the whole staff. They’d forgotten to do something, but why should I be included, I asked my new boss, a young lady. She said it was normal to give warnings to the whole staff so nobody was singled out. I decided to try to just forget it — it is nothing. I did not know much about warning letters in America. In Africa they exist, but I had never received one. This warning, I soon realized, was an indicator for me to beware what was ahead of me at work.

My studies were unrelenting. I was assigned to the overnight shift, though, which was quite conducive for a “schoolboy” like me. Sleeping less was difficult; I overloaded my brain, but there was no doubt I was doing fine with my courses at QCC.

My first semester results were great after ages away from formal studies. I did three subjects as a trial. I got three straight A’s. I received a letter from the college congratulating me and putting me on the honor roll. I felt very good about myself. I braced myself for a more difficult challenge. My advisor was Mr. Joseph Adams. He was in charge of refugee students and non-traditional students. He was superb. He had gotten me a good tutor in mathematics and I began to improve. Meanwhile I became involved in the life of the college. I was busy with student senate, being a student ambassador, and any new thing that came on campus. 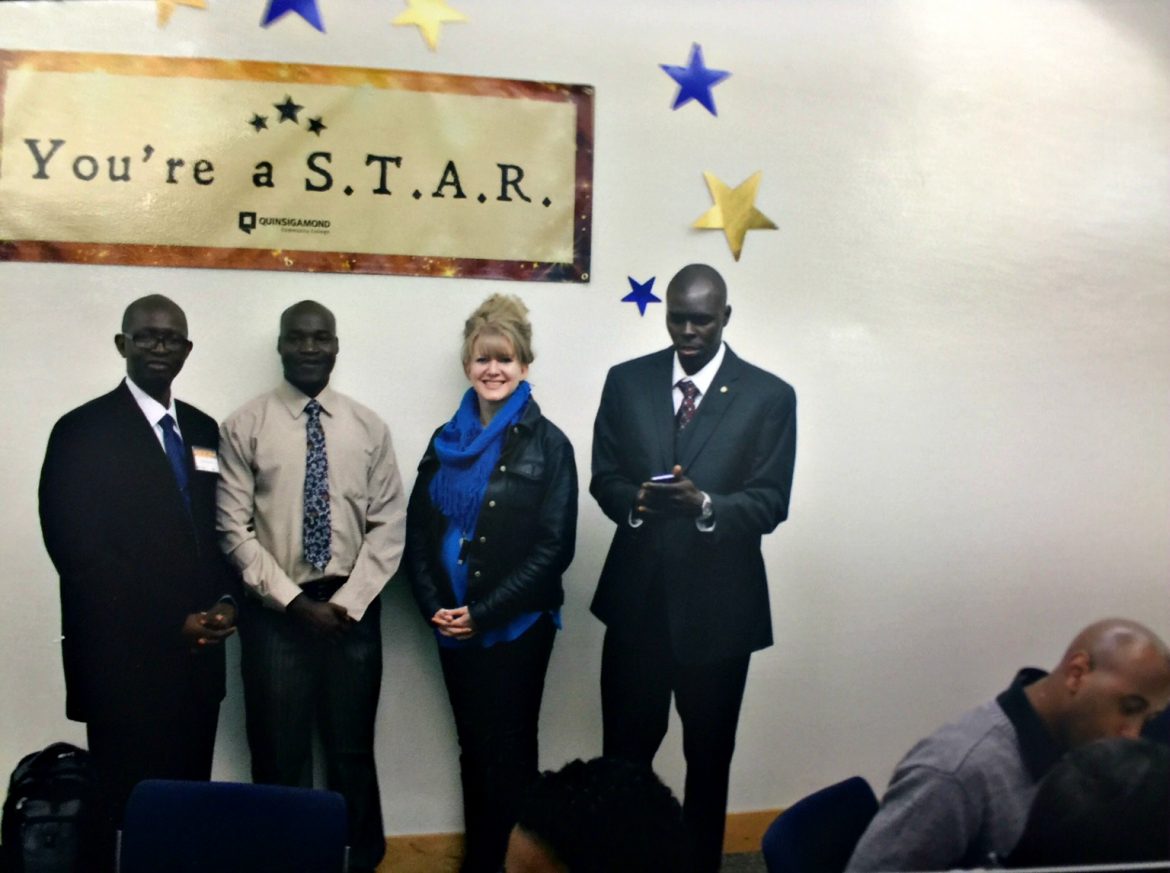 Augustine poses with fellow honorees, and their instructor Kristen, at his STAR ceremony at QCC.

My wife had started a new healthcare job, and she would have to travel to Northborough and Westborough and sometimes Cambridge. She did not know how to drive, so it was my job to drop her off and pick her up. I had a lot of pressure on me. My job, my school and my family. I was left with little to no social life. I managed to be a part of some of our meetings in Lowell.

My workplace brought a mountain of problems. Many people were being sacked for reasons we didn’t understand. I noticed my boss, the resident director, was trying to find her own way. She was also new and felt she had to prove herself. I got warning letters often and began to think she took delight in issuing them to me. I did not know how many warnings would be equal to dismissal. Some of my workmates felt I was proud, or arrogant, for showing that I was more educated. I was only a humble servant of God, I thought, even going to church on Sundays from work. That did not go down well with everyone, though some of them understood my situation and would not mind me leaving work early on Sunday mornings.

I was reprimanded for either not cleaning the bathroom or a medication error. The latter was the worst of all. My boss attributed the warnings to my concentration in my studies. She said I should never bring my computer and books to work. That was tough for me, but I knew what I had to do. She had also seen my homework that had left on the printer. I admitted to printing it, and she warned me not to touch the work computers for anything but my timesheet and signature. I was shocked and decided to look for something better.

I had applied to be a resident director there. I was sure I could get the job, but before the interview I was reminded I had several warnings and that I should be an employee in good standing before I apply. I did not give up. I will do it again when this is cleared.

I had meanwhile made a good name at school. There was nothing to do but forge ahead. I was given a scholarship for my hard work. I felt great for my achievement. Many of my professors respected me. I was chosen as a STAR [Student To Admire and Respect] with a few others. My wife still thought I was flirting with young girls. Theresa thought my being a STAR would attract many more. I told many of them how I was accused of pursuing them. No one bothered — they only avoided me!

My mentor was Josh Martin. It was only for a short time because he was very busy on campus. He directed me in many great ways to succeed. He is still there for me. That I should write today for Worcester Sun, he is the man behind it.

My full-time job, though, still hangs in the balance. I have always fallen into trouble at work. And many problems are pending. I have done my best at school, and I am doing my best to maintain this job until I can get a better one that will help my family more.

174 thoughts on “The unbelievably true story of Augustine Kanjia continues … Part 32: To Be a Man is Not Easy”