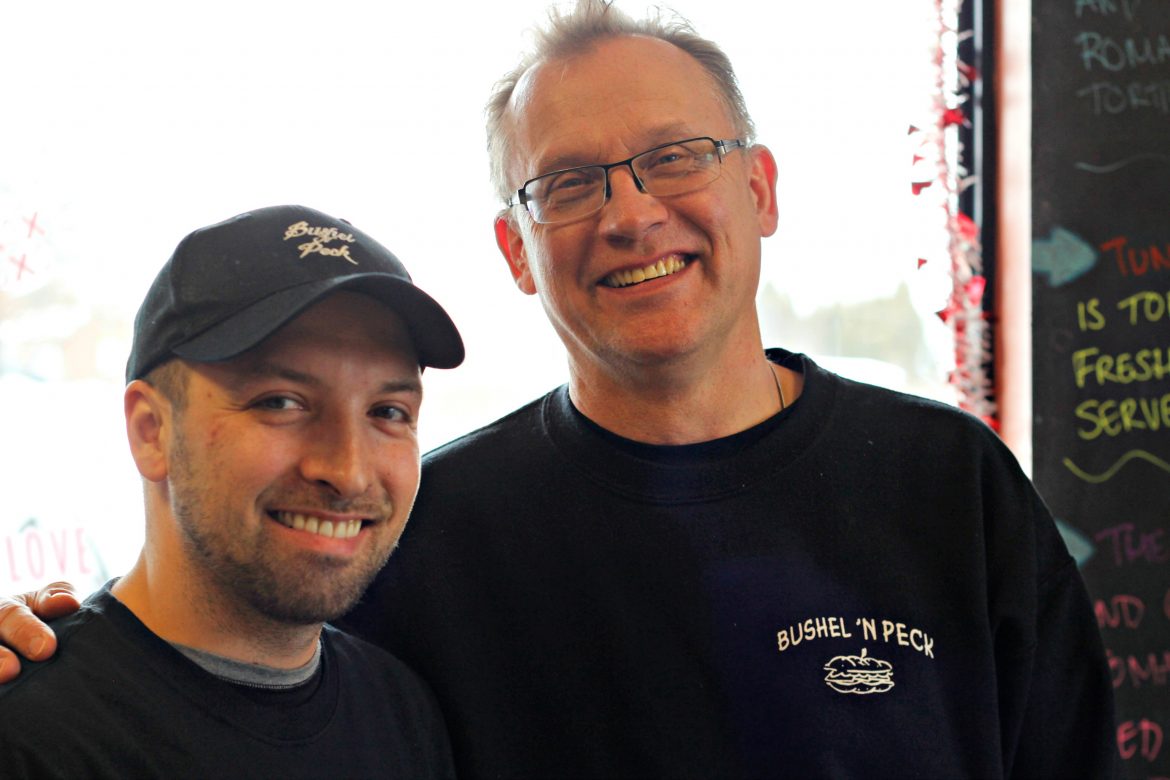 Often nestled in the nooks and crannies of major cities, the classic American deli can sometimes simply be overlooked in these days of style over substance.

Maybe even by a local food writer who doesn’t get up to The Summit very much.

Besides, plating iconic lunchtime favorites and holding the line on affordability appears to be a formula that will be keeping Bushel N Peck around for a while, no matter who’s in charge. Putting their customers first is, indeed, the top item on the menu (though loyalists might make a case for the signature Italian — either wrapped and ready or made to order).

“We are at an advantage with our customers as we can connect with them one-on-one every day. We are always open to discussing any new ideas or issues they may have with our locations,” says Michael Bartosiewicz, who bought two locations, at East Mountain Street and Tatnuck Square, in 2005 from Tom Sr. and Elsa Oliveri.

“We engage with our customers through social media, which is a vital tool for us. Through this, we learn what dishes work at each Bushel N Peck and we offer different options depending on the location and the wants of the customers.”

When the Oliveris opened their first deli in 1980 at 643 Chandler St., a worthy walk for nearby Worcester State students, it was known as Elsa’s Bushel N Peck, but otherwise looked a lot like it does today.

After 25 years, though, the Oliveris, the family behind Peppercorn’s on Park Avenue and other local establishments, decided it was time to get out of the deli business.

“After realizing neither of [his] two sons wanted to continue the business, Tom Oliveri asked me if I was interested,” Bartosiewicz said. “Of course, I was completely interested. I was intrigued in the opportunity because I worked at Bushel N Peck since I was in high school and it was a dream of mine to own it someday.”

Staying true to its roots, the menu and prices continue to offer a distinct combination of food, service and value, ranging from signature grinders — like the Jenerator, Elsa’s Choice and the Road Runner — to pasta dishes and salads, with most items less than $10. 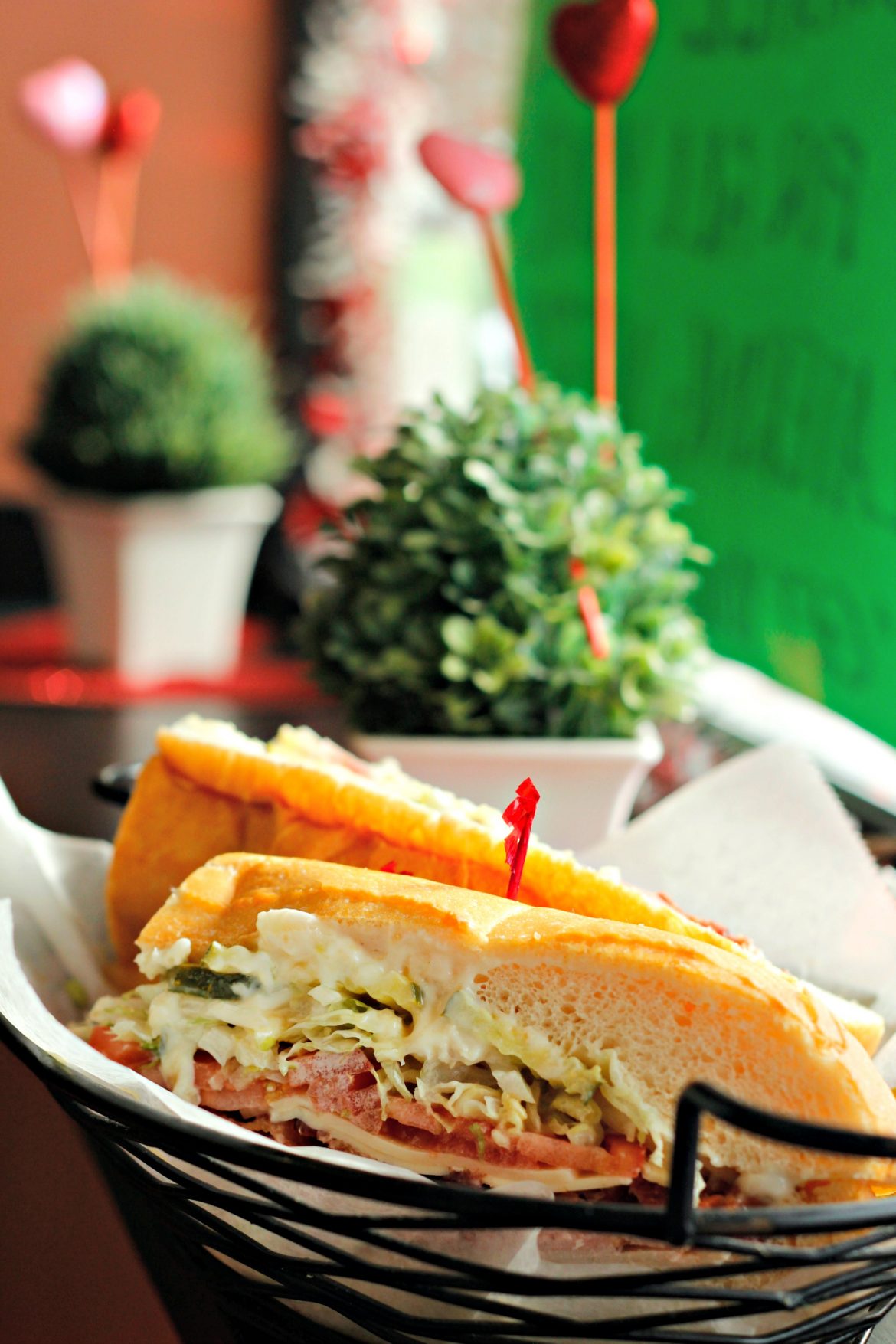 One thing that has changed is the number of locations.

In 2013, Bartosiewicz bought the former Branded Bear Deli, just off the common in his hometown of Grafton. The Clinton Bushel N Peck opened in May 2015.

“Owning four locations is extremely time-consuming,” says Bartosiewicz. “But having Chef Michael Ashley with us over the last four years has allowed us to be more efficient and productive.”

Ashley, who also hails from Grafton, couldn’t resist touching base when his former colleague brought the old deli to their town, not to mention “at the top of the hill from my house.”

“We had previously worked together with the Oliveri family at many of their establishments and seeing Bushel N Peck expand, intrigued me,” Ashley said.

“With a large void for quality food at an affordable price, especially for lunch, in Grafton, the new location made perfect sense,” Ashley said.

“A friend told us about a great location at an affordable price and we thought it would be great to continue expanding,” he said.

The Grafton shop, which was featured on the “Phantom Gourmet” TV show in 2015, has a bit of a different menu that includes a wide variety of entree options — from shepherd’s pie and chicken kabobs to short ribs and salmon dishes — and also maintains a “healthy choice” menu with lighter options available daily.

Ashley, a three-time winner at the Blackstone Valley Chowder Festival who has also competed at Worcester’s Best Chef, brought the “healthy choice” concept to Bushel N Peck, according to its website, after he was inspired by his wife to help her reach a weight-loss goal.

“We are constantly working on our menus to maintain a consistency with our products at all locations,” said Bartosiewicz, a Worcester native with an accounting degree from Nichols College, who besides his early days at Bushel N Peck learned the restaurant ropes from his father, who worked at the Blue Belle Diner.

With a handle on social media and how to reach the modern customer, and an old-school focus on value and service, Bushel N Peck finds itself in good hands.