As the remaining days pass before the owners of Notre Dame des Canadiens Church can legally demolish the iconic 1929 structure at Salem Square, there is renewed but quiet optimism that it can be saved from the forces of “progress.”

Last Friday afternoon, Preservation Worcester released a 13-page development package, schematics and prospective rehabilitation budget for the church. That was quickly followed by news that City Square II Development Co. LLC, which is controlled by The Hanover Insurance Group, has entered into an agreement to sell the church to a buyer it did not identify.

Concurrently with the development package, Preservation Worcester petitioned City Council to accept a non-binding resolution urging “all parties controlling the future of Notre Dame des Canadiens Church to delay its demolition for a reasonable additional period of time to allow for potential developers to pursue its development.”

The resolution was adopted at last night’s meeting by an overwhelmingly supportive City Council.

According to executive director Deborah Packard, Preservation Worcester is in contact with two prospective developers. One toured the church last week and another was scheduled to visit the site today, she told the Sun March 27.

Preservation Worcester’s development package includes 11 examples of how historic churches have been re-imagined and reused. The examples include a brewery, restaurant, performance center, office space, residential units, a book store, high-end retail and even a rock-climbing gym and skatepark.

A strong economic case exists for an adaptive reuse of the church.

The most recent shining example of this in downtown Worcester is the Hanover Theatre for the Performing Arts.

Mandell quoted Troy Siebels, Hanover president: “It cost $32 million to renovate the Hanover. Would it have been less expensive to tear down and to have built a new building? Perhaps! But if we had done that, we would not be as successful as we are today.”

The dollars need to make sense, though, for a developer to launch such an ambitious project, the price of which Preservation Worcester pegs to be about $20 million.

Time is not a friend to those wishing to save the church, which was closed in 2007 and sold in 2010. The one-year delay after which the owner is free to raze the building expires in less than three weeks. 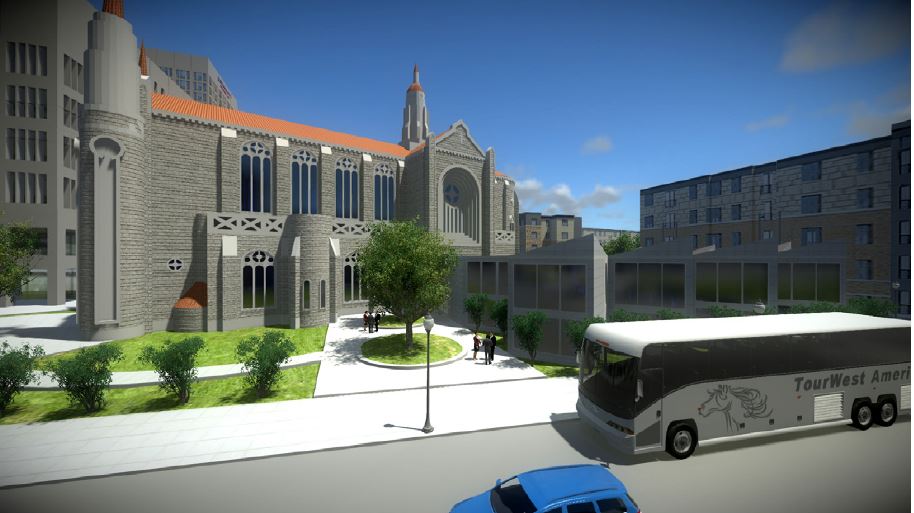 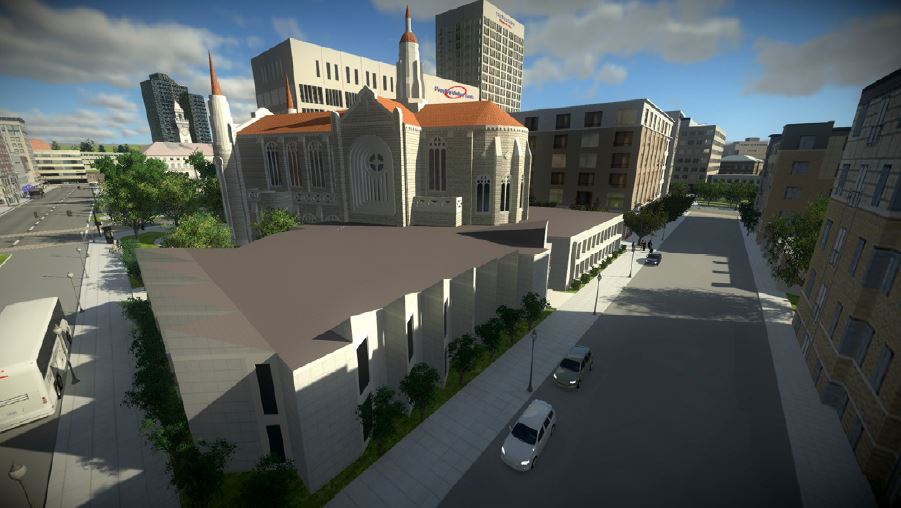 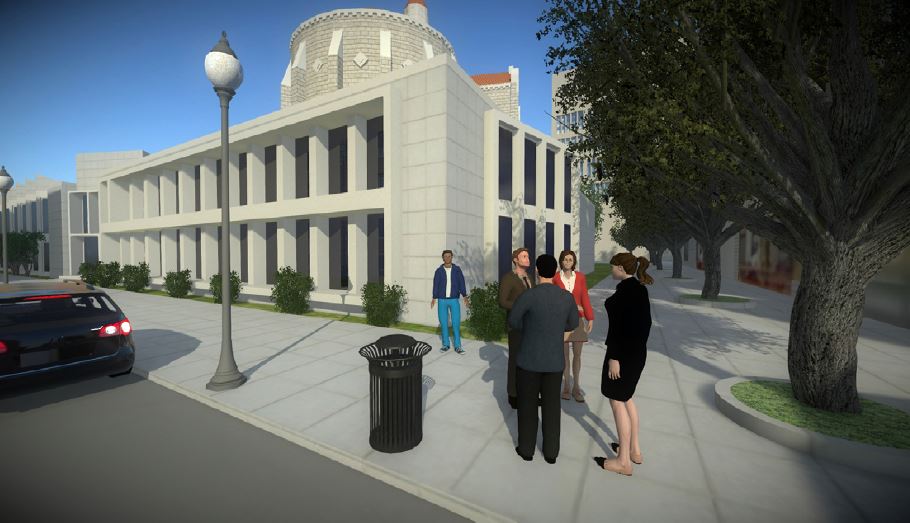 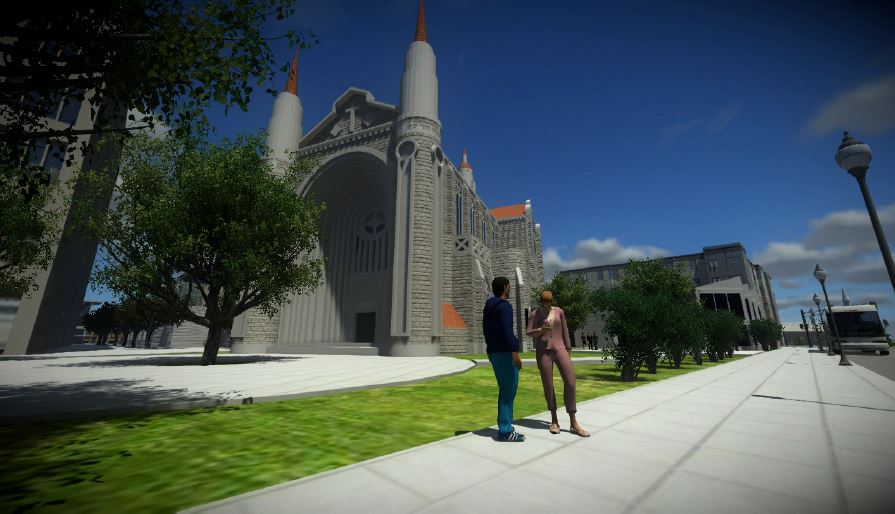 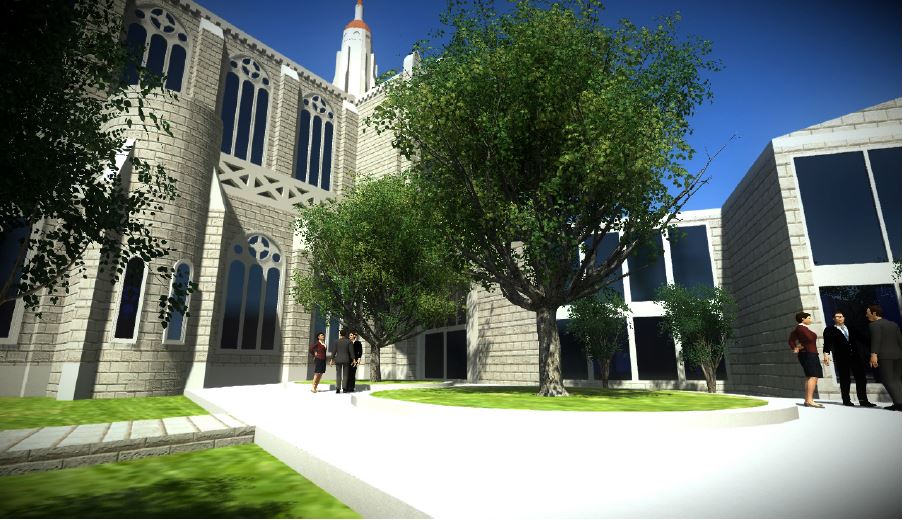 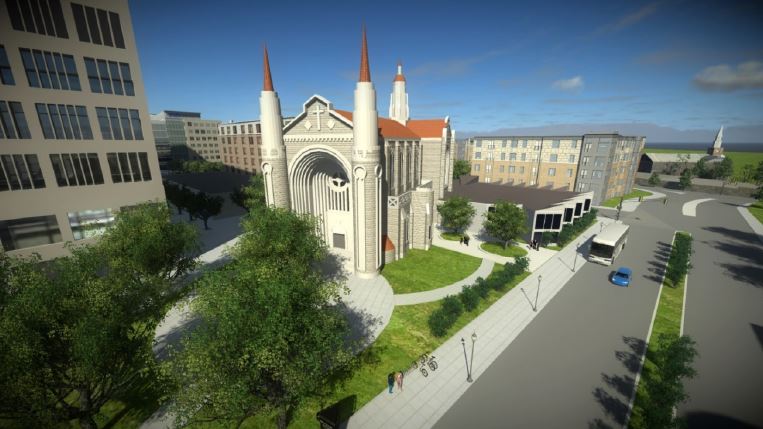 Despite the most promising signs in recent memory, saving the church is far from a sure thing.

“People have come up with great uses for the space and we appreciate that Preservation Worcester has yet another idea for the space,” Pamela Jonah of CitySquare II told the Telegram & Gazette. “But it is just that, an idea that is in the form of a marketing proposal presented at the 11th hour without a developer or investor willing to make the financial commitment.”

City Square II and Hanover deserve all of the credit for resurrecting the stalled City Square project and everything that has happened since — the Unum building, the $90 million residential development 145 Front Street at City Square, the demolition of the former Galleria [or, if you prefer, Fashion Outlets], to name just a few.

We need to take it at its word that it has attempted to find a new use for the church. However, its lack of transparency in this process, as Packard and others detailed for the City Council last night, is troubling.

Moreover, we can only hope City Square II’s agreement to sell was done in good faith rather than an attempt to distance itself and Hanover from bad PR that might be associated with the church’s demolition.

Public-private partnerships, teamwork and collaboration are more than buzzwords in Worcester; they comprise an ethos that separates it from other post-industrial cities trying to find their way in the 21st Century.

Strong neighborhoods, strong businesses, strong colleges, strong leadership and strong history are hallmarks of Worcester. Focused properly, these attributes can and have led to great things.

It is the 11th hour for Notre Dame des Canadiens Church. There is no guarantee that even the most concerted effort to repurpose the church can change its fate.

But if it falls it will be gone forever. The least that can be done, what we owe ourselves to maintain a part of our history, is a concerted effort to see if Notre Dame can be saved.