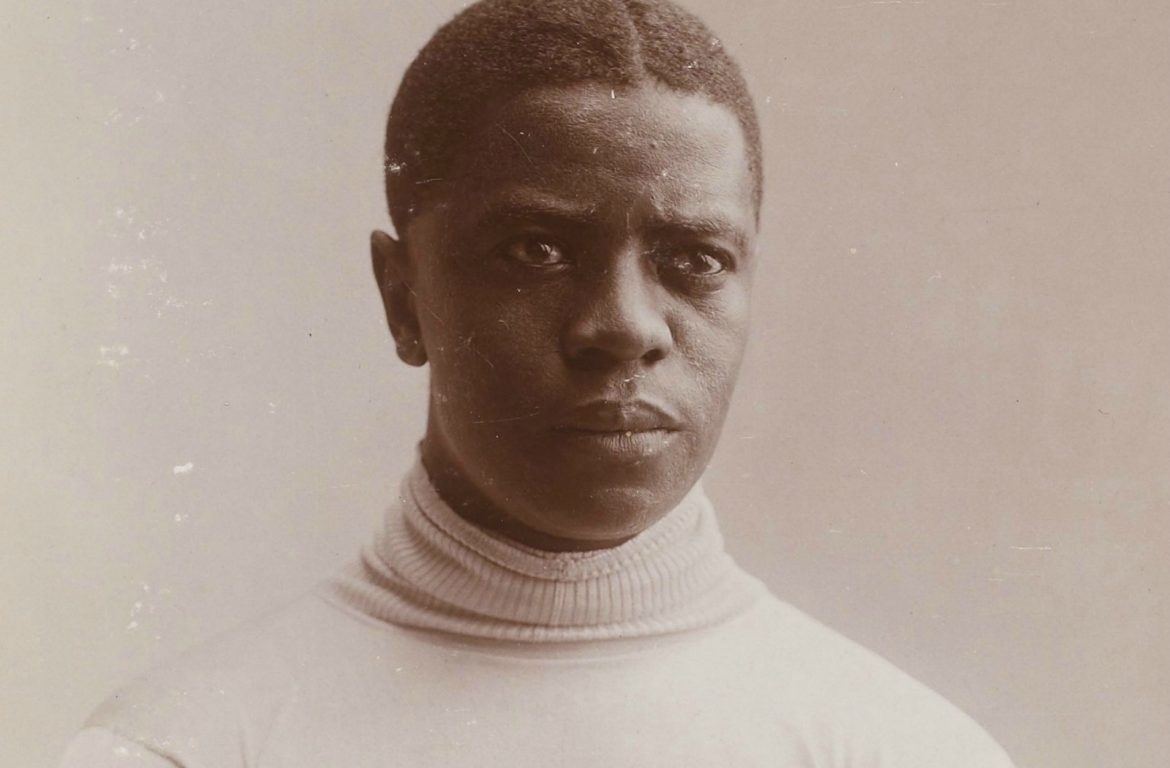 Running from Foster to Highland streets through the heart of downtown Worcester — and never more than a few blocks away from the infamous incline of George Street — is Major Taylor Boulevard.

The bustling thoroughfare is named after Marshall “Major” Taylor, a pioneering athlete who trained to become the first black world champion cyclist in 1899 by repeatedly sprinting the steep 500 feet between Main and Harvard streets. The second world-champion black athlete, after boxer George Dixon, Taylor’s grueling workout inspired an annual fundraising event at George Street that continues with its 15th edition in July.

The American sprint champion in 1900 and one-time holder of seven world records, Taylor retired in 1910 at 32 years old, fell on hard times and died destitute at 53 in a Chicago hospital, his legacy all but forgotten already. 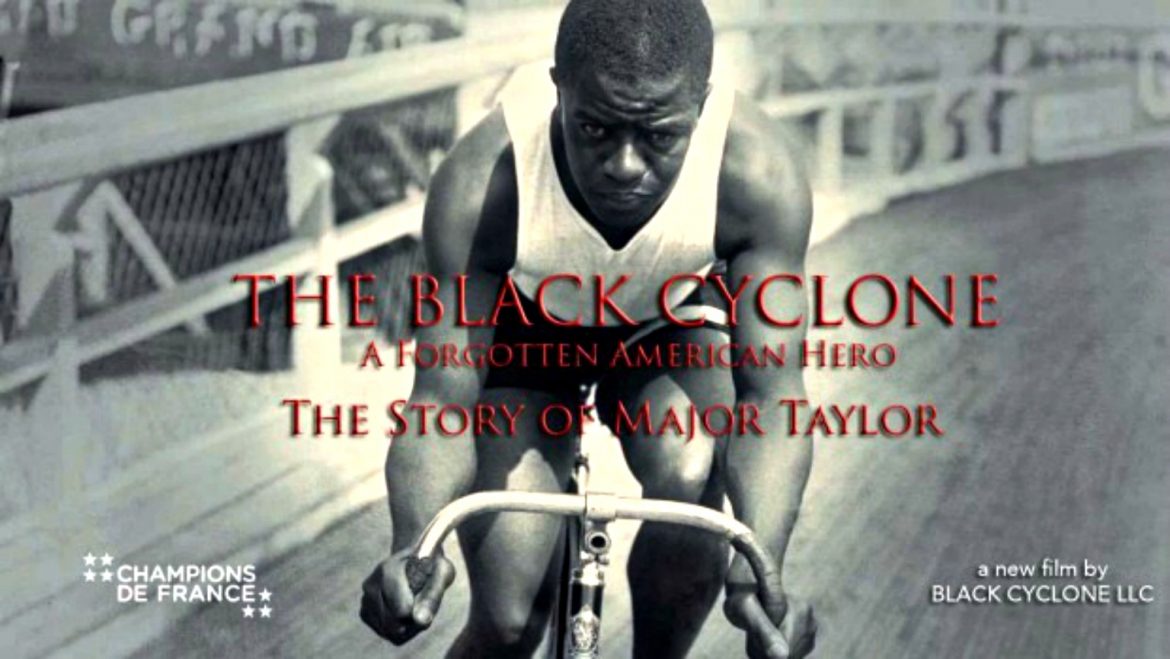 Locally, the Major Taylor Association has attended to that legacy with events, including the George Street Challenge, not to mention a downtown monument, for the man known as “The Worcester Whirlwind” and “The Black Cyclone.” A number of books have been written, as well, but many feel his impactful life deserves more attention

In an effort to shed more light on Taylor’s heroics on a national level, a group from Beverly Hills, California — including producer Rashid Bahati, author John Howard and script writer Rob Walker — have come together to create a feature film, “The Black Cyclone.”

“It’s a really important story to tell and it lends itself to dramatic treatment on the big screen,” said Lynne Tolman, executive director of the Worcester-based Major Taylor Association. “It’s Jackie Robinson 50 years earlier with some even more harrowing components to the story.”

Taylor moved to Worcester from Indiana in 1895 at the age of 15 with his trainer and mentor, Louis “Birdie” Munger, who was planning to open a bike factory in the city but also seeking a more tolerant atmosphere for Taylor than existed in the Midwest.

“This is a man that came up during during the most violently enforced period of segregation in our country’s history and stood up to that challenge and made it to the very top of his chosen endeavor,” Tolman said. “Major Taylor faced closed doors and open hostility with remarkable dignity.”

He purchased a home in the Columbus Park area of Worcester, a “well-to-do” neighborhood at the time, where the neighbors were alarmed that a black man was moving into the area and even offered to pay him double the amount he paid for his home just for Taylor to move.

Tolman said that after a short time, Taylor’s neighbors realized he was “a distinguished gentleman” and got over it rather quickly. 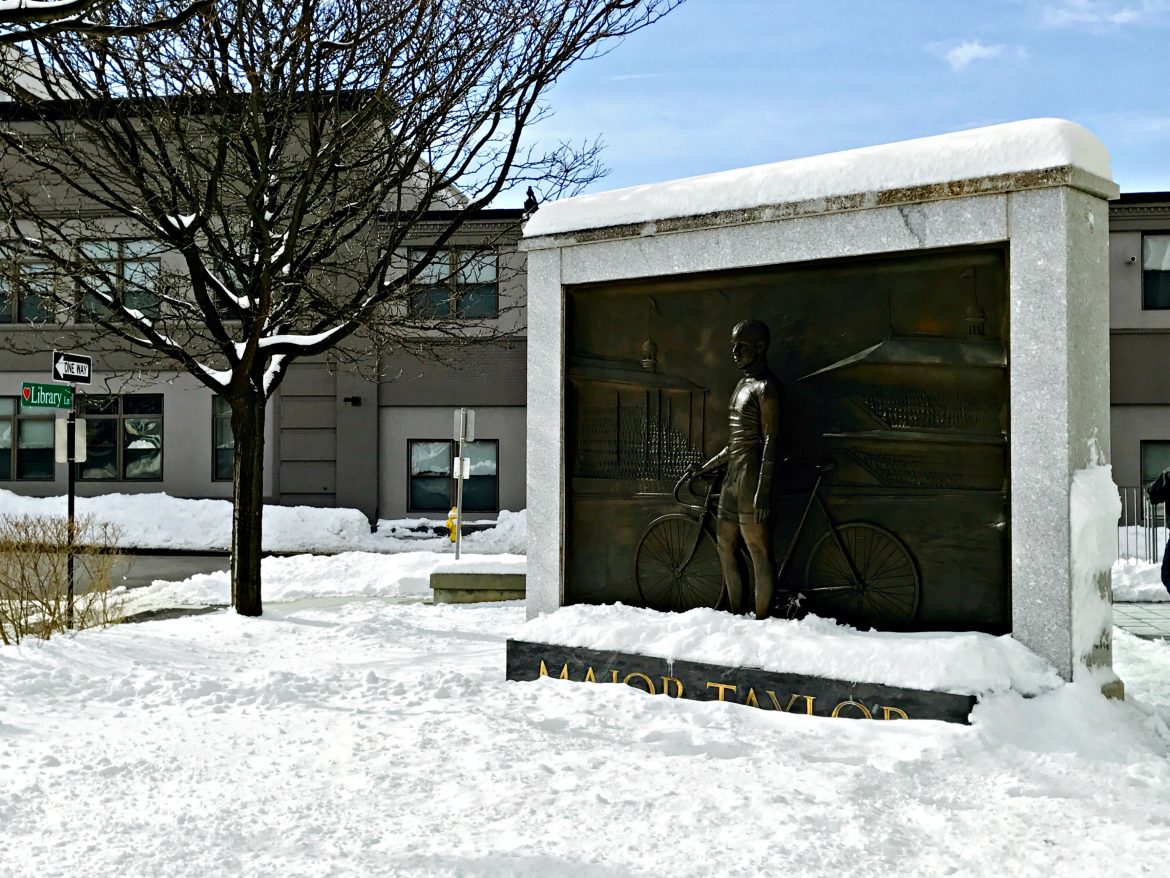 The Major Taylor monument outside the library.

Bahati — the producer who learned of the Major Taylor story after his son, Rashaan, began cycling competitively — said, “There are so many stories out there not being told. We feel that this is one that can be truly inspirational to both young people and to people across the globe. And this is a forgotten story about a truly heroic figure in American history.”

The film’s tagline is, “The greatest sports hero that America has forgotten.” In “The Black Cyclone” filmmakers hope to capture the essence of Taylor’s life, from his childhood as a coachman’s son working for a rich white family, to the discovery of his talent as a trick cyclist, to his success on the racetrack, and the racism and other struggles he endured along the way.

“This is an inspirational story and that’s how we see Major Taylor’s life,” Bahati said. “With Major being a young man in the Midwest, and being able to come through, with all he had to endure as an African American, and being a champion of a sport right at the turn of the century and one of the fastest men on a bike — it’s a very inspirational story on so many different levels.

“That’s our passion right now and the reason we feel this story is so important to tell. It’s one of those unknown gems of a story.”

With the support of Tolman and the Major Taylor Association and a slew of cycling acumen — Howard is a former Olympian cyclist and Hall of Famer, and Bahati’s son, Rahsaan, is a seven-time U.S. National Champion cyclist — the one thing filmmakers could use more of, is money. They are seeking $10,000 through an Indiegogo campaign.

The crowdfund effort implores donors to “Be part of giving a Cinematic voice to one of the greatest American heroes and champion, Marshall ‘Major’ Taylor …the first black world champion of any leading sport.”

As of midday Tuesday, March 21, the campaign had raised $2,390 through donations from 30 backers. Funding for the film will cover the costs of research and development, and business planning for landing a production studio and major distributor.

“We hope that this movie brings his story to a much wider audience. It isn’t only about cycling or athletics. We admire him not only for his athletic achievements, but for his strength of character,” Tolman said.

In a March 1 endorsement of the film on behalf of her association, Tolman wrote:

“Major Taylor’s hard road to glory demands to be depicted on the big screen, and John Howard’s telling of the story is uniquely informed and passionate. Howard, a world record-setting cyclist himself, and his team eloquently convey the thirst for speed that fuels a champion against the odds. “The Black Cyclone” movie will bring a forgotten trailblazer out of the shadows and inspire new generations to overcome. We’re going with a winner!”

Among the donation “perks” organizers are offering the chance for donors to see their names during the on-screen credit roll (starting at $100); receive complimentary advanced screenings of the film (starting at $500); make background cast appearances in the movie; and get cycling sessions with Howard and Rahsaan Bahati (starting at $1,000).

Bahati said he is encouraged by the early response, including requests for additional screening sites.

“What has amazed me is the level of passion from people that have an interest in the story,” Bahati said. “We’re just seeing that we are on the tip of something that’s really valuable to people.”

Tolman said, “We would love to see it when it comes out and we know there would be a big audience for it in Worcester. The filmmakers have already indicated that Worcester will be one of the places that will host a special screening.”

Interestingly, though the film will be in Worcester, there is a distinct lack of Worcester in the film. … So far.

Bahati said the first draft of the script for “The Black Cyclone” is complete but does not have any direct reference to the city of Worcester.

“It’s still really early in the process,” Bahati said. “We are aware that Worcester played such a large role in Major Taylor’s life. As of this moment, there is no mention of Worcester, but we are still in the pre-production phase of the film.

“When you talk about the factor of Worcester, it seems like this is [ingrained] in a lot of people there and they have a lot of respect for Major Taylor and would love to see this story done,” Bahati said. “And that gives us even more motivation.”