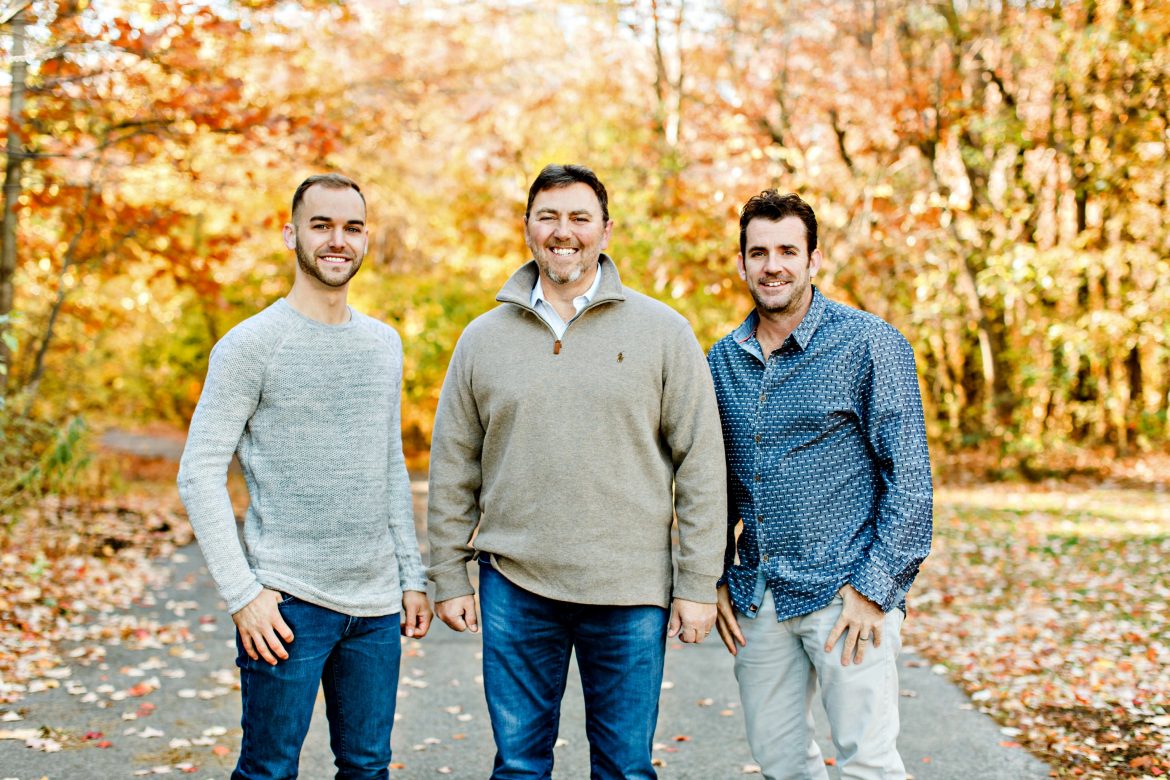 This article was originally published in the Feb. 5, 2017, edition of the Sun.

When a company decides to “do the right thing” and stay with it, good things can happen after all.

For founding partners Jay Cahill and Michael Po, the entrepreneurial escapades of Bluefin Technology Partners eventually landed them in downtown Worcester in 2013. The company has 12 employees in a recently renovated building which was the former home of the Telegram & Gazette.

After several forays spanning eight years as a team with ventures in the States, Cahill and Po built a mobile application in the social media space for Instagram in Shanghai during the late 2000s that was solely for the Chinese market.

Because they had established their business before the Chinese government crackdown on social media, they were grandfathered in and allowed to pursue their business.

“We had millions of customers on the platform and we eventually sold the company to SINA Corp. of China, which has a Weibo platform that hosts their own social media content of its users,” Po explained.

After the sale Bluefin struck out as a consulting organization.

“A lot of people were tapping us for our … experience in developing large-scale applications for consumers that can handle millions of customers on the back end,” Cahill said. “That was what our pedigree had been, and we connected with Josh (Croke) and brought in a lot of the user experience design and a back end piece with our mobile experience.”

As the team was working within these parameters, the IoT (Internet of Things) market emerged as the next wave. So that’s when they established residence in Worcester.

Cahill said Bluefin decided that interconnectivity was the next step, after seeing the mobile applications market was pretty much saturated. “So that’s where our focus really came from.”

Initially, the company toyed with fairly simple applications: such as a beer keg sensor that notifies a bartender when the brew is getting low.

Sensors like these, while useful for practical pedestrian purposes, are evolving into a new generation of connectivity that will affect everyone. Heating and cooling systems in homes, household appliances, automotive advances, street lighting – just about anything you could encounter in your day-to-day lives — will be involved.

“In doing this type of work it’s nice to have our personal interests aligned with your professional career,” said Cahill, who is also a technical advisor at Worcester Polytechnic Institute.

“We generally like to engage our customers early on in the process,” Cahill said. “Often, they may have an idea or concept that may be related to a traditional business that is trying to become more innovative and/or they may want to get closer to their customer base.

“Connective devices allow one to be closer with customers because now you have that little nugget (of information) that wasn’t there before. In the IoT world … it allows the manufacturer of the product to be able to have [a] direct line to the consumer without necessarily going to the retailer,” he said. “It doesn’t necessarily eliminate the retailer because a customer may still get to the product through retail channels, but once they’ve purchased the product, they would now have a direct connection to us. And through that we can build a lifelong connection.”

“We’re very rich in health and wellness and different types of life sciences. I see tremendous opportunities in these areas because the health industry is 15 years behind everyone else in technology – way, way behind.”

“Interestingly, to do connected products, you have to cover everything from concept to manufacturing which, with our combined experience, has been in all those different areas — electrical, packaging and other stuff – so that’s how it evolved.

“We have 100 percent referral rates from our customers … and we also have 100 percent utilization of people in the company (they’re busy all the time), and we only do a small number of projects simultaneously,” Po said. “Either Jay or I are involved in one of the projects.  And when we say that we will be immersed in a client’s company, we do everything we can to be part of their team.”

“Today there are many things that companies have to think about when they set out to produce a product that they never, ever had to think about before,” he added.

For instance, here on the East Coast, Po said, “We’re very rich in health and wellness and different types of life sciences. I see tremendous opportunities in these areas because the health industry is 15 years behind everyone else in technology – way, way behind.”

Another benefit of a wider and connected world would especially help seniors stay closer to their families.

Po said the recent boom of pre-manufactured houses (affectionately called Granny Pods) built specifically for seniors has one floor where everything is connected to help the elderly age in place.

“You can drop them (pods) in your backyard – and connect local water, sewage and electrical power to it,” Po said. “Instead of institutionalizing someone, you can care for them in your backyard. You don’t need to be constantly there because sensors will indicate problems, such as leaving the coffee pot on. And it can be set up for voice recognition throughout the house. It looks like a win-win all around.”

“And for Worcester, this is the perfect area for this. So that’s a specific area that we’re very interested in,” he said.

Josh Croke, the information architecture and design director at Bluefin, said, “Being a startup company, we all wear a lot of hats and share responsibilities. My primary focus is on design side for our clients and creating engaging user experiences for our products, from initial market research, user interface and design.”

Cahill said assimilating information from all corners during the initial development stage is crucial.

“Josh helps us to engage the customers early on to understand their business and their competitive landscape, and then he’s able to help them innovate with a new product set or an existing product set from a consumer interaction perspective.”

Before marching forward into a project, Bluefin executives also seek employees’ input, particularly to answer the question, “What should we do first?”

Once that’s behind them, engineers from various disciplines (software, quality control, electrical and mechanical engineers) can be aligned to deliver the initial product. That product will then evolve over time with a calculated release of new features according to a strict schedule. 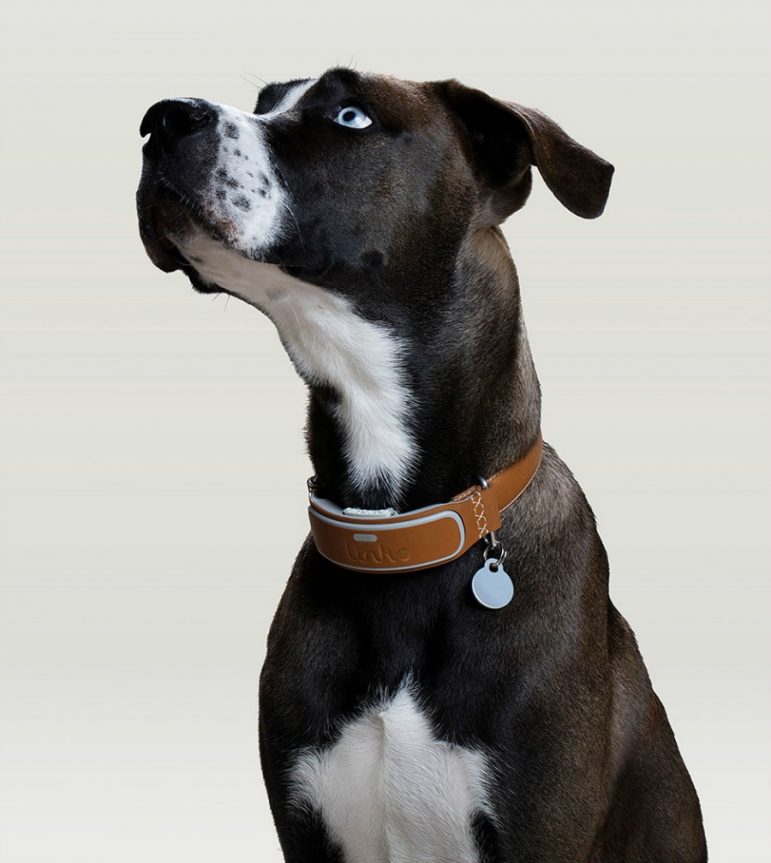 One of Bluefin’s latest products, the Link AKC, features a connective dog collar, which last month was named a national winner as Best in Innovation in Wearable Technologies at the annual CES (Consumer Electronics Show) in Las Vegas.

Bluefin partnered with the American Kennel Club to reach the younger generation of dog owners. With millennials and others who grew up with instantaneous connections via social media, it made sense to appeal to these owners with the latest technology.

According to Mike Basson, executive vice president and chief operating officer of the American Kennel Club, “AKC chose to work with Bluefin because of its product management skills. The company’s detail-orientated employees guided us through each product phase successfully and makes working with multiple partners seamless.”

Po said Bluefin has been working with the AKC since 2013.

Cahill said the new collar helps locate your dog and monitors his or her activity. It allows the owner to take photos, measure distance, manage vet records electronically, and it sounds a temperature alert if the pet is trapped in a car in summer or stranded in cold weather.

Owners can also trace their dog’s steps on a hike and map out exactly where the pet has been.

It also gives owners access to the AKC database, where they can find information such as what a good amount of activity is for their dog based on the breed.

When owners have mined and collected months of activity, Cahill said they will be able to see some interesting data and correlations that will strengthen the relationship between them and their pets.

The product, which sells for $199, is also a finalist in the South by Southwest (SXSW) Consumer Products Show in Austin, Texas, next month.

In the case of a dog collar, Cahill added, “We can now make it connected so that it can communicate to the consumer. Now, the manufacturer of the dog collar understands their consumer a little better. Josh has managed how the consumer will physically interact with the product, digitally with the product, and how the manufacturer of the product will interact with the information that is now available to customers that did not exist before. 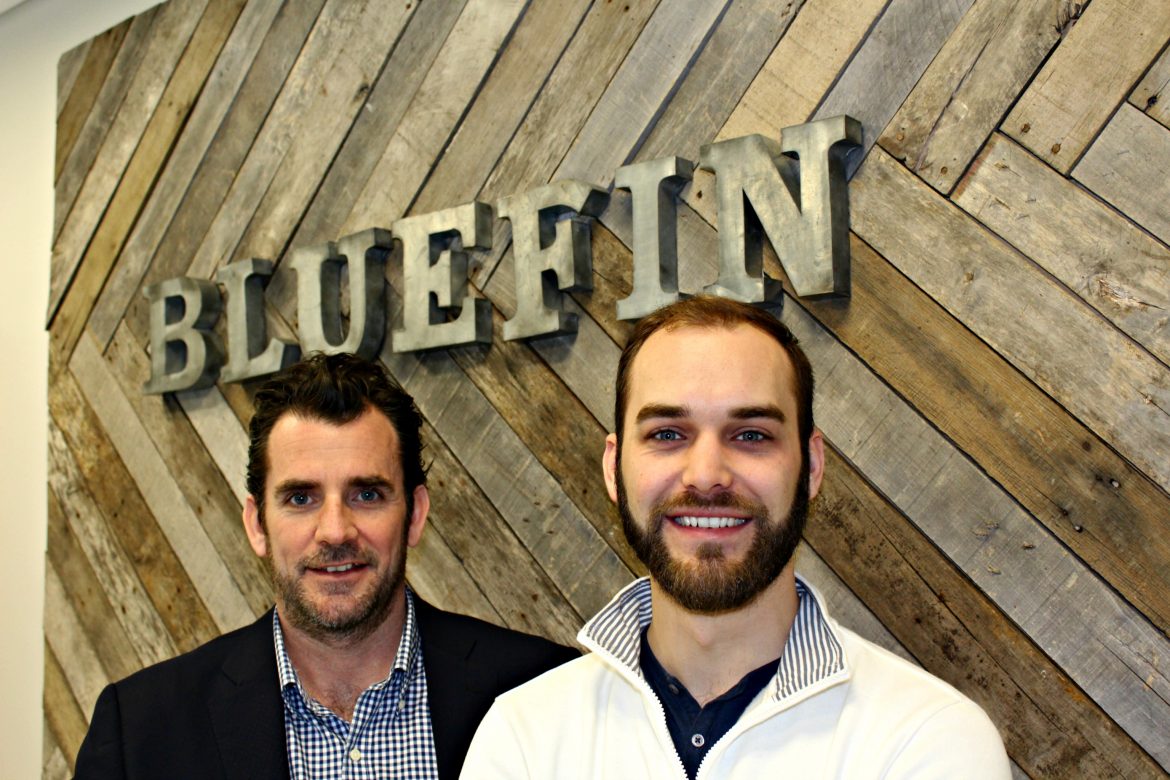 “That’s the whole user experience – both from a consumer perspective and from a product company perspective. And Josh, in his role, has really championed this new interconnectivity of information,” Cahill said.

Croke also runs Action! Worcester, a nonprofit focused on young entrepreneur networking and lifestyle and business development. The group recently partnered with IBM and held discussions on how the city could benefit from its Connected Cities / Smart Cities program with connectivity regarding lighting, meters and other items.

“Now is a great opportunity to make Worcester a connected city because there will be so much infrastructure development over the next few years. It’s an ideal time,” he said.

“We’re super-invested with what goes on in the city,” Cahill added. “We’re here on purpose. This is our home.”