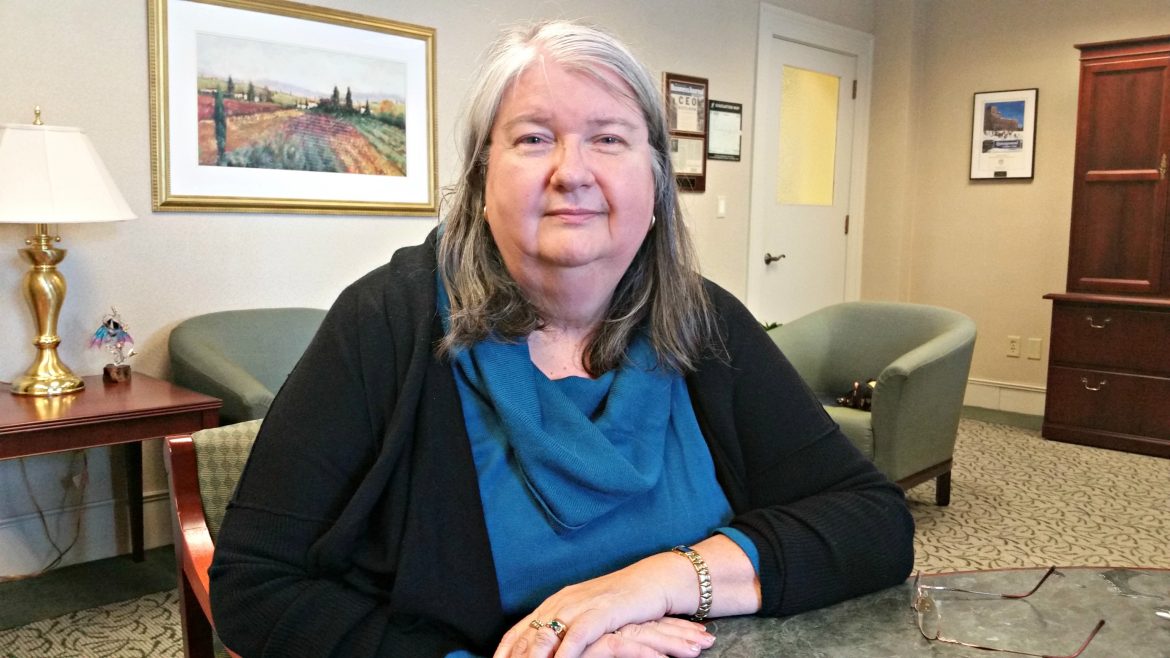 This article was originally published in the Jan. 29, 2017, edition of the Sun.

Purchase a Worcester Sun membership for as low as $2, or sign up for our email letter below and let us deliver the news to you.

On a recent blustery day in her neatly appointed first-floor office in Quinsigamond Community College’s administration building, outgoing President Gail E. Carberry, who plans to retire at the end of the academic year, pointed a visitor’s attention to a knick-knack pair of ruby slippers on the shelf near her desk.

The message was clear, and clearly one Carberry holds close to her heart: “There’s no place like home.”

It has been more than 10 years since she had the urge to return to work in Worcester, where she was born and spent the first four years of her life. The city is also where she found her “soulmate,” having met husband Don Carberry while both were students at Worcester State College.

As she prepares to leave the post she’s held officially since her September 2007 inauguration, Carberry can reflect on an unprecedented period of advancement for the once much-maligned “Quinsig.”

“Ten years on, I had a lot of terrific [students] and I helped some people believe in themselves,” she said.

“Ten years ago when I came to QCC, a lot was missing. Enrollment had earlier on declined. My challenge was to look for resources to help with the growth,” Carberry said. QCC’s student body increased about 40 percent between 2008 and 2015; career program graduates increased by 80 percent; and student financial aid doubled to cover 48 percent of the student body, she said.

Minority enrollment increased from 25 percent to 37 percent, while minority employment grew from 12 percent to 19 percent.

Under her leadership, the school has also aggressively expanded its footprint. It opened a satellite campus in Southbridge in 2009, and increased online educational programs to serve almost 2,500 students each year. Carberry drove strategy and developed public-private partnerships that led to the 2014 opening of the college’s Healthcare and Workforce Development Center in downtown Worcester. Most recently, QCC opened an engineering, science and technology facility, the QuEST Center, at its flagship West Boylston Street campus in January 2016.

In all, including workplace training programs, Quinsigamond Community College now comprises 13 locations and serves more than 13,000 students annually. More than 10,000 students have graduated during her tenure.

And under her leadership Quinsigamond has created a pathway for students beyond community college with articulation agreements, most notably the HEART Initiative with Anna Maria College in Paxton and the ABLE Initiative with Nichols College in Dudley.

“That’s an incredible thing,” Carberry said, before pointing to a reporter who has also been a student at QCC. “I know your education will influence your daughter, it’s exponential.”

Understanding the impact higher education can have on her students, though, does not minimize the formidable administrative challenges a community college presents.

“We put our mind on development, but [development] depends on our resources,” said Carberry, who has long lamented the lack of state and federal financial support to community colleges. “We are not a part of the spending problem; we are part of the solution.” 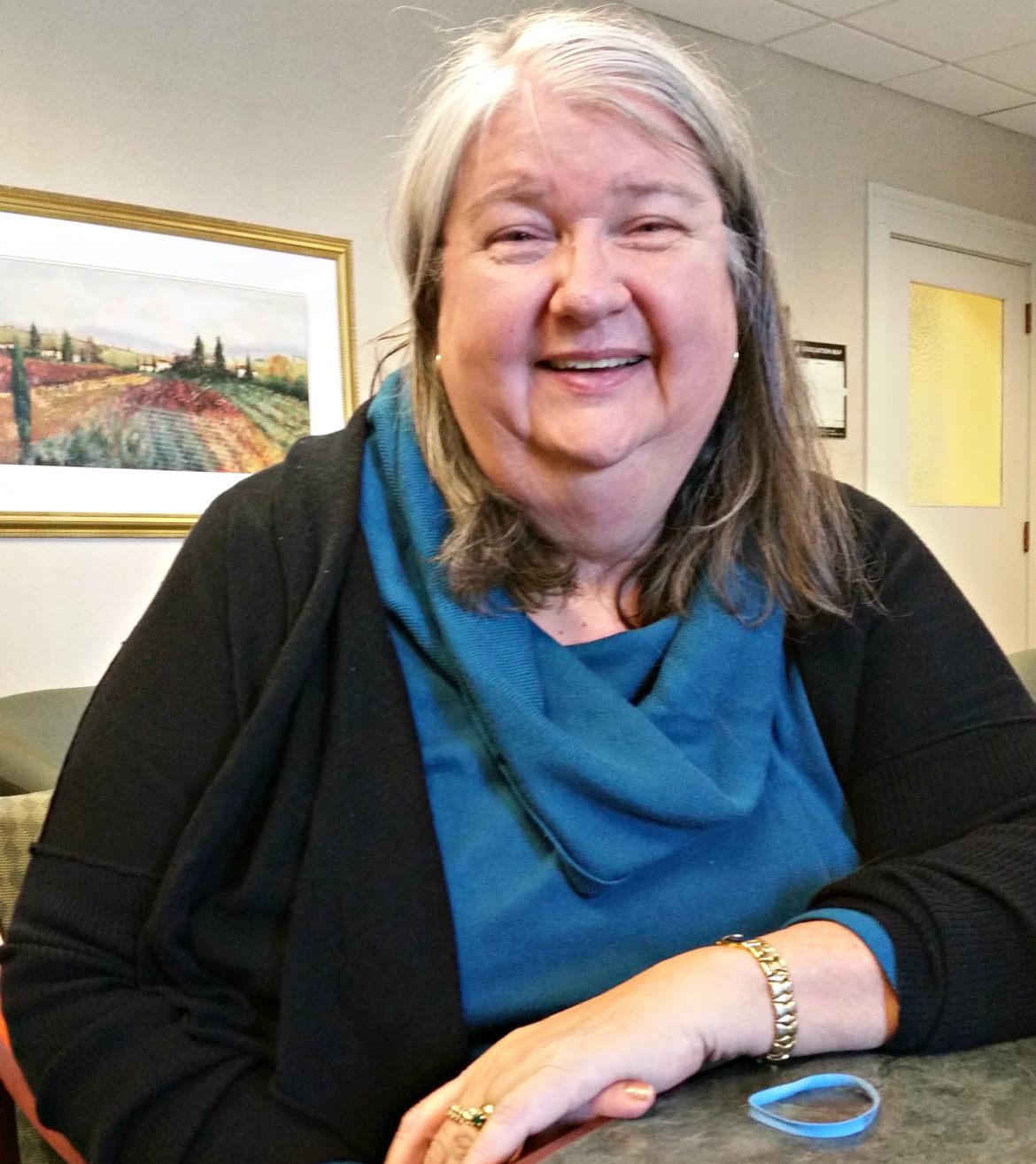 “Some of those specialized programs are expensive to deliver,” she said. “We are also considered the democratization of higher education, we help the less fortunate, we make sure we maintain quality and ensure they attain it.”

Carberry, who holds a certificate in small business management from Springfield Technical College, a bachelor’s degree from Worcester State, and master’s and doctorate degrees from the University of Massachusetts at Amherst, is no stranger to having difficulty learning.

“I suffer from [undiagnosed] dyslexia, and learning was difficult,” she said. “My siblings were smart, straight ‘A’ students.” She praised her mother for encouraging her through school and to apply to Springfield Technical Community College. “It was there I knew that I was clever,” Carberry said.

She said it was difficult finding a teaching job in the 1970s, so when she found work in Springfield she stayed. It was there where she fell in love with the idea of community college — most importantly, the “community” part.

“I am not a religious person, but spiritual — I talk with God a lot,” Carberry said. “I believe God loves community colleges. Why not?”

Among the college’s programs that seek to serve the whole community is a partnership with Ascentria Care Alliance that provides free college course and training to refugees, asylum seekers and recent immigrants.

“I was born in Worcester by chance, but I live here by choice. We are an immigrant city and have been so for a very long time,” Carberry said. “It is this melding of cultures that makes this community extraordinary.

“My father was an immigrant, as were his parents and siblings. Settling into a new community is challenging. A community college like QCC values a relationship with an agency like Ascentria because as partners, we can build a better safety net for those who need the services we offer. In a partnership, we each focus on our strengths, cover a wider range of services and save resources by not duplicating our efforts.”

She further noted that Ascentria has an excellent reputation for integrity in providing settlement services and promoting the self-sufficiency of the families and individuals it serves.

“QCC, as an education and training college, leads people to stronger employment, English language skills and understanding of America. Ascentria and QCC accept people as they are, in their transitional circumstances and help to make them stronger and more confident about their choices to live in a different nation,” she said.

She continually lauded the school’s board of trustees as “terrific” in the face of quickly shifting priorities and the ever-present need for more funding.

“When I send a plan, they look into it, they scrutinize it and it comes to fruition,”  she said. “Opening the branch in Southbridge, we had no money. I tell my team, ‘If you do the right thing, the angels will pull with us.’

“I am not a religious person, but spiritual — I talk with God a lot,” Carberry said. “I believe God loves community colleges. Why not?”

She said she is proud that the college has created sustainable programs to support people and help families, including the more than 400 students in the nurse education program based in the new downtown facility.

“We have doubled the number [of students] since I came here,” she said. “We are building families. When I go to students’ programs [and] I see families and spouses, I know that is why we are a community college.”

As for her own future, family and community are certainly in the picture, but Carberry insists little else is clear. She quoted a plaque that hangs in her home: “Make time for the quiet moments … for God whispers and the world is loud.”

“One of the things I know for my future is grandmothering,” she said. “I have three teen-aged grandchildren, and the new one is a blessing. I don’t know what this grandson is saying.”

Carberry said she has been asked to serve on some boards and “I may do some of that.”

“People say I have left legacy, the new building and more,” she said. “But I say [students] are my legacy, people.”

While Carberry says there have been many big moments in her time at QCC — from taking the oath of office to the many ribbon-cuttings — above all, she’ll remember “when students shake my hand and say ‘thank you’ during their graduation.” She thinks of the students rejoicing at the end who thought they would never make it; or some who wished they’d finished earlier so their father or mother could have been at graduation.

She said she will remember the people in the community, students, staff, the trustees, and the common spirit to make things work. “We call ourselves a team and a family. I will miss them,” she said.

Beyond her many layered legacy, Carberry will also be leaving a piece of her family behind at QCC. At her 2007 inauguration, the school dedicated the sloping front lawn of campus to Carberry’s daughter, Amy, who succumbed to physical disabilities and died at age 30 in 2003.

It serves as a memorial, reminder, and for the quintessential community educator, one more lesson: