When I started out in public office, when a candidate or public official wanted to put the best possible interpretation on a set of facts, it was called “spin.” Sometimes that meant leaving out important information that might lead the listener to a different conclusion.

In politics today, we have gone well beyond spin and now embrace “alternative facts.” Rather than just shading the truth, some officials actually put out a completely false set of facts to bolster their position.

The later practice is closer to where we stand with the school administration, mayor and School Committee relative to the existence of polychlorinated biphenyls (PCBs), a poisonous chemical linked as a potential carcinogen, particularly at Burncoat and Doherty Memorial high schools. Here are some examples.

Mayor Petty:  “… the presumption that there are probably PCBs in these buildings.”

The mayor’s remarks at last Tuesday’s City Council meeting would lead the listener to believe that the School Committee was not quite certain if PCBs actually exist at either school above an acceptable level. Of course, in my opinion, they know they exist – and at high levels.

First, there has already been testing by the union and individuals from Harvard University School of Public Health that showed the levels were hundreds of times higher than what is acceptable. At Doherty, the levels were more than 1,000 times higher.

Second, by their own admission, the school department has spent about $54 million removing lighting and windows that contain PCBs. Why would they spend so much money if PCBs did not exist or if the levels were not alarmingly high.

Consultant: Said that there is no long-term health risk from PCBs and that PCBs only cause short-term effects, including a temporary acne-like condition.

Really, the school administration spent $54 million just to get rid of acne? Why not just pass out Clearasil pads and be done with it?

Here is what the EPA wrote in April 1979, when it initially banned the substance: “PCBs have caused birth defects and cancer in laboratory animals, and they are a suspected cause of cancer and adverse skin and liver effects in humans.”

According to the EPA website today, “Studies of PCB workers found increases in rare liver cancers and malignant melanoma. The presence of cancer in the same target organ (liver) following exposure to PCBs both in animals and in humans and the finding of liver cancers and malignant melanomas across multiple human studies adds weight to the conclusion that PCBs are probable human carcinogens.” 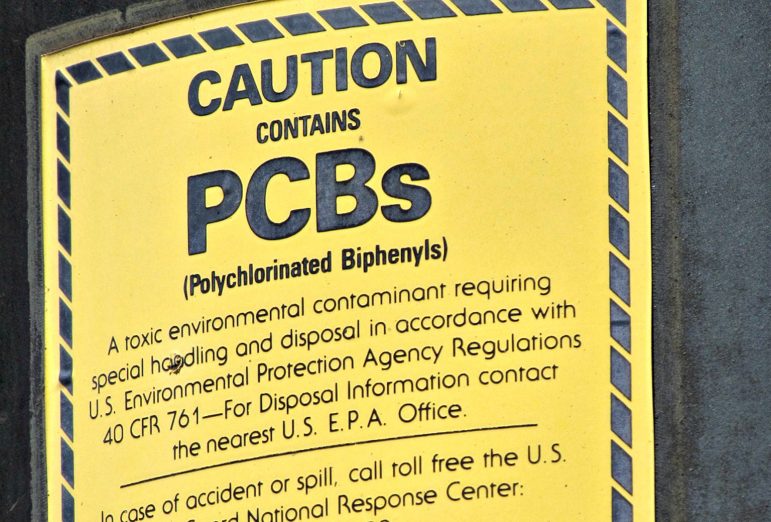 Now, remember how substances that were formerly thought to be safe, over time, became recognized as killers.

In the 1990s, at public meetings to discuss radon with school staff in Worcester, the city’s Public Health commissioner assured everyone there was no health risk. Yet, tragically many now believe that some teachers at Union Hill School may have lost their lives to cancer as a result.

Of course, we all know about the denials about cigarettes and tobacco.

Consultant and Brian Allen, schools chief financial officer:  “ … we have been following EPA best practices since 2012.”

The school department has asserted that it has regularly cleaned classrooms and other spaces, including wet/damp mopping of floors and window sills since 2012. That simply is not true. In fact, most rooms were seldom cleaned, if ever, during the school year in that fashion. Only recently, in the past few months, has the school department initiated a program of regular cleaning.

The same is true for cleaning of the schools’ ventilation systems.

Further, I have seen video and have been told by more than one person that some custodians cleaned potentially hazardous dust from floors, window sills and blinds without breathing masks, gloves or protective clothing. This could be a serious violation of EPA standards.

Ask yourself this question. If the school department has been following all of the EPA guidelines, why are they afraid to involve the EPA in their testing?

So why do the mayor and School Committee, as a whole, oppose involving the EPA in testing for PCBs in these two buildings?

Actually, the answer comes straight from the consultants hired by the School Committee. They have said that if PCBs are found at levels above 50 parts per million, the EPA will force the school department to remove the materials or close the school.

More than anything else, that should tell you all that you need to know. School officials know PCBs have existed in these buildings at very high levels. They also know that they are poisonous. That is why they refuse to allow the EPA to participate in testing.

The “end game” of those who are concerned about the health risks at Burncoat and Doherty are these.

1.) Admit that there is a serious potential health hazard at these schools. Admit that you spent $54 million for a reason. Let us all move forward from the same starting point – together.

2.) Develop a comprehensive plan for testing, remediation and removal of the hazardous materials and put it in writing, with dates when activities will take place. Publish the plan and make it available for everyone to read. In that way, the public can hold the school administration and the School Committee accountable.

3.) Reach an agreement with your own teachers as to proper testing that involves the EPA. This will allow everyone to move forward on the same team rather than as adversaries.

To be fair, the present mayor, schools superintendent and school board did not put the PCBs in these buildings. That occurred decades ago. And the School Committee has authorized $54 million to clean up this mess. They deserve considerable credit for that.

Also, we do not know if any of the staff or students from these schools who have developed cancer did so as a direct result of the PCBs in these buildings.

But there are two things school officials should be truly ashamed of.

In removing the poisons from these buildings, the school administration never told parents or staff why they were doing it, which appears to be a violation of EPA best practices [see bottom of page 3 in link or window below]. When they put in new lighting to get rid of the poisons in the existing lighting, they simply said that the new lighting was better. The same was true when they put in new windows. No one ever said the real reason was that the old windows may be covered in poison.

And now that everyone knows the truth, the mayor and School Committee still refuse to admit that there is a potentially very serious health risk in these two buildings.

They refuse to cooperate with their own teachers union and involve the EPA in testing so that everyone knows exactly what they are facing. They hide behind language like there is “no conclusive proof.”

Remember, that is what everyone was told about radon. It is what we were all told about tobacco.

For this behavior, they deserve our contempt.

The mayor and members of the School Committee are all good people. It is time for them to step up.

At the recent School Committee meeting, a presentation was made by their environmental consultant, Valerie Tillinghast, relative to the existence of PCBs, their potential hazards and what the School Committee should be doing. I believe that it was clear to everyone listening that the presentation was designed to minimize the actual health hazard that exists in both schools.

In response, a retired teacher, Janice Nazarewicz, who had taught at both Doherty and Burncoat and who had developed cancer that is now in remission said, in exasperation, “I don’t know who that consultant was, but I’m sorry, she’s full of shit!”

NOTE: My thanks to editor Fred Hurlbrink Jr. and publisher Mark Henderson for contributing reporting to this column.

6 thoughts on “Mariano: Half-truths and alternative facts about PCBs at Burncoat and Doherty”