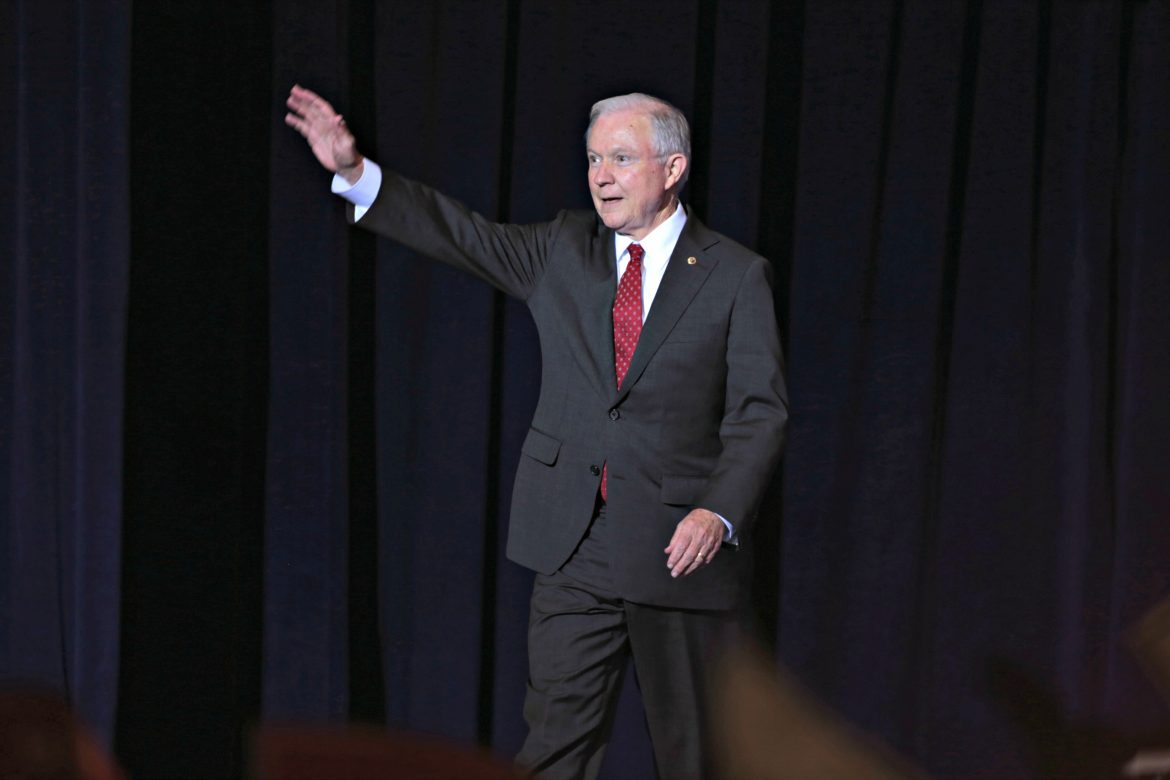 “The President is trying to force our cities to join him in his bullying of immigrants and their families. Massachusetts Democrats stand with our sanctuary cities and immigrants across our Commonwealth, and we will help them fight this unconstitutional threat.” — state Democratic Party Chairman Gus Bickford

The U.S. Department of Justice will require communities applying for its grants to “certify compliance” with federal immigration law and “claw back” funds awarded to those who are not complying, Attorney General Jeff Sessions said.

Sessions urged municipalities and states to end so-called sanctuary policies, through which local governments do not enforce federal immigration laws.

“The American people are justifiably angry,” he said in a Monday, March 27, press conference.

“They know that when cities and states refuse to help enforce immigration laws, our nation is less safe. Failure to deport aliens who are convicted for criminal offenses puts whole communities at risk – especially immigrant communities in the very sanctuary jurisdictions that seek to protect the perpetrators.”

Sessions focused his remarks on a federal law known as Section 1373, which says a federal, state or local government may not prohibit or restrict any government entity from “sending to, or receiving from, the Immigration and Naturalization Service information regarding the citizenship or immigration status, lawful or unlawful, of any individual.”

All jurisdictions seeking or applying for Department of Justice grants will be required to certify compliance with Section 1373 to receive awards, he said.

“The Department of Justice will also take all lawful steps to claw back any funds awarded to a jurisdiction that willfully violates Section 1373,” he said.

This fiscal year, the Department of Justice’s Office of Justice Programs and Community Oriented Policing Services expect to award more than $4.1 billion in grants, Sessions said.

“The President is trying to force our cities to join him in his bullying of immigrants and their families,” Bickford said in a statement. “Massachusetts Democrats stand with our sanctuary cities and immigrants across our Commonwealth, and we will help them fight this unconstitutional threat.”

Officials have been careful to not identify Worcester as a sanctuary city, but the police department neither impedes nor fully participates in federal immigration policy.

From our Feb. 5 editorial: Worcester police, the chief wrote in a document requested by the city manager, “cooperate with law enforcement partners at all levels, and do not interfere with Immigration and Customs Enforcement’s (ICE) ability to enforce immigration laws.” He also wrote: “Police do not ever ask for any person’s immigration status or citizenship.”

Somerville Mayor Joe Curtatone, in a Herald Radio interview that aired before Sessions spoke, called for people on both sides of the sanctuary city issue look “beyond ideology” and “open up our hearts and minds to the facts.”

“We don’t have a violent people,” Curtatone said. “You don’t get a free pass in our community. Crime is down.”

Some cities have adopted policies that feature refusal to detain known felons under federal detainer requests, Sessions said, citing a Department of Homeland Security report showing that in one week there were more than 200 instances of jurisdictions refusing to honor detainer requests concerning individuals charged or convicted of a serious crime. Worcester has not adopted this policy.

Eighty percent of Americans believe that cities that arrest illegal immigrants for crimes should be required to turn them over to immigration authorities, Sessions said, citing polling data.

Sessions’ remarks come after a Jan. 25 executive order in which President Donald Trump directed federal agencies “to employ all lawful means to ensure the faithful execution of the immigration laws of the United States against all removable aliens,” and instructed the attorney general to ensure that municipalities that do not comply with federal immigration law do not receive any federal funding other that what is required by law.

“There’s no place else to go with this,” Warren said at a New England Council lunch. “You can go straight to the Supreme Court decision on the Affordable Care Act that said the federal government cannot use the threat of withholding assets or access to federal money in one area in order to coerce behavior in another area.”

Massachusetts Attorney General Maura T. Healey has been critical of the Trump administration, and Sessions in particular, from the outset. 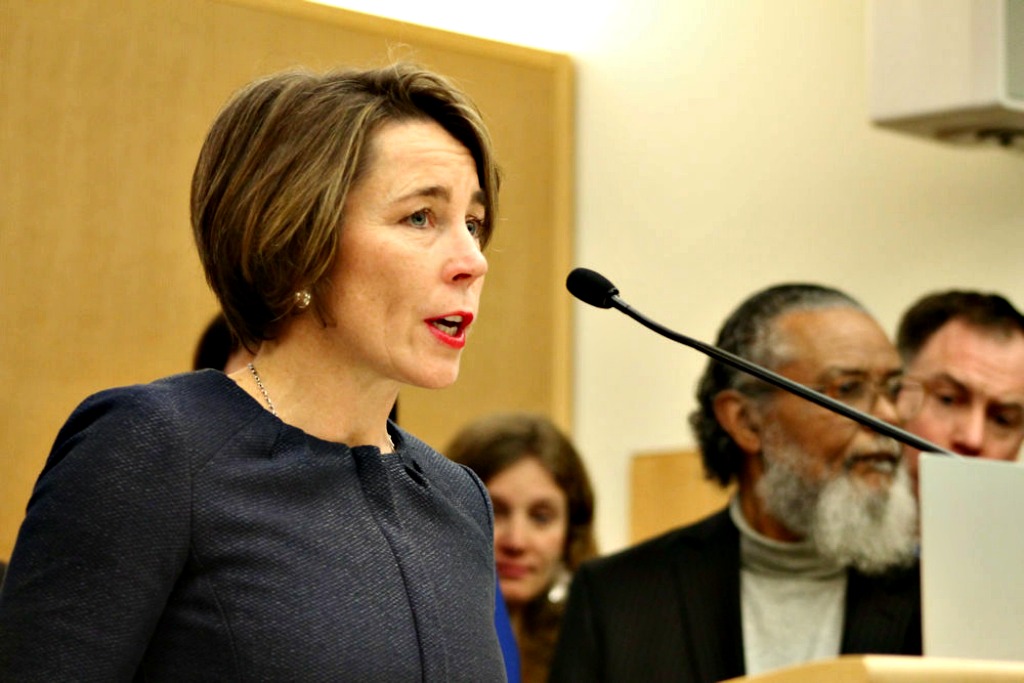 “One of the things that Jeff Sessions said to our group [at a recent National Association of Attorneys General conference] was that he feels out of touch with what’s happening in our communities,” Healey said yesterday. “And I think the policy — if you want to call it that — announced [Monday], is a great reflection of that.

“I don’t think he actually understands the way it currently works and the systems we currently have in place.”

She continued: “What I think AG Sessions is about is scare tactics, fearmongering, and he doesn’t seem to have any interest in actually looking at what’s happening on the ground in communities.

“Unfortunately, though, we have a federal administration that seems to be hell-bent on denigrating immigrant communities.”