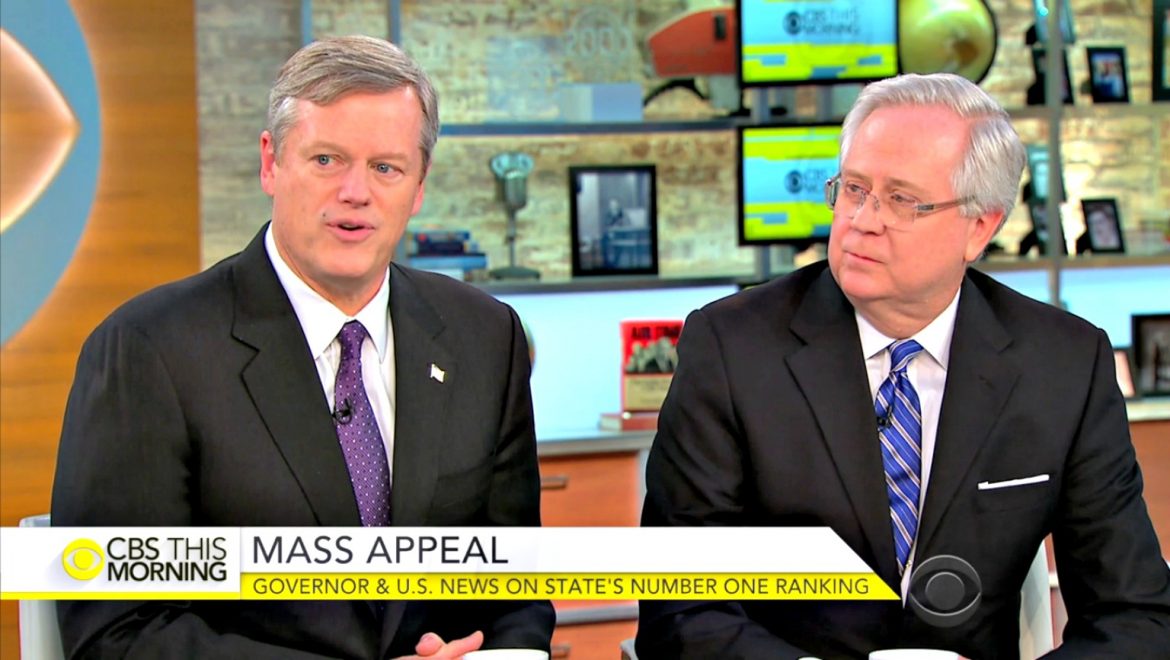 Gov. Charlie Baker appears on "CBS This Morning" Feb. 28 with Brian Kelly of U.S. News and World Report to talk about the ranking of Massachusetts as the best state in the country.

It ranks 47th in affordability but when more than 60 other metrics were applied Massachusetts emerged as the best state in the country, according to rankings released yesterday.

The state’s supreme billing was propelled by a number one ranking in education and number two in health care, metrics that were given more weight by analysts at U.S. News & World Report based on a survey of what matters most to people.

“We have a lot of really smart people. We have a lot of great schools. That has led to a whole series of terrific, what I would call ecosystems around technology and health care and finance and education,” Gov. Charlie Baker said.

Analysts also ranked governments in the 50 states and Massachusetts finished sixteenth. It finished in the top ten for “state integrity” and “budget transparency” but its overall government ranking was pulled down by a 21 ranking for digitalization and a 29 ranking for “budget stability.”

A Metropolitan Area Planning Council report found that inequities facing low-income households and people of color in metro Boston have remained the same or worsened, despite an improving economy, five years after the disparities were outlined in a 2011 report.

Gov. Charlie Baker used a national television appearance to promote the state’s efforts to combat opioid addiction and to appeal for bipartisan cooperation in polarized Washington. 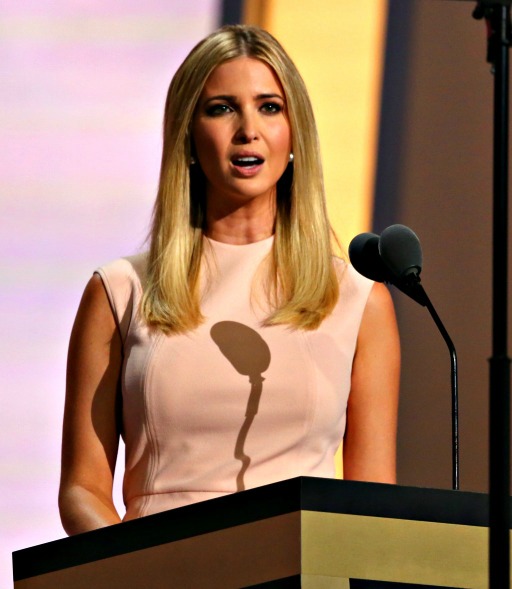 Seated with the president’s daughter at a White House dinner Sunday, the Massachusetts governor talked to Ivanka Trump about the nation’s opioid addiction problem, he said during an appearance on “CBS This Morning.”

On his way back to Massachusetts from the National Governors Association‘s winter meetings, Baker visited the set of the national news program where he touted the state’s new top ranking by U.S. News & World Report and discussed the Bay State’s effort to manage the opioid crisis.

Co-host Gayle King noted Baker was seated with Ivanka Trump at dinner and asked, “What did you learn talking to her at that dinner?”

“Well we spent most of the time, actually, talking about opioids, and the opioid epidemic, which is not just an issue in Massachusetts, but an issue around the country,” Baker replied.

A total of 1,465 people died of confirmed unintentional opioid overdoses in 2016, according to the Department of Public Health. The total confirmed and estimated opioid-related deaths in 2016 rose to 1,979, an uptick from recent years. The death toll from heroin, fentanyl and other opiates galvanized state policymakers and first-responders to pass a law aimed at facilitating access to treatment and slowing the trend of addiction.

Baker discussed efforts the state has made to mandate training in pain management and opioids in the medical field — where prescription opiates can lead patients down the road to addiction.

After spending a few days in the nation’s capital with governors and members of Congress and the Trump administration, the Republican governor of a mostly Democrat-voting state appealed for bipartisanship in Washington.

“I would argue that a lot of the states are pretty good at this bipartisan stuff, not just Massachusetts. I would love to see Washington move in that direction, as well,” Baker said.

The governor said “people are OK with the ideas of compromise and collaboration” in Massachusetts and credited Democrats and Republicans working together to make strides on the economy, education, health care and energy.