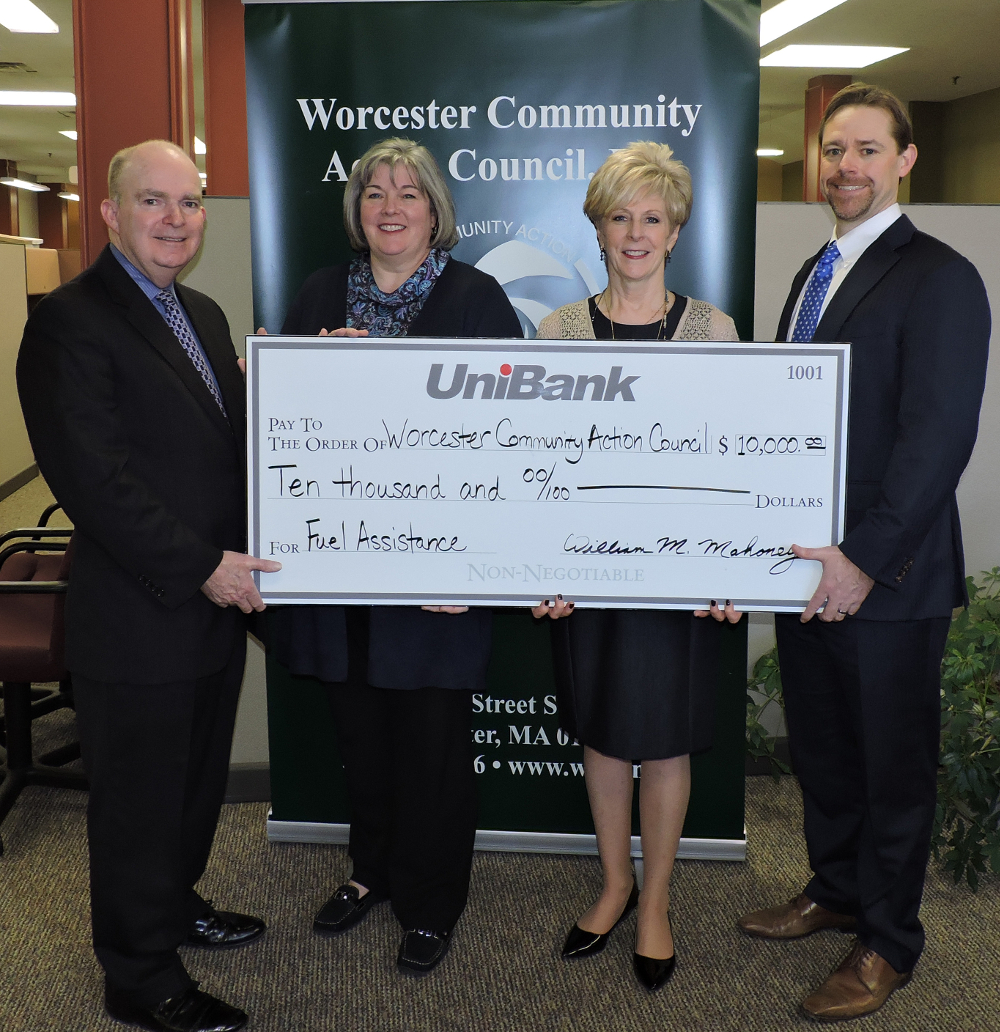 Warm up with a Sun Shine feature:
WCAC program helps thousands keep the heat on

WCAC’s Fuel Assistance Program helps eligible residents in greater Worcester, including many of the towns where UniBank has a presence. In addition, WCAC provides energy efficiency reviews for eligible households to help reduce costs and improve efficiencies to stretch energy dollars.

“These much-needed services provided by Worcester Community Action Council have a tremendous impact on residents that are in need right here in our local communities,” said UniBank President and CEO William M. Mahoney. “We are proud to play a part in keeping residents in our neighborhoods warm throughout the cold winter months with this donation.”

“On behalf of the vulnerable households who will be helped by this generous donation, we are most grateful,” said WCAC executive director Jill Dagilis. “These dollars will help support many families struggling to meet home-heating costs right here in our community.”

MassDevelopment has issued an $8 million tax-exempt bond on behalf of D&S Realty LLP, a real estate entity in West Boylston. D&S Realty is using bond proceeds to renovate and expand a facility at 70 Hartwell St., West Boylston, that it has leased to Worcester-based Curtis Industries, a manufacturer of compact vehicle cabs, attachments and accessories. Renovations include building a 110,400-square-foot addition for office, storage and manufacturing space; and making tenant-specific upgrades. 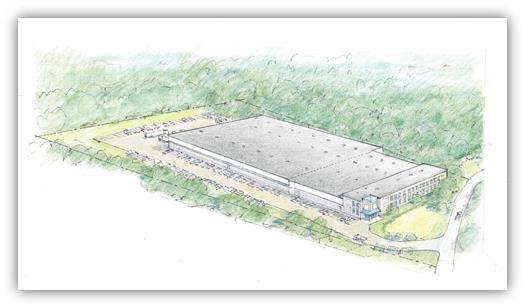 Rendering of renovation and expansion of facility on Hartwell Street in West Boylston.

D&S Realty selected the McCarty Cos. of Leominster as the designer-builder for the project. Construction of the facility started in December and is expected to be complete by September 2017.

“Central Massachusetts has a rich manufacturing past and present thanks to a highly skilled workforce and companies like Curtis Industries,” said MassDevelopment President and CEO Marty Jones. “MassDevelopment is pleased to provide low-cost financing that will allow this company to expand and bring more manufacturing jobs to the Worcester region.”

“We are proud to bring true, American-based manufacturing back to this industrial park in West Boylston,” said D&S Realty managing partner Steve Migridichian. “Everyone has welcomed Curtis Industries to make this project viable to all stakeholders in this development.”

“We are very pleased to engage in this development project,” said Curtis Industries Vice President of Operations Gabor Hajos. “All of the parties involved, from the developer and contractor, to the town and state agencies, have acted in a truly efficient and supportive manner to make this opportunity a reality.”

Worcester’s reservoir capacity has made continued gains in recent weeks as a result of steady precipitation and reduced water consumption. The reservoir system reached an overall capacity of 83.2 percent on March 1 – much improved, but still below the March 1 average of 93 percent.

Videos, signage, a list of current restrictions, as well as updates, are available at www.worcesterma.gov/dpw/drought.

In September, the city manager declared a Stage 3 Drought Emergency. Since then, the city’s drought restrictions and water conservation awareness campaign have been successful in reducing consumption. For the month of February, average daily consumption was 19.9 million gallons, compared to the February 10-year-average of 21.1 million gallons.

“Our residents, businesses and organizations have done a phenomenal job of conserving water, and we need them to keep it up,” Augustus said. “We’re recovering, but we’re not out of the woods just yet.”

The program features a theatrical presentation, with professional actor Neil Gustafson portraying Thomas, and online resources, including lesson plans developed by teachers, and digital copies of historical images and documents found in the AAS collections.

The program is part of an initiative, known as Culture LEAP (Learning through Education and Arts Partnerships), that seeks to offer intensive curriculum-based cultural experiences to all students in a given grade. Culture LEAPS are collaborative efforts by the Worcester Public Schools, a working group of the Worcester Cultural Coalition composed of 22 education directors from the region’s cultural organizations, and the Worcester Education Development Foundation, Inc. (WEDF). There are eight LEAPS impacting students in seven grades.

AAS Vice President for Programs and Outreach James David Moran wrote the script and produced the “Isaiah Thomas – Patriot Printer” presentation. He has written and produced many works, including, most recently, “The Chains of Liberty,” a play about Worcester’s role in starting the American Revolution.