Mariano: Shame on the mayor, superintendent and School Committee!

“In Worcester, we have a mayor who does not lead, a superintendent who minimizes serious health concerns because there are not enough people waving placards in her face, and a School Committee afraid to tell the mayor and superintendent to do their jobs.”

Please enjoy this special Wednesday installment of our free preview of Ray Mariano’s unique perspective and unmistakable candor, and be sure to check back in coming weeks to find out how you can keep reading Worcester’s best commentary without becoming a Sun member when the preview ends.

Municipalities may need to think about printing their own money if they don’t start proactively addressing OPEB obligations.

Editorial: Pay now or pay later |  There are currently 9,229 people receiving or potentially eligible for a Worcester pension and other post-employment benefits. That figure represents roughly five percent of the city’s population. The longer Worcester does not treat its unfunded liability with the urgency it deserves, the easier it becomes for the other 95 percent to rationalize draconian cuts to benefits long-promised and long-earned. 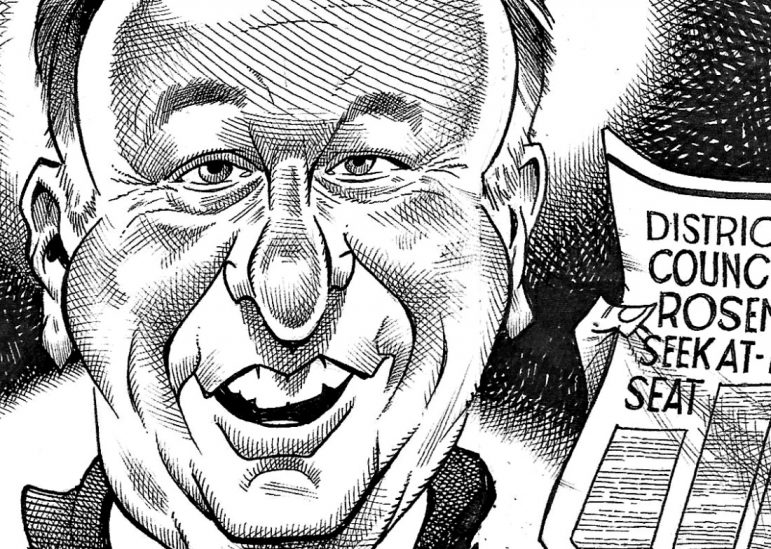 Sun Spots with Hitch [Vol. 143]: Splitting hairs, with Gary Rosen |  As a longtime public servant, Gary Rosen has certainly been around the block — usually checking for potholes or a wooden bucket of perennials slightly askew at an intersection somewhere in “Beautiful” — not to mention mostly well-heeled — District 5. The former School Committee member plans to ditch his local City Council post for a bid at one of six at-large seats, in which he feels he can make more of an impact. This is a development Hitch couldn’t simply brush off. 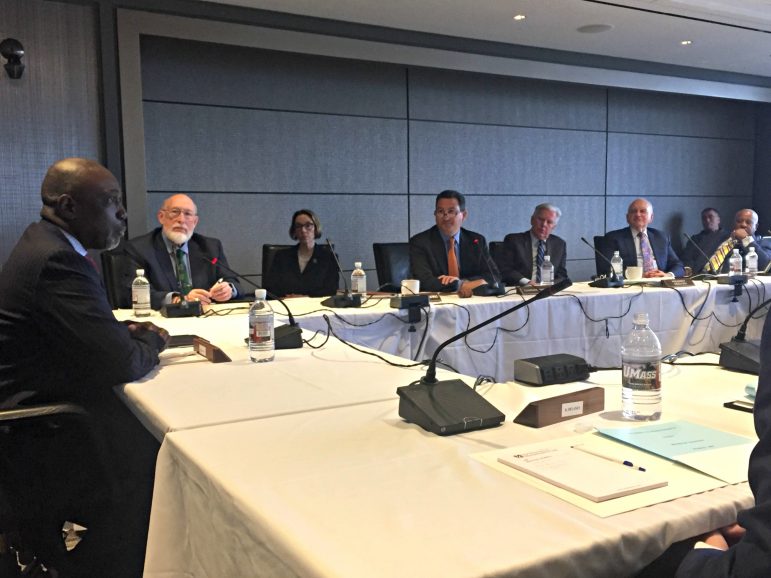 Robert Johnson, left, speaks to the UMass Board of Trustees March 7 after a unanimous vote to appoint him as chancellor of UMass-Dartmouth.

Robert Johnson, Becker president, tapped as next UMass-Dartmouth chancellor |  UMass President Martin Meehan, who recommended Johnson to the full UMass Board of Trustees, said Johnson is a “change agent” who has the ability to inspire the Dartmouth campus. At Becker, Johnson “elevated the reputation of that university” and became “deeply ingrained in the Worcester region’s business and civic community,” Meehan said. 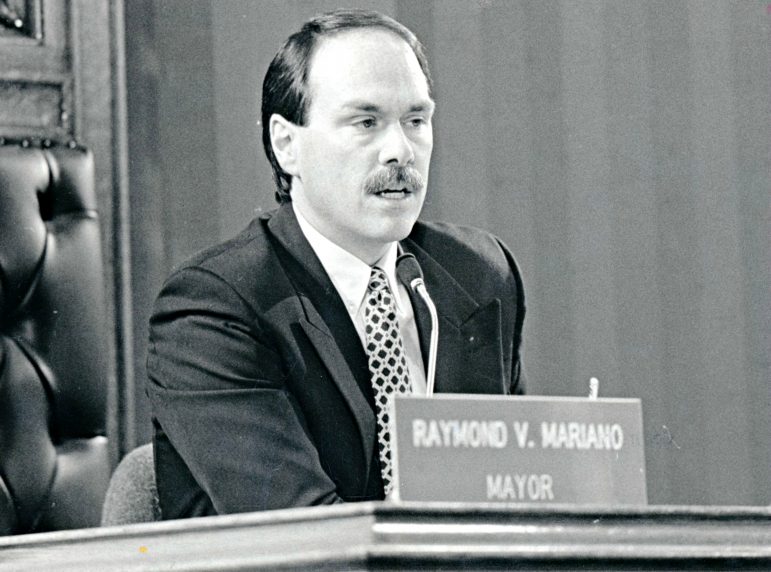 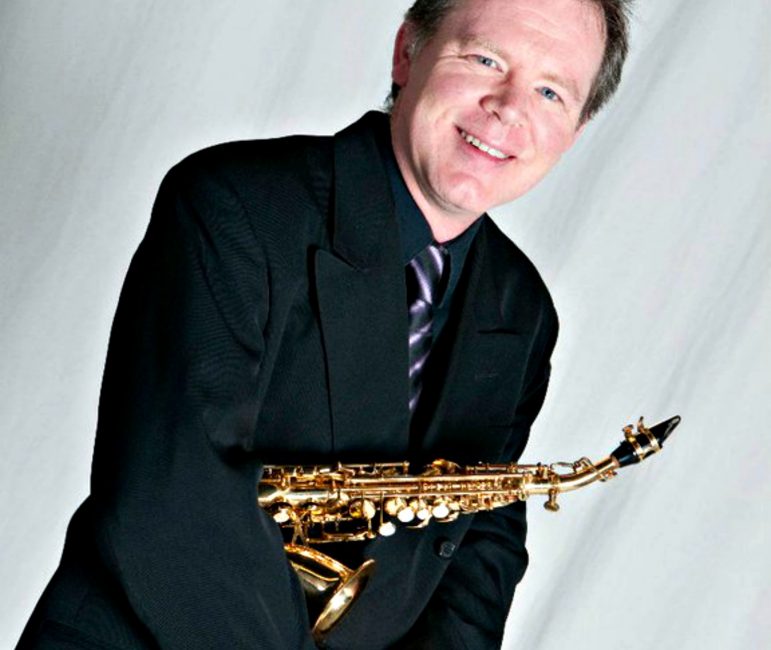 Pete Levesque on living the dream and a musician’s harsh reality  Local saxophonist Pete Levesque says making music involves sacrifices and long hours of practice, work and waiting. But then there’s the making music part, which is what makes it all worthwhile. Art Simas jams with the city resident and former WPS teacher as he prepared to release his new album, “Wander.”

Inbox [March 8]: Becker taps new marketing chief, St. Peter-Marian adds girls hockey and moves into Worcester Ice Center, EcoTarium names new director, Worcester addresses graffiti |  Interesting and worthwhile things happen every day in our community. Alas, we can’t cover them all. That’s where Inbox comes in, to offer readers an easily digestible compilation of interesting and noteworthy items you and your neighbors keep telling us about. Have a release or a photo you or your group would like to share? Let us know by emailing it to info@worcester.ma. Be sure to include a link to the full release on your site or Facebook page so we can include it and send Sun members your way.