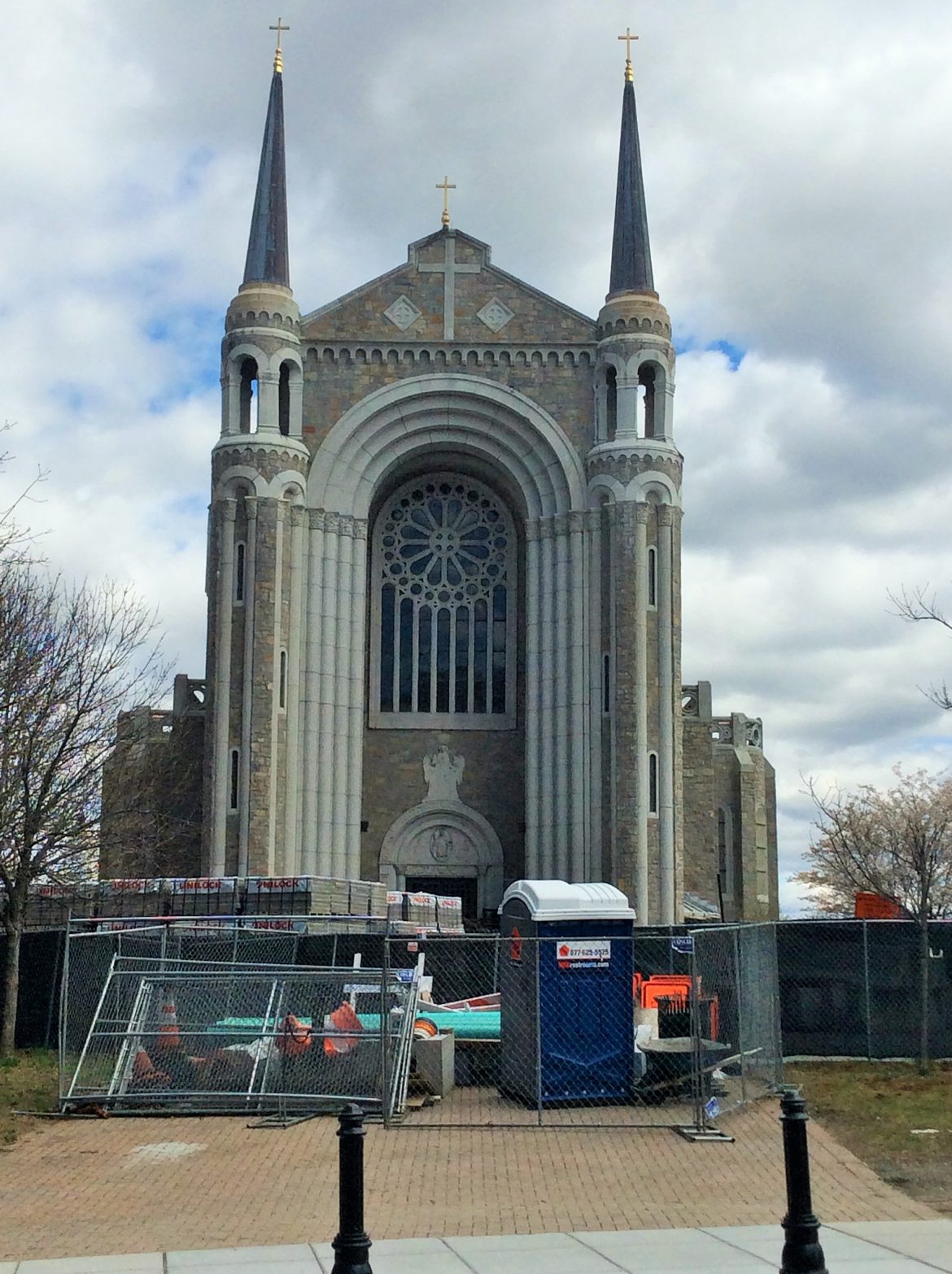 In the runup to the end of the delay, as we wrote on March 29, “Preservation Worcester released a 13-page development package, schematics and prospective rehabilitation budget for the church. That was quickly followed by news that City Square II Development Co. LLC, which is controlled by The Hanover Insurance Group, has entered into an agreement to sell the church to a buyer it did not identify.”

On March 28, the Worcester City Council adopted a non-binding resolution that urged, “all parties controlling the future of Notre Dame des Canadiens Church to delay its demolition for a reasonable additional period of time to allow for potential developers to pursue its development.”

Late Tuesday afternoon Preservation Worcester announced in a press release that it and the Re-Imagine Notre Dame Committee have located a qualified developer “who made a bona fide offer on the structure” and who would seek “to restore and re-purpose the building with exciting amenities that support downtown development.”

Not all news was hopeful, though.

Preservation Worcester noted that Leggett-McCall, the developer hired by City Square II Development, “is not able to negotiate with the [prospective] developer” because the property is under a purchase and sale agreement,” according to the release.

According to Preservation Worcester Executive Director Deborah Packard, the developer wishing to renovate the church has asked Leggett-McCall to forward its offer to the church’s prospective new owner.

There are many unknowns, most notably the identities of the prospective buyer and prospective renovator and what both parties have planned. This gives us pause.

However, the outcome is paramount. We renew our call for all parties to negotiate in good faith with the ultimate goal being the saving of the church.

We commend Preservation Worcester and the Re-Imagine Notre Dame Committee for the speed with which they were able to identify a party with the willingness and ability to make an offer that saves Notre Dame from the wrecking ball.

With the fate of an historic building hanging in the balance, we feel the need to remind ourselves that “if it falls it will be gone forever. The least that can be done, what we owe ourselves to maintain a part of our history, is a concerted effort to see if Notre Dame can be saved.”