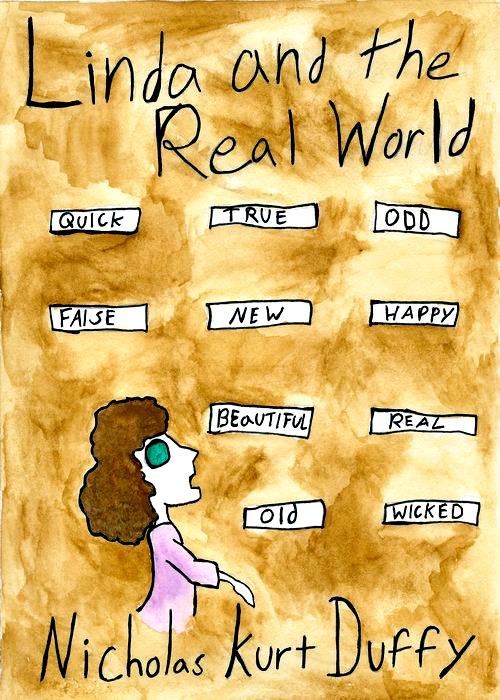 "Linda and the Real World" is available on Amazon.

This article was originally published in the Feb. 12, 2017, edition of the Sun.

“My theory is that we are all here in Worcester to achieve things that the city needs. There’s a lot of culture here, a lot of artists and a lot of fascinating people. We’re going to start doing great things.”

As the phenomenon of binge-watching television series becomes more like a national pastime, particularly for millennials, a Worcester-bred author of that maligned and melancholy generation wants to encourage a healthy obsession with reading.

“I plan to change the perception of books,” said Nicholas Kurt Duffy, who self-published his first novel, “Linda and the Real World,” on Jan. 9. The book, says Duffy, has “something for everyone” and with only 156 pages could be read in less than three hours.

“One excuse people use is ‘books are boring,’ which is a conditioned response. The other is ‘I don’t have time,’ ” Duffy said. “We have time to stare aimlessly at social networks and binge watch shows on Netflix for 70 hours, but not to read books? Why?”

While the writing took Duffy about one year to complete, he said he spent more than five years in the “real world” collecting material.

“It’s about a girl who falls through her television and enters the ‘real world.’ She meets four friends, and the book is about their experiences in the ‘real world,’ he said.

As Duffy describes it on his website, The Author of Gen, “Linda” “is a work of fiction. I call it a fairy tale. …  [it] is written for people, regardless of their age, and for you yourself.”

Far from an open book himself, Duffy, 24, is reluctant to share too much about the novel and prefers to avoid comparisons. Similarly, in very un-millennial style, the Holy Name Central Catholic High School alum asked not to be photographed for this story. He’d rather “keep to himself,” he says, but did offer that his website moniker and the definition of “Gen” would “make sense in about five years.”

And this, a synopsis of the novel from Duffy’s website:

“Linda and the Real World bonds together the lives of four individuals: Linda, Marth, Excellent and Jack. It follows the group through a time of both investigation and revelation while each character tries to figure out a place that is mentioned too often without thought, ‘the Real World.’”

Duffy, who also designed the cover art for the novel, hails from Grafton Hill and is the great-grandson of the late William Duffy, former deputy chief of the Worcester Fire Department and patriarch of the Duffy family from Middlesex Avenue.

“My family is close and strong,” Duffy said, describing his East Side clan. “I’ve learned respect, among other things, from my family. How to carry yourself with respect and share it and practice it.”

“Linda and the Real World” is available on Amazon.

His parents have had a clear influence on him.

Father Kurt Brierly, a physician’s assistant, inspires him with “the way he applies himself … and I think he’s always thought outside the box.”

Of his mother, Kerrie Duffy, Nick says, “It’s amazing how much she loves people. She can believe in strangers, eccentrics, all that. I remember one day, when I was little, I said I ‘hated’ someone and she snapped. Lost her temper. She told me that was a terrible thing to say.

“That was one instance in my life when I realized how important words are.”

Duffy’s description of Linda’s world in the first few lines of the book are strikingly similar to his own stomping grounds: “In a neighborhood of three-decker apartments, which stood up on a hill, there lived a girl named Linda.”

Despite the similarities, Duffy insists Linda’s world remains in the eyes of the reader throughout the novel. “The real world is the real world. People need to see it for themselves. That’s the point. My book can be applied. It can be used by anyone,” Duffy said.

After Holy Name, Duffy graduated from Worcester State University with a degree in English before earning his master’s in intellectual history from the University of Edinburgh in Scotland.

“Linda and the Real World” is Duffy’s first published work. His short fantasy, “Moth Anticipation,” can also be found on his website.

Duffy recently sat down to speak with Worcester Sun to discuss what the “Real World” means to him, the future of his writing career and the impact growing up in Worcester had on his writing.

What inspired you to write “Linda and the Real World”?

Growing up, you experience things and you’re unsure how you really feel about things, and this was my way of sharing how I felt and it was a brainstorm that allowed me to feel free in my own creation.

The whole concept of the real world. It’s funny at this age when you have the freedom to make your own life, people tend to use the “real world” term a lot. Now that I’ve wrote a book about it, it debunks the myth of the real world for me.

What’s your own definition of the real world? How would you describe it?

I think that life is one thing and reality is a subjective thing. There is no real real world. The real world is whenever everyone compromises and agrees that they see the same thing. People want to believe in some kind of structure, but there’s a lot of unexplainable things and people don’t feel comfortable delving into things that can be questioned.

The idea of the “real world” is a myth. People throw it around too much. It’s not thoughtful. 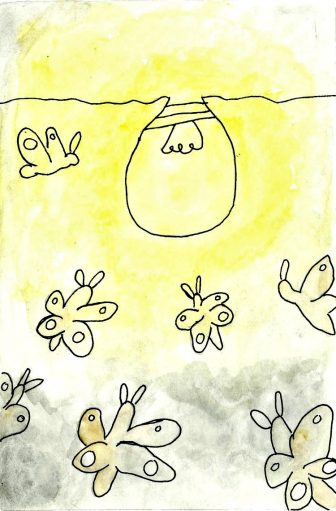 As a male author, what’s it like writing from the perspective of a young, female character?

I can’t say I necessarily understand the perspective of a young girl. And I wasn’t really trying to. It’s really just the story about a young person that is relatable. If anything, it’s symbolism. It’s an art form. It’s the story of a young female lost, which was really popularized by ‘Alice in Wonderland’.”

Ultimately, what are your expectations for the book and the where do you see it taking your career?

I have a plan in place. This book is a necessary part of something bigger — both a bigger body of work and a bigger idea of myself as an artist. I know, eventually, I’m going to reach the audience I want to reach. It’s a high aspiration, I understand that. But I can fathom it.

My goal is to reach a universal audience. I don’t know if this will be the book, but I know one of my books will get me to that point. The great thing about it is if one of your books becomes popular, then your other work is looked at with wider eyes. I think this book has the potential to reach a bunch of people, but I really don’t have any expectations. I think the most important part is to keep working.

What’s the support been like from your family members and friends?

I understand that it’s no one’s responsibility but mine to be passionate about what I’m passionate about. But now that the book is out there, I think for my family and friends it’s great to see that what I was talking about has finally come to fruition.

Have there been any leads on publishers picking this book up?

I haven’t reached out to anyone. I would like to see what I can do without one and see what I can accomplish on my own first, to prove my own worth. I hope to reach some kind of success on my own and maybe that will allow the publishers to trust me a little bit more.

I’m being fairly patient about it and it would be great if someone even reached out to me.

What about your experiences growing up in Worcester are reflected in your writing?

Worcester is an amazing place. And I think you have to leave to really understand that. When you’re growing up you’re thinking “OK, I need to get the hell out of here.” But then if you spend some time here, you get to meet a lot of people. The personalities and the diversity of everyone here really shows that there’s something good going on here.

My theory is that we are all here in Worcester to achieve things that the city needs. There’s a lot of culture here, a lot of artists, and a lot of fascinating people. We’re going to start doing great things. There’s definitely something in the water. It’s a city with a lot of odd balls, but it’s cool. That’s a good thing. I’m proud to be from here.

How did your education at Holy Name and WSU and learning how to write at those schools show in your writing?

To me, writing is an expression. After going through my education, you realize that there is no specific formula or limits. Everyone has a different expectation or idea about writing. If you see that enough, you think to yourself, “OK, so no one really knows. If anyone is going to know, it will have to be me.”

“Linda and the Real World” can be purchased on Amazon.com for $6.99. To learn about Nick, visit TheAuthorofGen.com, and follow him on Twitter @Goodnight_Nick.