Little boy to his friend at family picnic: “You throw like a girl!”

When I was mayor, I always personalized my politics. It makes coming to a decision much easier. For example, when I was asked whether I supported gay marriage, I asked myself, what would I want if one of my children were in that position? It made the answer fairly easy.

So, when I heard about Bill O’Reilly and his creepshow, I tried to imagine how I would feel if he had done something like that to my daughter. My first reaction was to laugh, because I know if he did, he would likely end up with a fat lip or a public lambasting. My daughter is a tough kid.

But then I got angry. Like any father, I want to protect my daughter from harm.

Thankfully, over time, that has changed. Nevertheless, today, there are still Neanderthals who cling to the old ways, who see diminishing women as a way of raising themselves up.

When my daughter was born, I was determined to help raise a strong, independent young woman. Today, we joke that we exceeded our wildest expectations.

Of course, my wife, herself a strong woman and positive role model, gets most of the credit for our daughter. But, as a father, I hope I contributed something to the woman she has become.

Just about every child-raising expert has acknowledged the important role fathers play in the development of daughters.

Dr. Meg Meeker, a pediatrician and author of “Strong Fathers, Strong Daughters,” argues that “fathers more than anyone else, set the course of a daughter’s life.” She developed a list of “10 secrets every father should know.”

Certainly, mothers play an enormous and critical role in the development of their daughters. But, for the purposes of this column, I asked other local fathers, who have raised strong, independent daughters, to offer some advice from their own experience. Here is their list.

1.) Expect your daughter to work hard – every day

Fran Polito is a very successful businessman whose daughter happens to be the lieutenant governor of Massachusetts. He told me that he treated his son Kenny and daughter Karyn exactly the same.

“It’s two sides of the same coin,” he said in describing his parenting philosophy. “On one side you show them love. On the other side you don’t make things easy for them; they have to work. And Karyn has always been an incredibly hard worker.”

Polito said he knew that his daughter was something special the day he went to Holy Name High School to hear her give a speech in front of classmates and parents. He said he was so proud that, “I just broke down crying.” 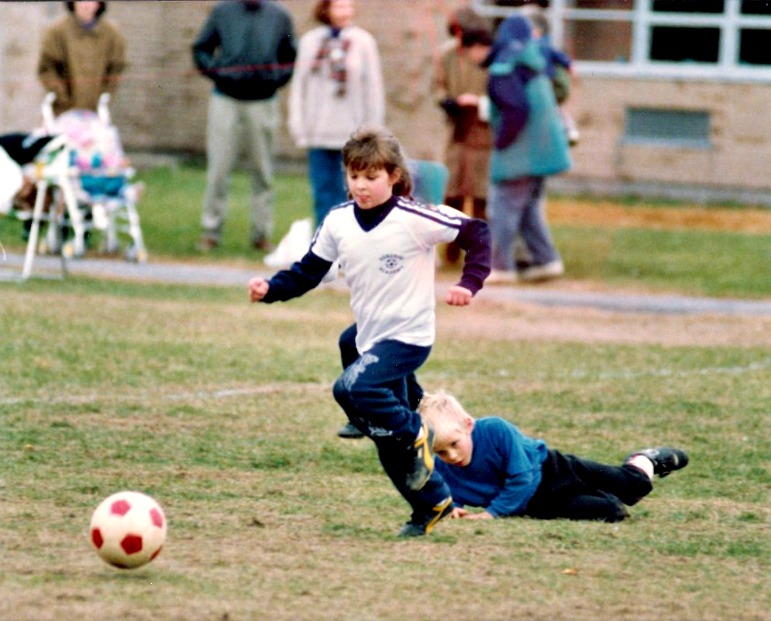 A young Gina Mariano, leaving a boy in the dust.

2.) Have her get used to competing with boys

Tony Barry is a Worcester firefighter and small-business man. His daughter, Samantha, has a Ph.D. and is a psychologist at UMass Hospital. When his daughter was young, Barry enrolled her in a physical training program at Holy Cross where almost all of the participants were boys.

3.) Set an example for your daughter

Dennis Irish is a former city councilor and a former vice president of Vanguard Health System. His daughter, Kathleen, is the mother of three children and an All-American triathlete. Her military husband has been deployed on four tours to the Middle East.

Irish said it was important to set an example for his daughter by always treating her mother with respect. 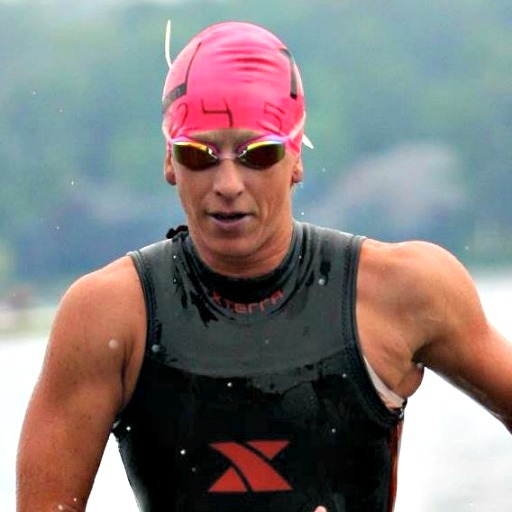 4.) Teach her that she can’t quit when things get tough

Irish also noted that it was important to set high expectations for his daughter. “She doesn’t have to win, but she can’t quit,” he told me.

Kathleen took that expectation to heart. In one triathlon her bike broke down and she had to wait two hours for repairs. At that point, she was in last place. Without quitting, she finished the 100-mile bike portion of the race and began passing other racers in the 26.2-mile marathon. Ultimately she beat 183 others, finishing the race competitively.

5.) Remind her every day that she is loved

Jack Sharry is a retired businessman. His daughter Kate is president of Group Benefits Strategies, the company Jack founded. Jack said it was important to him that he told his daughter every day that he loved her and that, whenever she needed him, he would have her back.

When Kate took over the family business, Jack stayed on to help. On her first day in charge Kate told her father: “Dad, I love you and I will always have your back.” Then she added, “But don’t ever forget, I can fire you.”

Her words made Jack smile. He knew that he had raised a strong daughter, someone with the confidence to be successful. 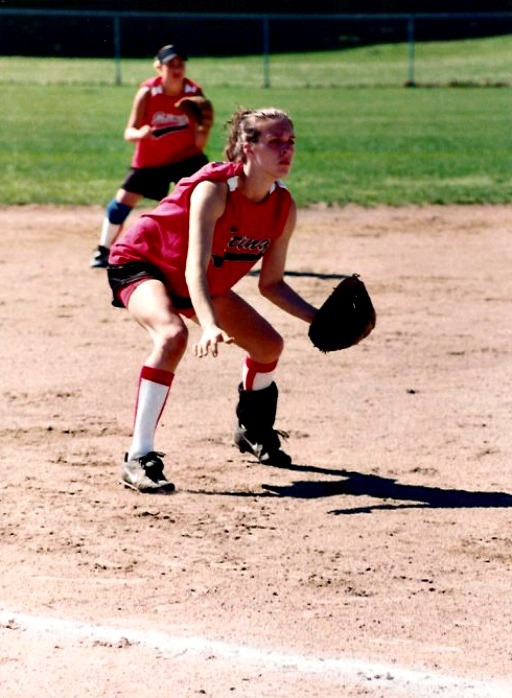 6.) Teach her to speak up for herself

As for me, I have two pieces of advice. The first is that it is important to encourage your daughter to speak up for herself. Like most fathers, I fought an overwhelming urge to protect my daughter and clear the path for her. But that is not always the right thing to do.

I remember when Gina-Marie was 13 years old and playing on an all-star softball team. Her team had won the New England championship and was playing for the national championship in Delaware.

After the first game, my little girl was upset because she did not get to play in the game. As she was telling me how she felt, I looked up and pointed to her coach sitting about 30 yards away. “OK, now go tell your coach,” I said. She hesitated for a moment, and then off she went to plead her case to the coach.

Over the years, from time to time, I have advised my daughter on what to say or how to say it, but I always made sure she spoke for herself. Today, she is a successful lawyer who has no trouble speaking up for herself.

7.) Teach her how to compete

I tell all of my friends with young daughters about the value of team sports. Little boys learn to push and scrap by playing sports. Even average athletes like me learned how to compete in the backyard.

My daughter played softball all through college. She learned how to play through pain and how to compete with girls much bigger and stronger than she.

According to researchers at Catholic University, “Women who are athletes are more achievement oriented, independent, self-confident and inner-controlled.”

I recognize that every child and every family situation is unique. The comments written here are just a few examples, words of advice from local fathers. So what are the points I am trying to make?

First, fathers play an important role in raising strong, independent daughters. Their love, guidance, and example can help break down barriers for their girls.

Second, having more strong women is not just what is right; it’s what is best, what is needed — for everyone. No one is minimized or diminished because a woman is strong.

And finally, strong girls become strong women, and when that happens creeps like Bill O’Reilly don’t stand a chance against them!