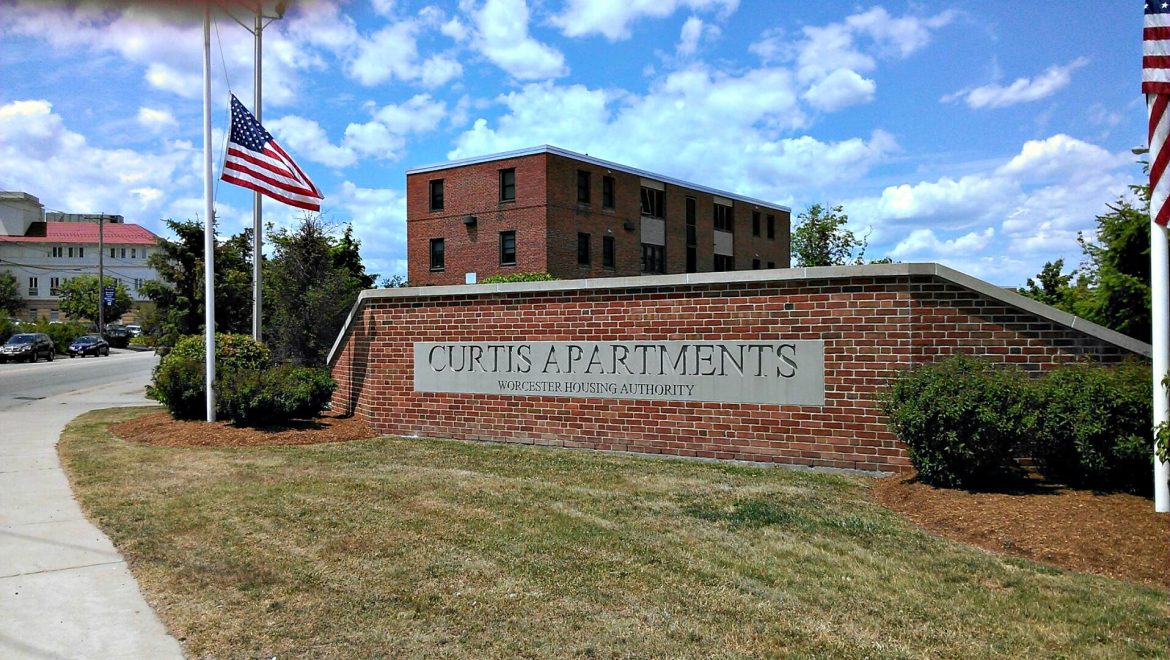 Worcester Housing Authority administers the "A Better Life" self-sufficiency program at the complex collectively known by most as Great Brook Valley.

It is time that Democrats and Republicans did something to help some of our most vulnerable citizens: those who need public housing to avoid being homeless.

To a large extent, the actions of our elected officials have actually harmed the very people they say they are trying to help.

When I became executive director of the Worcester Housing Authority in 2003, I noticed that some of our families had lived in public housing for as long as five generations. We conducted an extensive survey and found some startling statistics: As many as 80 percent of our residents were unemployed, 40 percent did not have a high school or general equivalency diploma, and more than 50 percent did not even have a driver’s license.

Imagine a candidate trying to get re-elected citing these statistics. In no other neighborhood would such scandalous numbers be acceptable.

I believe our country is headed in the wrong direction.

In increasing numbers, our poorest families are becoming less educated, less employed, and more reliant on government services and support. A system of assistance that was designed as a temporary helping hand has become a permanent way of life.

Alarmingly, reliance on public assistance has become a sort of perverse legacy handed down from one generation to the next. In the same way that children with hard-working parents model the behavior of their role models, so too do children who know only public assistance follow the path shown to them.

Everyone knows that our current system is an abject failure. Unfortunately, both the traditional Democratic and Republican approaches are misguided.

Democrats are anxious to provide public assistance but reluctant to ask anything from the recipient. They say that we should not force anyone to go to work. I have even heard several advocates say that we should “wait until they are ready.”

As far as I am concerned, waiting multiple generations is long enough.

Democrats know that the current system is not helping the families it serves. But they do nothing to change that system. In fact, they fight any changes proposed.

Republicans are equally wrong in that they want to require work of those receiving assistance without providing the necessary support critical to helping residents find the path toward self-sufficiency. They refer to “those people” and say that “no one helped me.”

Another Republican approach is simply to cut benefits after a few years. That approach ignores the enormous challenges many of these families face – challenges that were created, in part, by the current system.

Collectively, Democrats and Republicans have created and funded a system that entraps families in a growing, intergenerational cycle of poverty. In that system, everyone loses.

In 2011, convinced that our system of providing public benefits was actually hurting the families who received them, I set out to change the system.

With the generous financial support of The Health Foundation of Central Massachusetts, the Worcester Housing Authority designed and tested an intensive case management program called A Better Life (ABL).

Initially, the program was voluntary. While we were able to change the lives of those who were willing to work with us, for a wide range of reasons most residents did not seek out the help we offered. We marketed our new program to approximately 1,200 families. Unfortunately, we struggled to find 30 families willing to do the hard work necessary to participate in the program.

Ultimately, we realized the only way this program would work is if the government required families to participate. Yes, it is hard and in many cases the odds are stacked against residents willing to do the difficult work required to become self-sufficient. But, it should not be acceptable for people to say they won’t even try.

The current system not only lets them sit on the sidelines, it encourages it.

Basis for Our Program

Our single motivation for putting this program in place was to help families move toward self-sufficiency.

These are good families who have been lost in a system that rewards them for remaining on public assistance. We start with a belief in the ability of our residents. Then, working with them, we set high goals and hold residents responsible for those goals.

Most importantly, we help residents reach their goals. The challenges that our residents face are daunting. To make matters worse, most do not have a support system in place to help them. That is where our program staff comes in.

There are several phases of the ABL program, each with its own set of requirements. In general, the following program requirements apply:

Intensive case management providing residents with support and guidance, as well as access to a range of community resources is offered. (For some phases of the program case management is required.)

A comprehensive training program and a range of apprentice programs are offered that are designed to help residents gain the skills they need to improve their lives and to secure a good paying job.

All able-bodied, adult residents under the age of 55, who live in state-assisted public housing are required to go to work or attend school full time to continue to receive housing benefits. This includes the head of household and other adult members within the household. After making a sincere effort to find employment, any resident who is unable to do so will be offered community service at the Worcester Housing Authority while their job search continues.

The results of our program so far speak for themselves.

We have helped hundreds of families improve their lives, many beyond anything they might have imagined. For participants who have been in the program for two years, we have more than doubled the number of adults employed from 36 percent to 81 percent. We have tripled wages earned. We have tripled the number of participants attending school/training. Oh, and we have reduced the incidence of domestic violence by 50 percent. Our program is working.

The participants in the ABL program are inspiring role models.

Most are single mothers, some have disabled children, and some have been victims of domestic violence. And yet they find a way to get into work and move themselves and their families forward. They are hard-working, resourceful and, most importantly, determined to break the cycle of dependency on public assistance.

Unfortunately, our program only operates in state-funded public housing. With the help of leaders like state Sen. Harriette Chandler and Lt. Gov. Karyn Polito, the state has been our partner. Unfortunately, the same is not true in our federal public housing. To date, the federal government has refused to give us permission to require residents to go to work or attend school as a condition of their lease.

In those apartments, residents are destined to remain stuck in an intergenerational cycle of poverty without much hope.

I am no longer the executive director of the WHA. But I remain committed to helping the good families who live in public housing find a better life for themselves and their families.

Working with Alex Corrales, the current WHA executive director, and the entire WHA staff and Jan Yost of the Health Foundation, the fight to expand the program in Worcester and beyond continues.

4 thoughts on “Mariano: Democrats and Republicans can help residents of public housing by requiring work”