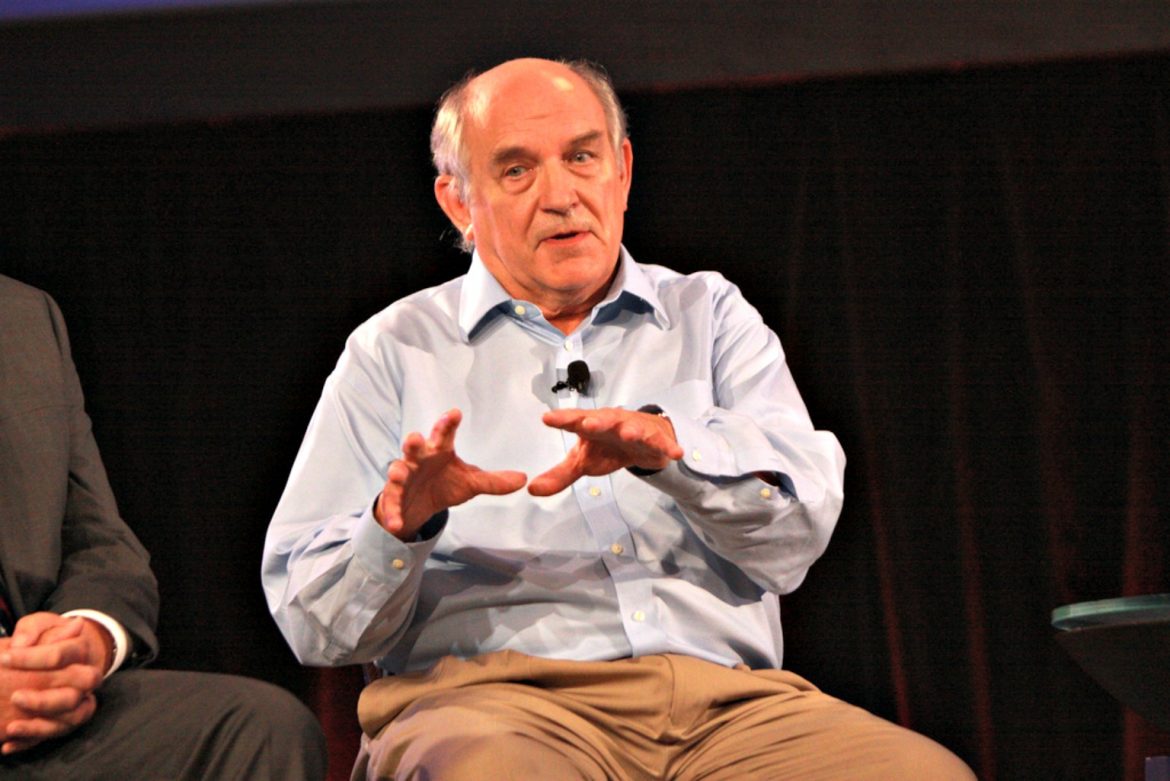 How did the privileged youth of Middlebury arrive at such a state of intellectual poverty? Perhaps because they live in a social bubble, and are unable or unwilling to face the social truths Murray outlines.

The recent, lamentable history of anti-intellectualism at American colleges reached a new low on March 2, when students at Vermont’s Middlebury College shouted down and derided sociologist and author Charles Murray, preventing him from delivering a talk about his book “Coming Apart: The State of White America, 1960-2010.”

An explanation of what happened, including a video of the students’ behavior, is available here [or watch the video below] from Middlebury faculty member Matthew Dickinson.

After the abortive talk, Murray was taken to a private room to conduct an interview with faculty member Allison Stanger. Later, leaving the building, they were blocked by a mob, which pushed and shoved them, then rocked and pounded on their car.

Stanger sustained whiplash and a concussion. She wrote about her experience in this New York Times column.

While the behavior of students and other agitators was disturbingly violent and close-minded, Stanger writes that she was “…genuinely surprised and troubled to learn that some of my faculty colleagues had rendered judgment on Dr. Murray’s work and character without ever having read anything he has written,” and that “Intelligent members of the Middlebury community — including some of my own students and advisees — concluded that Charles Murray was an anti-gay white nationalist from what they were hearing from one another, and what they read on the Southern Poverty Law Center website.”

As regrettable as the circumstances were that brought it about, it is encouraging to see that one more liberal college professor has woken up to the reality of anti-intellectualism and neo-fascist thuggery on America’s college campuses.

But these phenomena are hardly new.

They have been growing on college campuses for years, thanks in part to a refusal to judge reprehensible behaviors as such, while drowning common sense and traditions in a toxic sewer of political correctness.

But that goes only so far in explaining the crass and criminal behavior at Middlebury.

Ironically, the best explanation may lie in Murray’s book. For the mob that ruled the day at one of the nation’s most privileged schools — I speak from experience, having attended language school at Middlebury one blissful Vermont summer — is a product of the social bubbles that Murray writes about in “Coming Apart.”

Since, in my opinion, the 400 alumni and students who signed a letter opposing Murray’s appearance are unlikely to have read his book — and seem determined not to — I did so this past week on their behalf. Perhaps some of the 30,000 or more of you who attend college in Worcester and might be inclined to condemn Murray will read this, think twice, and share.

I have not read, and thus will not offer any judgment on “The Bell Curve,” the deeply controversial 1994 book that Murray coauthored with Richard J. Herrnstein. Suffice to say, the long-held negative feelings held by progressives against Murray were bound to ensure that wherever he went, controversy would follow.

But I can assure readers that any indictment of Murray on the basis of “Coming Apart” is deeply unfair. “Coming Apart” contains no hint of racism. His thesis is that our nation is coming apart along class lines.

In the first third of the book, he demonstrates conclusively how and why elites associate with other elites. These are pages that Murray’s liberal detractors should enjoy, since they help explain why we live in an increasingly divided and unequal America, a favorite theme of the left.

In the second part of the book, Murray asserts that declines in marriage, industriousness, honesty and religiosity have helped grow a new lower class.

In the final section, he explores why this matters, where it is likely to lead our nation if it is left unchecked, and how we might renew America through a rebirth of families, vocations, communities and faith.

Whether Murray is correct in his diagnosis and prescriptions is an open question. Read his book and decide for yourself. But denying him the opportunity to be heard is dangerously misguided.

How did the privileged youth of Middlebury arrive at such a state of intellectual poverty? Perhaps because they live in a social bubble, and are unable or unwilling to face the social truths Murray outlines.

To find out, I suggest they take Murray’s 25-question diagnostic quiz, included in “Coming Apart” but also available online at PBS Newshour’s website.

I suppose that makes me, like most people, a work in progress.

If so, remember this: A big part of making progress in life — learning, fulfilling your potential, etc. — is listening, respectfully and skeptically, to people like Charles Murray who are smarter than you are.

Remember that next time a learning opportunity comes to your campus.