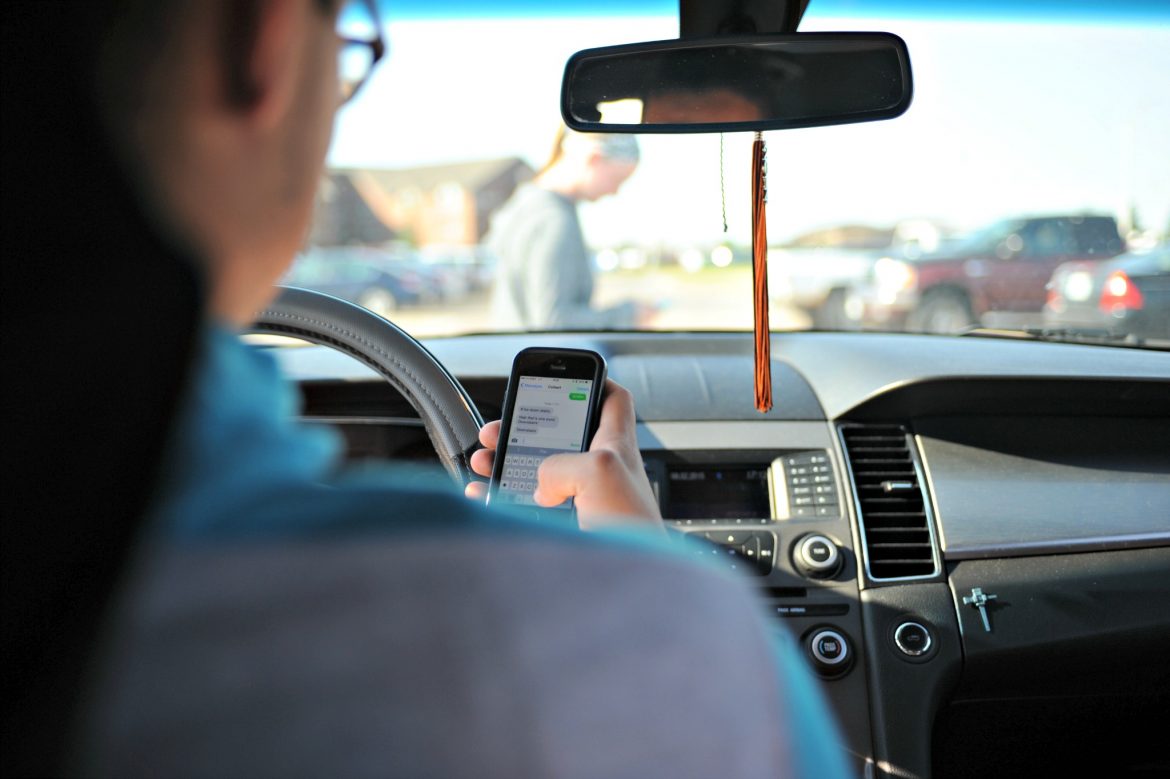 What more evidence does one need to conclude that distractions are killing us — drivers, passengers, cyclists and pedestrians alike?

In 1935, Grant Wood produced one of his most iconic paintings, “Death on the Ridge Road,” a dark commentary on the perilousness of life on the American road — and perhaps a commentary on life itself.

In the painting a red box truck and two sleek black cars seem to be headed for a fatal encounter on a narrow country road.

The 1930s were hard times in many ways in the U.S., and not least on the nation’s roads, where nearly 35,000 perished, at a time when there were many fewer vehicles and a lot less driving. The death rate stood at an astounding 15.09 deaths per 100 million vehicle miles of travel (VMT).

Things have gotten a lot better since 1935. Recently, however, the data have veered in the wrong direction.

The National Highway Traffic Safety Administration’s (NHTSA) preliminary data for the first half of 2016 showed a 10.4 percent increase in fatalities over 2015, with sharp increases in deaths of pedestrians, cyclists and motorcyclists. The National Safety Council (NSC), a nonprofit based in Illinois, largely agrees, and estimates nearly 40,000 deaths in 2016.

Over the last two years, the nation’s highway death toll is up 14 percent. Even Massachusetts, among the safest driving states, saw a 15 percent increase in deaths between 2014 and 2016.

These increases are particularly dismaying because they follow a decade of steady declines. Between 2005 and 2015, according to NHTSA, the death rate fell in every year but one, to 1.01 deaths per 100 million VMT. That’s a far cry from 1935!

What’s behind these increases?

“It is too soon to attribute contributing factors or potential implications of any changes in deaths on our roadways,” NHTSA declares.

OK, cautious public employees can’t state the obvious, but I can: We are a nation distracted.

Consider highlights of a NSC poll of 2,001 adult drivers conducted in February:

Think about that last one. Only a slight majority of drivers understand that electronic messaging of any kind is a distraction. What more evidence does one need to conclude that distractions are killing us — drivers, passengers, cyclists and pedestrians alike?

Sure, there are other possibilities.

Some argue Americans are driving more, leading to more fatalities. Except that’s not really true. This chart comparing vehicle miles driven to deaths shows that deaths have declined steadily since the 1920s, while Americans have driven more almost every year. The trend lines crossed in about 1954 and continue to diverge, thanks to safer vehicles and better roads. The decade from 2005 to 2014 only proves that more miles don’t have to mean more deaths.

But look at this report from the AAA Foundation for Traffic Safety, particularly Figure 2, page 5.

The fact is accident rates decline steadily with age, reaching their lowest point for drivers in their 60s. They rise slowly thereafter, but come nowhere near the rates for younger drivers. Aging drivers may be a concern in 30 years, but they don’t explain the spike in highway deaths in 2014-2016.

Still not convinced that distraction is the culprit? Check this CDC report, or this one from AAA, which cites federal estimates suggesting that distracted driving may account for 5,000 deaths a year. If AAA is right, that would explain the entire increase in deaths that NHTSA and NSC have noted over the last two years, and then some.

In other words, if it weren’t for those amazing phones we all love so much, the number of traffic fatalities in the United States would probably be at a record low now and headed still lower.

If you agree that distraction is killing us, and always focus on your driving, thank you, and please share this with someone you know who is guilty of distracted driving.

If that someone is you, the bad news is that your odds are getting worse by the day. The good news? You’re still alive and can still choose to put your phone and other distractions away, and focus on keeping you, me, and everyone else on and along our roads as safe as possible.

One thought on “Sina-cism: Fear what’s just around the corner”