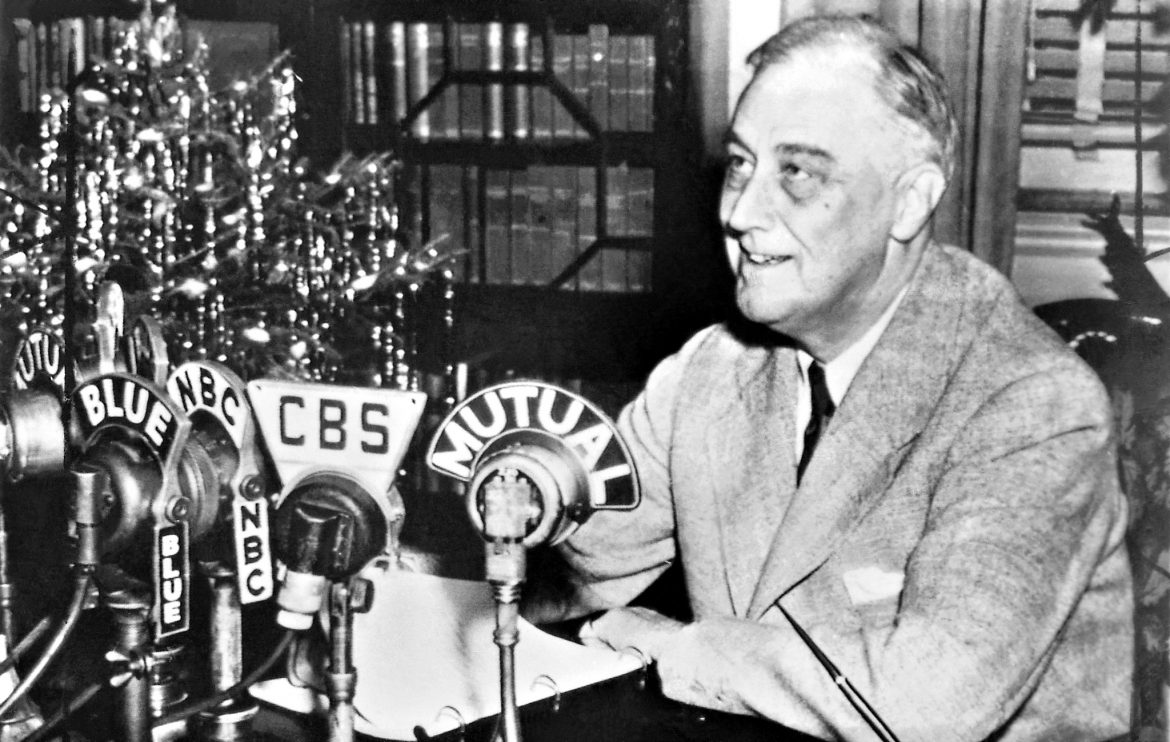 FDR spoke out against fear at a time when Americans needed to hear exactly what he had to say.

The international and global problems we face require much more cooperation and are not wholly within our control, but even they are merely variations on past problems.

What are you afraid of? Terrorism? Illegal immigrants? Losing your job to a robot? Donald Trump’s latest tweet or executive order? North Korea? A rattlesnake attacking you while you’re hiking around the Quabbin Reservoir?

Some of these fears could be realized.

Terrorism is a grim reality. Some illegal immigrants commit crimes. Technology replaces some jobs (and creates others). Trump has made and will make mistakes. North Korea could be the flashpoint for a major conflict.

But in most cases, even when such things come to pass, they are unlikely to directly affect the vast majority of those who worry about them. Tragedies are tragic enough without compounding their pain through constant worry.

The least likely on the above list, rattlesnakes, serves to illustrate how irrational we humans can be.

When state officials proposed to establish a colony of rattlesnakes on a deserted island in the Quabbin, the public outcry was such that you would have thought they wished to place serpents in infants’ cribs.

The last confirmed fatal rattlesnake bite in Massachusetts occurred in 1791, yet the self-appointed experts who deep-sixed Rattlesnake Island regularly propel themselves at 75 miles per hour in steel-and-glass cages that frequently collide. Nearly 400 Bay State residents die each year in traffic accidents.

Most of us may not give rattlers a second thought, but something of that irrationality shapes most of our fears.

By almost any measure, Americans today are living longer, better lives than ever. Our domestic challenges — shifting climate, urbanization, inequality, to name a few — can be addressed through dialogue, cooperation and thoughtful governance.

Fear of lost opportunities. Fear of crime. Fear of nature. Fear of foreigners. Fear of ourselves.

The international and global problems we face require much more cooperation and are not wholly within our control, but even they are merely variations on past problems.

Still we fear. As if, living in our smartphone-saturated world of titillations and entertainments, we need something to snap us from our Snapchat, to create enemies so as to somehow reconnect to the primal struggles of past ages.

Some of us go camping or hiking. Or plant a garden. Others become health fanatics. Some, for better or worse, become very serious about religion, or a cult masquerading as religion. Many simply plunge deeper into the labyrinth of TV and online entertainment.

When none of this yields the calm and absence of fear we need, we create enemies whom we can blame for our unhappiness or shortcomings: Politicians. Or neighbors. Or immigrants.

One wishes for a defining moment such as Franklin D. Roosevelt achieved during his first inaugural address in 1933: “Let me assert my firm belief that the only thing we have to fear is fear itself — nameless, unreasoning, unjustified terror which paralyzes needed efforts to convert retreat into advance.”

Interestingly, those words were not part of the original speech draft, as historian John Buescher notes here. Roosevelt confidante Louise McHenry Howe had confided to a friend prior to the inauguration that no matter what else the new president said, he ought to tell the American people that “the only thing they have to fear is fear.” Buescher adds that Worcester’s own Frances Perkins, secretary of labor under FDR, wrote in 1946 that it was the president’s bout with polio that led him to believe that “the only thing to fear is fear itself.”

In any case, FDR’s phrasing was timely. Even if his subsequent handling of the Depression could be judged as less than stellar — see this UCLA study and this Jim Powell book — the man did instill confidence. We could use more of that feeling today.

But even if our current leaders aren’t a Washington, Lincoln, FDR or Reagan, we need not fall victim to our fears.

OK, we can’t do much about that creepy feeling you get from happening upon a snake, although even that is no excuse for denying rattlesnakes a haven.

Sadly, once infected with the virus of fear, we tend go on fearing, playing out our years in senseless worry and unnecessary strife, until we stand on the threshold of death, looking back in anger and regret at lives we cannot return to, yet still fearful of what may come next.