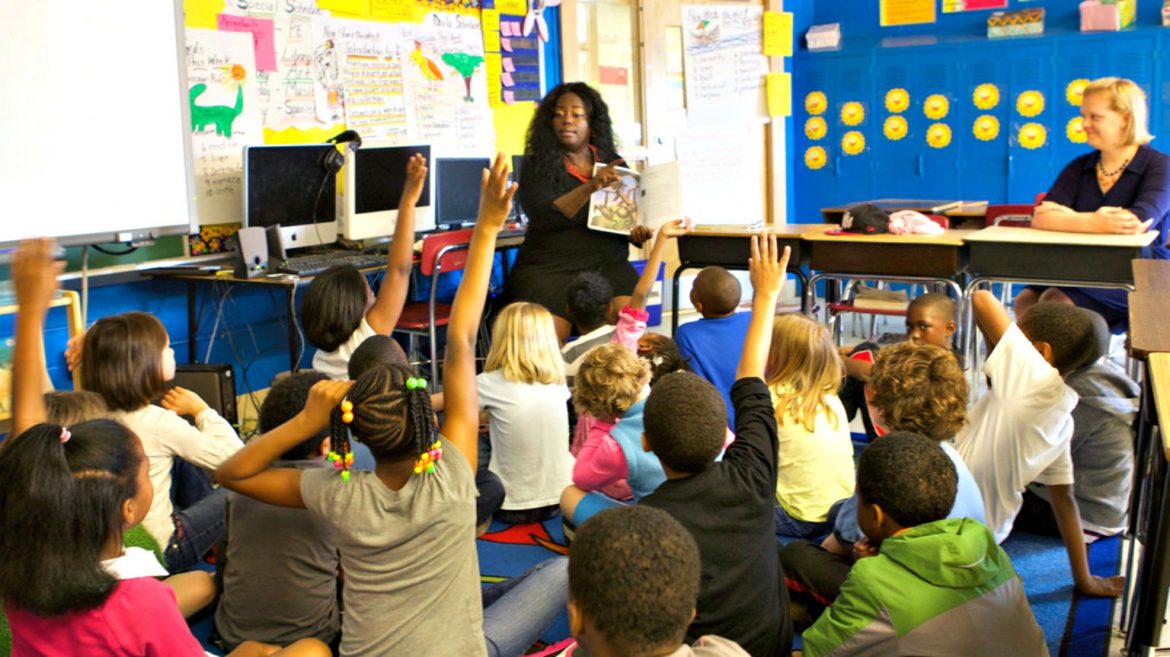 It costs a lot of money to teach students, and despite Massachusetts' reputation as an education leader many feel there is a large investment gap to fill.

Do you know the difference between schooling and education?

A recent cover story in Worcester Magazine — which touched upon the difficulties of obtaining a teaching license and concerns about teachers in the Worcester Public Schools whose licenses may be nearing expiration — reminded me of that distinction.

“Not all schooling is education nor all education, schooling,” economist Milton Friedman wrote in “Capitalism and Freedom,” his 1962 manifesto on economic and political liberty. “The proper subject of concern is education. The activities of government are mostly limited to schooling.”

When Friedman wrote those words, the federal Department of Education did not exist. It was created by President Jimmy Carter on Oct. 17, 1979. In 2016, the DoED employed 4,400 people and had a $68 billion budget — proving Americans possess a genius for creating useless bureaucracies.

The existence of the federal DoED bureaucracy would not at first glance seem directly relevant to teacher licensure in Worcester. After all, teaching licenses are required by states, and ensuring that teachers’ licenses remain current is a local function.

Nonetheless, the creation and continued existence of the DoED matters because it legitimizes the idea that the federal government has a role to play in education. According to our Constitution, it has none.

And that, in turn, conditions Americans to accept the trappings of bureaucracy as they pertain to education, when in reality they pertain only to schooling.

Even conservatives and libertarians who argue that education is reserved to the states fall into the trap. It is public schooling that is reserved to the states, all of which require children be educated until at least age 16. But while states monopolize public tax dollars for schooling, they cannot monopolize schooling itself. Private and religious alternatives abound, and many families choose them. And education in the truest and broadest sense of the word occurs throughout our world and lives.

The possession of a license is no guarantee of competence in education.

But neither is the absence of a teaching license proof that an individual cannot or should not teach. Private and religious schools employ many competent and gifted teachers who lack the formal requirements that public school teachers must meet. And millions of Americans who have never taken a single education course — including many homeschooling parents — have done a wonderful job educating young people in various walks of life.

That a handful of WPS teachers were recently found to have licenses nearing expiration should not be taken as a sign of impending crisis. By the same logic, the renewal of those licenses — by spending some specified number of hours in a classroom or attaining a threshold score on a test — should not be understood as a sign that all is well.

I realize that my quest for a world in which teacher competence is judged (and teacher compensation set) independently of licensure is quixotic. But I’ve observed many kinds of schools from various standpoints since 1968, when I became old enough to enter school, and I know Friedman was right when he wrote:

“If one were to seek deliberately to devise a system of recruitment and paying teachers calculated to repel the imaginative and daring and self-confident and to attract the dull and mediocre and uninspiring, he could hardly do better than imitate the system of requiring teaching certificates and enforcing standard salary structures that has developed in the larger city and state-wide systems.”

Some of you agree with Friedman. The rest of you also agree, but just don’t realize you agree.

You’ll know it as a parent when your child complains that their teacher got something laughably wrong.

You’ll know it as a teacher when you are denied a job or a promotion because a less competent colleague has more years of service or an advanced degree — albeit one with no relevance to the position in question.

You’ll know it as a student when you see it all around you every day.

And you’ll know it as a taxpayer the next time you see our public schools fall short and wonder why.

Worcester’s public schools, like all public schools, will continue to have their successes and failures in the years ahead, in direct proportion to the competence and ability of the teachers and staff whose job it is to educate our youth.

But licensure? Licensure has essentially nothing to do with it.