Augustine's grandmother had a heavy influence on his early life.

I sometimes wondered as a child how my grandmother made her family survive.

My uncle hadn’t yet found his first job. Mom had left with my step-dad to live in Bo, the largest town in the Southern Province of Sierra Leone. My heart was with my mother. I knew she was striving hard to make us happy, but there were no gifts — or food or money — coming, only messages to Grannie and me.

My grandmother had only one of her three sons living with her, Ngainda. He was young and people expected him to get a good job. He would become a farmer. The road to the farm was quite a distance. It was manual farming and required real man power. He was a perfect fit for the job. His muscles were turgid and feasible.

My grandmother depended on him for a good yield. But the farm was patrolled by many birds that devoured the nursery seed or the ripened rice for harvest. This frustrated him, and he reverted to planting okra.

There was no one at home to take care of me when everyone had gone to the farm. There was no babysitting then. Your parents could leave you in the town and go about their business; they will meet you home in the evening. We feared nothing, like kidnapping or abuse. Everyone was the other’s keeper. But my grandmother, Kumba Ngehgba, was never happy leaving me behind. So, I had to miss school several times a year.

Augustine’s last chapter: Family disintegrates, Pa dies Or scroll down to catch up from earlier in the remarkable tale

When I did attend school it was fun. We had to pay school fees. My grandmother was well known for her resilience and tenacity. She hoped that I would be educated and become a teacher. A talented singer, she composed a song in my name about being a teacher. Teachers in my village were revered. They showed proper accountability and decency. They were among the least paid to have the respect of our society. She wanted me to become one. I had no idea as to what I was going to be.

Work on our farm intensified. We were expected to be there every morning until evening when the birds could not see.

One day my uncle was quite hungry, and it was only him and I on the farm. Grannie had gone to sell some vegetables to buy us rice. I was not big on our staple food, rice. I enjoyed fruits when I was only a lad. I was easy to feed.

My uncle was concerned. Besides not going to school, there were many days like this when I had not had anything to eat. Above all there was no fruit around. He looked around and decided to do one thing. He took some pellet-sized rocks and picked up his hunting weapon. He used it to shoot birds, and a few dropped. He roasted some and boiled some. I ate and was quite satisfied. Grannie came late in the evening.

My uncle would put me on his shoulders to take me home. I enjoyed it. I only feared that some type of bird or something would run toward me to hurt me. It was extremely dark in some areas. I felt chill within me as we walked quietly home. At some points we would see the moon running after us. I said that the moon was following us! I kept looking around and reminding my uncle and Grannie that wherever we go the moon was sure to go. I recited the “Oh, Look at the Moon” nursery rhyme.

Meanwhile I was absent from school most of the time, but my grandmother believed that I was small and had a long way to go, and so it would therefore not affect me. I knew I missed out on a lot of school activities. I missed the soccer we played most of the time and the artwork we did, including drawing.

My head teacher finally had to talk to my grandmother about my poor attendance. The teachers did not like it. That meeting terminated my going to the farm ever again. I was happy, I became a student for the first time. The head teacher understood my grandmother’s plight and she was given some handouts for the family. I was able to eat the daily meal — corn meal and bulgur — which was only given to students who paid their school fees. That was good luck on our part. 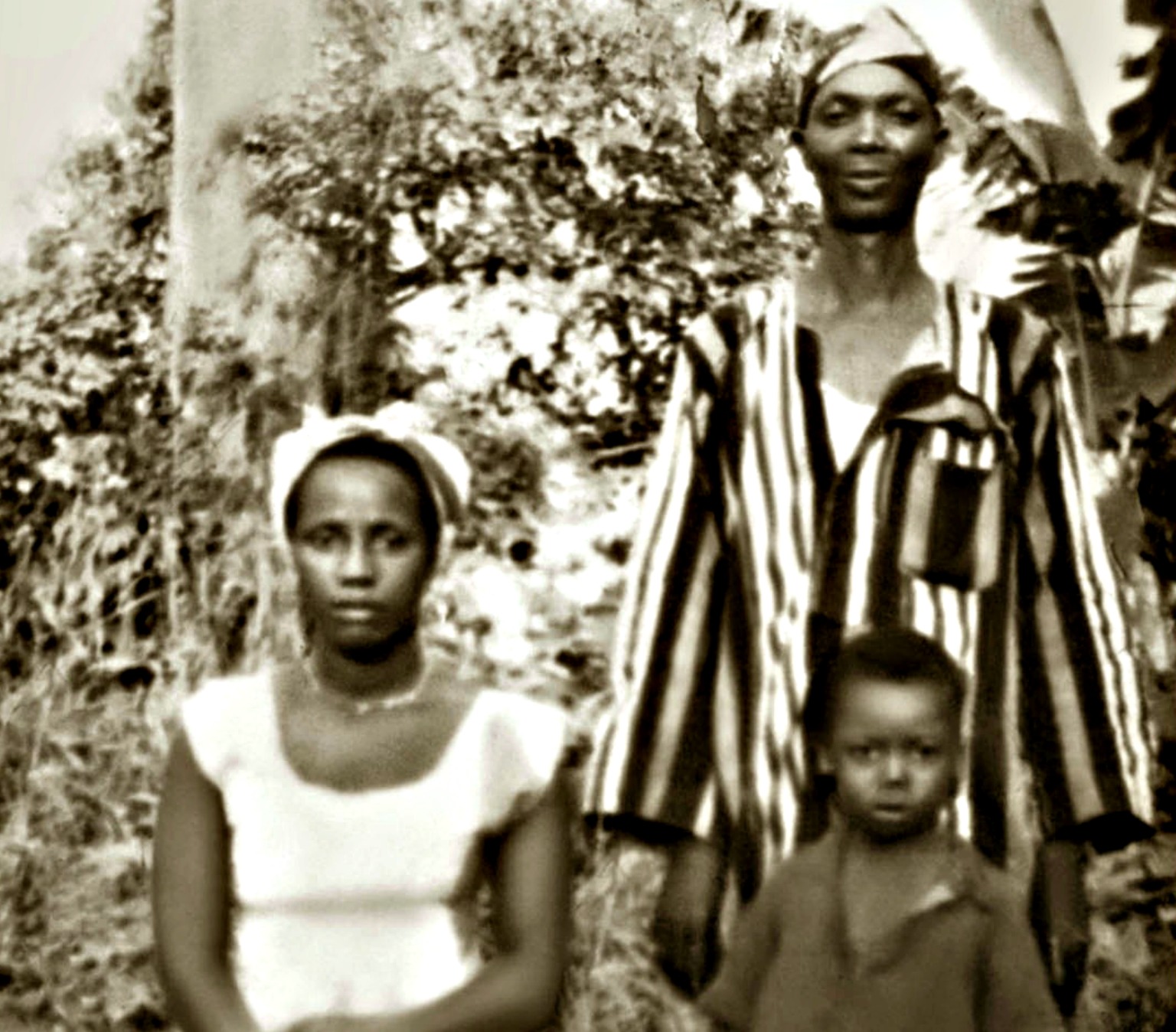 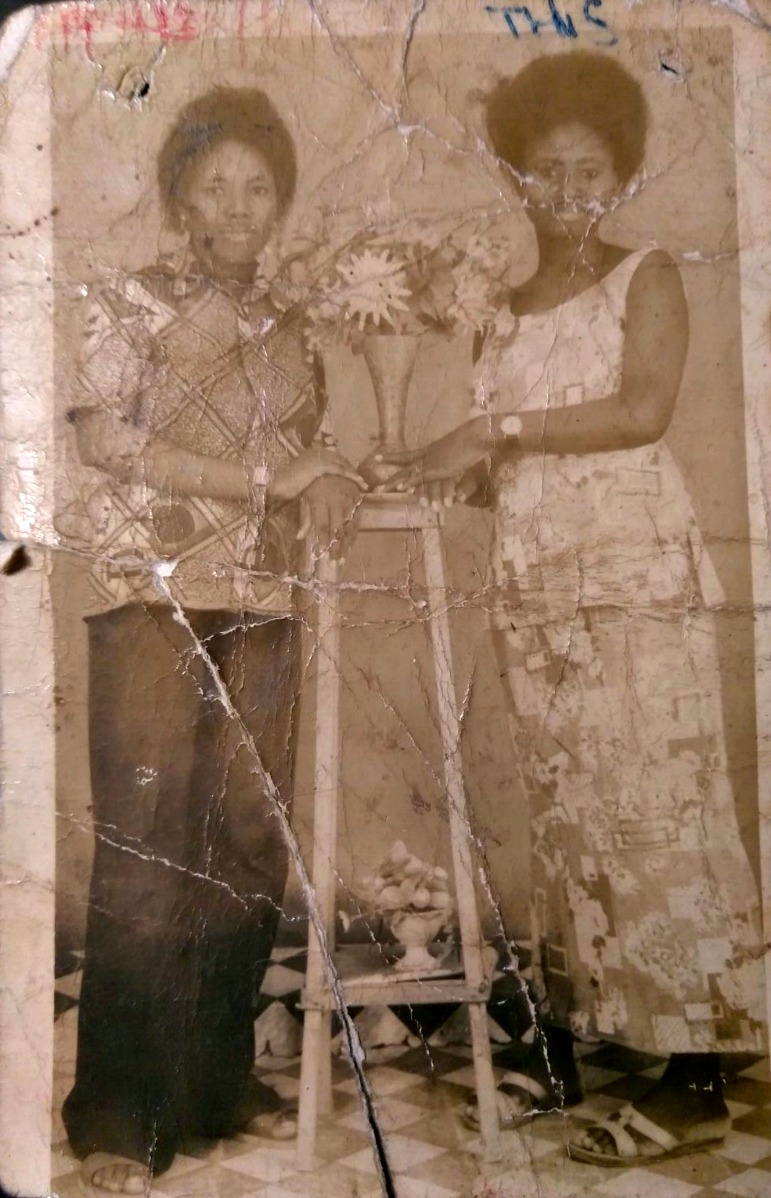 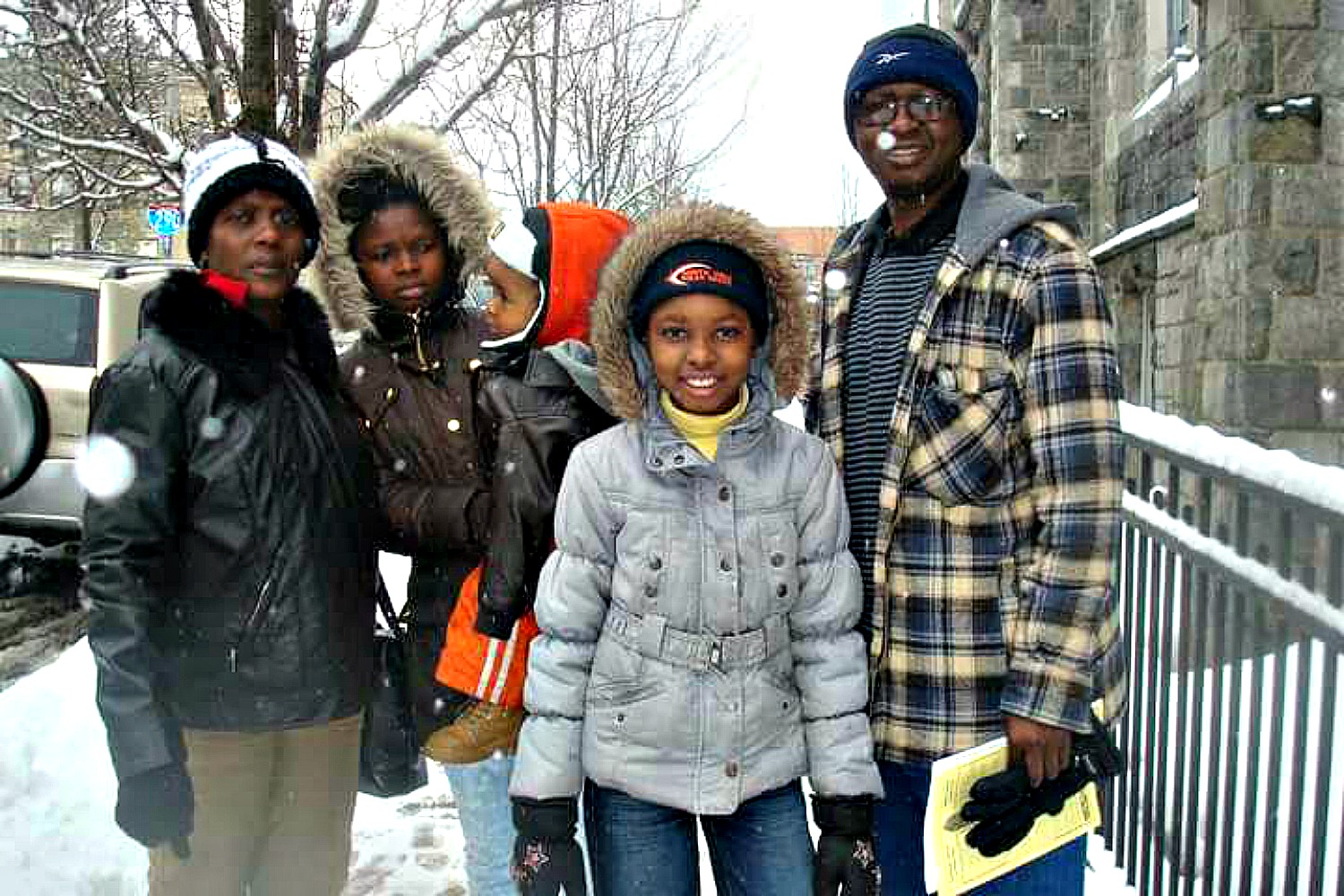 Theresa, Alice, Austin, Mary and Augustine pose outside the Cathedral of St. Paul on Christmas 2010. 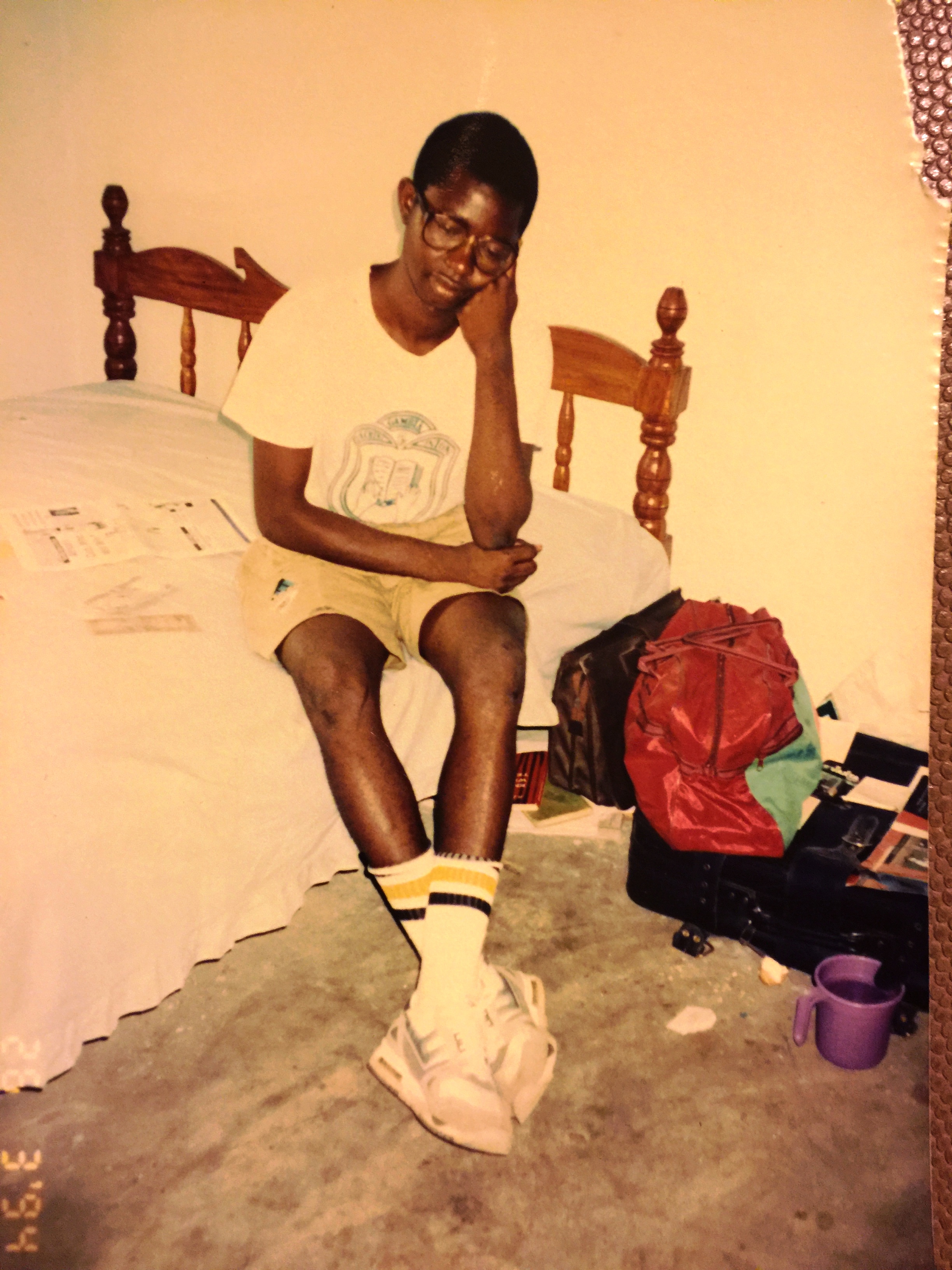 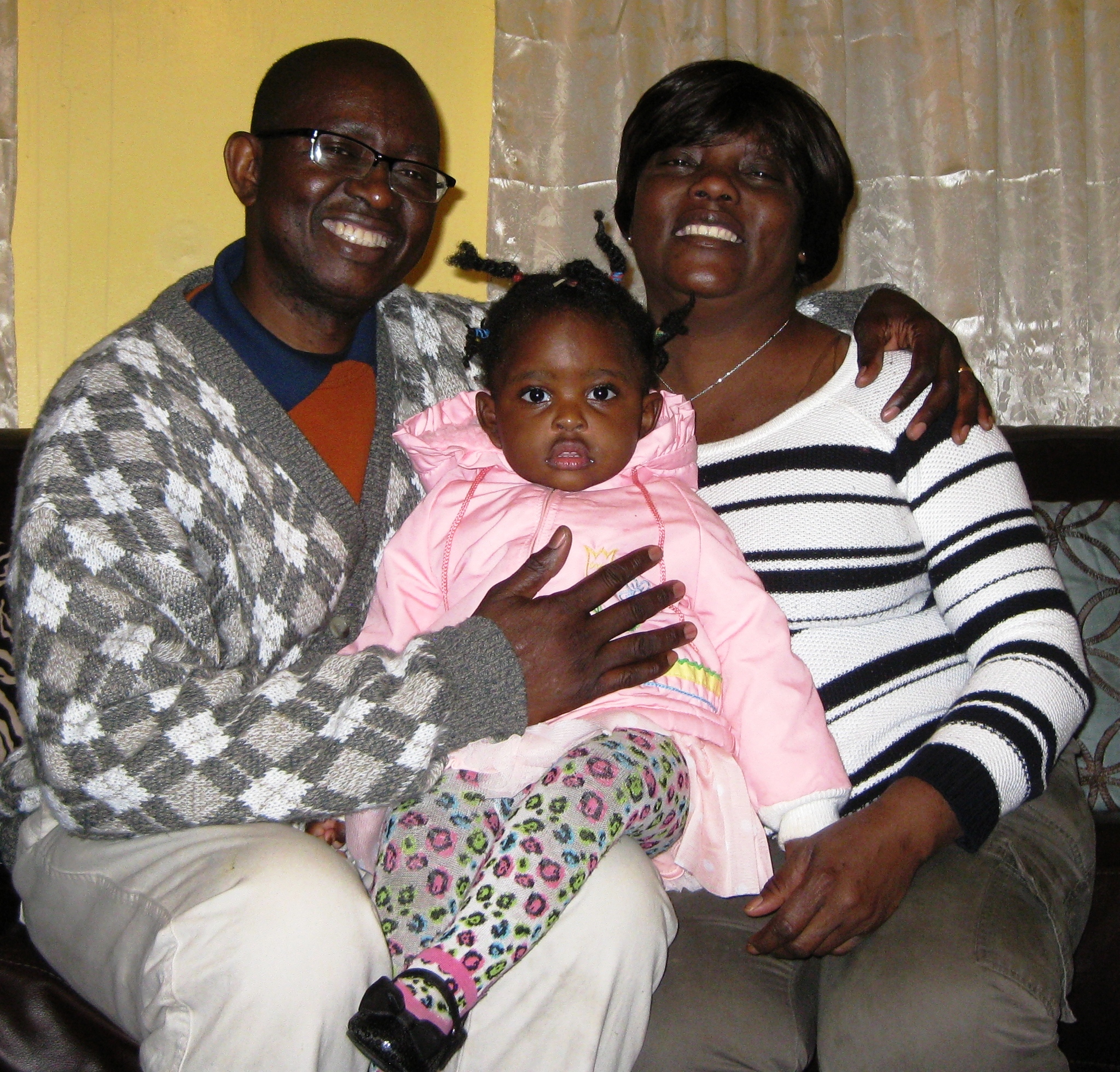 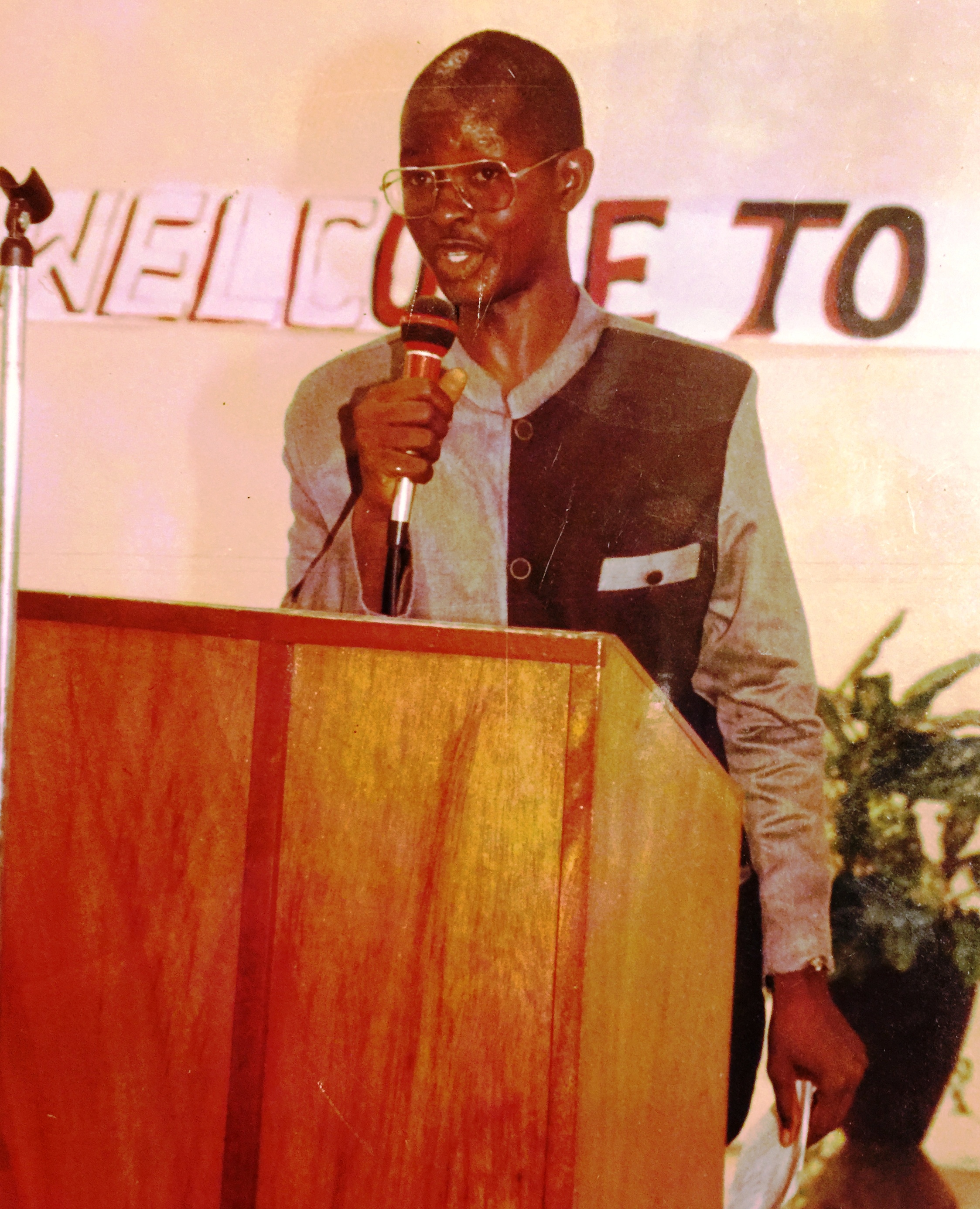 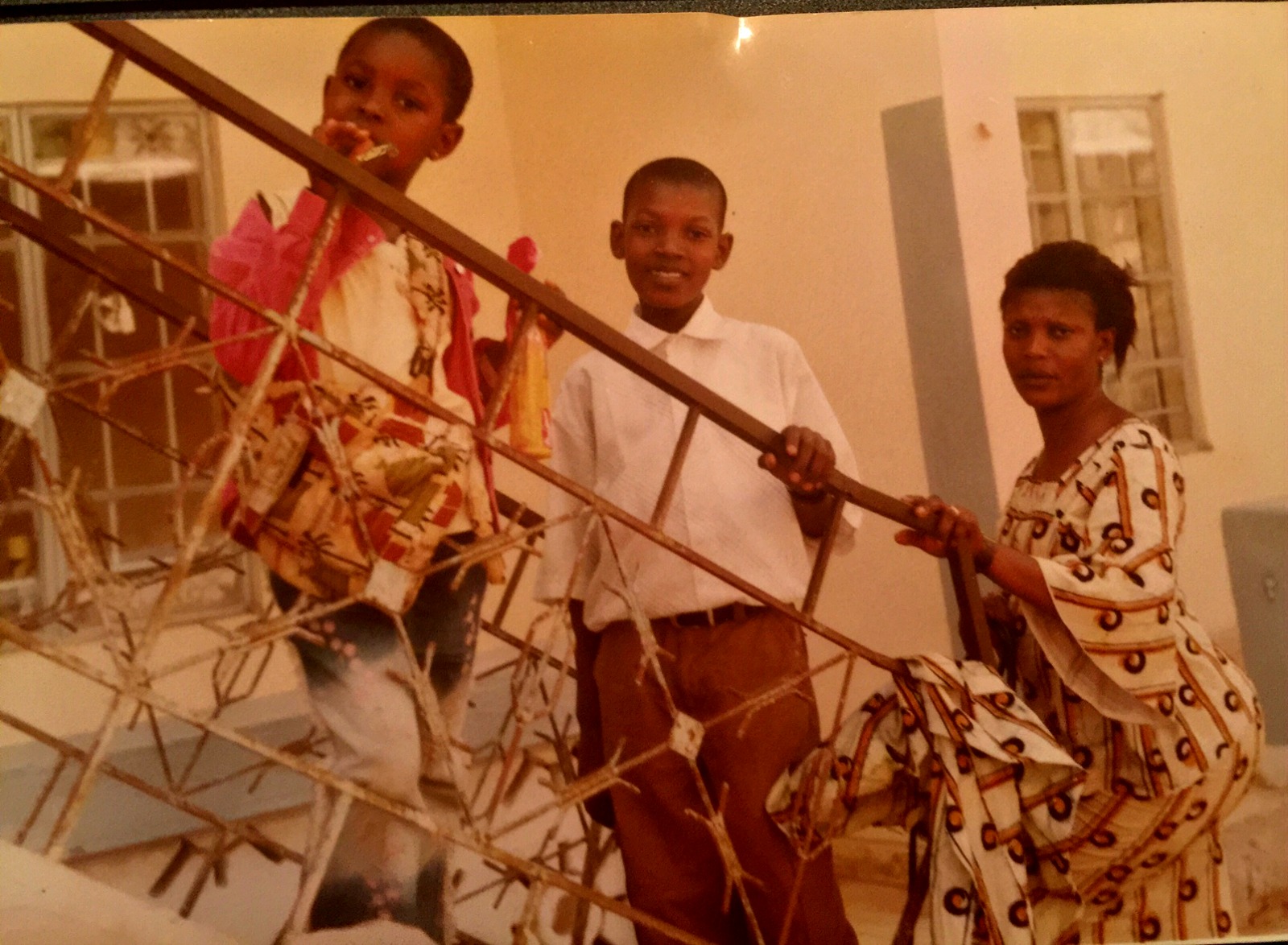 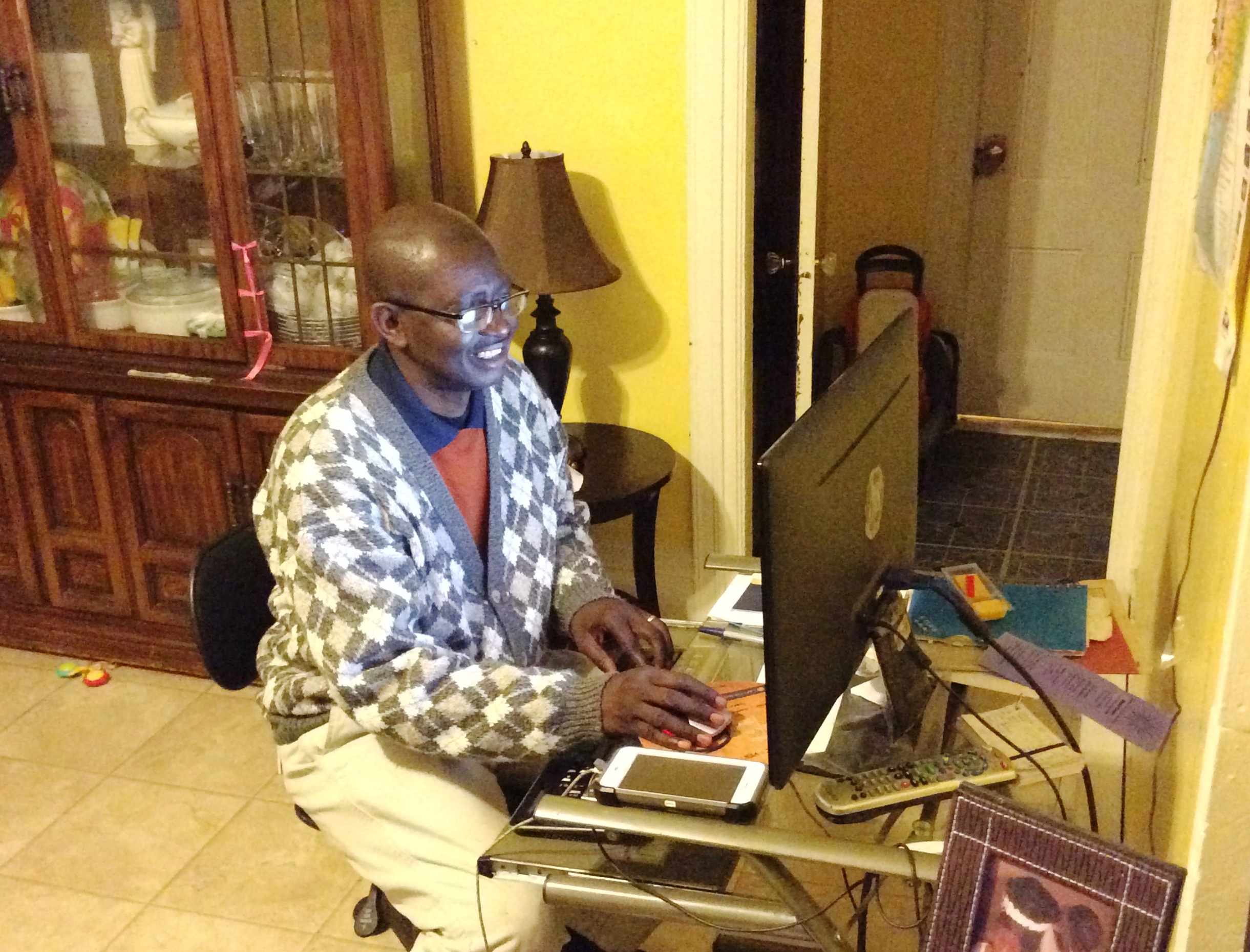 I started in Grade 1, which had three levels: A, B and C. We started from Grade 1 C, then when you did well you would go onto B and then A. I had my half-educated uncle at home, and I felt happy because he would teach me all that I needed to know at my level. I mastered the alphabet and counting. That was most of our exam.

I knew a lot of spellings through my uncle before even going to the new class. Our exam results were announced in the presence of all parents and the whole school in attendance. They normally started with the junior classes and mine was always the first. I was called first for the first time, and I was happy. My grandmother and I went to receive the result and prize. I got some exercise books and pencils. I loved it and would not part with my books for that period.

We had three semesters in a year. September to December first. We were all gathered in December, close to Christmas, for our exam results as usual. I was promoted to Grade 1 B until July, the final month of the school year. My grandmother was frustrated I hadn’t been promoted higher. “He is lazy in class,” she was told.

I had just gone to Grade 2. I carried my mother’s surname. I was called Augustine James until I was 10 years old. I slept on my grandmother’s bed, and she would not allow me to leave to visit friends after dark. Other children would go around, playing hide and seek. I enjoyed it when I was allowed to join. I became a good runner and they would all miss me when absent.

There was a lot of poverty around us. My grandmother fought hard to make ends meet.

She visited her relatives in Gandorhun, a major diamond-producing town about 45 miles southwest of Bo, where the villagers depended on farming.

If it was break or vacation, I would go with her to help some of her people and we would bring the proceeds given to us. Sometimes, I would be asked to harvest for my grandmother and she would do so for the farmers. She would sneak me handfuls of her yield to make my work lighter. It was cheating at its highest, but who cares? We needed more rice at home. I hated the leaves rubbing on my bare skin, as I did not wear a shirt in the bushes.

My grandmother did not know how many boys of my age in the village I would butt heads with when we were there.

They saw me as a threat, that I was showing off from the big town. I knew more spellings than their big boys. One day I went with them to their creek and there was a high bridge that they would jump from into the creek. I did not dare do it. The water was dark and fearful. Well, the strongest boy there, Tamba Roberti, said, “You have to fight with one person. You will choose from among us. Otherwise someone will hold you to fight right now.”

I spoke in a very cool voice, I was ready for them. “Call the others from the creek to come, so that I can choose the one to fight with.” I was not a fighter, I feared fighting; we were not allowed to fight in school or at home. I was just the lazy type. The boys started coming. I did not wait for them to come out of the water. I said I would love to fight the strongest one, Tamba. I pointed at him. He removed his shirt, but before he could remove it from his head and before the others had made it all the way out of the water, I ran very fast back to town. They could not catch me. I kept myself very close to my grandmother until we left the village.

My grandmother was not happy upon our return home. There was no money for food or anything. We lived below a dollar a day, but we still lived. Many people were thin, including my grandmother and me. She blamed my thinness on my dad being thin. And I took pride in that.

She believed in prayer and would not relent. She taught me to pray daily and to be close to God. Our praying together had a great influence on my life. I attended her church, the Methodist church, after my own church, the Catholic church. We started at 7 a.m. and finished at 8:30 a.m. I would run and ring the bell for the service to begin.

My grandmother was happy for a change when her son, my uncle Aiah James, ran away from his father at Pakidu, where they nearly killed my grandmother. She had a helper, we thought, but he turned out to be a parasite. It was too bad. He was lazy and careless. My grandmother was a fighter. School would start again soon and I was going to Grade 3. This was a more difficult class.

My mother did not know how we were suffering, because she too was suffering — and she never told us about it in her notes. We could not depend on her. We were drowning.

175 thoughts on “The unbelievably true story of Augustine Kanjia continues … Part 36: Signs of My Struggle Begin”