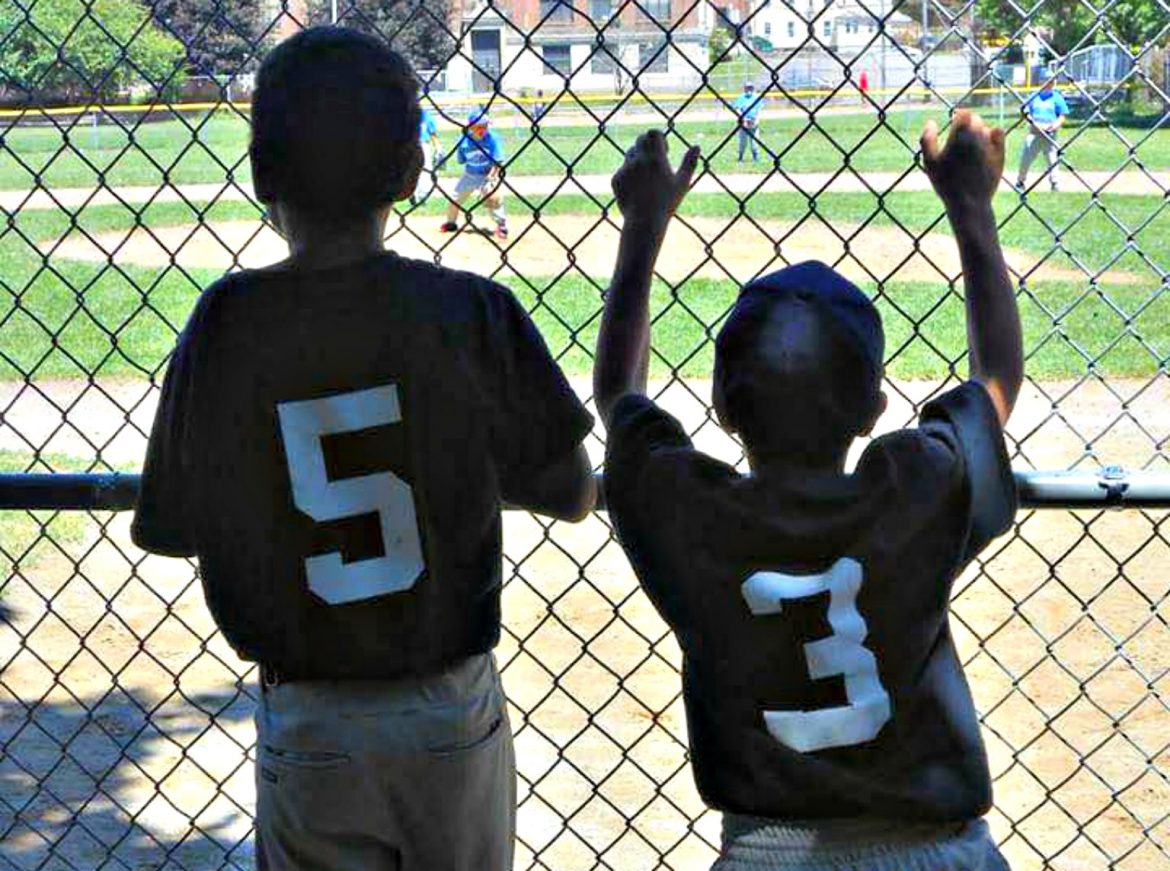 Overzealous parents chased out a championship-winning coach in Braintree. So, where does that leave the kids?

“Where I think it crosses the line is when we have a call for volunteers and no one volunteers to be a coach. Then when the season starts, everyone wants to have their say and their kids taken care of.” — Nick D’Andrea, East Side Babe Ruth official

The relationship between a sports coach and parent can be a balancing act.

Like the courts and fields where the young athletes play, there are boundaries — literal and figurative — and sometimes they get crossed.

Many of those involved in local high school and youth sports know there is a segment of parents who overstep the bounds. Beyond supporting their child and the team, more and more, it seems, they leap into a search for some kind of control in order to ensure what’s best for their child — more playing time, more accolades, more notice — whether earned on the playing field or not.

A recent prominent example of parents crossing the unmarked boundaries of involvement with interscholastic sports is a case in point. Former Braintree High School girls varsity basketball coach Kristen McDonnell stepped down after eight winning seasons — and two Division 1 state championships — because of what one parent described as “parent revolt.”

Of course, many parents, some coaches say, still manage to keep things in perspective. But the evolution of these important relationships continues.

“I’ve had it pretty good. I haven’t had lunacy like that,” Leicester High varsity football coach Tim Griffiths said.

“As far as parent interaction, we have our issues here and there, as every coach does,” Griffiths said. “When kids are growing up and playing sports, their parents expect that the kids get plenty of playing time. When they get older, however, it’s just not realistic. At the varsity level, the best players are going to play, and that’s just how it is.”

Griffiths, who’s been coaching at Leicester since 1994 — except for a stint at Quabbin Regional High School in the mid-2000s — said: “The parents that I’ve been around have been great with me, but I’ve also been there for a long time. It helps that they know me and know what to expect.

“I think it’s a lot tougher out there for new coaches.”

Griffiths is the father of two young children and understands why some parents can be overzealous. He knows it can be difficult for these parents to acknowledge why their children aren’t playing more.

“There are moments that I wish that my kids were playing more, but it is what it is and you have to accept it. Some parents really struggle with that, and you see it all over the country,” Griffiths said.

“[McDonnell] won and those parents still had a problem with her,” he added.

“It’s a symbol of where we are as a society. I hate to use the word ‘entitlement,’ but there are parents out there that think little Johnny or little Sarah is going to be a professional athlete.” — NCAA Division 1 hockey referee Jeremy Lemoine

“The fact that [McDonnell] resigned, you have to feel like she’s been dealing with that for years,” said Harrison Ingels, offensive coordinator and assistant head coach for Quabbin Regional’s varsity football team.

“It’s preposterous,” Ingels added. “This woman has won multiple state championships and has had Braintree as a contender every single year. It’s clear that what the parents want sells. In this case they wanted controversy and they got it.”

Ingels, of Leominster, who will be heading into his fourth season coaching with Quabbin this fall, said parent involvement in youth sports can be healthy — so long as it doesn’t go overboard.

Corey Phillips, former varsity girls basketball coach at St. Peter-Marian Junior-Senior High School, said: “I think the way parents should be involved is, go to the games and support their child. Go and be positive and get involved with things like the booster clubs and concessions.

“They should have zero say in the way the coach handles the players.”

Phillips, 37, of Worcester, spent the past two seasons at SPM and will not be returning next season following a 7-13 season this past winter.

“Sports are the greatest way to teach life lessons. And some of those lessons are that the best players will play the most, and maybe your role is to sit on the bench. But if you take that role and run with it you can make the team better,” Phillips said.

“It’s a role that a lot of players aren’t going to grab onto nowadays, and most parents aren’t going to agree with,” he added. “Unfortunately, the kids are the ones getting hurt because they’re missing out on the lesson of going out and playing their role.” 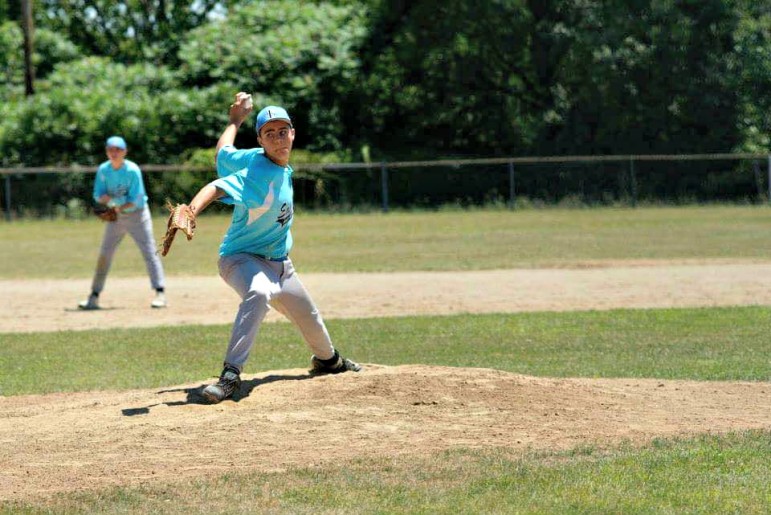 All the coaches — Ingels, Phillips and Griffiths — were adamantly against parental involvement in the hiring of coaches.

“It’s a symbol of where we are as a society. I hate to use the word ‘entitlement,’ but there are parents out there that think little Johnny or little Sarah is going to be a professional athlete,” said NCAA Division 1 hockey referee Jeremy Lemoine, noting that less than 1 percent of all kids growing up playing hockey make it to the NHL.

“There’s so many leagues and so many people playing. There’s so much time and money invested in youth and high school sports that it’s literally becoming big business. I think the parents can get a little blinded by it all,” he said.

As a referee, Lemoine, 34, of Dudley, is no stranger to parents overstepping their boundaries. He played an active role in the widely circulated video “Hockey mom storms on ice” in 2011, when he had to break up a fight in a junior hockey game and kick a disgruntled mother off the ice. (Lemoine was the ref trying to break up the fight and told the mom to get off the ice.)

“I hate to throw every parent into the same bucket, but sometimes the majority wins. Obviously, the situation that I had back in 2011 takes the cake. I don’t think there will ever be a situation that beats that,” Lemoine said.

If parents want to be involved, there are healthy and more proactive ways, argues a longtime city baseball league official.

“Parent involvement is necessary,” Nick D’Andrea, secretary/treasurer for East Side Babe Ruth, said. “Without parent involvement, you hit a roadblock. At the youth sports level, you’re dependent on parents for rides, fundraising and other things.

“That’s what parental involvement is — get the kids to the game, sit and cheer.”

“Where I think it crosses the line,” D’Andrea added, “is when we have a call for volunteers and no one volunteers to be a coach. Then when the season starts, everyone wants to have their say and their kids taken care of.”

D’Andrea — a coach, umpire, and parent to two daughters — said that while he understands that every parent wants what’s in the best interest of their child, the people running the leagues — coaches and administration — are the ones who endure the most grief brought on by complaints from parents.

“Parents don’t seize on an opportunity to be a coach, but have ample comments about the coaching,” he said, adding that most of the complaints he’s received from parents have to do with playing time — or lack thereof.

D’Andrea said East Side Babe Ruth has mandatory playing rules to guarantee each child playing time. For instance, each player needs to play six consecutive outs in a game, and get a minimum of one at-bat.

“At the youth level, those things are in place. And from my end, I like to give the parents a little more leeway since they are paying for their kids to play, and I don’t want them to feel like they are wasting their time or their money,” D’Andrea said.

According to Lemoine, there’s a training seminar hosted by USA Hockey that prospective referees must attend to become registered as an official. “The seminar spends a good amount of time discussing situations and how to defuse certain situations — like when to use the rule book to your advantage — and how to handle certain things, namely coaches, players and parents,” Lemoine said.

“Really, the recurring theme is that people don’t know the rules. They think they do and they scream and yell. I don’t do any youth hockey anymore because of that situation,” said Lemoine, who now referees at the high school and college level.

“What happened in Braintree is just the tip of the iceberg,” D’Andrea said. “Parents need to realize that not every play is a big deal. And that’s how parents are treating it. We stop cheering for the kids and it becomes more about the stats.”

In such cases many people, including the kids, would probably appreciate it if parents played their positions better.