It is no secret to anyone who knows me or anyone who reads my column that I am not a big fan of Donald Trump.

As a candidate, he certainly got my attention when he mimicked a handicapped reporter so disgracefully. When he bragged about his ability to grab women by their private parts, just because he was a celebrity, I was convinced that my fellow Americans would never, under any circumstances, elect him as our president.

I often ask myself: How could anyone support this guy? What kind of a person would support someone who, to me, was and is such a “total disaster?”

The fact is that while the vast majority of my friends do not support Trump and many loathe him, I do have a few friends who supported Trump during the campaign and support him today. These are good, decent people and could never be included in anyone’s “basket of deplorables.”

I have always wanted to ask them why they supported Trump.

In a recent television interview, University of California Berkeley Professor Robert Reich, who previously served as labor secretary for President Clinton, said, “The best way to learn something is to talk to people who disagree with you, because that forces you to sharpen your views and test your views. And you might even come out in a different place.”

So I contacted my friends and asked them to tell me why they supported Trump. Here are just a few of the things they told me.

Trump voters have their say

Jay is executive director of a nonprofit. Before that, he spent several decades working in local government. He is an unenrolled voter. For him, “a Trump presidency is all about disrupting the status quo.”

Jay was frustrated that elected officials talk, but “little gets done.” He noted that Trump was not a politician and that he would not be confined by existing rules. He liked the fact that Trump seemed to bypass the media and other politicians and speak directly to the people. 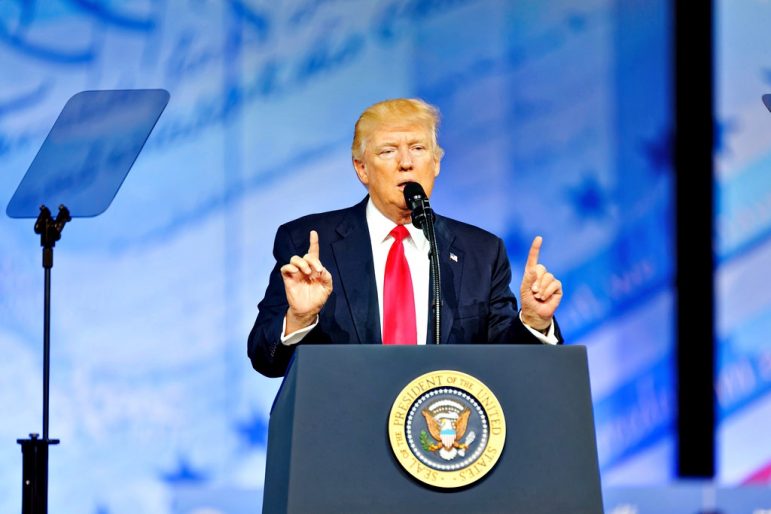 Jay’s support for Trump has not been dampened by the lack of significant achievement in Trump’s first few months in office. He pointed out that most of the problems that our nation faces took years, if not longer, to develop, and crafting a reasonable response would take some time. He added that the stock market’s positive reaction to Trump was based on the overall economic optimism that Trump has created.

Nick is a surgical oncologist and a naturalized citizen. He is a lifelong Republican. He said he supported Trump as “the lesser of two evils.” He liked that Trump was not politically correct and that he spoke his mind.

Nick was disappointed when Trump nominated Rex Tillerson for secretary of state because he believes that position needs an experienced diplomat. And like almost everyone else I spoke with, he sees bringing Democrats and Republicans together as Trump’s biggest challenge.

Dennis works as a materials manager. He is an unenrolled voter. He too was tired of the “professional politicians” who he felt were “self-serving.” Dennis is disappointed that the president has not been able to get a better health care plan in place thus far.

Carlo is a police sergeant. He is an unenrolled voter. He felt that President Trump would rebuild the military, help veterans get the benefits they deserve, and put American interests ahead of those of the rest of the world.

Carlo is suspicious of liberal Democrats, who he thinks do not have America’s best interest at heart. He sees the president’s most important job as trying to find a way to bring Republicans and Democrats together to work on a common agenda.

Jim is retired and an unenrolled voter. A devoted grandfather, he worries about the safety of our country – and of the world. He was a young boy living in southern Florida during the Bay of Pigs fiasco, and remembers how frightened his mother was. Now Jim is worried about all the terrorist attacks he sees on the news, especially in Europe. He has put his trust in President Trump to keep his grandchildren safe.

Nancy (not her real name) is a small-business owner. She is especially interested in tax reform and in a reduction in the capital gains taxes.

Gerry is a certified residential real estate appraiser and real estate agent. He is an unenrolled voter. Like many of the people I communicated with, Gerry is very uncomfortable with Trump’s “abusive personality” and his “still attacking and insulting people.” He dislikes his remarks about the press.

Gerry voted for Trump with the hope that he would bring jobs, especially manufacturing jobs, back to America.

Going forward, Gerry hopes Trump will help America “gain the respect of our allies.” But he cautions that the president needs to find a way to bring the nation together.

What have I learned?

So, as Professor Reich might ask, what have I learned? 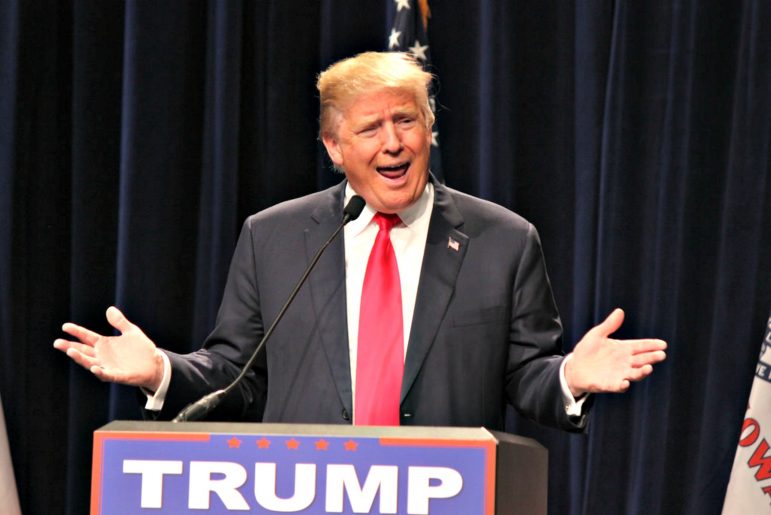 First, I was wrong in thinking that Trump would never get elected just because he was such a despicable person.

In my analysis, like almost everyone else I failed to listen to voters who were so frustrated and angry with our elected leaders in Washington, and so desperate to change the way things were done, that they were willing to vote for Trump – even if he was a total creep.

Second, I learned that we will never bridge the enormous divide between us until we take the time to honestly listen to the concerns of those with whom we do not agree.

With one exception, the people I talked to did not go off on a rant. They were thoughtful and sincere. They are worried about the future of our country and the world that they are leaving behind for their children and grandchildren.

And while I disagree with them on many issues, I have great respect for their concerns.

As independent U.S. Sen. Angus King from Maine said recently, “The people who voted for Trump … have absolutely legitimate concerns.” He argued that Democrats would do well to take the time to listen to those concerns. He also argued that Trump should be listening to concerns from those who do not support him.

Unfortunately, in my opinion, that is our biggest problem. Neither side is actually listening to the concerns of the other. Instead, without even considering the merit of their concerns, we simply dismiss people we disagree with – and for good measure we call them names.

Of course there are fringe groups of racists and other deplorables who do not deserve the time of day. But they should not be used as an excuse to ignore everyone else we disagree with.

Several of the respondents for this column lamented the protests and the attitude of those who disagree with President Trump’s policies. They felt that those who actively oppose the president and his policies were being “un-American” or, at a minimum, “sore losers.”

Healthy, vigorous disagreements are essential to the vitality of our democracy. That requires an engaged citizenry.

However, for those disagreements to be productive, it requires that both sides honestly listen to the concerns of the other. It also requires both sides to work hard to find common ground whenever possible.

If we expect to protect the environment, fix our immigration problem and reform taxes, we need to craft policies that are supported by a clear majority of Americans. The good news is that national polls show that most people agree on solutions to the major issues facing our country.

In a recent column that appeared in the Telegram & Gazette, national columnist Dana Milbank acknowledged that there are consensus solutions for many of the problems we face. At the same time, he lamented the lack of bipartisanship in solving those problems. He blamed it on the Democratic and Republican parties.

But Milbank misses the point. The political parties do not drive the agenda in Washington — we do. The reason politicians in Washington do not talk to each other is because we do not want them to. We demand that they fight without compromise.

Related Mariano: What if Trump gets impeached?

Remember, in the end, our government is not about Trump or any other person – it is about us, all of us. Even if you think that Trump is a total disaster or that he should be impeached for obstruction of justice, our government will not work if we do not listen to each other.

As for me, while I still have difficulty understanding how anyone can support some of the policies that Trump has put forward, and while I find President Trump’s behavior to be disgraceful, I am willing to listen to the concerns of my friends and neighbors.

If I am really lucky, some of my friends and neighbors will also listen to me.

Perhaps, from time to time, as Professor Reich said, it will lead us to a “different place.”

19 thoughts on “Mariano: Area Trump supporters have their say”