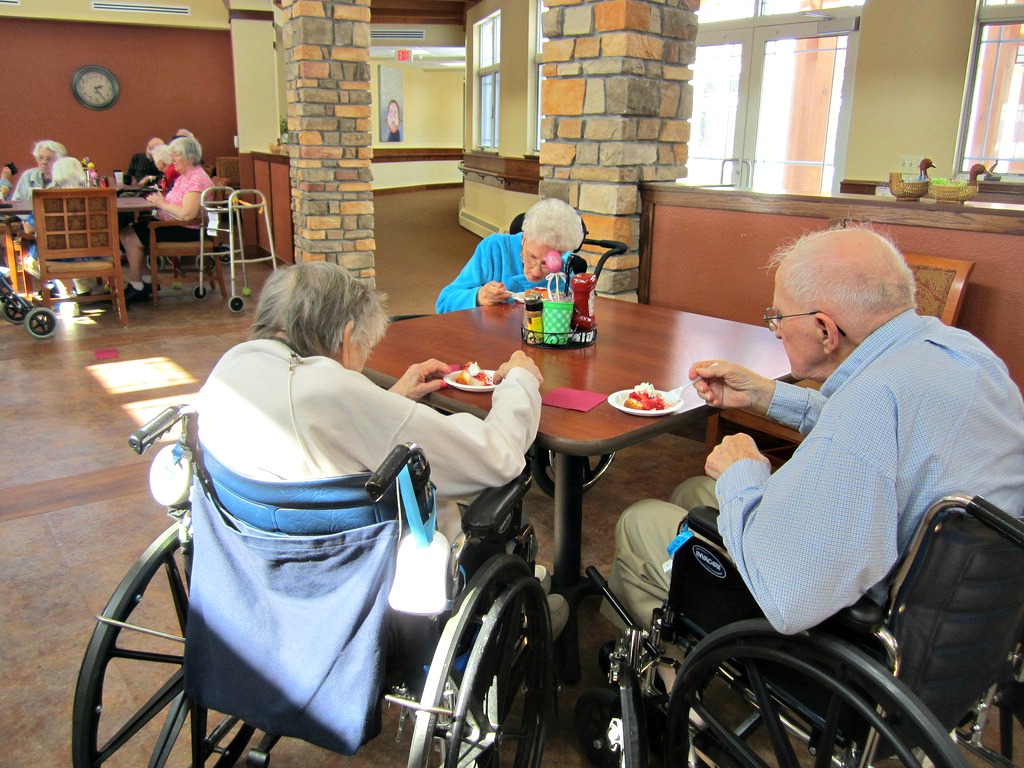 One out of every seven direct-care staff positions in Massachusetts nursing homes is vacant, the number of deficiency-free homes has dropped since 2013, and half of the facilities have less than four days of cash on hand, according to advocates seeking more state support for nursing homes.

“We are seeing an erosion of financial support for nursing facility care that is beginning to impact staffing as well as quality resident care,” said Tara Gregorio, president of the Massachusetts Senior Care Association.

Gregorio, whose organization represents 417 nursing homes that care for an average 40,000 residents on a given day, said strained finances have brought the industry to a “crisis point.” About two-thirds of nursing home residents have their care paid for by MassHealth, leaving nursing homes dependent on state funds, she said.

The gap between the cost of care and the MassHealth reimbursement rate is $37 per day, according to the association, which is backing bills (S 336/H 2072) that would bump up rates based on the size of a facility’s MassHealth population. The bills, sponsored by Sen. Harriette Chandler, D-Worcester, and Rep. Thomas Golden, D-Lowell, also fund leadership training and scholarship programs for nursing home staff.

The effort comes as the state is facing a $462 million revenue shortfall so far this fiscal year, and as Gov. Charlie Baker and lawmakers are seeking to rein in rising MassHealth costs — the largest spending area in the state budget — that crowd out other priorities.

“We sink and swim together, and the state hasn’t been able to make the investments needed to really ensure investments in staff as well as resident care programs,” Gregorio told State House News Service.

“It’s been a difficult fiscal recession for Massachusetts and so during that time we were either cut or level-funded, yet at the same time costs went up for nursing facilities, and we weren’t able to make investments in staff wages.”

The vacancy rate among registered nurses, licensed practical nurses and certified nursing assistants in the state’s nursing homes has more than doubled in the past seven years, rising from 6.4 percent in 2010 to 15.8 percent in 2016, according to a senior care association survey.

Gregorio said funding and staff levels affect the quality of care a facility can provide, pointing to Centers for Medicare and Medicaid Services data that show 32 percent of Massachusetts nursing homes scoring deficiency-free on annual inspections. That number has since fallen to 16 percent, she said.

“If they suddenly cease to have any payments from government, they have no more than four days of cash on hand. That’s an indication of a distressed system,” said Gregorio, who said an “optimal number” for cash on hand is anywhere from 60 to 90 days or more.

An outside section in the Senate’s fiscal 2018 budget, teed up for debate this week, calls for the Center of Health Information and Analysis to “examine the cost trends and financial performance” of nursing homes in the state, including revenues, costs, trends in payer mix, and operating margin.

Both Baker’s and the Senate’s budget fund the nursing facility Medicaid rates account at $345.1 million. The House spending plan raises it to $362.9 million, and an amendment filed by Sen. Thomas McGee, D-Lynn, would boost the Senate’s appropriation to match that number.