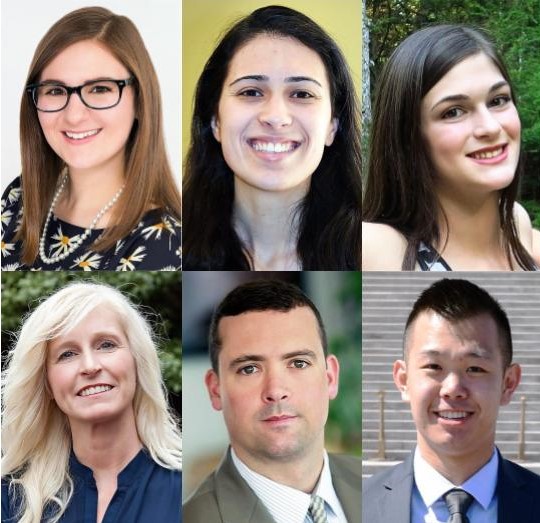 Since 2005, Holy Cross students have received 92 Fulbrights, placing the college consistently among the nation’s top producers of Fulbright scholars at the undergraduate level.

The Fulbright Program, sponsored by the U.S. State Department and established in 1946, is widely recognized as the most prestigious international exchange program in the world. The highly competitive grants are awarded on the basis of academic merit and professional promise.

Six students in Central Mass. are among the “29 Who Shine” in the commonwealth’s public higher education system.

Each Massachusetts community college, state university and UMass campus picks one student annually to receive the award, based on his or her outstanding civic contribution. Gov. Charlie Baker and Massachusetts higher education officials honored the students at a State House ceremony last Friday.

“The ‘29 Who Shine’ remind us that our public college and university graduates represent the future of the commonwealth,” said Carlos E. Santiago, the Massachusetts commissioner of higher education. “They are here to learn, here to stay, and it is incredibly inspiring to see how each honoree is contributing to our common good.”

Read the entire story and see the complete list on the Mass. Department of Higher Education website

The gift is a contribution towards the development of a Life Sciences/Biotech Learning Center at the school.

Holy Name and the Pham Lockwood family are committed to the construction of a state-of-the-art lab space that will provide faculty and students the best, most current technologies and equipment used in the fields of life sciences and biotechnology. The school is being guided through this effort by WPI, a school partner that has also worked with Holy Name on its wind turbine installation, the creation of a makerspace at the school, and a power storage research study scheduled to begin in the fall of 2017.

Said Naja Pham Lockwood: “My father, Joseph Tham D. Pham, was a refugee from Vietnam who fled to the United States with his family in 1975 after the Fall of Saigon. He was a high school principal in Vietnam who instilled the importance and value of education in all of his students and his children. … The Pham family is forever grateful for the kindness that so many people from Holy Name and the greater Worcester community showed them.”

“We thought this was a meaningful way to honor the memory of our beloved father and give back to future generations of students in Worcester, especially in the fields of science and technology,” she added. “We hope that this Life Sciences/Biotechnology Learning Center will provide the tools and inspiration for many students to create, innovate, and contribute to positive change in the world.”

This new learning space, to be called the Joseph Tham D. Pham Science Center, will include equipment such as autoclaves, centrifuges, a gel electrophoresis system, incubators, and thermocyclers. The total cost of this project, which will be supported by donations from partners, alumni, and friends of the school, will exceed $175,000.

Ferreer served the past 14 seasons at Assabet Valley. He guided the Aztecs to 12 tournament appearances, five league titles and two state vocational titles while earning MIAA Coach of the Year honors in 2015.

“I have been a huge fan of the academics offered at St. Peter-Marian and its storied athletic history,” Ferreer said. “I hope to bring stability and success to the SPM girls’ basketball program.”

Read the entire story on the St. Peter-Marian athletics website

There was a three-way tie for first place in the Senior Division Instrumental division: Pianists Sophie Chen of Shrewsbury High and Lazi Danga of the Bancroft School, a Worcester resident, shared top honors with cellist Kaede Ishidate of Wachusett Regional, who lives in Holden.

A Seeger Sing kicked off the festival on Friday at City Hall. A festival opening and senior awards ceremony followed at the Worcester Public Library. It coincided with the opening of an art exhibit at the library that runs through May 30.

Nine more events are scheduled throughout the month, culminating in the Sullivan Middle School Memorial Day Program on Friday, May 26.