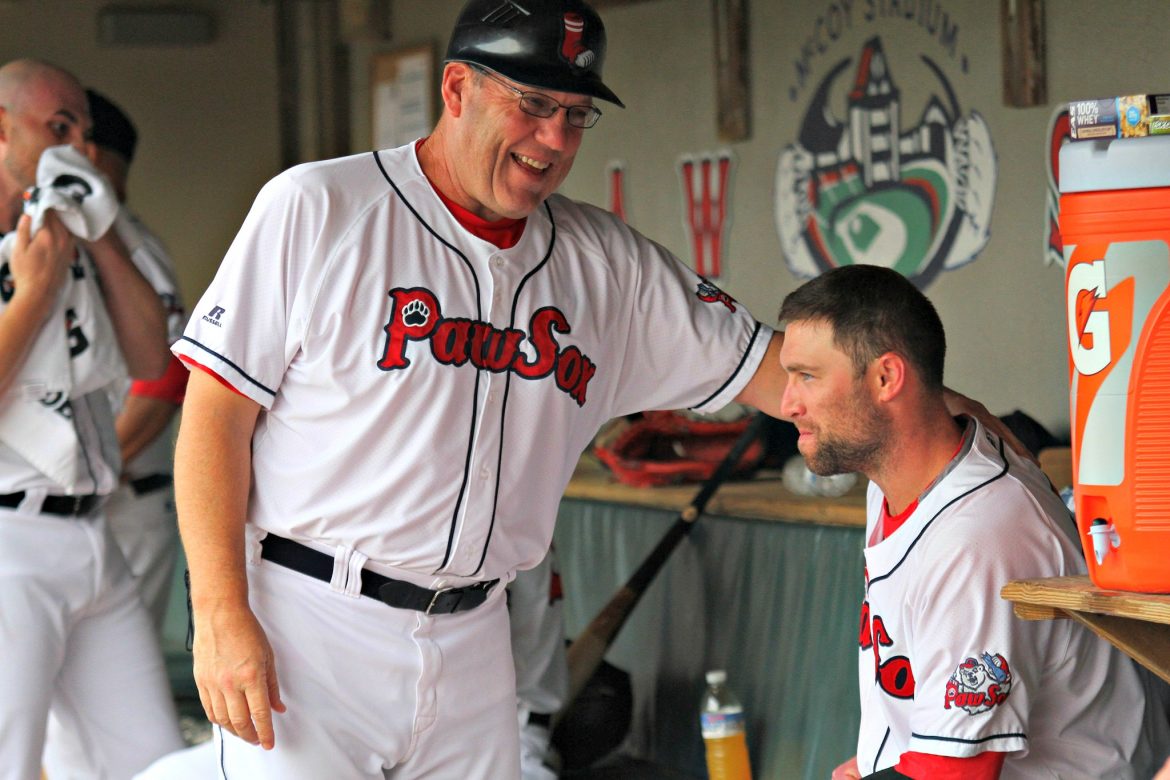 Rich Gedman’s hunger for baseball never left him, even after his playing days ended.

The Worcester native and former Major League catcher, who spent parts of 11 seasons with the Boston Red Sox, is now in his fourth season as hitting coach for the Pawtucket Red Sox, Boston’s Triple-A affiliate. He also works with the team’s catchers to prepare them for the majors.

Gedman, now 57, rejoined the Red Sox organization in 2011 as hitting coach of the Lowell Spinners’ Red Sox Short-Season affiliate after nearly a decade of coaching and managing in the Can-Am League with the North Shore Spirit and Worcester Tornadoes, both of which are now defunct.

For Gedman, the idea of coaching came from helping the teams of his sons, Mike and Matthew, when they were growing up. Now, that hobby is part of the reason why the Boston Red Sox, who are heavy on homegrown position player talent, are among the favorites to win their division and contend for a World Series title this season.

“It’s a steady presence,” PawSox manager Kevin Boles said of Gedman. “Yes, he’s been there as far as his major league playing career. He’s been in some great moments in Red Sox history, but you know what you’re going to get with Geddie every day of the week. He doesn’t waver.

“He has the consistency and also the adaptability to work with different personnel,” Boles added. “Each guy has their own unique program to fit their game, but there are adjustments made. He’s not one to panic or lose patience. He definitely cares about these players. He’s in their corner. He’s reliable. He’s a reliable staff member and we couldn’t do our job without him.”

Understanding the importance of depth and using every player to their maximum potential, Gedman said it is important for him to work closely with all of his team’s players.

“The one thing for them is they’re pretty talented players,” he said. “The one thing for me is I work with everyone like they’re the same because everyone has an opportunity. Everyone is [a Major League player’s] injury away from the big leagues. You’re just trying to get them in the right frame of mind and realize what makes them successful. It’s work. It’s watching the game, seeing what works in the game and it’s learning from the game.” 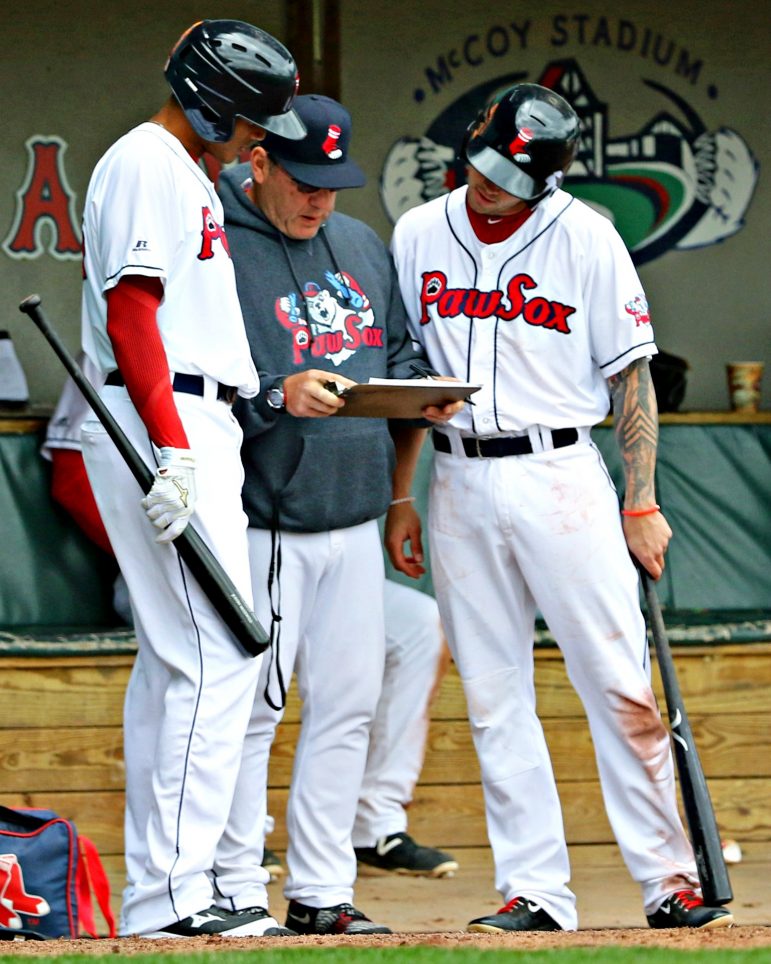 Being a Triple-A coach, Gedman works with a roster of players that constantly changes. There is the potential for promotions from Double-A and, more often, demotions from the big leagues. Although there are a handful of players who have been on the PawSox for a few years, Gedman said he enjoys the challenges his job brings him, regardless of who he is trying to help.

“The job is an exciting job — and it’s forever changing because of the movement up and down,” he said. “It’s really harder not to deal with the talent but with the disappointment. It’s a great place to play up there. It’s a fun place and it’s a fun place to coach. We’re just trying to get guys ready as best as possible.”

Looking at the Red Sox major league roster, their two current catchers, Sandy Leon and Christian Vazquez, both spent parts of a couple seasons with the PawSox working closely with Gedman to become more well-rounded ballplayers. Pawtucket’s veteran catchers, Blake Swihart, who was the big-league club’s primary catcher for much of 2015 and its Opening Day catcher in 2016, and Dan Butler, who had a pair of MLB stints for the Red Sox in 2014, said Gedman has played a major role in their development as ballplayers, and they enjoy working with him.

“Just the knowledge that Geddie brings all around: He can help hitters, he can help catchers and he can help pitchers,” Swihart said. “He caught for so long in the big leagues and he’s helpful for the whole team, not just one certain area. The way he goes about his business, the way he understands the game, he can help out anybody.”

“It’s because he’s a great individual, he’s easy to talk to,” Butler added. “Just the person that he is, he’s going to do anything he can to help you, whatever that may be. Just talking to him or a physical thing, he’s the kind of guy you want on your side.” 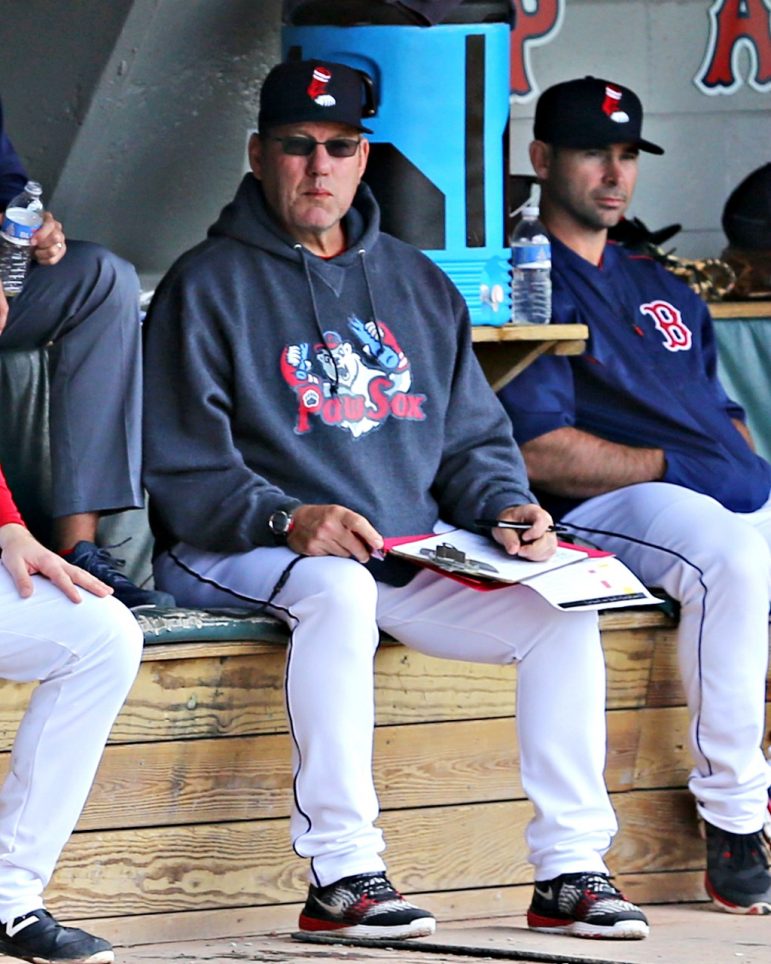 Rich Gedman has become a “steady” presence and important figure in the PawSox dugout.

Of course, Gedman lived out that same dream he is trying to help his players achieve. Unlike most of them, however, Gedman earned the opportunity for the team he rooted for while growing up in Worcester, where he was a star first baseman and pitcher at St. Peter-Marian.

“For some, it’s a Disney story when you sit there and you think a kid from Worcester, who lives 40 miles from Boston, gets a chance to play in the major leagues,” Gedman said. “And not only that, but to play for the Boston Red Sox for almost 10 years. It’s pretty special.

“Sometimes, you’ve got to pinch yourself and think that it’s probably not supposed to happen that way. As I get older, I’m more appreciative of the opportunities they’ve given me. When I was young, I didn’t appreciate it as much as I would looking back at it. It’s a great place to play, and I certainly enjoyed calling it home.”

During his playing days, Gedman, who spent 13 seasons in the big leagues, was a two-time all-star (1985, ’86) and played a major role in the Red Sox’ 1986 American League pennant win and World Series appearance — one of the team’s four losing World Series appearances (Boston also played in the Fall Classic in 1946, ’67 and ’75) during its 86-year championship drought that ended in 2004.

“It was kind of neat,” he said of playing in the 1986 World Series. “Everyone starts their season with the hopes that your team makes the [playoffs]. … It had been a long, long time since they had won. Having gone to the seventh game and having a chance to win, I know how special that would’ve been for New England. Fortunately, 18 years later, they win it, and I got to see it first-hand, which was pretty special.”

Earlier in that all-star season, Gedman is remembered as the batterymate for Red Sox ace Roger Clemens’ historic 20-strikeout performance against the Seattle Mariners — a regulation-game standard that has since been matched thrice: by Clemens again in 1996 against the Detroit Tigers; by Chicago Cubs rookie Kerry Wood in 1998; and the Washington Nationals’ Max Scherzer in 2016. 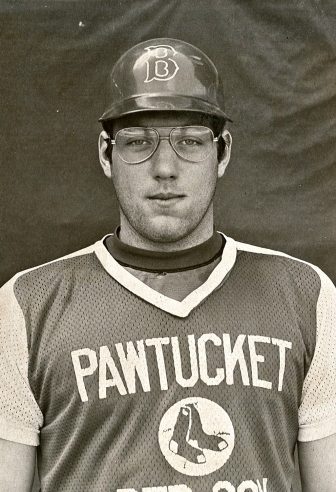 Rich Gedman, back in his Pawtucket playing days.

Gedman was essentially the successor to Carlton Fisk in Boston. He might not have been the first guy to earn the starting catcher’s job after the Hall of Famer infamously skipped town for Chicago following a contract dispute, but he ended up being the solution to give the Red Sox a steady backstop.

“He was a fan favorite and certainly a New England favorite,” Gedman said of Fisk, who grew up in Charlestown, New Hampshire. “Everybody loved him. There were people before me who had an opportunity, but they missed out. I didn’t replace him, I was the next guy because you can’t replace a guy like Carlton Fisk. It just happened to be that I was able to stick around, but I was never the player he was.”

While Gedman’s achievements stand out, much of his family is athletic.

His sons, Mike and Matt, both played professional baseball (and have become coaches) while his daughter, Marissa, plays pro hockey for the Boston Pride of the National Women’s Hockey League. Even so, Gedman said his wife, Sherry, is the more athletic parent. She was a standout softball and basketball player at St. Peter-Marian, where they met, and at the University of Connecticut.

With that deep background in sports, it’s not much of a surprise that Gedman’s second career yet again involves following his passion.

“I have [a] limited vocation,” Gedman said. “Baseball is something that’s clear to me. Other times, it’s cloudy. But mostly, it’s pretty clear,” he said. “But when we’re talking about hitting, that’s something I’m familiar with. I was around some good people in my time. Certainly the coaches and hitting coaches in this organization prepped me well for it. Certainly, life experiences did that too.

“Some people have vocations outside of baseball,” he added, “but I’m pretty fortunate to continue being around the game.”