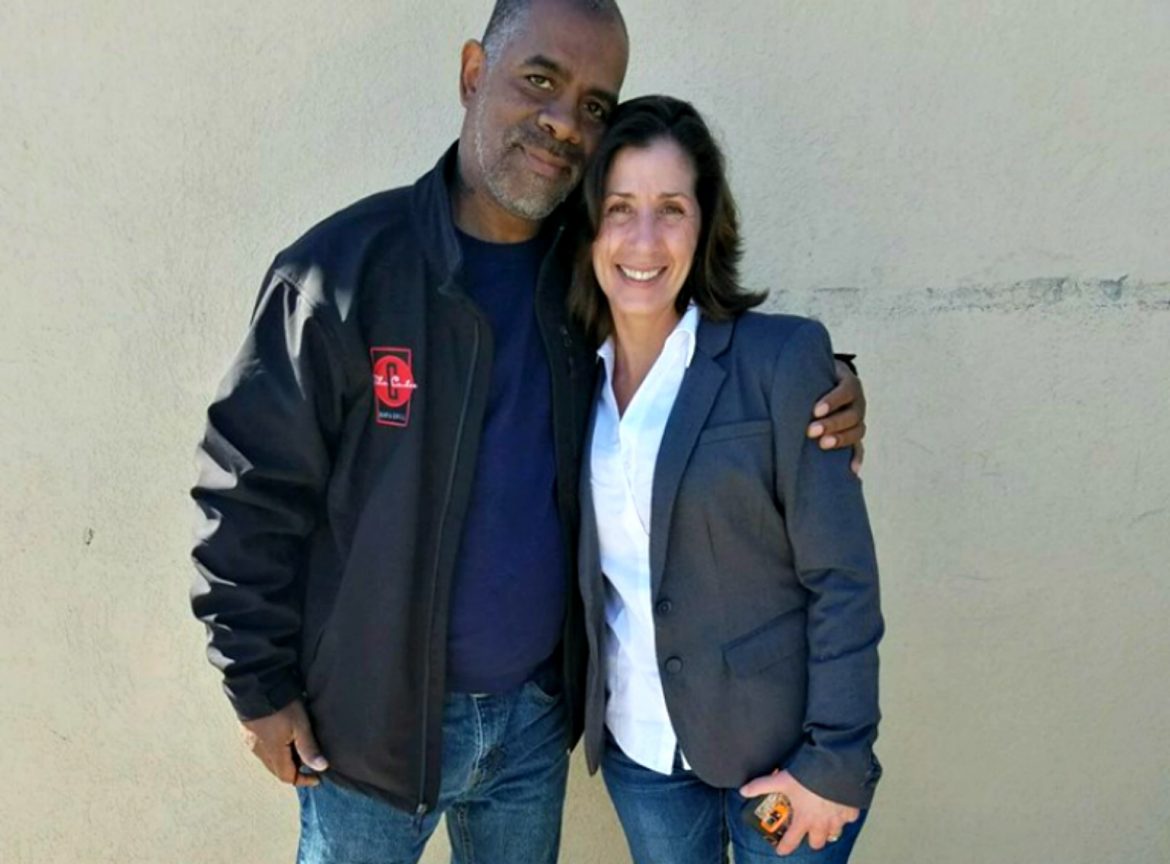 You can call it what you want — fate, kismet, destiny — but something allowed John Dotson to intervene in the life of an adolescent foster child at the Silver Ball arcade in downtown Worcester some 33 years ago.

Just don’t call it a coincidence.

“I don’t believe in coincidences. You can’t call it a coincidence when two people meet in life and, at least from my perspective, alters your path in life in such a positive way,” said Claudia Grenga, who was 13 years old when she ducked into the popular teen hangout to stay hidden from a Worcester Police cruiser.

“I call those God-incidences. God intervened and introduced me to John when I needed him most,” Grenga said in an interview earlier this month.

Two days earlier, Grenga had published an essay on Facebook — titled “Meet John Dotson: Father, professional, angel” — that told her story of life as a foster child in Worcester, nights spent on Oread Street in Main South, how she met Dotson, and how he treated her with such respect.

To understand how a chance encounter 33 years ago could leave such an indelible mark on Grenga and Dotson, one must understand their lives prior to when they met.

For Dotson, it was a matter of knowing exactly where Grenga was coming from.

Today the 53-year-old father of three still has a scar down the middle of his forehead from a beating he said he took from his foster father decades ago.

“I went through a lot. It was rough. It was hard. A lot of my foster homes were very abusive,” Dotson said.

When he was finally removed from that home in Charlton, Dotson moved between seven more foster homes — three in Worcester — until the age of 18, when he left foster care and spent the next three years frequently living on the streets of Worcester.

“I survived at the PIP [People in Peril] shelter, I ate at the Mustard Seed, and I slept in abandoned buildings. I even slept in elevators in Plumley Village,” Dotson said, describing how he managed to pull the elevator doors apart between floors so they would stop and he could sleep safely.

Dotson said he will likely never get over what he went through, but that he doesn’t let those years define him.

“That first part of my life wasn’t easy. I don’t look back at my past in foster care and think about anyone. I only think about me back then,” he said. “Somehow I managed to keep it all together through all of that.”

If it weren’t for Dotson being in the right place at the right time to help a wayward teenage girl, “keeping it all together” might not have been in Grenga’s future. But then, Dotson seems to have a knack — or whatever you want to call it — for showing up in pivotal moments.

In early February, Grenga — now 46 and living in Tennessee with her husband and two children — decided to reach out to Dotson, and found a Facebook profile that matched Dotson’s appearance, his likely age and location. In her essay, she wrote:

“After reading yet another heartbreaking news article about child trafficking I was reminded how swiftly tragedy can strike a person’s life. I was again flooded with memories of days gone by, and felt compelled to find this man and say “thank you” for the exceptional kindness he showed me at a perilous time in my life.”

After this first attempt to contact Dotson went unreturned, Grenga tried once more the next day — this time revealing what happened to her, describing the kindness Dotson showed her and sharing her need to say, “thank you.”

Still no word from Dotson.

At the time Grenga was spending each day and night taking care of her dying father, who had retired to Tennessee in 2005. On March 21, Judson E. Parkinson passed away and the family made arrangements to bring him back to Massachusetts for burial.

On the morning of March 22, Dotson finally replied to Grenga’s Facebook message:

“This is John Dotson. I’m the one who helped you, thank you for reaching out to me. …”

“It was John. Again. Showing up when I needed something good to happen. I was very sad. I was numb. And here he was again, picking me up,” Grenga said.

A few decades earlier, though, Grenga needed something more than a pick-me-up.

The youngest of 10 children, Grenga said she was having difficulty at home, her school grades were slipping, she was becoming perpetually disruptive and was “emotionally all over the map.” When her parents sought help, a psychiatrist at Charles River Hospital in Wellesley suggested foster care, she said. Her parents relented.

“I come from a loving family. We had 10 kids in the house. It was chaotic, as you can well imagine. My parents were very loving. They reached out to professionals for help and trusted that these people knew what they were doing and were doing the right thing for me,” Grenga said.

She spent a year bouncing in and out of three different foster homes in Worcester — from Quinsigamond Village to the Belmont Street and Union Hill area — between 1983 and 1984.

“I found any doorway or stairwell that was open that I could sleep in,” Grenga said of trying to avoid her foster homes as often as she could. “It was miserable. I was always exhausted.”

After about a year in the foster care system, Grenga returned to her parents’ home in Mendon — but not before her first serendipitous meeting with Dotson.

Grenga said she was a “paranoid, self-centered kid” and that’s why she decided to avoid the police — who had a “BOLO” [Be on the Lookout] out on her — on that fateful night and ducked into the bustling Silver Ball.

An employee at the arcade — a male in his teens as far as Grenga could remember — knew her story and understood that she needed a place to lay low. The employee brought her into the back room, fed her and let her hang out. It was in that room where she first met John Dotson.

“When I met Claudia, I was very young and I was living on the streets myself,” Dotson said in an interview last week. “Out of embarrassment, I didn’t tell her too much about myself. I didn’t tell her the fact that I was homeless [sic], that I was dyslexic, and that I had been in and out of foster care.

“I could see she hadn’t been eating often, and that she wasn’t doing well. She told me her story. So it just hit me that I should help her out. I told her I didn’t have much, but I could help her out. She ended up following me back [to the boarding house where he often stayed].”

In her essay, Grenga recalls:

“This is what I remember about that remarkable experience. I was offered a shower and clothes of John’s own to wear.  John informed his roommate what was going on and warned the roommate not to lay a hand on me.

“John put me to bed, his bed, without ever once laying a hand on me. John offered me the first glimpse of shelter, safety and security in an extremely frightening, topsy-turvy  time. In effect, John offered sanctuary to a terrified country kid, cold and alone on the fairly harsh streets of Worcester.”

“John just didn’t take me in and make sure I was safe. It wasn’t just about having a place to sleep. John allowed me to keep my integrity. I’ll be forever grateful for that,” Grenga said.

Dotson, who was about 20 years old at the time, recalls Grenga spent no more than a week in his room at the boarding house at 36 Cedar St. 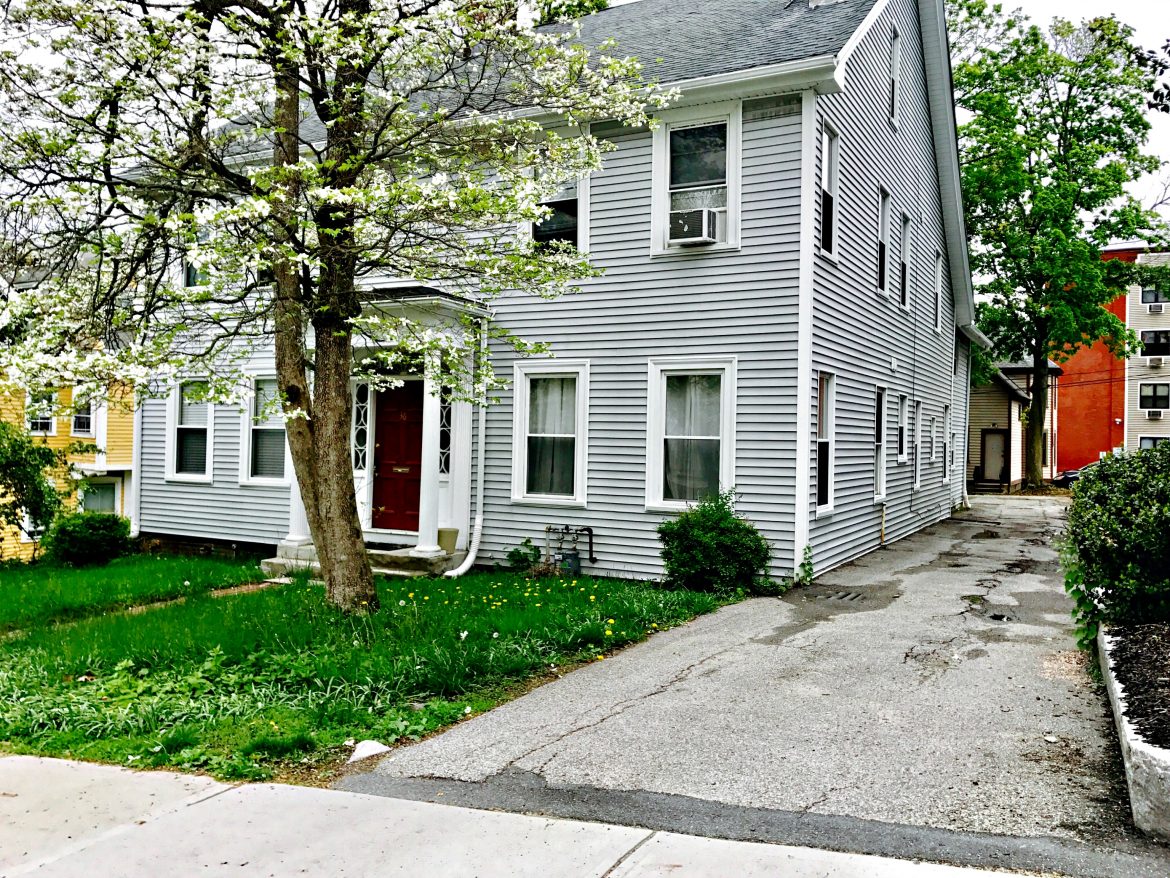 At the time, Dotson was working for Woods Limousine Service — a job he said he held for five or six years — cleaning, washing and restocking limousines when they returned from rentals.

Dotson, who now lives in Barre, has been an active Freemason for six years and spends much of his time doing volunteer and outreach work with other Freemasons for children’s charities and hospitals. He belongs to the United Brethren Masonic Lodge in Marlborough and the Worcester County Shrine Club.

“I don’t remember the employee’s name [at the Silver Ball]. I don’t even remember why I was downtown that day,” Dotson said. “What I remember is this young girl with a short haircut that needed some help.”

Her hair is longer now, and so is her story, but Grenga and Dotson didn’t connect so easily this time around.

According to Dotson, he had missed the first messages from Grenga because they went to his “message requests” folder on Facebook and not directly to him — since he and Grenga weren’t yet “Facebook friends.”

“When I woke up in the morning and saw that message, it was a great feeling. It really was. It was a bit overwhelming. I couldn’t ask for anything more,” Dotson said.

Grenga and Dotson made arrangements to meet — for the first time in 33 years — once Grenga’s father’s services and burial had been completed.

For more than two hours, they sat over coffee at a local Dunkin Donuts sharing the stories of their days as foster children, all about their own kids, and what became of their lives after that night at the Silver Ball.

“It truly is something, if you think about it. After all this time, we had so much in common and were able to finally connect. I likely wouldn’t have gone back to Massachusetts right now if my father hadn’t wanted to be buried there. It’s just something that makes me really think,” Grenga said.

“It’s amazing, really,” Dotson said. “It was great, but unfortunate timing because of her father that Claudia had to come up here. Being able to sit and speak with her about everything is very special.” 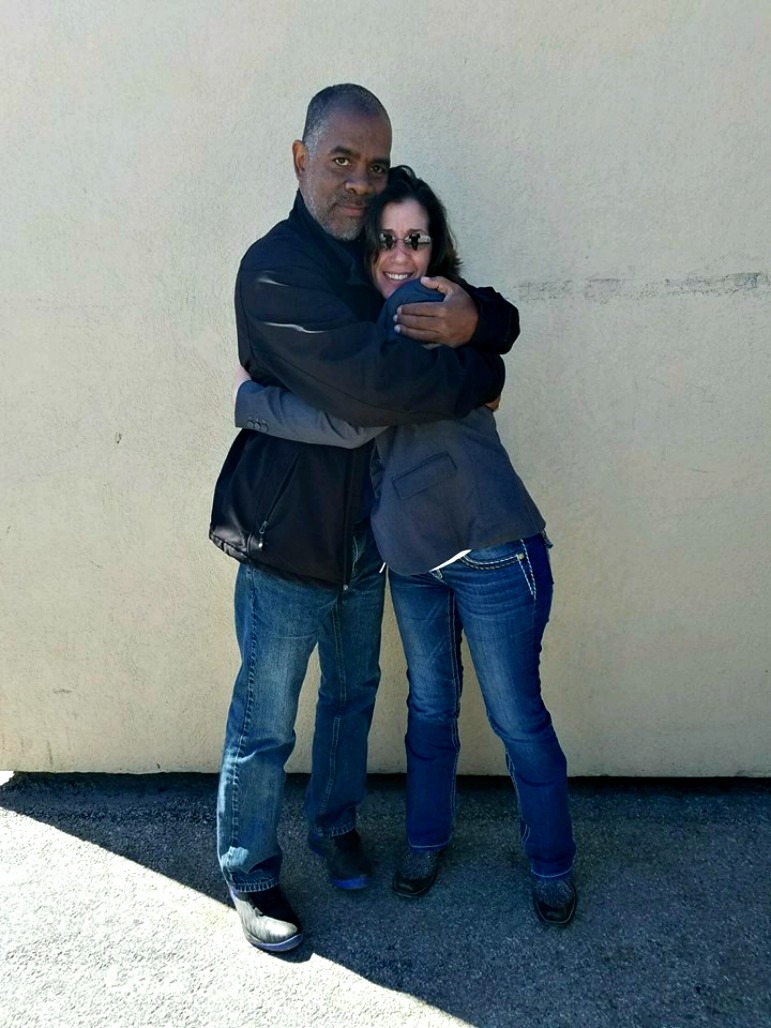 Now that they’ve finally connected after all of these years, Grenga and Dotson plan to remain in touch.

“I hope to have a lifelong friend in John,” Grenga said. “This whole experience with him has really been a blessing for me.”