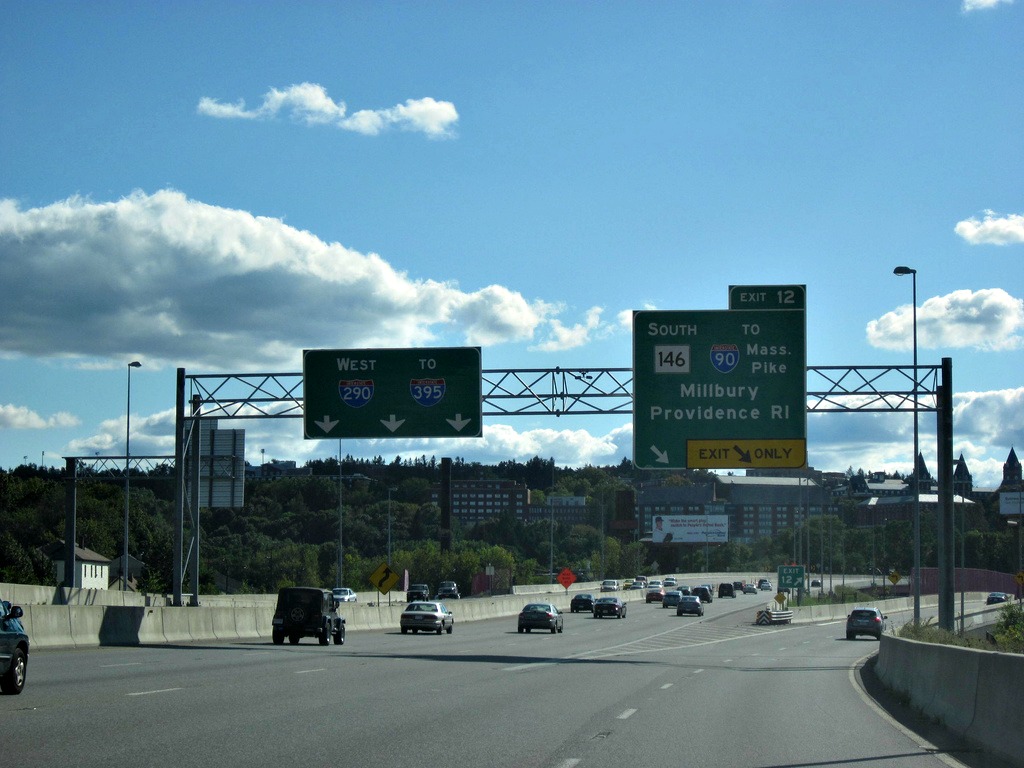 The interstates — built for speed on relatively uncongested land — bypassed downtowns throughout America. Many withered. Some died.

As a child, I wondered why construction zones existed along finished highways. Surely so imposing a structure in concrete, steel and macadam could not be moved by even the hyperborean blasts of New England!

Clearly the serpentine bulk of Interstate 290 that bisected Worcester had not always existed, but I assumed it had materialized in the 1950s, when post-World War II affluence and American confidence — less encumbered by environmental and human considerations than today — had given our nation a modern transportation network.

Its first mile, from Harrison Street to Belmont Street, opened on Sept. 30, 1960, just two days after Ted Williams’ last game for the Red Sox — in which he famously homered in the final at-bat of his Hall-of-Fame career.

That Friday evening, TV viewers could view the first episode of “The Flintstones,” set in a fanciful Stone Age where cars were made of stone and wood, powered by human feet, and had nothing so grand to run upon as the Dwight D. Eisenhower National System of Interstate and Defense Highways.

Last week’s Sina-cism: All we have to fear is … well, you know …

Not until the June 1970 opening of the Quinsigamond Bridge could motorists take I-290 to Marlborough. They might have gone farther. Plans called for I-290 to bend southeast through Northborough and Westborough centers to rejoin the Massachusetts Turnpike.

After all, if some roads were good, more were better.

As engineer and author Henry Petroski notes in “The Road Taken,” nearby Route 128, opened in 1951, was a national model “for much of the interstate system.” Once scorned as a road to nowhere, it soon catalyzed high-tech development in the then-uncongested towns and small cities west of Boston.

But locals in Northborough and Westborough wanted no more of I-290, and their opposition kept the roadway on a northeasterly heading. Today, it runs 20.16 miles from Auburn to the I-495 and Route 85 connector to Hudson and Marlborough.

To the south, I-395, built upon old Connecticut Route 52, was extended northward, plowing more deeply through Webster and Oxford farmland than oxen ever did, and connecting to I-290, creating a conduit for commuters and, years later, casino-goers.

Today, despite rush hours that reduce the expressway to a crawl, few doubt that Worcester without I-290 would be economically poorer.

But there were costs, nonetheless. The roadway divided neighborhoods, cut off streets, and claimed homes, churches and a synagogue. It has shaken Our Lady of Mount Carmel church for decades.

More from the Sun

Worcester’s interstate highway experience is typical of cities nationwide. On the one hand, the 46,000 miles of the Interstate Highway System brought unprecedented mobility, sharply reduced traffic fatalities, and created a roadside culture of fast food, cheap motels and affordable vacations.

But the interstates — built for speed on relatively uncongested land — bypassed downtowns throughout America. Many withered. Some died.

And some critics, including the iconoclastic Lewis Mumford (1895-1990), argued the interstates were bad for cities, as well. Mumford, who wrote widely on transportation, technology and urbanization, lived to see the system grow to maturity and start to suffer the aches and pains of age, including deadly bridge and roadway collapses.

The history of the interstates is told well in Earl Swift’s “The Big Roads,” which contains fun trivia about route numbers, mileage and the staid bureaucrats who made it all happen.

Formally, the final piece of the Interstate Highway System was put in place in 1992. But no such system can ever be finished. Engineering errors must be corrected, growth accommodated. Weather and the incessant pounding of big rigs take greater tolls than can be collected along any turnpike. Concrete crumbles. Rebar rusts. Time destroys the most imposing works of mankind.

Our generation, and generations to come, are left with the task of maintaining this legacy, a job neither easy nor free.

“Red ink and full-face type are employed … in a circular sent to members of the Legislature recently to impress upon them the desirability of passing the bill materially to increase the motor vehicle fees,” reads a report in “Highway Engineer and Contractor,” which offered this headline for Massachusetts lawmakers: “The State Cannot Have Improved Highways Without More Money.”

That was in June 1921, a generation before the first dirt was turned for the first interstate. A century later, we have far more roads, declining gas-tax revenues and ever more claims on the public purse.

Will technology devise better surfaces to bear traffic loads? Will Americans continue to return to urban centers? Will more of us give up our cars? Will mass transit have a renaissance?

Or will we wind up like the residents of Bedrock, pattering along the rough and crumbling byways of some future Worcester.