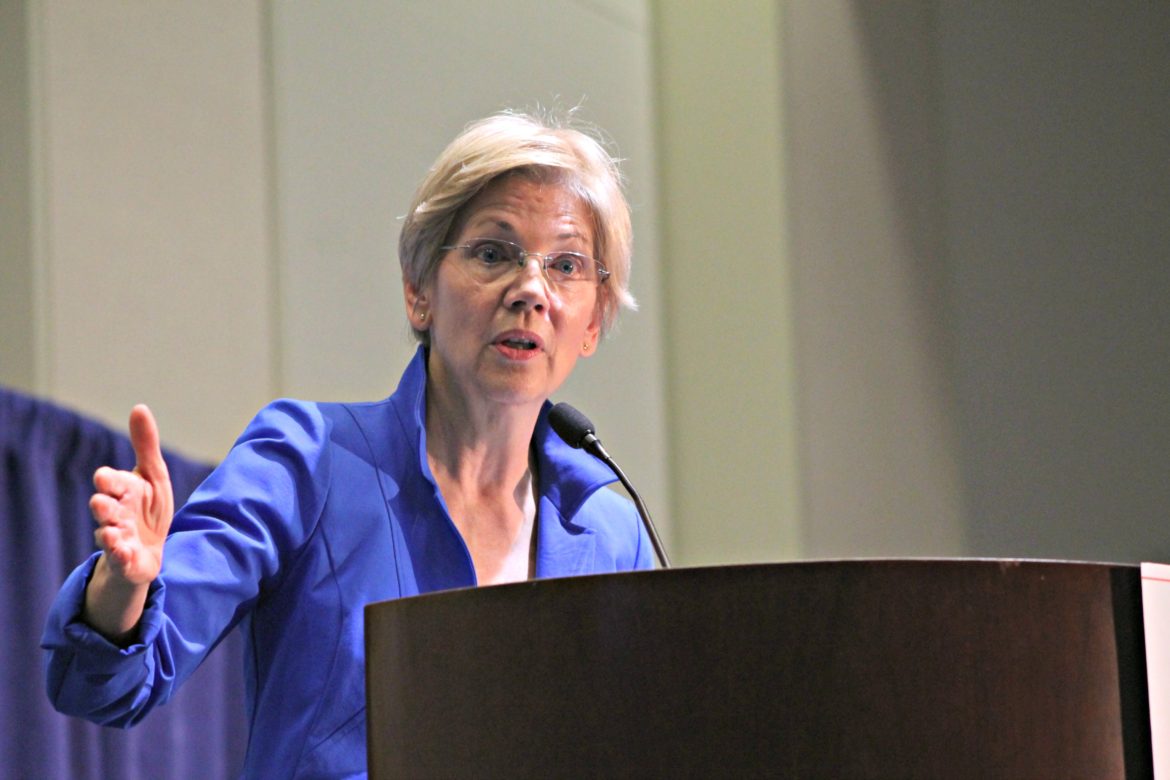 Warren has never seen a tax cut she liked. In her view, Reagan was notable only for busting unions and deregulating industries.

Sen. Elizabeth Warren’s latest book, “This Fight Is Our Fight,” is dedicated “To the people of Massachusetts, who sent me into this fight,” so I am confident that includes me. Otherwise, she would have omitted the comma, thus limiting the dedication to those voters who actually cast a ballot for her.

So I bought a copy and spent part of an otherwise gorgeous spring weekend imbibing the political wisdom of our senior senator.

Warren’s previous effort to build her presidential résumé, “A Fighting Chance,” came when she was new to politics. We got to learn about her Native American heritage (OK, just one passing mention) and up-from-poverty past.

This latest installment in résumé-building, subtitled “The Battle to Save America’s Middle Class,” is 270 pages of partisanship, perhaps to be expected from someone who never stops telling us how deeply she cares about every left-wing cause. But she undermines herself. Warren spends so much time demonizing Republicans that when we get to what passes for serious policy discussion, her credibility is shot.

More Sina-cism on Warren: A liberal dose of ‘no’

In Warren’s telling, the American middle class was secured by the New Deal, Social Security and unions. Everything thereafter is judged by how well it conforms to the sacred model set by Franklin Delano Roosevelt.

In Warren’s world, union jobs were the ticket to prosperity (see the “tidy little house that a good union job bought” on page 103), and the decline of unions imperils the middle class. But union membership has declined for decades, while home ownership rates have remained steady. Warren seems not to consider that the nature of work can change, and prosperity has many fathers.

On page 92 is a chart showing eight “significant financial crises” between 1789 and 1929, then smooth sailing until the Great Recession of 2008. Warren says nothing about the energy crisis and stagflation of the early 1970s. Nothing about the malaise of the Carter years. Nothing about the recession of 1981-82. The silence seems calculated to sharpen a contrast between FDR and his immediate successors, and the evil Republicans of today.

Warren argues, as many Democrats do, that tax cuts deprive the government of revenue needed for infrastructure investment. Such investment, she posits, would mean clean, abundant and renewable energy, so our nation “would no longer be dependent on a handful of oil giants in the Middle East.” But the United States now produces 75 percent of its own oil, with Canada supplying 38 percent of the rest. Saudi Arabia is the only Middle East nation among our top five suppliers.

Warren has never seen a tax cut she liked. In her view, Reagan was notable only for busting unions and deregulating industries, actions which led directly to the 2008 financial crisis — 20 years after he left office.

Then there’s Warren’s treatment of the August 1971 memo written for the U.S. Chamber of Commerce by Lewis Powell, who was soon to join the Supreme Court. Powell’s “Attack on American Free Enterprise System” was a response to what he saw as the rising threat of socialism and Communism being advocated by the media and academia.

In a recent Washington Monthly, Mark Schmitt notes that Powell’s memo was mostly ignored until rediscovered by the political left, who perceived it as something it never was — a blueprint for world domination by corporations. Warren develops this conspiracy theory into the opening salvo of a decades-long GOP plot to destroy the middle class.

And so it goes, page after page of outrage and exhortations to fight — to make college free, to increase the minimum wage, to jail Wall Street criminals, to resist Trump.

Is Warren right that greed, corruption and unfairness can be found in our society today? Sure, just as they can be found in any society. But her portrait of America as a Republican dystopia is a fantasy. Sadly, she is either unwilling or unable to acknowledge that people can hold different political views from hers while sharing the goals of justice, equality and equal opportunity.

Perhaps the extremism of her rhetoric is a blessing, for it leaves no doubt that Warren’s prescription for saving the middle class is dangerous and all too familiar — a road to serfdom paved with lofty rhetoric, ever-larger government and generous helpings of other people’s money.