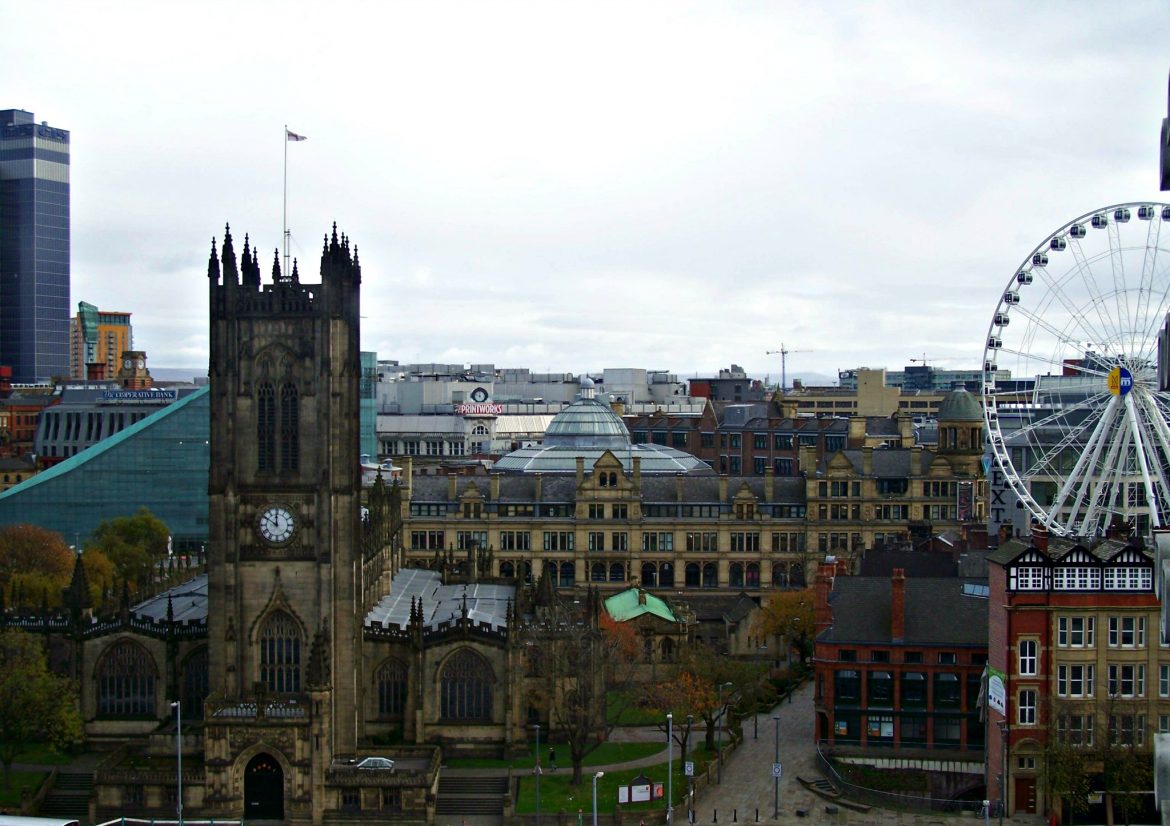 Manchester, England, is not so different from Worcester.

The Manchester attack resonates so deeply precisely because when we look into the life and history of that English city and its people, we see so much of ourselves.

England — and civilized peoples everywhere — again lament the deaths of innocents. Once more the flowers are piled high, terror alert levels are at maximum, and police raids are underway in search of terrorist accomplices.

In Manchester, England — where at least 22 children and adults were slain during last Monday night’s nail bomb suicide attack at a concert — grief, nervousness and anger abound. The rituals of London, including the changing of the guard at Buckingham Palace, have been disrupted with the deployment of British troops on the streets.

And from Whitehall to Washington, the all-too-familiar debates are renewed — debates over immigration, refugees, assimilation, and the violence that seems increasingly to characterize the encounters between “Western” and “radical Islamic” cultures.

No debate will breathe life into the departed. Those who perished in Manchester — children, young adults, parents — have been added to the ever-lengthening lists of terrorism’s victims. For their families, friends and communities, life has been altered beyond recognition. Perhaps beyond endurance.

For now there is only consolation. In the days, weeks and months ahead there will be some measure of healing. For some, time may even bring forgiveness. Or not.

Whatever our religious traditions may be — including those who claim to live by moral codes unmoored to any sense of the transcendent — none of us can know for certain what our hearts and minds would hold until the victim is our child, our sibling, our parent, our friend.

The Manchester attack resonates so deeply precisely because when we look into the life and history of that English city and its people, we see so much of ourselves.

Manchester was the world’s first thoroughly industrialized city, one whose textile mills, canals, and blue-collar labor force epitomized the Industrial Revolution in England. Worcester’s place in the industrial history of the United States followed that pattern.

Recent history is analogous, too. While retaining pieces of their industrial heritage, both cities have remade themselves in a post-industrial age, with a service economy, arts, culture and tourism. And both are places that have welcomed many immigrants and accepted many refugees, trusting that the ancient human practice of welcoming strangers into one’s midst still outweighs the xenophobia and fear that would torment and divide us.

Even in small, unsurprising and now poignant ways, we are alike. The people, mostly fresh-faced young girls, who flocked to hear Ariana Grande at Worcester’s DCU Center on a March evening two years ago differ only in accent from those in Manchester last Monday evening.

Beyond the loss of life, which is the greater tragedy? That we who live in free and open societies feel so powerless at times to stop these slaughters of innocents, or that we have become so inured to them that we have lost our capacity to weep?

In the wake of terrorist incidents like Manchester, I think of Dylan Thomas’ poem “A Refusal to Mourn the Death, by Fire, of a Child in London,” written about the victims of the firebombing of the English capital in World War II.

Robed in the long friends,

The grains beyond age, the dark veins of her mother,

Secret by the unmourning water

Of the riding Thames.

After the first death, there is no other.”

Whatever meaning the poet intended, I draw comfort from his words, which remind us of the ceaseless march of nature and time. We all mourn in our own way. Turn to religion if you will, but if God did not cause these horrors, neither has God put an end to them.

No set of religious beliefs can bind up all the wounds of Manchester. No self-help manual, no amount of talk therapy, and certainly no amount of appeasement, will ever resolve the deep civilizational conflict between those who believe in freedom and those devoted to a causeless nihilism.

Even as the people of Manchester console each other, and the global community seeks to provide solace, I believe that most people of most nations are good. Many, motivated by true religious principles — yes, including true Islamic principles — spread peace and prosperity. They feed the poor. They cure disease. They shelter the homeless. They welcome those cast out of their native lands.

But a critical piece of that work remains unfinished: Educating the young of every nation that toleration and independent thought must prevail over a mindless adherence to the dictates of those acting in the name of God.

If we fail to get that part right, we will lose Manchester, Worcester, and all.