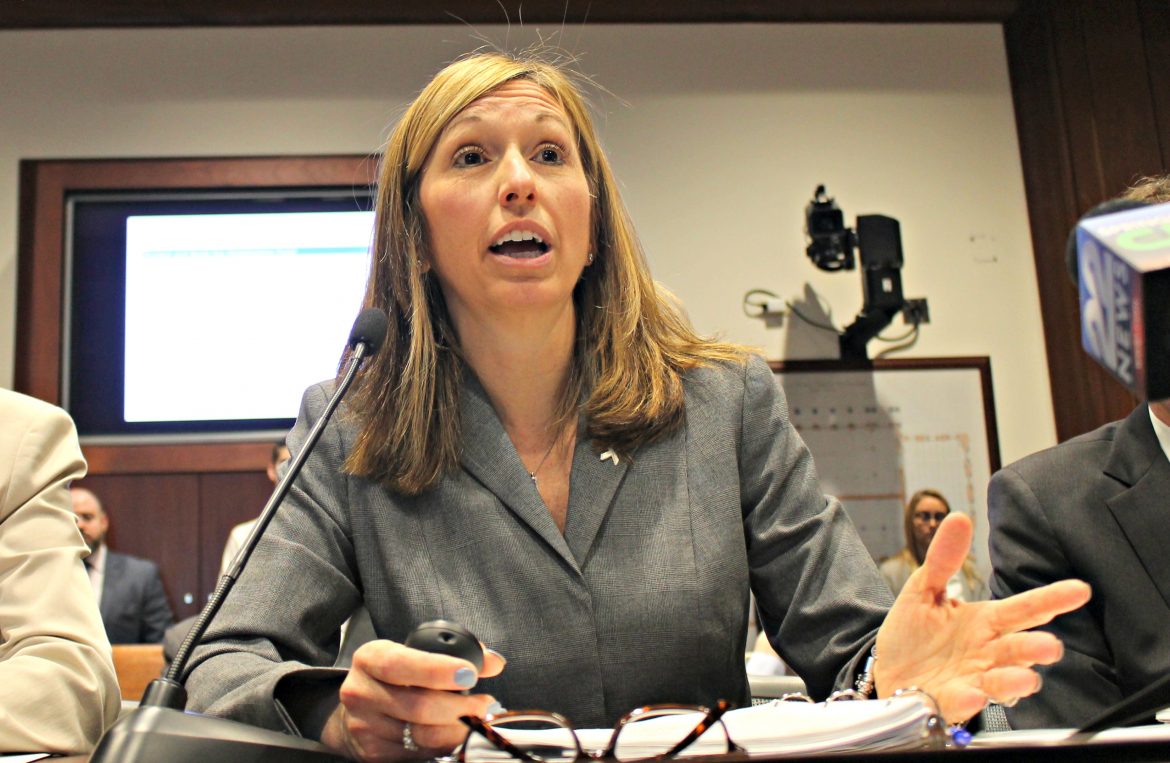 The Baker administration has been tight-lipped about the scope of the state’s immediate budget problems, but the potential depth of the revenue struggle that’s unfolded over the first 10 months of the fiscal year is laid bare in new financial disclosure statements.

After marking down expected state tax collections last October by $175 million, the governor’s budget staff now expects tax collections for fiscal 2017, which ends June 30, to fall between $375 million and $575 million below their revised projection, according to the statements signed by Administration and Finance Secretary Kristen Lepore and state Treasurer Deborah Goldberg.

The statements do not specify how Gov. Charlie Baker’s team is dealing with the revenue problem, saying only that it “expects to implement measures, including reducing allotments, maintaining payroll caps and other hiring limitations and otherwise imposing spending controls” to balance the budget.

Baker has ruled out taking money out of the state savings account to plug the budget hole, and the impact of new spending cuts is limited since there’s only about a month remaining in a fiscal year that has already featured efforts to trim the state workforce and nearly $100 million in emergency spending cuts.

Tax collections through April were up just 1.1 percent. Receipts 10 months into the fiscal year are running $462 million below estimates, about midway between the latest estimates of diminished revenue levels. State officials are also seeing less revenue from large tax settlements. Revenue officials in early June will release data detailing tax collections in May.

The disclosure documents also affirm the suggestion by legislative leaders and Baker that the fiscal 2018 budget, the subject of most of the focus on Beacon Hill so far this year, will need to be substantially reworked. Bills passed by the House in late April and Senate last week will need to be overhauled by a six-member conference committee to reflect a reduction in estimated available revenues. The conference members could be named this week.

“Any adjustments to the projected fiscal 2018 tax revenue estimate on which the fiscal 2018 budget is based are expected to be resolved by the Legislature and the Governor during this process. The Executive Office for Administration and Finance and the Department of Revenue will be evaluating fiscal 2018 tax revenue estimates in light of the below-benchmark revenue performance in fiscal 2017, and anticipate that tax revenue projections for fiscal 2018 will be reduced by an amount yet to be determined,” according to the May 19 disclosure, which arrived days before the Senate passed a fiscal 2018 budget bill based on revenue numbers that few on Beacon Hill believe will hold up.

The state’s revenue woes have caught the attention of credit analysts.

In March, Moody’s and Fitch assigned stable outlooks to Massachusetts bonds. And S&P Global Ratings assigned a AA+ rating to the bonds but also attached a negative outlook. The outlook, analysts wrote, “reflects our view that despite a period of economic expansion and generally positive revenue trends, Massachusetts continues to face midyear downward revenue revisions and spending pressures that have resulted in small budgetary gaps and reduced fund balances, even if the budget stabilization reserves have remained fairly stable.”

Baker and his team have not offered specifics of how they are managing the budget, with Baker saying he’s “nipping and tucking” and “working the edges.”

A Baker budget spokeswoman declined to provide any information about budget management decisions made in response to anemic revenue growth this year. Baker said his recent meeting with Democratic legislative leaders focused on the fiscal 2017 and 2018 budgets, but offered no further insights.

The disclosure documents also detail other aspects of the state’s fiscal picture.

Significantly, $333 million in supplemental payments to hospitals, out of $736 million, “are now expected to be delayed until fiscal 2018 due to anticipated lags in approval by the federal Centers for Medicare and Medicaid Services (CMS) of the associated federal revenue.”

A significant source of aid to cities and towns — the Massachusetts Lottery — is projected to again end the fiscal year with a record high annual profit despite a dip in sales this year, the documents show. 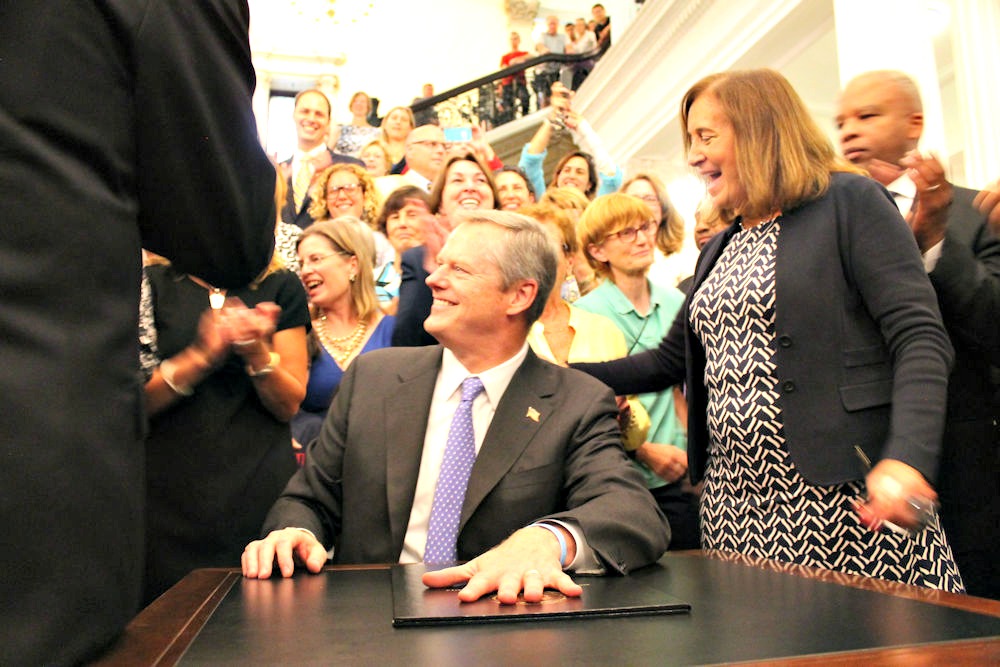 Through 10 months of fiscal 2017, Lottery sales are down $112.5 million or 2.6 percent compared to the same fiscal 2016 period, but the disclosure projects that the Lottery will end the year with $989.7 million in profit — just a hair above last year’s record-setting $989.4 million reported in fiscal 2016.

The Legislature relies on the Lottery to generate annual profits, which are returned to municipalities as unrestricted local aid, and though the last two years have set records for Lottery profits, Goldberg has cautioned lawmakers that the string of records will not continue unless the Lottery adapts to compete with the state’s developing casino gaming industry and online daily fantasy sports contests.

The state’s nascent gaming industry, which for now consists of a single slots parlor, is projected to post no real growth in its second full fiscal year. After taking in $160.9 million in gross gaming revenue in fiscal 2016, Plainridge Park Casino is projected in fiscal 2017 to tally $160 million in revenue, meaning the state will collect just less than the $64.4 million it counted last year in gaming-related revenue.

Once the two resort casinos under development are open to gamblers, diners and shoppers, Massachusetts can expect to pull in about $300 million in annual gaming revenue, the chairman of the Massachusetts Gaming Commission has said.

On the spending side, Baker has been trying to manage deficiencies in revenue available to cover rising MassHealth enrollment and related costs, unfunded costs at county sheriffs’ offices, the impacts of collective bargaining agreements, and correction and mental health costs.

Budget difficulties have persisted throughout Baker’s term. While the governor has made progress reducing the use of one-time revenues to support spending, tax collections have consistently fallen short of the estimates state officials wrote into their spending plans after hearing from local economists.

While revenue performance problems date back to the Obama administration, House Ways and Means Committee Chairman Rep. Brian Dempsey said he believes sagging receipts also stem from a more recent trend — people waiting to make business decisions based on the assumption that Congress will pass a major tax reform bill, which is a legislative priority for President Donald Trump.

Income taxes 10 months into fiscal 2017 are $335 million below benchmark, mostly in connection with returns, bills and quarterly payments, a problem that Dempsey said is evident in more than 27 states. April collections in those states are 6.5 percent below April 2016, he said, because certain taxpayers are deferring income, accelerating pension contributions, and taking first quarter losses because it’s advantageous for them to do so for tax purposes. 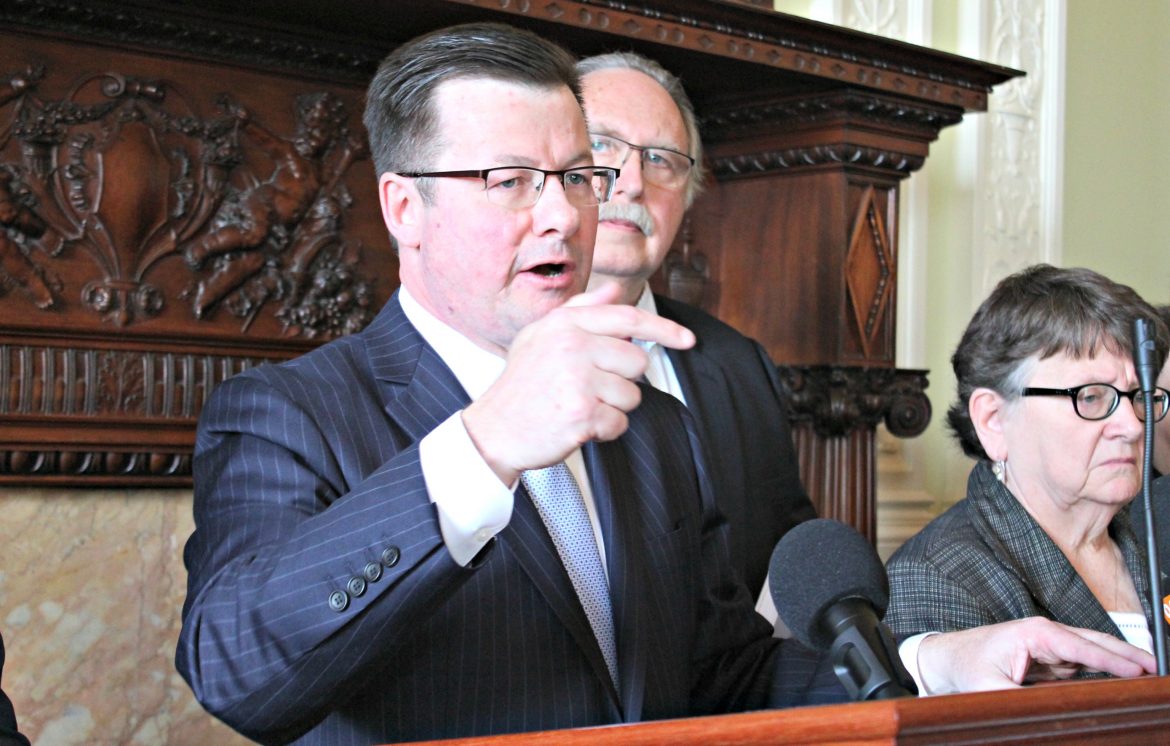 “That indicates that the hope that there is going to be a significant tax package coming out of Washington has resulted in a bit of a holding pattern with respect to high income earners, corporations, businesses and the like,” he said.

While Trump and Congress are considering a major overhaul of federal tax laws, reform legislation has yet to gain traction.

“When you look at what is happening, and it’s very concerning, it is happening nationally and it is happening, we believe, because there is a wait-and-see approach with respect to what may happen with regards to a tax package out of Washington,” Dempsey said.

Sales taxes are running $39 million below projections this fiscal year, primarily in connection with motor vehicle sales. Dempsey said there has been an escalation in delinquent auto loans and that has made it much more difficult to obtain an auto loan today than it was last year. He said there was “much more caution” by financial institutions, which he said may be countering some of the positive impacts associated with low unemployment.

And the state’s relatively low jobless numbers, Dempsey said, are also colored by the fact that many people are working part-time and therefore are not spinning off the same amount of taxes that full-time workers do.

The state’s revenue problems could worsen substantially if Republicans in Washington are successful in passing legislation repealing the Affordable Care Act and replacing it with a new federal healthcare law. A reform bill approved by the U.S. House, Baker wrote in a recent letter, would cause thousands of people to lose their health insurance and state government would lose $1 billion in federal revenue supports beginning in 2020.

To boost state revenues, the Legislature voted, 135-57, in May 2016 to advance a constitutional amendment adding a 4 percent surtax on household income above $1 million.

Lawmakers this session are expected to advance the amendment to the 2018 ballot. Opponents of the measure say it could discourage high earners from living in Massachusetts and lead to a graduated income tax structure in which over time more people will be grouped in different tax brackets and taxed at different rates. Supporters say the surtax could generate $1.6 billion to $2.2 billion annually to invest in education and transportation.

In its disclosure documents, state officials said it’s not possible to predict with certainty what will happen with federal healthcare reform, but caution that “significant changes” could occur this year and beyond including changes affecting a Medicaid deal that Baker negotiated with the Obama administration.