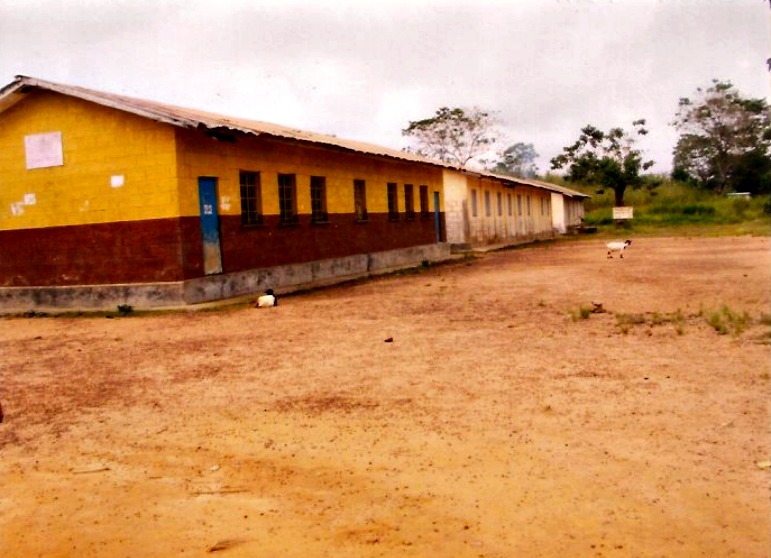 I removed the omole to the back, behind the outdoor toilet, and put some raw grass on top. One of the policemen during his search came to the toilet area not long after I’d finished hiding the [illicitly made] liquor.

The family was happy with the “omole” sales. From our illegal brewing, Grannie had earned enough money to start buying building materials for a new home.

She had made the plan, and it was elaborate. She wanted a big house with rooms for each child. I was not counted. She claimed I was the owner of the house. Her intention was to keep me in her room as I grew up. And it was so. I slept on the same bed as my grandmother day in and day out.

I was sometimes ashamed when we discussed matters of home in our writing and composition classes, such as where we slept. I never told the truth, but I scored high marks. I started realizing that writing out of the ordinary and fashioning tall tales can boost one’s writing skills.

There was a big problem with our trade. Police had come to raid our hidden operation when we had just finished our brewing in the bush. No raid saw us that night. It was hot, and I was ready to play with my friends as the moon rose and we trekked back to Motema. My heart was not in brewing, but centered on my school and play that night.

I had a long way home, but something dangerous awaited us.

Augustine’s last chapter: Illicit April Brewing Rains on My Parade  Or scroll down to catch up from earlier in the remarkable tale

My grandmother saw me as a potential strong man while others, especially my uncles, believed I was the laziest boy ever. 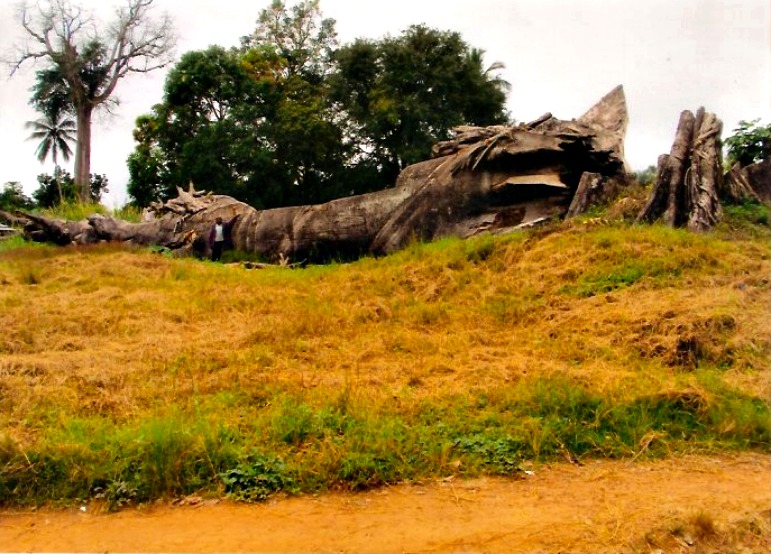 A large cotton tree was felled on the Kanjia family land in Motema.

We arrived in our village about 9:30 or 10 p.m.. Many were in their homes resting. You could see children running around as the moon shone above. I was lazy, my uncles thought, so I was left behind. The strong ones carried heavy containers full of liquor. Some time later, there was a police whistle blown. It was against us.

My uncles were rounded up. I sneaked to a nearby house and went the other way. I walked in the heart of the town, on Kanjia Street. I entered our outside toilet under the big cotton tree. I was lucky nobody was around. I stayed in the dirty toilet waiting for anyone who may come by. The smell was unbearable because it was a pit toilet. We had just cemented the interior of the toilet, but geckos and flies were abundant.

I went out quickly, but by then it was too dark. No one came. I removed the omole to the back, behind the outdoor toilet, and put some raw grass on top. One of the policemen during his search came to the toilet area not long after I’d finished hiding the liquor.

He stood right on top of the container and relieved himself. He did not notice because it was dark.

When he left, I rushed to remove the container and place it in our outside kitchen. I was sweating profusely, but I wanted to be the most successful among our family. The police demanded money — a bribe — or else they would take my three uncles and grandmother to the police station and to be tried. Grannie had to give her money, but they demanded more. Grannie got angry, and argued for them to return her money and take the omole instead — or bring her to jail. They did not want the liquor or prisoners. They quickly gave in, took the money she’d already given them and left.

We had no license still. And less money. But we still had the liquor I’d hidden. 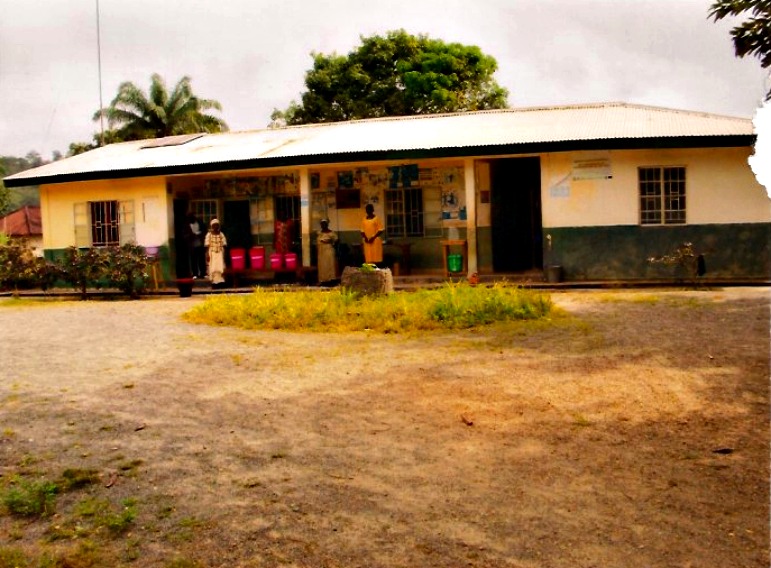 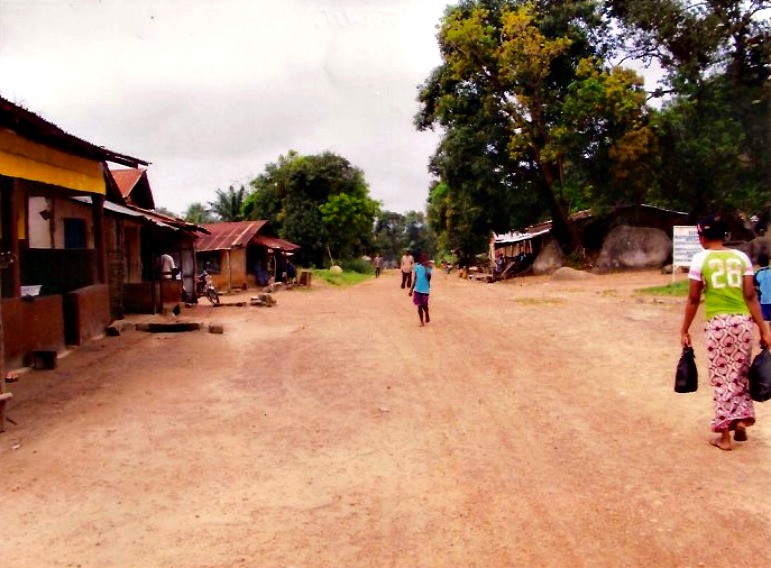 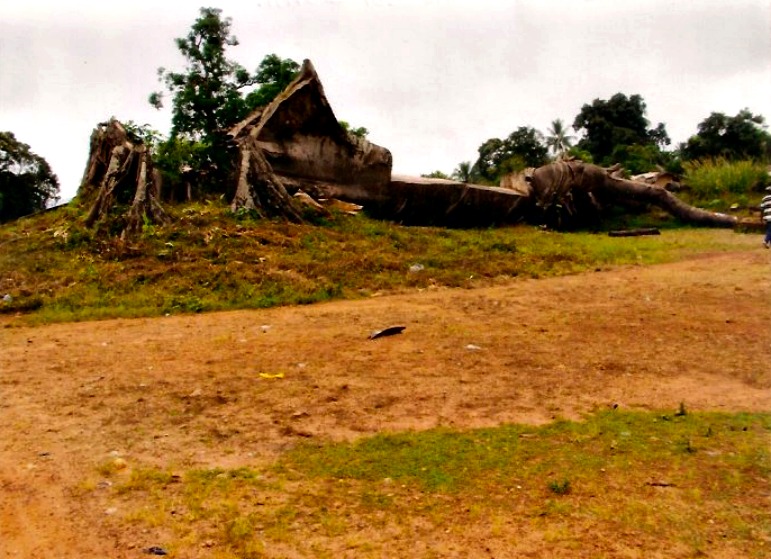 Kanjia Moiwa land (side view) and the big cotton tree that was cut down. 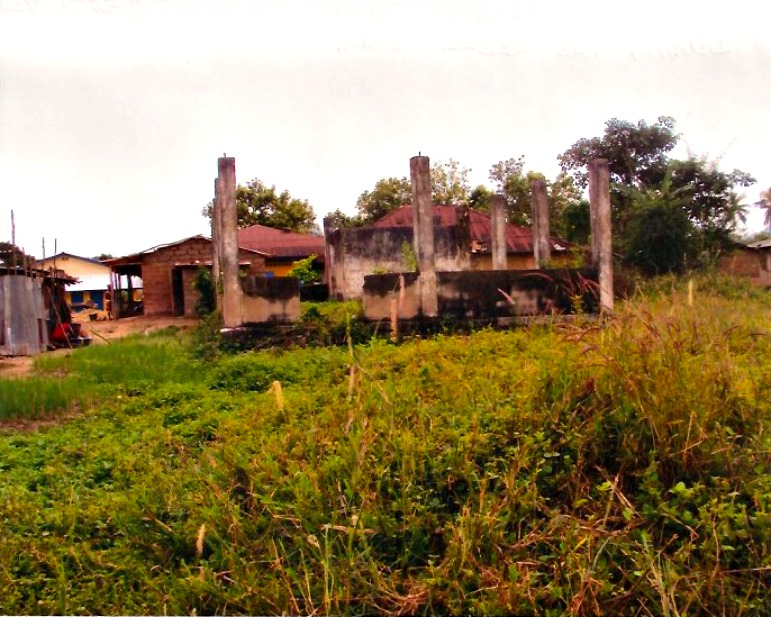 The old Motema town market that was destroyed during the rebel war. 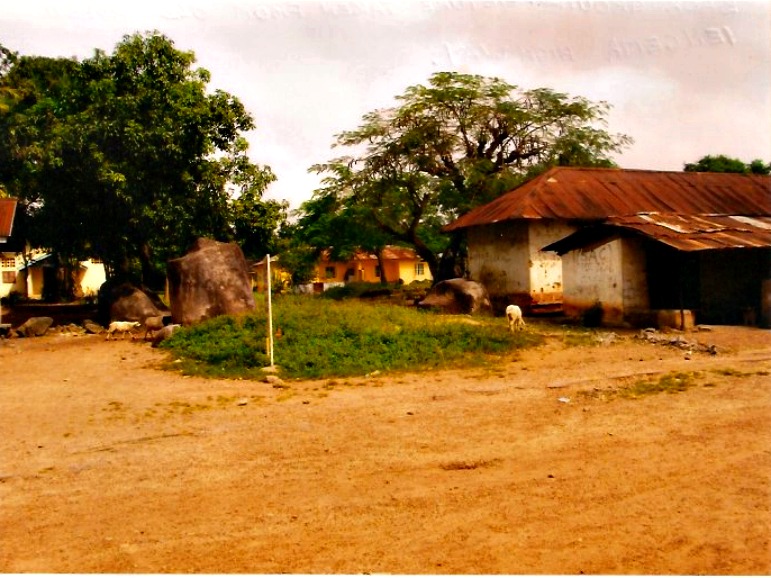 I became the talk of the day and the town. My friends had heard the story at school. Some added their own twists to the tale, that I had left school for “Omolay.” Others said I was apprehended with a large consignment of illegal gin. There were those who praised me, but some were malicious. I got provoked at school. Many pointed their fingers at me, but that was the least of my worries.

I was bent on helping my grandmother — she was my only concern.

It was 1971, and the first tar road from Freetown, the capital city of Sierra Leone, to the Kono district was under construction. Children admired the site, but we otherwise wasted our precious time either chasing rodents or picking palm kernel nuts.

Parents were forced to search for their truant children when school was on. I was very slippery, but I was not the ringleader. We had a team, comprising the tough boys of our Grade 5 class: Tamba Dissa, Emmanuel Gbandeh (he was Sahr Gbandeh then), Sahr Allieu (who later became Gabriel Allieu), Tamba Ngaojia, Samuel James, and the most out-of-order young man called Abu Gbokolo were in our group.

Tamba Ngaojia was quite a big boy, older than all of us. I feared our class was empty. We went for soccer and rodents. I had the ball and everyone respected me. We were all very active and we were learning everything at that stage — school or not.

These were the core of the class. I had not fought with any of them, but we were all the same age group. I felt some of them were quite stronger than me. It was Tamba Dissa whose brother thought he could beat me. Tamba Dissa was another sorrowful young man. He knew mathematics quite well but became the laughingstock of the class since he was weak in the other subjects. At one point, he took only his mathematics exam and ran away from school. He scored 100 percent, but did nothing after that except run away from school.

While we were on the run, the school sent some strong older boys to capture and bring us to school at all costs. The fun part soon came about.

The search for us made us appear like real fighters. But we were only kids; I was 7 years old. Five of our boys were caught and taken to the school. Sahr Allieu (Gabriel) and I escaped easily. In fact, we continued searching for palm nuts and rodents to be roasted later.

It was late in the evening already, and our friends were expecting us to go to our soccer competition. I oversaw the balls, so my absence was meaningful. My own friends came around on a friendly search, but they could not see us. We arrived home dirty and hungry.

My school day had been wasted and my grandmother did not like it. She blamed it on the bigger boys among us. She decided to report to the school to cast blame on the bigger boys who had dissuaded the smaller boys from attending classes.

Early the next morning, my grandmother was in school. She oversaw the discussion with the headmaster. She levied the blame on other boys to exonerate me, and indeed she succeeded. The headmaster was quick to join her as they heaped praise on me. They decided to encourage me because, the head teacher said, I was a promising student. My friends were well-punished for our actions, and I laughed at them in secret. I did not dare say anything aloud; the boys and other teachers were furious that I was left out of discipline, and I was now a target.

Indeed, as my uncles and grandmother had taken to calling me, I was a magician. 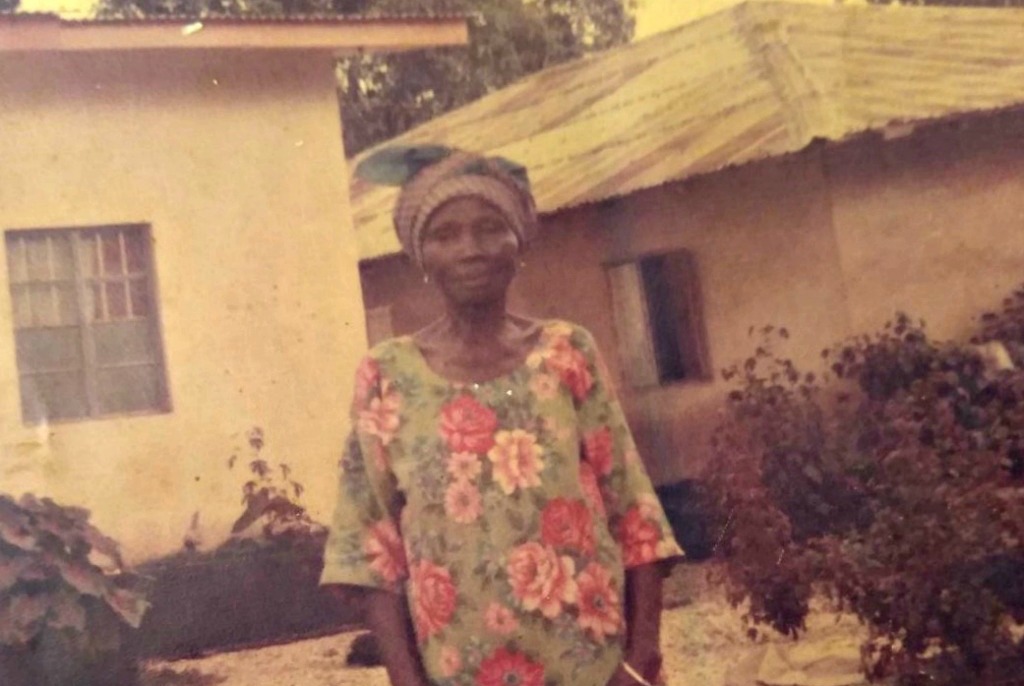 My grandmother returned home without me. She had fought for me during many problems that I created. People scolded me for supposedly beating their child after school, and they would report me to her. After I explained how I was maltreated by the big boys of the complaining family, she dismissed them by saying we’d all paid what we owed — what more could they want?

Everyone knew my grandmother was poor, and that life was quite hard for her.

Christmas was starting to get close. Grannie was busy with omole and plans for the new house — but at the same time she knew she had to prepare for the holiday. I had no clothes for my daily living, let alone for Christmas. She advised me to wait until after Christmas, and that she would get me good clothes and shoes. But I knew all her money would go to the house. She was a strong woman and resilient. I obeyed her, even when I went without and other kids had more than enough.

My joy was pure: We were about to start building our new home.