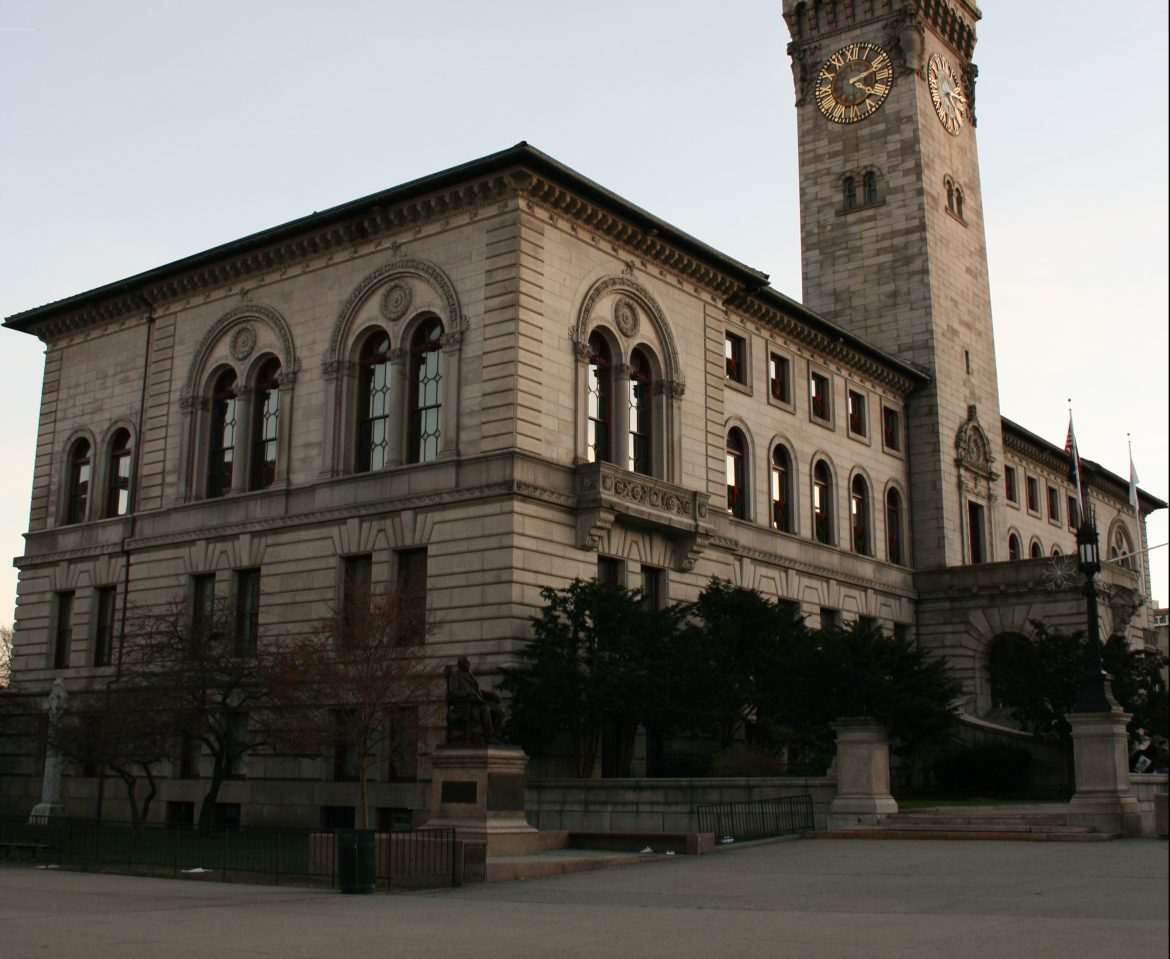 Everything was going fine at the staid Citizen Advisory Council (CAC) meeting June 8 until — 2 hours and 22 minutes in — it came time to vote on the lady who writes limericks.

Margaret Melican does much more than that, of course. As a longtime lawyer she brought serious credentials as a Zoning Board of Appeals aspirant. During her interview that night she was personable, professional and spoke of her love for her city.

It didn’t seem as if anything ominous was coming. As for the interviews that had come before her, the theme was willingness and ability to serve the city. The CAC, charged with recruiting and interviewing applicants for vacant positions on Worcester boards and commissions, almost always OKs candidates to move on for consideration by the city manager, which is the final decision-making step.

But nothing’s a lock — especially not if you’ve written limericks in the comment sections of a controversial local blog, and are subjected to interview questioning that crosses a line.

“To my knowledge you are a frequent participant in a local hate blog that frequently attacks women, women of color, members of this community, people who live in poverty,” CAC member Etel Haxhiaj said. “So my question is, why would we advance someone who — ”

She was interrupted by a brief discussion led by fellow CAC member Walter Bird Jr., editor of Worcester Magazine, as to the appropriateness of the line of questioning. But the damage had been done.

Pam Callahan, listening in at the table as the city’s training coordinator, advised Melican that she needn’t reply. But the unruffled candidate said she wanted to address the question.

“I would like you to know that my relationship with Turtleboy Sports, which I’m sure is what you’re talking about, is really limited to once in a while I write a little limerick relating to a story that they’re writing,” Melican said.

“If you watch the things that I say, you never see me saying anything rude or crass or disrespectful to anybody. I — I don’t know why you would assume that of me. But that is the limit of my relationship with them.”

The CAC’s vote of 6 nos, 4 yeses that shortly ensued denied Melican her chance to serve as a citizen volunteer on the ZBA. She can’t reapply for the role for two years.

The ZBA is an important board that has “several vacancies that we desperately need to be filled,” the city’s chief planner, Domenica Tatasciore, had told the CAC that night (indeed, several ZBA applicants didn’t even show up for their interview). She had also emphatically said the right candidates are “open-minded people that are fair and objective,” and able to handle the deep time commitment the unpaid position demands.

In a further irony, Callahan had kicked off the evening by giving the CAC a clear and careful tutorial about the city’s preferred interview techniques, which includes use of a candidate scoresheet to assist the hiring process throughout the city bureaucracy.

“Our job is to keep our questions relevant to the position,” Callahan said, adding: “A really good question is, ‘Why do you want to serve on this board?’ ”

She also told the CAC members she wanted them to send as many qualified candidates as they could to the city manager, “so that he has a diverse pool to interview himself.”

“If you think they are qualified to be on that board, nominate them forward,” Callahan said.

This all makes excellent sense, which seemed to go out the window on the part of some CAC members when it came time for Melican’s interview.

It’s impossible to say what factor or factors motivated the six “no” votes by the Citizens Advisory Council at the meeting. As an attorney, Melican said she represents clients in the construction industry, although seldom ones in Worcester. While her career might possibly have raised some concern, Melican said that she would of course recuse herself if a conflict of interest arose.

And lawyers have many times successfully sought citizen seats on the city’s various commissions, boards and advisory committees. Lawyers who wish to serve the city in that way tend to bring desirable qualifications in terms of education, experience, people skills and understanding of formal procedures.

It’s also possible, of course, that something about Melican’s demeanor or her answers led to some hesitation by some on the CAC.

But it seems most likely that it is a woman tied to Turtleboy — not the lawyer or any other aspect of her application — who lost out that Thursday night.

It was perhaps not out of line for Haxhiaj to mention the blog connections, in order to help gauge Melican’s degree of seriousness about the role she sought. But the questioning as it transpired — the meeting may be viewed here — comes across as unfair and petty in three ways.

First, Haxhiaj’s characterization of Turtleboy Sports as a “hate blog” seemed calculated to turn the tables against the candidate. Second, questioning of other candidates that night did not similarly sidetrack onto hobbies or avocations unrelated to the position sought. And third, the candidate’s complete, polite answer with respect to her connections to Turtleboy should have reassured the CAC members and returned the focus to her ZBA qualifications.

We would also point out a larger issue, that we want a city that is comfortable with diverse viewpoints, just as it strives to be open in terms of race, heritage, circumstance and other qualities. One of the CAC’s official duties is to work to enhance the diversity of representation on the city’s boards, commissions and advisory committees.

Compounding the interview flaws, five days later the City Council at its meeting slunk out of discussing the matter after Councilor-at-large Konstantina Lukes — who was apparently, and properly, uneasy at what had transpired — brought up the CAC meeting and asked for a transcript of it.

City Solicitor David Moore advised that the city charter barred the City Council from getting involved.

Discussing what happened would seem to us, as it did to Lukes, appropriate — even if the only outcome would be to express disapproval in hopes that the CAC and other city bodies will respect city interviewing guidelines, and their intent, much more closely in the future.

The June 8 vote and its aftermath is an episode of mistake upon mistake.

Melican is the first person seeking one spot to have been voted down by the CAC since 2014. Moreover, the record for applicants for a single seat is 283-9-4 since March 2011, according to city documents. And of those 283 “yes” votes, 253 (89 percent) were unanimous.

We hope that a way can be found to give her another chance. It is within City Manager Edward M. Augustus Jr.’s power to supercede the council and at least interview Melican himself. We strongly urge him to put down the politics and show Melican the respect she deserves.

For Worcester residents, this may seem a small matter victimizing one person. But it has big implications regarding how we want to be governed.

In her free time Melican should write all the funny verses she wants for whomever she pleases. But the treatment she’s received from the city — a city she told the CAC she wants to see get “the very best that we can possibly have” — is no laughing matter.