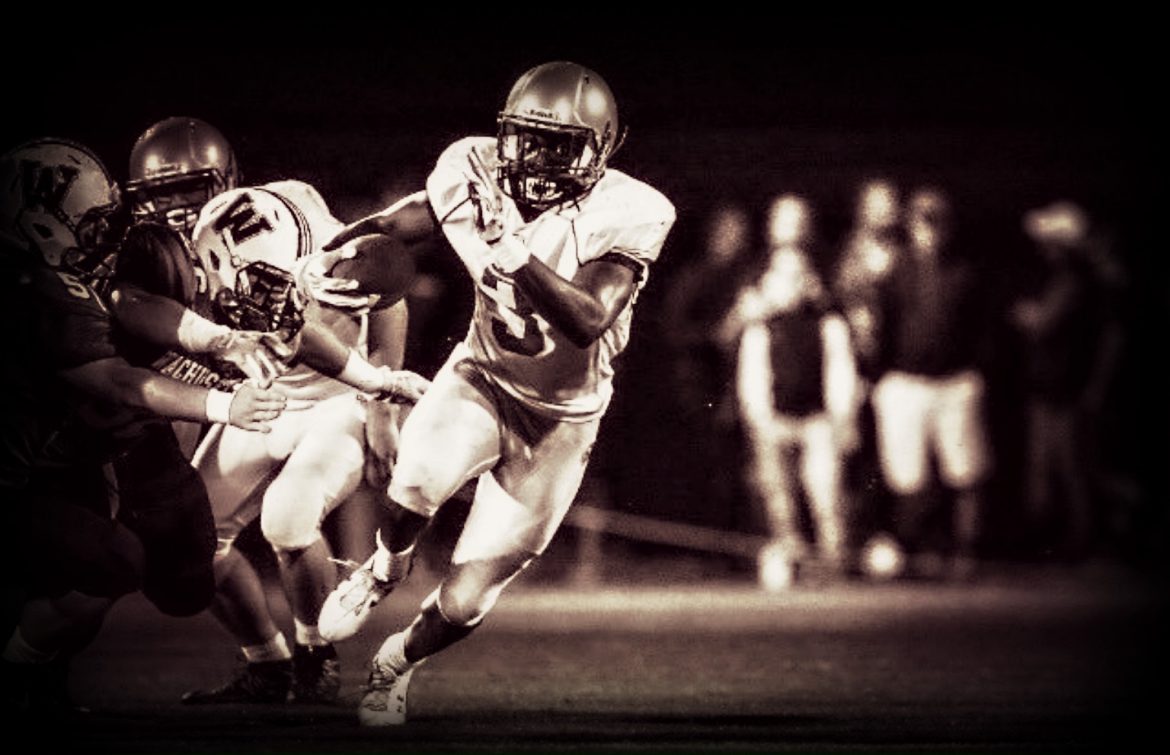 Kevin Mensah was hoping his big season at Shepherd Hill would lead to a scholarship offer from a top football program.

Kevin Mensah, the former Holy Name football and track star whose transfer to another school last fall caused a stir and put his gridiron goals in jeopardy, announced on Twitter June 17 that he has committed to play Division I football at the University of Connecticut.

“This past year has been WILD with trying to be eligible to play football and trying to find the right class[es],” he wrote in a phone message posted to Twitter Friday evening. “I would love to announce that I will be committing and attending the University of Connecticut this fall to play football and to continue my education. Can’t wait to be a Husky!”

Mensah had earlier in the spring committed to spend a postgraduate year at and play football for prestigious Connecticut prep school St. Thomas More.

Sun sports contributor Joe Parello, of SuiteSports.com, reported in January that UConn and coach Randy Edsall had begun to show increased interest in Mensah, who had also been in contact with Boston College and Elon University. Mensah also took an official visit to Michigan, which offered him a preferred walk-on roster spot but no scholarship.

But his pursuit of playing football at the next level, which in his junior season seemed like a foregone conclusion, had a false start entering his senior year.

The standout, 5-foot-9, 200-pound running back and Worcester native transferred from Holy Name Central Catholic High School on Granite Street to Shepherd Hill Regional in Dudley in the 2016 offseason, to much fanfare and, of course, much controversy.

Holy Name initially refused to sign a transfer waiver that would grant Mensah eligibility at his new school, and even after Holy Name decided to sign the waiver, the Massachusetts Interscholastic Athletic Association was not on board.

Mensah was forced to sit out the first two games of his team’s eight-game regular season. He was then granted two temporary injunctions in state court. The MIAA appealed both of those injunctions, and the threat of Mensah once again being sidelined loomed.

Mensah was finally able to exhale on Oct. 28, just hours before his team was set to play Fitchburg, when a state appeals court denied the MIAA’s latest appeal of his injunction, clearing the way for him to finish the season.

Once Mensah finally got on the field, he was nothing short of dominant. He rushed for more than 1,200 yards and 13 touchdowns.

Perhaps the biggest challenge for Mensah was reaching NCAA eligibility.

Once the guidance department and recruiting coordinator Nate Skermont were able to get Kevin’s transcripts from Holy Name, they found a student who had much work left to do to make it through the NCAA Clearinghouse.

“These guys need to meet (Shepherd Hill’s) graduation requirements, then we have to find out what they need to do for NCAA eligibility,” Skermont told Parello in January. “I can’t say (why Mensah was behind), because I’m not in that building (at Holy Name). He was taking a full course load there, but not enough of those were NCAA eligible.”

Before Shepherd Hill became his destination, there was also a botched transfer agreement with Cheshire Academy in Connecticut.

But now, all that is behind Mensah.

“When I tell you, I didn’t know what to do — I didn’t,” Mensah wrote. “But with special people like Mr. Skermont … the entire McKeon family for being there for me and my mother, close friends and just everyone who’s been there along the way, I can’t thank you enough.”