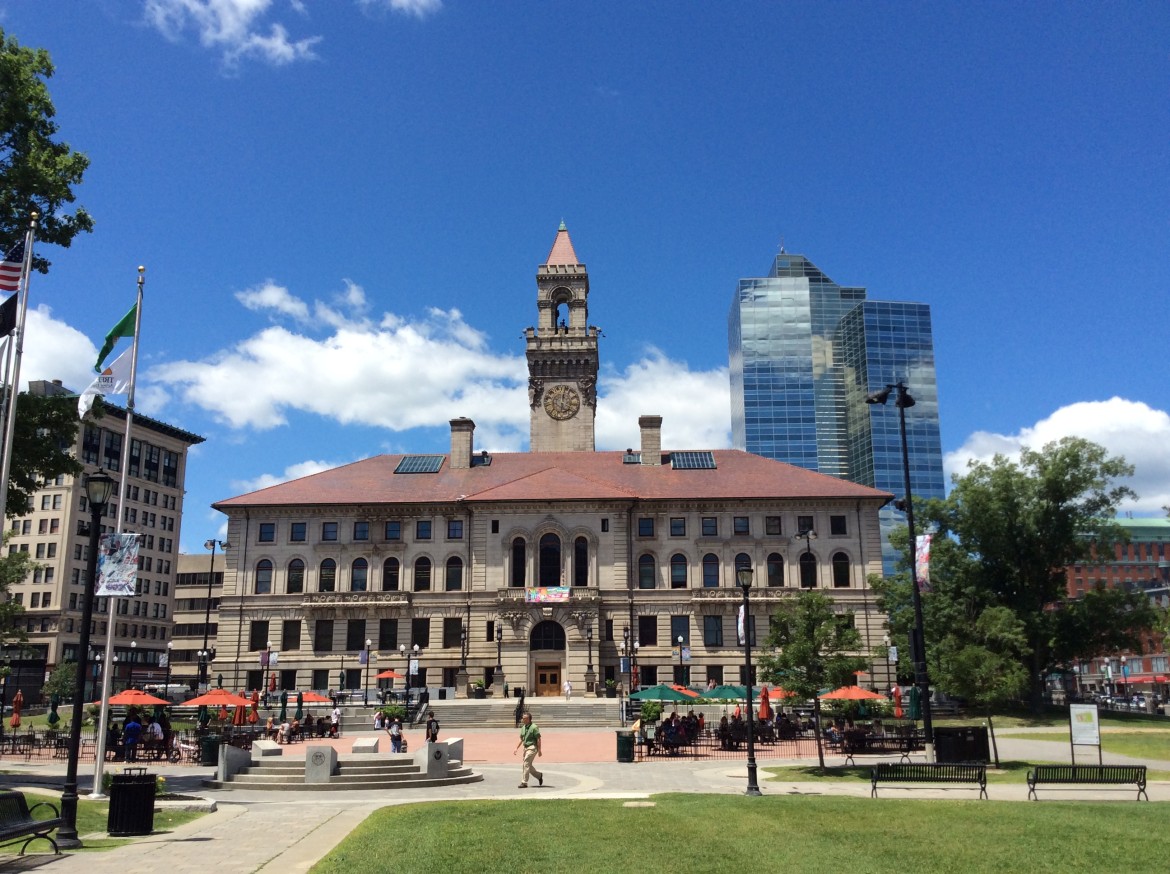 In fact, on more than one occasion, I suspect that she voted against matters I supported just because she could not stomach the idea of agreeing with me.

It was a beautiful relationship.

I certainly do not want to put our relationship in jeopardy, but I have to admit that on two recent issues, I think she is right.

The first issue is the use of plastic bags at area stores. In my opinion, anything that we can do to remove plastic bags from flying around the neighborhoods and filling our waste stream should be vigorously explored.

The second issue involves the Citizen Advisory Council (CAC) and their denial of a candidate, Margaret Melican, for the Zoning Board of Appeals because of her relationship with a controversial local web-based publication, Turtleboy Sports. The CAC recommends a pool of candidates to the city manager, who then interviews and selects the candidate who he feels fits the needs of that board and the city.

After reading several news accounts of the issue and watching a video of the June 8 CAC meeting posted on the city’s website, I became convinced that some of the members of the CAC were wrong. It was fairly clear that at least one member was pushing a political agenda — which had nothing to do with a candidate’s ability to serve on the ZBA.

At that meeting, clear guidance was given as to what questions were appropriate to ask candidates.

Pam Callahan, coordinator of training, development and wellness for the city, said that deciding what questions to ask was “basically pretty easy. We try to keep the questions exactly relative to what the actual job description actually is.”

That point was also driven home by the city’s chief planner, Domenica Tatasciore, who attended the meeting and gave clear guidance to the board members as to what they should be looking for. In other words, do candidates have the qualifications, time and desire to serve in a particular position? No other information was necessary or relevant.

Callahan was also clear that the members of the CAC should be careful not to engage in “disparate treatment,” asking questions of one candidate that did not apply to other candidates.

“If you ask a question of one candidate, it really should be asked of everybody so that the playing field is equal, and no one is held to a higher standard of questioning,” she said.

Callahan said the CAC’s job was not to screen people out. “It’s a matter of sending as many qualified candidates to the city manager as we can, so that he has a really diverse pool to interview himself.”

She also cautioned that exploring someone’s “philosophical views” was out of line.

When CAC member Etel Haxhiaj asked if it was appropriate to question someone’s “world view,” Callahan cautioned that such questions would not be appropriate.

Unfortunately, during the interview, Haxhiaj ignored the city’s guidance. She referred to Melican as “a frequent participant in a local hate blog.” Her reference was to Turtleboy Sports.

Although Callahan said Melican did not have to respond, Melican explained that she occasionally writes a “limerick” to go along with a story and has never offended anyone or participated in anything hurtful. “I don’t know why you would assume that of me,” she said to Haxhiaj.

This is a matter that impacts every member of the community. The people have a right to hear what their councilors think and also a right to be heard on the subject. … Hiding behind the city charter is a political dodge not worthy of the members who serve on the City Council.

And despite Callahan’s caution about disparate treatment, only Melican was asked about Turtleboy. No one else was asked what they read or comment on relative to any news or blogs.

In the end, only four out of 10 CAC members voted in favor of Melican’s name being forwarded to the city manager.

Many of the candidates interviewed had reasonable qualifications for a position on the Zoning Board of Appeals. But not a single candidate was more qualified than Melican. If the CAC followed the advice of Callahan and Tatasciore it should have unanimously sent Melican’s name forward to the city manager for his consideration.

Melican is an experienced lawyer who previously represented the Somerville ZBA. She wrote the actual legal opinions of that ZBA. In her interview she came across as sincere and expressed her love for the city and her strong desire to serve.

In response Melican was clear. First, she has not represented anyone before the Worcester ZBA in several years. Second, she would not take any clients who might go before the local ZBA; instead she would refer them to other lawyers. And third, she understands the conflict of interest law and takes it seriously. If there was a potential for any possible conflict, she would follow the law.

This is a non-issue. Melican’s comments should make any reasonable person feel comfortable. Beyond that, boards like the ZBA have a history of members who are attorneys. What makes Melican different from all of the other lawyers who have held similar positions?

What should the city manager do?

At the City Council meeting where this issue was raised, City Manager Ed Augustus acknowledged that city staff was present at the meeting and gave guidance to CAC members relative to how they should handle themselves.

He also said, “We’re going to go back and look at that guidance, and also offer some additional training to our boards and commissions so they know our best recommended practices for asking questions.”

Certainly, additional training might help – although the initial training, in my opinion, was excellent and very clear. But the manager needs to do more than that.

Subsequent to the meeting, as reported in Worcester Magazine, Haxhiaj defiantly said, “Guess what, I’m going to ask the same questions.” She did not say that she misunderstood the instructions given at the meeting. She simply refused to follow them – and would continue to refuse to follow them.

In fact, beyond questions to Melican, Haxhiaj asked other candidates questions that, while not as objectionable, had absolutely nothing to do with their qualifications and were much more political-philosophy oriented.

It is clear that Haxhiaj feels strongly. She found Melican’s purported actions so objectionable that she could not ignore them. And she is going to continue to ignore the city’s instructions — that is her right.

But given this circumstance, the city manager has no choice but to remove her. Anything less means that he condones this behavior.

Additionally, the manager should decide to include Melican in his finalist pool. He has the authority to do that. Typically, it is not wise for the manager to ignore the recommendations of his boards. But, when a board ignores guidance provided by the city, he is well within his right to take matters into his own hands to correct the error.

What should the City Council do?

I have the greatest respect for City Solicitor David Moore. He is smart and experienced. But that does not mean that he is always right. That is the case here. It was his opinion that the mayor used to shut off any discussion on the matter.

It is clear the City Council cannot remove or even recommend removal of a member of any board or commission. However, in my opinion, that should not limit its ability to discuss the matter and to ask for a further report from the city manager as to how he plans to ensure that this behavior is not repeated in the future. Remember, it was the City Council who voted to confirm members of the CAC in the first place. The Council has a right, even a duty, to ask questions.

Mayor Joe Petty was probably trying to limit the political damage that would result from a full discussion of this issue. And most of the council members were probably happy that they did not have to weigh in on the subject. But, Petty was wrong to do so.

This is a matter that impacts every member of the community. The people have a right to hear what their councilors think and also a right to be heard on the subject – those who agree and those who disagree with the actions of the CAC. Hiding behind the city charter is a political dodge not worthy of the members who serve on the City Council.

As for Konnie, I can only say to her, please forgive me. So that order is restored to our universe, I promise, starting today, that we can go back to our beautifully disagreeable relationship once again.

One thought on “Mariano: Thought police take over the Citizen Advisory Council”