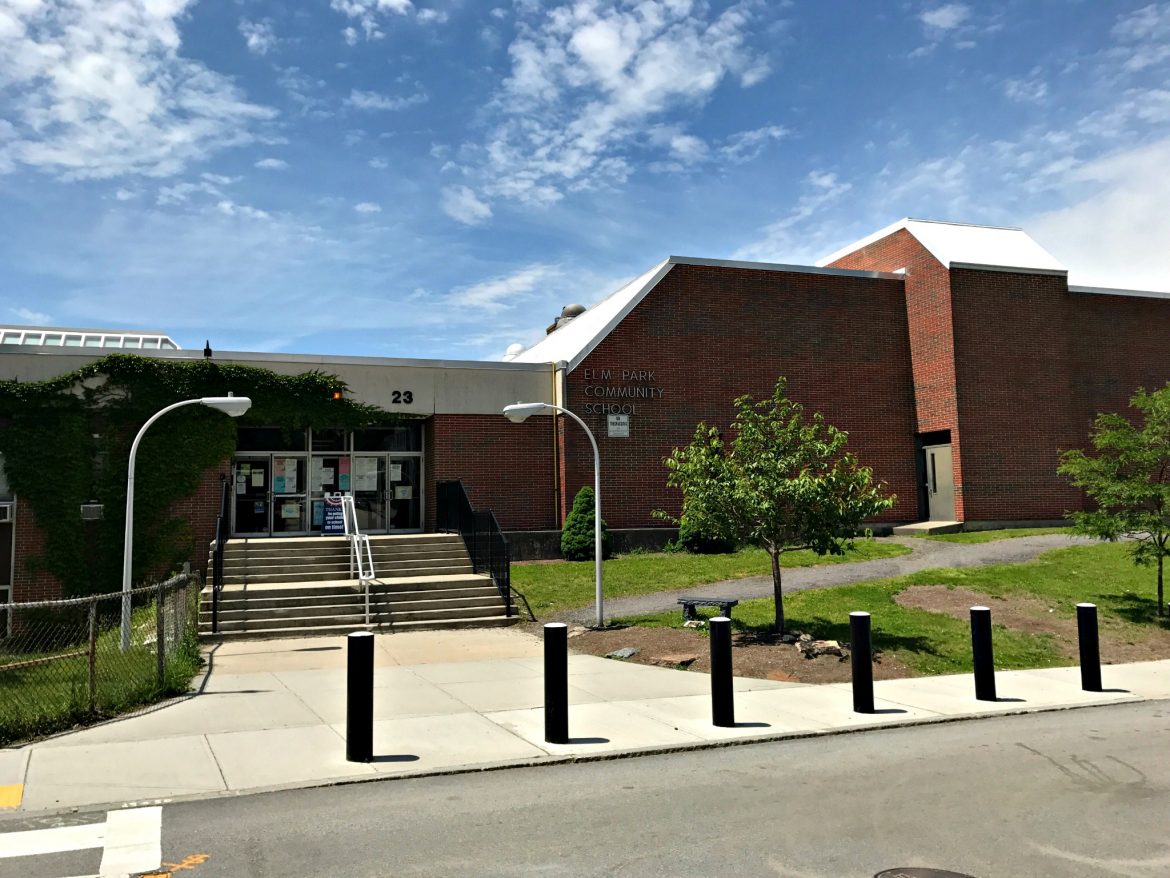 Elm Park Community School will have a new principal this fall. But will Ellen Kelley be able to change the school's fortunes?

Superintendent Maureen F. Binienda has been unexpectedly busy shuffling her leadership team as her first year at the helm of Worcester Public Schools draws to an end. At Elm Park Community School, the hope is that a change in principals will keep the underperforming school out of hot water with state education officials.

Joany Santa, principal at the pre-K-6 school on North Ashland Street since 2013, was reassigned to Vernon Hill School for the 2017-18 school year, while Ellen Kelley will move from Roosevelt Elementary School to Elm Park.

Roosevelt is one of 10 city schools classified by the state as a Level 1, or highest performing, school. Elm Park, on the other hand, was designated by the Massachusetts Department of Elementary and Secondary Education (ESE) as a Level 4 school in 2014. It is the only Level 4, or “lowest achieving and least improving,” school in the district and could be in danger of falling to Level 5, which would trigger intensive state involvement including receivership, as has happened in nearby Southbridge.

Binienda, who announced Santa’s transfer in late May as part of several principal changes, told the Sun in an email that the moves were made collectively to “better meet the needs of the children in the district.”

The superintendent said she was not motivated by avoiding a Level 5 designation.

“Ellen Kelley is a Level 1 principal who previously worked in a similar school,” she said late last week. “She was selected based on her record of being able to move a school to Level 1 status.

“Principal Santa did an excellent job at Elm Park and I felt her skills are needed at Vernon Hill,” Binienda wrote.

Sources told the Sun that Elm Park teachers were considering a vote of no confidence in Santa on May 26 until being appeased by Binienda’s comments on her visit to the school that day. School administration sources confirm no such vote was taken.

Elm Park, according to state figures, had an enrollment of 499 students as of October, with 73 percent considered “economically disadvantaged.” State figures also show that English is not the first language for 67 percent of the students. More than 18 percent are students with disabilities and more than 92 percent are considered “high needs” students. The student-to-teacher ratio is 13:1 (district-wide it’s 14:1).

“Clearly, the way [Elm Park] performs, I believe the anxiety level over there is higher than it needs to be,” said Roger Nugent, president of the Educational Association of Worcester, the city teachers union. He said that with the coming leadership change, “I think you’ll see a lot of that anxiety decrease, which gives the faculty and staff more energy to put into teaching and learning.”

“Level 4 schools are the state’s most struggling schools based on an analysis of four-year trends in absolute achievement, student growth, and academic improvement trends. Level 4 schools are allowed flexibilities to accelerate student achievement and are given priority to receive ESE targeted assistance.”

According to a formula the state uses to gauge school performance called the Composite Performance Index, Elm Park students in 2015-16 ranked substantially behind other elementary students in the district in proficiency in Math, Science and English Language Arts. The numbers were even worse when compared to statewide ratings. [See chart below.]

“When a school is designated Level 4, it has three years to improve,” Jacqueline Reis, media relations coordinator for the state education department, wrote in an email to the Sun. “At the end of those three years, there are three options: exiting Level 4 (if the school has made significant, sustainable progress); remain in Level 4 another year or more (if there has been some improvement but the school needs more time to ensure that improvement is lasting), and moving to Level 5 (if there has not been much improvement and there is no sign that things are likely to change).

“Worcester has had Level 4 schools before, sometimes more than one at a time, and those schools have improved,” Reis noted. “We are hopeful that the district will continue to make adjustments at Elm Park to address the school’s specific needs and enable educators there to better serve students.”

At the June 2 School Committee meeting, according to a report, Brian O’Connell, dean of the board, suggested looking into reinventing Elm Park as a Horace Mann charter school. Such schools remain part of their home district but operate with their own leadership boards, curriculum and instructional guidelines.

Since the ratings and intervention program began in 2010, three other Worcester schools have been deemed Level 4 by the state: Union Hill and Chandler Elementary Community schools in 2010 (upgraded in 2013, 2014 respectively) and Burncoat Street Elementary in 2011 (2015). While Union Hill and Burncoat Street rose to Level 3, Chandler Elementary, based on “meeting its gap-narrowing goals,” is now classified a Level 1 school.

“What prompted their turnaround was very focused practice,” Binienda said. “They also shifted to extended day, added summer [professional development for teachers], and established more time for faculty to work together to evaluate and adapt instruction.”

Elm Park has benefited from funding and guidance from the federally funded and state-administered School Redesign Grant program since 2014. The school will receive $1.3M from the program for fiscal 2018.

The funding is intended to help the school address three core problems: the needs of the school’s diverse population were not being met; disconnect between teacher practice and student outcome; and low student performance.

Binienda said the school department has not received any notification from the state that Elm Park Community School’s status will be changing to Level 5.

“It is up to the commissioner to designate a school Level 5, and he generally expresses his concern before making that designation,” Reis said.

Nugent said teachers at Elm Park felt that, if Santa had remained at Elm Park, the potential for a Level 5 downgrade would have been a “major concern.”

And while he said the transfer of Kelley to Elm Park deserves praise, the EAW is not in support of Santa’s transfer to Vernon Hill.

“I have great hope for the leadership team that will take over in the fall. I think they will be very effective in turning things around at [Elm Park],” he said. “[Santa] doesn’t understand the concept of labor management and the requirements a binding contract demands on both sides.”

“Her professional skills, bringing people together as a faculty and having them form a united body — I don’t think that was a strength,” Nugent said.

“We’re not happy with it at all,” he said of Santa’s transfer. “Vernon Hill has been plagued with issues over the past couple of years.”

Current Vernon Hill principal Carenza Jackson — who took over in 2014 — will finish the school year there and be moved to an assistant principal position at Forest Grove Middle School next year.

Binienda disagreed with Nugent’s assessment of Santa and her fit at Vernon Hill.

Vernon Hill is among the city’s 21 Level 3 schools. There are 12 Level 2 schools. Because of the Elm Park designation, the entire school district is considered Level 4 by the state.

The district, meanwhile, is searching for a replacement for Kelley at Roosevelt and to fill a principal vacancy at Lincoln Street School. The School Committee, on June 2, confirmed Binienda’s appointment of Susan O’Neil to deputy superintendent, a position that will replace the chief academic officer post held by Marco Rodrigues, who is leaving to become superintendent in Hudson.

“I did not anticipate making so many changes,” Binienda said. “Every decision I have made is in the best interest of the students while also recognizing the strengths of principals and staff and matching that to the needs of the schools.”

According to Nugent, the union applauds and supports the other leadership changes Binienda has made, and hopes for a quick turnaround at Elm Park. He said union representatives will continue to meet with the Elm Park faculty throughout the summer and into next school year to assess the school’s direction.

“I think Ellen Kelley and her team going over to Elm Park is just another great move on the part of [the] administration,” Nugent said.