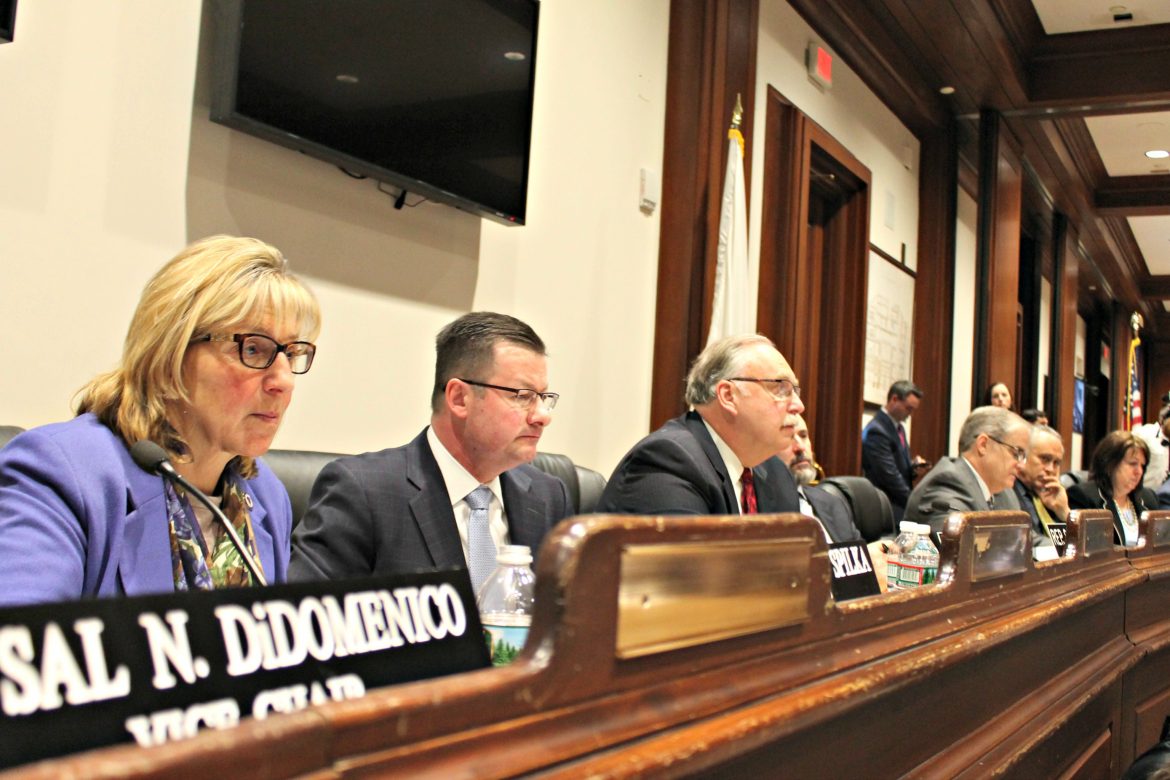 Sen. Karen Spilka, left, and Rep. Brian Dempsey lead a joint Ways and Means hearing into potential raises for lawmakers in January -- that measure went off without a hitch, but the fiscal 2018 state budget? That, you'll have to wait for.

BOSTON — It now appears certain that final agreement on a fiscal 2018 state budget, the focus of most of the energy this year in the Democrat-controlled Legislature, will not occur until sometime in the new fiscal year, which begins Saturday.

The House and Senate whisked through a $5.15 billion interim budget Monday, which Gov. Charlie Baker had filed last week, to prevent a government shutdown and keep programs and services running when the new fiscal year starts.

“This would give us through the month of July, if needed. I hope that that is not necessary,” Senate Ways and Means Chairwoman Karen Spilka, D-Ashland, said Monday. “To ensure that government continues to operate efficiently and effectively, we need to ensure we have the appropriation for it.”

A conference committee began trying to come up with a consensus annual budget in early June but has not produced a plan yet, and it’s uncertain whether legislators are making progress — the conference does not publicly discuss budget talks.

This year’s budget talks are being strongly influenced by the widespread agreement among top state officials that revenues are not likely available to support spending plans worked on for the past several months.

Even if a midweek agreement is reached, the branches did not have sessions scheduled Tuesday or Wednesday to ratify it. The next House session is Thursday, but will be of the lightly attended “informal session” variety. The Senate has a formal session Thursday, with plans to take up bills addressing distracted driving and the rights of pregnant workers.

Mindful of the time-sensitive nature of the budget, as well as a compromise marijuana legalization bill, House leaders have advised members to be ready for formal sessions, tentatively, on Thursday, Friday, Saturday, or Monday, July 3.

A Senate spokesman said Monday that no specific guidance has been issued to senators about near-term schedules.

The July 4 holiday, and the schedules of lawmakers around that holiday, could come into play in the coming days.

At the outset of the 2017-2018 session, the Legislature passed a surprise bill giving themselves pay raises, along with judges and statewide officeholders.

Legislative committees have been holding hearings on bills, but the full Legislature has been slow to dive into public policy in 2017. The Legislature and Baker in December delayed for six months major aspects of the marijuana voter law, so lawmakers are now eager to wrap up work on changes to that law.