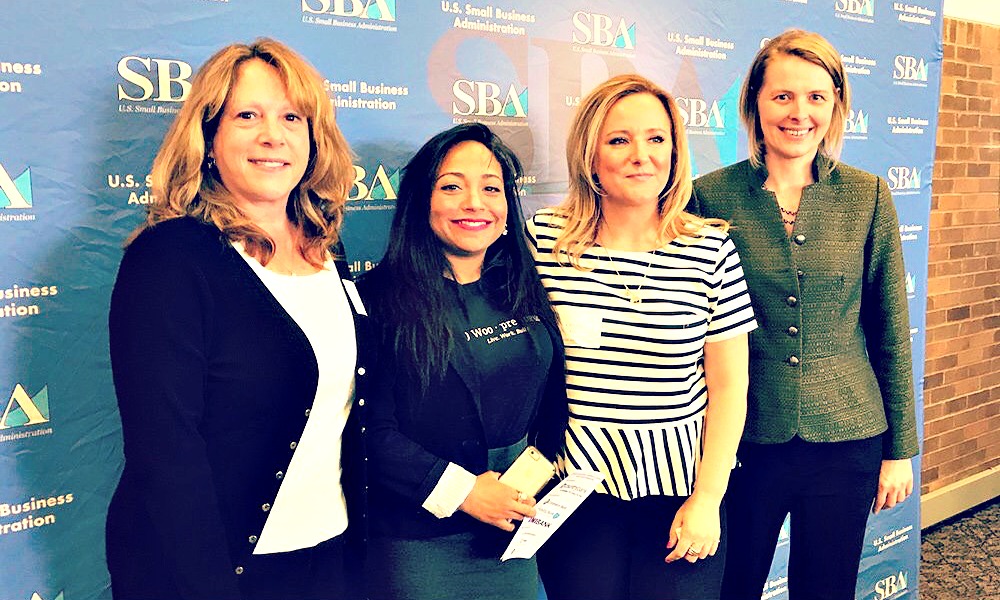 Giselle poses with other entrepreneur-speakers at a recent chamber of commerce event. From left, Dawn Dearborn, Oriola Koci and Amy Whitney. 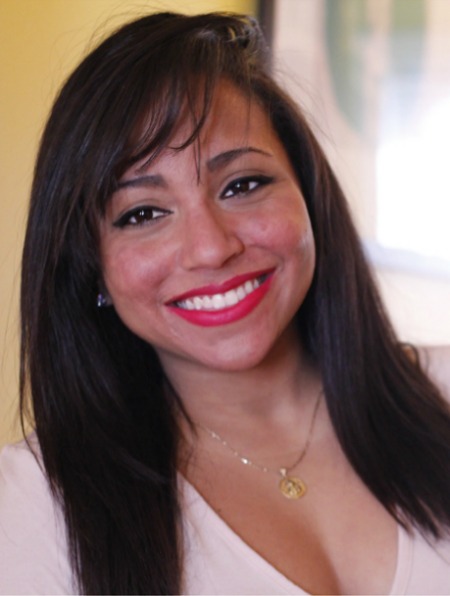 In the past I rarely found myself looking at the participants in a meeting and questioning the balance of ethnicity and gender in the room. But nowadays, it seems that is all I can focus on.

Raised by a strong woman, I never paid close attention to the roles Latinas played in my environment. I never doubted my abilities to accomplish things, because I was raised to view myself as a capable human being and not a statistical figure in society.

As I get older, though, and more involved in the community, more vocal about how I envision my future, I can’t help but realize how concerned I should be with the lack of diverse representation in my entrepreneurial community.

While my inner feminist is thrilled to read statistics from a recent Harvard Business School study, “Diversity in Innovation,” which claims that the “female labor market participation in the United States has nearly doubled from 1950, going from 33 percent to 57 percent in 2016,” my inner Latina is crushed by the same study.

Read Giselle’s previous chapter, The new home frame of mind, or scroll down to explore more of her story.

One of the highlights — or lowlights, I guess — was the following passage, listed among the study’s “eight empirical facts”:

“When the fraction of the entrepreneurial pool (i.e., education, training, and work-experience typical in this sector) for women, African Americans, and Hispanics is compared to the observed venture capital and founder participation of these groups, each group has meaningfully and persistently lower representation than would seem appropriate given their proportions of those with requisite backgrounds to enter the sectors.”

In plainer English: If you are Hispanic, African American or simply a woman, your entry point into the innovation sector remains a tight squeeze. For me as an Hispanic woman, it seems almost impossible, according to this study.

In every meeting, every panel discussion, every entrepreneur workshop, every promotional event, and every committee meeting I attend, I have noticed a trend: little-to-no diversity.

While the populations of diverse cultures continue to grow (especially in Worcester), it seems that the older white male figure remains in control of the boardroom, available capital funding, and the key to the promised land of innovation.

I am never one to blame others for the lack of … well, anything — but it is increasingly difficult to attend meetings and committee functions as I stand alone in a world many will never understand.

Challenges are presented to everyone – I am a true believer of that. People face challenges, struggles and obstacles in their daily life. Some of us more than others. It is hard to keep your eyes on the prize when the prize always feels beyond your reach — and is always in the hands of someone you’ve never identified with.

At times, I feel that despite our progress as Latinas, as women, as African Americans, we will never be more than just a stereotype in the business world – always taking orders and never giving them.

As I sat in a meeting a few days ago – a meeting comprising six older white men, a white older woman and myself – I felt a sudden urge, a motivation to spark change in an issue that cripples our economy and many others around the world.

The Harvard Business School study showed that “from 1990 to 2016 women have been less than 10 percent of the entrepreneurial and venture capital labor pool, Hispanics have been around 2 percent, and African Americans have been less than 1 percent.” How is it possible that despite the increase in representation in education programs that would lead to careers in these sectors, there is but a small percentage of us making our mark?

When I talk about diversity, I do not mean that companies and organizations should hire Hispanics, African Americans and women for the sole purpose of “diversifying” their staff. Instead I believe companies and organizations should work harder to open the doors of their executive and senior management positions to those three groups and fully immerse their backgrounds, expertise and experience into the top levels of decision- and deal-making.

Diversity in the workplace, especially in entrepreneurship, is crucial. In fact, in my eyes, it is the tipping point for innovation. Diversity creates increased adaptability, broader range of services, and a variety of viewpoints. When we embrace it, we succeed.

I refuse to let these statistics dominate my goals.