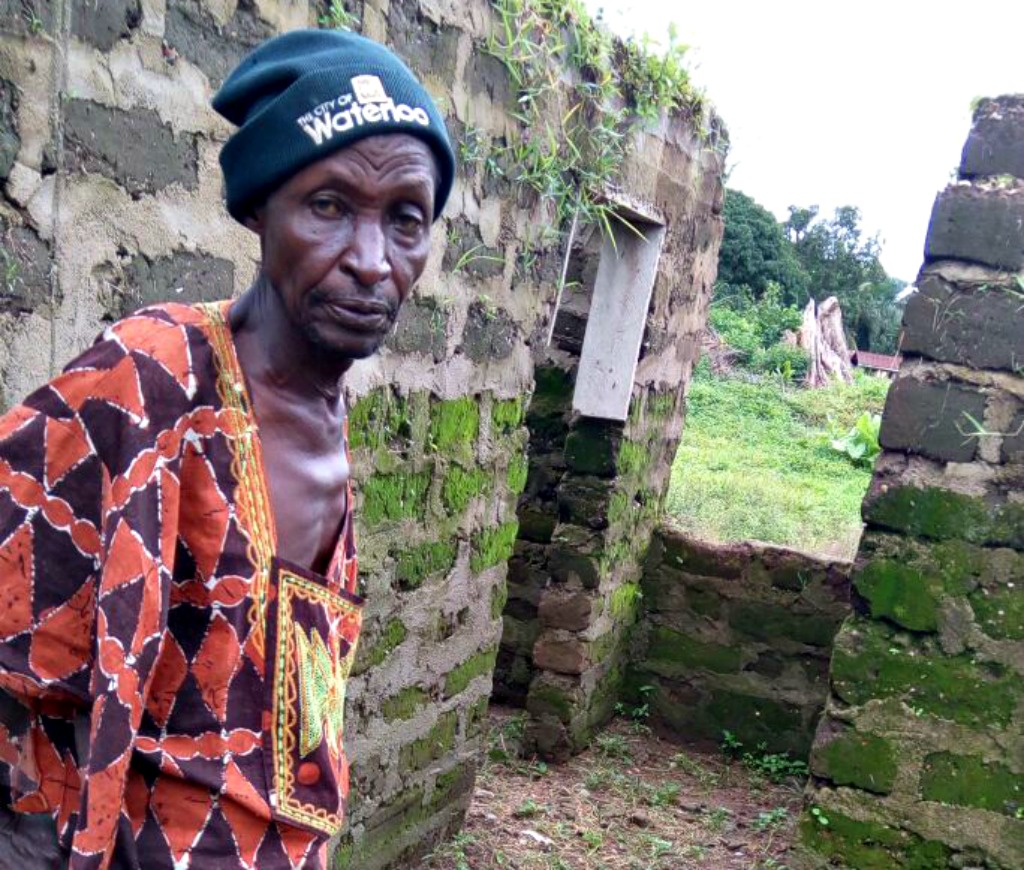 I had prayed for my grandmother to start preparing to pay my school fees in time, but she was also compounded with several problems. Besides having to foot all the bills, she’d recently had a death in the family.

My brother’s choice of high school for me was a setback.

Duran Kanjia was one of the many children Pa Kanjia had from his many wives. He was the third child of the family and I was the last, having been born a few months after our father suddenly died in 1963. Duran was in the military since I was a little child. He had earned no promotions, and I was now in the seventh grade. He was simple and did not care.

He had just returned from Daru, Sierra Leone, where he was stationed. He was clearly a strategist but lacked follow-through. I loved him in his uniform and his love for his people. But I think our father’s death may have deterred him from continuing his education.

Duran was home with us on vacation. He did not care whether he had money. He put off everything to the future. “When I return to Daru I will send some money for that purpose or this purpose,” he would say to requests for help. Even when I was needy, especially for my school, Duran did not give a cent.

My grandmother at first was happy that he had come to our home in Motema, and so she called on him to help. He postponed the talks for two weeks — which was the deadline for paying the full amount of school and exam fees my grandmother had been trying scrape together.

Augustine’s last chapter: One Problem Opens the Door for More Problems  Or scroll down to catch up from earlier in the remarkable tale

Duran avoided the house. My grandmother had sold all sorts of food items to get the money and had just about enough to cover my high school entrance exam. We still had to pay the yearly study fee and Grannie was fighting hard to buy me sneakers for the exam. This was a long way away. Yet she could not get it.

Sobba Peppeh — the nickname she earned through cooking and selling “perfect” hot peppers — brought to me one evening the form to make my high school choice. I was hesitant to write on the form; I thought perhaps I did not know how to write it correctly. So, I went to search for Duran. He came with new lies to save himself. So Sobba Peppeh responded in kind, and said she had paid all the fees in full just to get him to help fill out the form. He accepted this but then promised he would still send us the amount to cover the fees.

He chose Wesley Secondary School in the town of Segbwema. It was far from Motema but close to Daru, where he lived. It was certainly a difficult choice for me. But I could not say much. I wanted to stay on in a Catholic school, and there was one in Motema called Holy Ghost Secondary School. They were the best — but Duran insisted on Wesley.

All the students in Grade Seven were preparing very well for the exam. There was a smallish girl, Suma Musa, who had always been at the top of our class. Over there the competition was high. Our rankings were listed everywhere and referred to often in class. Suma was always the best.

I reported to my grandmother that I was becoming too weak among my friends in class and Suma Musa was making us all stupid. She told me, “Someone is bringing me water that Jesus had blessed in Jerusalem so that it will open students’ brains to achieve whatever they are aspiring for.” I was in haste for the water. But she told me her friend was still traveling to bring it. When I became belligerent she got a clean bottle and put clean drinking water in it to convince me it was the medicine to make me clever. It was coconut water.

Grannie called me to take the medicine when I was in the middle of my soccer game. My hand had healed quite well. But I refused to play in the goal anymore. My hand was still a bit feeble but I was skillful. She talked to me on the sideline and made me leave the game for medicine. She’d called me aloud, “Tamba Nyaka eeeh” — Tamba Nyaka was my native name, as I was named after Henry Nyaka, who was a respected local educator. They still call me this name, especially those who have known me from the beginning.

I had little time to waste for Grannie’s call. She told me in Mende that she had the medicine to make me clever. She showed me the bottle and promised that I would be the best because it is from Bethlehem. I became more excited. She gave me some when we arrived home.

At the same time we were preparing for the exams, Sobba Peppeh was thinking of resuming our omole business, but we had no capital to restart our illicit liquor brewing. The chief police officer in Motema had just been transferred and Frank Jalloh was to take over. He was a Christian and showed sympathy to us.

I did not go to school for a month as we prepared for our examinations. We took English, Mathematics, Quantitative and Verbal aptitude tests. I was a sound boy in English, thanks to one of my uncles who’d made it to Grade 10 in school and tried to show how smart he was by being my home teacher. His big deal was spelling. That really helped me in English. Quantitative was like Mathematics but Verbal was a remedial English. Words were spelled incorrectly and we had to identify the proper word.

Our preparation was great, but difficult because we did loads of homework and classwork. I had prayed for my grandmother to start preparing to pay my school fees in time, but she was also compounded with several problems. Besides having to foot all the bills, she’d recently had a death in the family.

It was her younger brother, Tamba Ngehgba, who had fought with Allied Forces in the Second World War, popularly known by my grandmother and other elders then as the “Burma War.” She had many brothers, most of them from extended families, but this was her true brother from the same parents. His death was a blow. She cried a lot and at some points I felt very sorry for her and I joined in to cry with her. 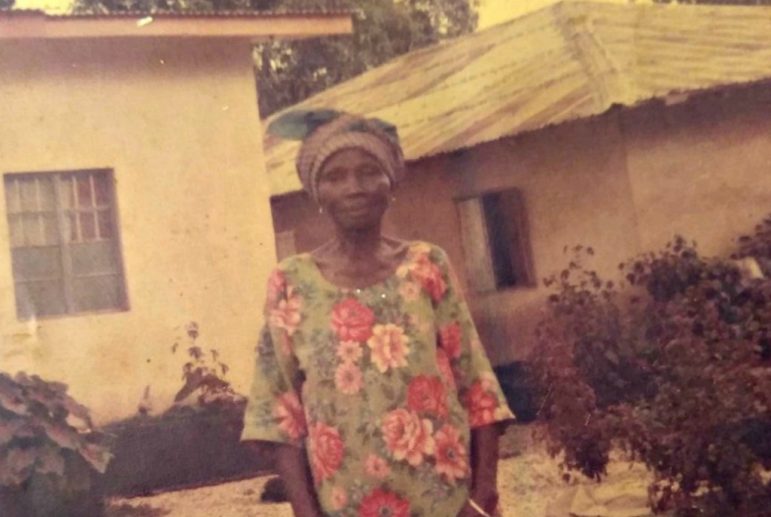 I was to take a few weeks away from my school again. We packed our things without money, except transportation fare that could take us there. We cried a lot — no one could ask you for money when you continue to cry. My grandfather was a one-time rich man who had plantations, but due to poverty and mismanagement he became poor before he died.

Many people offered condolences to my grandmother and some did so with money. I became the bank and secretary/treasurer. I wrote their names, to their surprise. Many came to see how a small boy could write and record monies collected and make a list of those who paid and how much. There was enough money for the funeral. I also managed to keep some for us, and a special portion to buy a soccer ball for our games.

Tamba Ngehgba was buried and a funeral service held befittingly. We took three weeks without school there. I managed to swallow the loss of school, but it was among the most painful things in my school life.

I would take the condolence money to help my grandmother buy a bag of sugar and yeast for our omole production. It was December, and it was the best time for the trade. Many got drunk in the name of Christmas. Our new house remained incomplete (but mostly done) and my school fees still had to be paid. But the sugar and yeast was all we could afford for now.

The omole business began to thrive again. Grandmother had a lot of opportunities for the business. This attracted a lot of people at our house. Some people would sleep on our floor or behind the house. The trade was good because we were gaining a lot and I was happy our house was nearing completion.

Our nights were short, as we returned home very late after the brewing of the omole. We were bent on getting money for my school and our home. Perhaps the worries over my school fees and the family turmoil I went through may have helped me to be tougher with problems that come my way.

In Africa, family and friends give a helping hand to educate children, but it was not to be in my case. My grandmother bore the whole brunt of it. I struggled to do right by my grandmother. We were classed as the real poor people of the town. But we did not accept it. Our faith was strong, and we prayed.

Well, the climax to my problem was starting to emerge – the high school entrance exams were at hand. Our class was full, as everyone hoped to pass. Meanwhile, my grandmother believed Duran, who had chosen Wesley Secondary School for me, would hold up his end of the bargain. She was quite hopeful and it was the center of our nightly prayers.

There was a clash of interests as the day drew near. The exam fell on the same day as our main omole production. I was pivotal to the process. Two of my uncles were not patient, and they were vulnerable to the police. Tamba Ngainda, though, loved working in the bush because he was uneducated. He loved me a lot too.

I was preparing for the exam when Sobba Peppeh was getting ready for the omole production. We were to leave very early. And my exam was to start at 8 a.m. We had to walk for about seven miles. We had an evening Mass to pray for our success. Parents were asked to come and join in the prayers for the seventh-grade class. It was during the Mass that my grandmother realized that I should not go with them for the omole production.

I won! At least for that day I would not go with my grandmother for the boring omole production.