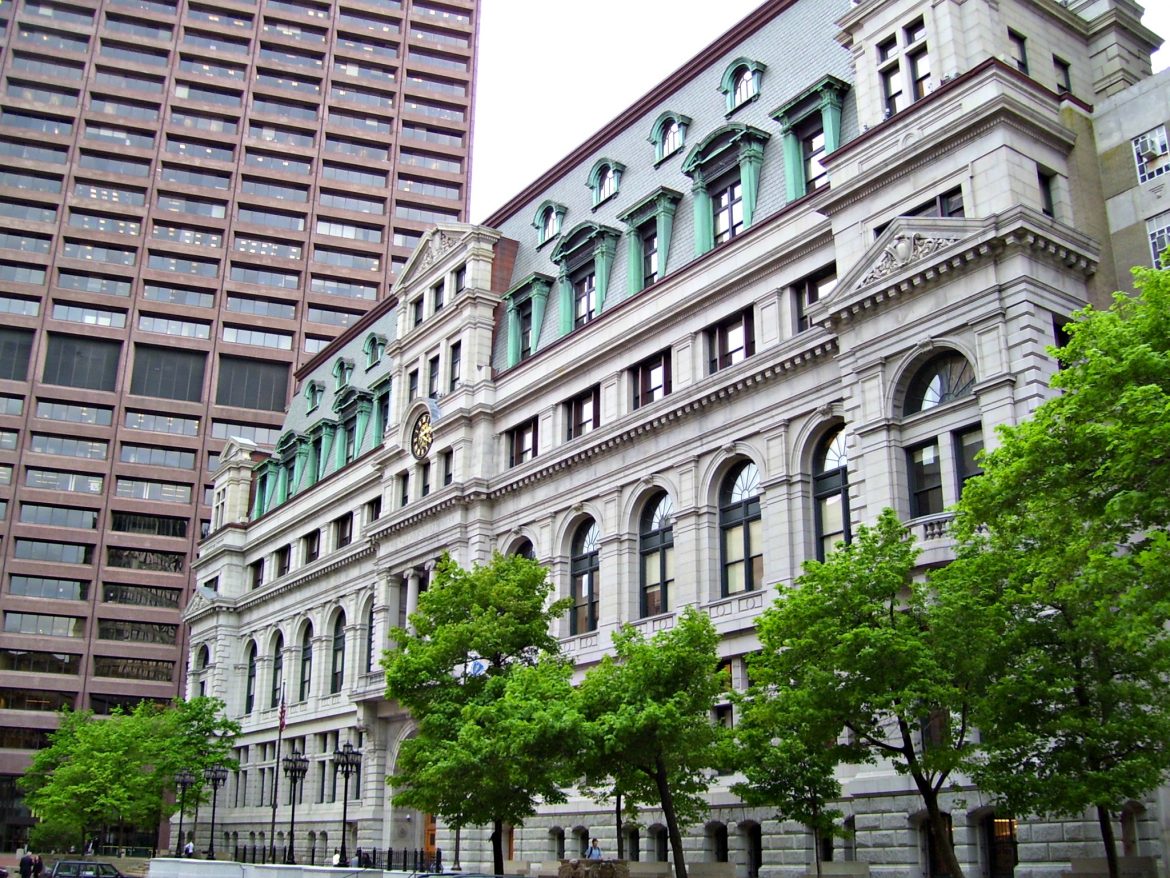 The Supreme Judicial Court ruled Monday that police officers do not have the authority to detain immigrants solely at the request of federal immigration officials.

“In the case of Commonwealth v. Sreynuon Lunn, the court concluded that ‘nothing in the statutes or common law of Massachusetts authorizes court officers to make a civil arrest in these circumstances,’ ” State House News Service reported.

The facts are straightforward: “After the sole pending criminal charge against him was dismissed, the petitioner, Sreynuon Lunn, was held by Massachusetts court officers in a holding cell at the Boston Municipal Court at the request of a Federal immigration officer, pursuant to a Federal civil immigration detainer,” the SJC decision states.

“Immigration detainers like the one used in this case, for the purpose of that process, are therefore strictly civil in nature,” the opinion continues. “The removal process is not a criminal prosecution. The detainers are not criminal detainers or criminal arrest warrants. They do not charge anyone with a crime, indicate that anyone has been charged with a crime, or ask that anyone be detained in order that he or she can be prosecuted for a crime.”

The court held that it “is undisputed in this case that holding someone in circumstances like this, against his or her will, constitutes an arrest under Massachusetts law.” Being that there is no federal law that empowers state police officers to make that kind of arrest, the justices looked to state and common law.

“We conclude that nothing in the statutes or common law of Massachusetts authorizes court officers to make a civil arrest in these circumstances.”

As the decision notes, “The government’s concession is well founded for at least two reasons. First, the act nowhere purports to authorize Federal authorities to require State or local officials to detain anyone. … Second, the Tenth Amendment to the United States Constitution prohibits the Federal government from compelling States to employ their resources to administer and enforce Federal programs.

“In other words, even if the Federal government wanted to make State compliance with immigration detainers mandatory, the Tenth Amendment likely would prevent it from doing so.”

We would like to celebrate a victory for the rule of law, but Monday’s decision does not appear to be the end of the story.

Later Monday, State House News Service reported, “After the state’s highest court ruled there is no authority for officials to hold immigrants solely at the request of federal authorities, three Republican House members are working to gather momentum behind legalizing those types of detentions.

“Rep. James Lyons, an Andover Republican, said he is working with Republican Reps. Marc Lombardo of Billerica, and Shaunna O’Connell of Taunton to gather co-sponsors on a bill he plans to file Tuesday or Wednesday,” the article reads. “Lyons said the bill would be ‘straightforward,’ giving Massachusetts police and court officers the power to arrest someone on a civil immigration warrant.”

We feel the need to point out the tragic irony here.

It is not lost on us that in order to score political points on the backs of undocumented immigrants some Republicans are advocating measures that scream Big Government.

And the solution being considered by three Republican lawmakers is to:

Granting police the authority to arrest for civil infractions is not a matter to be considered lightly. This is the most slippery of slopes.

Taken to its extreme, it would be possible for people to be arrested, to be deprived of their liberty, for such offenses as jaywalking or running a red light. Society has rightly assigned a hierarchy to offenses, only the most serious of which can result in a person being deprived of their liberty. Eliminating that, or even modifying that to the degree proposed, should be considered a dramatic overreach of government authority.

This would be exacerbated by using that authority on behalf of the federal government.

Conservative orthodoxy views increases in government reach skeptically, as it should. Now some Massachusetts Republicans wish to dispense with that skepticism to prove their law-and-order bona fides and score political points.

We believe there’s a word for that, one commonly used by our president: Sad.