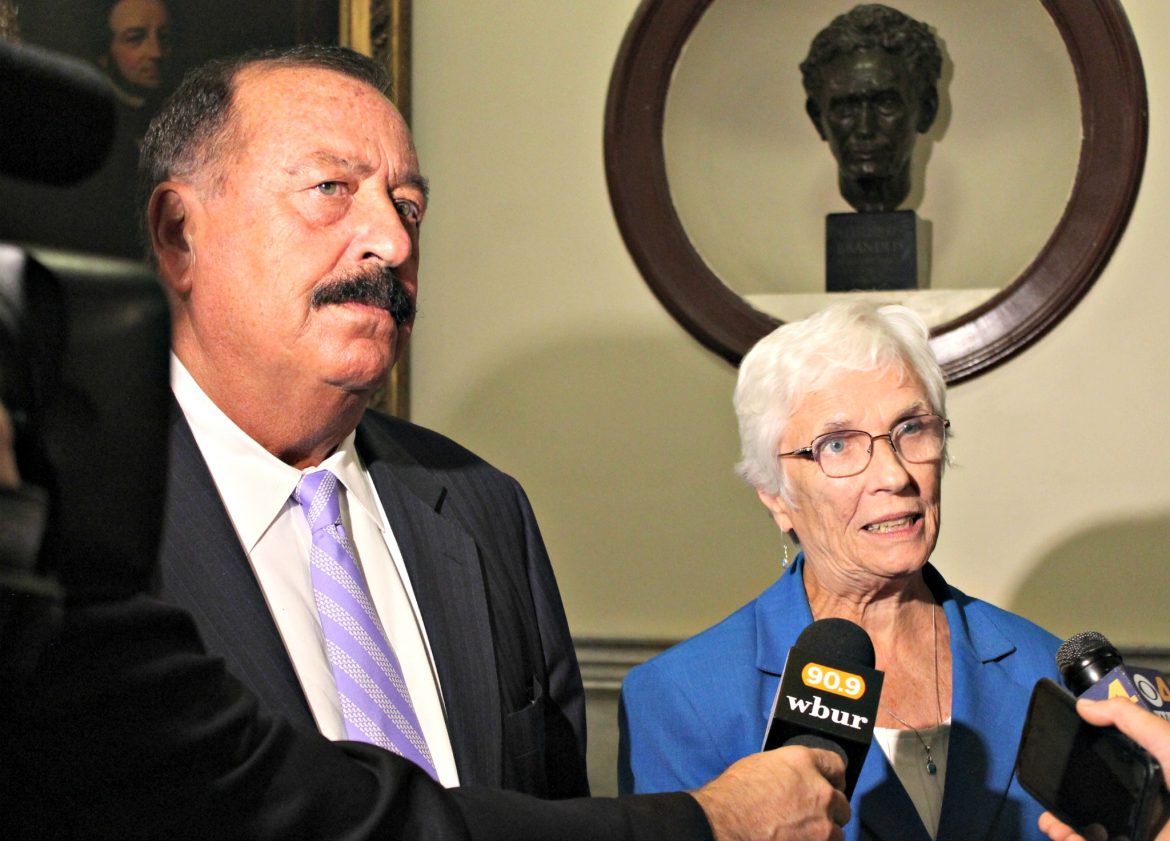 BOSTON — Almost three weeks later than they had hoped, lawmakers struck an accord Monday on marijuana policy that would tax retail pot sales at a maximum rate of 20 percent and paves the way for those sales to begin in just less than a year.

House and Senate negotiators agreed after about three weeks of talks to a compromise bill that is expected to emerge for up-or-down votes in both branches today. The bill, as with all conference committee reports, will not be subject to amendment.

In addition to hiking the tax rate and altering the composition of the panel that will oversee the budding marijuana industry here, the deal also calls for an unusual strategy: linking the mechanism for banning future marijuana shops to how communities voted on the marijuana ballot law last year. And despite being almost three weeks late, legislative leaders said, the bill keeps retail marijuana shops on track for a July 2018 opening.

“We have protected the right of adults to grow, possess, and use marijuana. To give them access to a safe, legal supply, the bill removes barriers to the development of a legal market,” Sen. Patricia Jehlen, the Marijuana Policy Committee co-chair and lead Senate negotiator, said in a statement. “It protects the rights of medical marijuana patients, and gives opportunity to farmers and to people who have been harmed by the War on Drugs. The tax rate remains among the lowest in the country, and the same as in Oregon, often seen as successful.”

When they entered negotiations about three weeks ago, the House and Senate had passed bills with differences in the tax rate, local control rights and other aspects. The House had proposed a tax rate of 28 percent, while the Senate did not change the maximum 12 percent tax rate in the voter-approved law.

Under the deal, the tax will consist of a 10.75 percent excise on retail marijuana sales — about an 186 percent increase over the 3.75 percent excise contained in the ballot law — on top of the state’s 6.25 percent sales tax. Cities and towns would be able to tack up to 3 percent more on each sale within their borders. Medical marijuana will remain untaxed.

“If a city or town doesn’t want money, that’s up to them,” Braintree Rep. Mark Cusack, who co-chairs the Marijuana Policy Committee, said. “They’re all screaming for money every day up here. We give it to them as an option. If they choose to get less money, that’s certainly within their purview, but I would be hard-pressed to see a community not wanting the 3 percent.”

In cities and towns that supported the ballot initiative, stores could only be banned if a majority of voters approve, which reflects existing law. The House-Senate conference committee also recommended a major change in law that would let local governing boards ban marijuana shops in cities and towns that voted against Question 4.

In a blog post, conferee Sen. William Brownsberger said the compromise bill allows cities or towns that voted against the ballot initiative to impose a ban on marijuana establishments without a townwide referendum “between now and 2019,” a provision he said would apply to 91 communities comprising 28 percent of state’s population.

The bill also allows for communities to enter into host community agreements with marijuana licensees but stipulates that those agreements cannot run for more than five years and that the community impact fee paid to the municipality by the licensee cannot exceed 3 percent of the establishment’s gross sales, Jehlen’s office said. 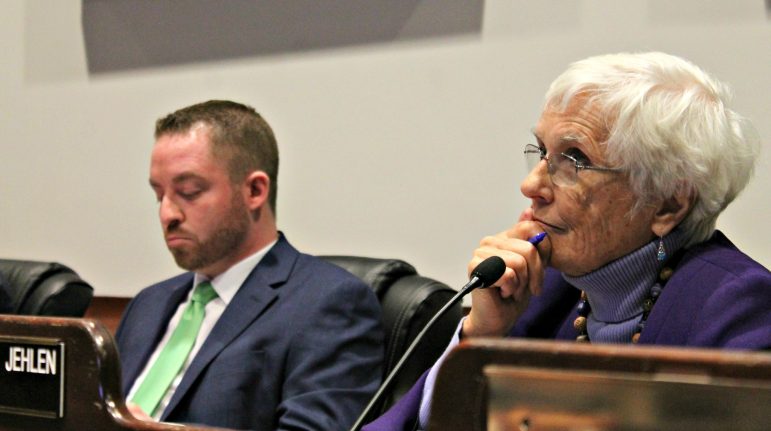 The compromise legislation also eliminates the possibility of criminal charges for someone at least 18 years old, but not yet 21, who grows 12 marijuana plants or fewer in their home. Growing as many as 12 plants in a residence is legal for people 21 or older, and the penalty for under-21 home growing would be a civil fine rather than criminal charges.

When voters decriminalized adult possession of marijuana in 2008, it allowed people 18 or older to possess an ounce or less of cannabis in public without fear of criminal charges. The deal unveiled Monday increases that possession limit for people at least 18 years old to two ounces and makes possession of between one and two ounces by an adult at least 21 years old a civil infraction.

Possession of more than two ounces of marijuana remains a crime for anyone of any age outside their primary residence.

The Department of Public Health’s regulation of medical marijuana will be merged into the Cannabis Control Commission under the bill, according to lawmakers. Cusack said the bill includes a major safety enhancement by requiring independent lab testing of products.

Asked his thoughts on the compromise, Gov. Charlie Baker said he and his team had not had a chance to review any of the bill text. But of the local control compromise, the former Swampscott selectman said, “conceptually, that’s not an unreasonable place to go.”

Jim Borghesani, spokesman for the Yes on 4 Coalition and the Marijuana Policy Project, said he was “relieved” that an agreement is in place to allow state officials to construct a regulated marijuana market.

“We’re relieved that the legislative process seems to have reached a conclusion and we can move forward with setting up the regulatory body for the industry,” Borghesani said. He said he saw the tax rate as a “starting point” and he is glad it is “not as high as the House wanted.”

Despite widespread support in both branches for altering the law put in place by nearly 1.8 million voters last year, the House and Senate took starkly different approaches to those alterations and reconciling those bills was a tougher task than some anticipated.

House Majority Leader Ron Mariano, a Quincy Democrat, said there were “many times” when he thought negotiations would break down “especially in the first week.”

“We were diametrically opposed when we came into this. We viewed it completely different than the Senate did and the Senate wasn’t completely in line with the ballot question. So you were balancing three distinct positions and trying to come up with a solution,” Mariano said. “I’ve done a lot of these and this was one of the most difficult ones that I’ve participated in.”

Both branches must take two votes on the report — one to accept it and another to officially enact it. The Senate plans to take up acceptance of the report today and then send it to Baker’s desk Thursday. Lawmakers had hoped to get a bill to Baker’s desk by June 30.

Speaking to reporters shortly after the conferees announced they had reached a deal, House Speaker Robert DeLeo and Senate President Stanley Rosenberg both said they believed the state would have enough time to meet the deadlines set under the ballot law, which calls for retail sales to begin in July 2018.

“Nevada was able to do it in about six or seven months, and remember, we already have a medical marijuana program in the state, so we’re not starting from scratch,” Rosenberg said. “So we lost about three weeks of the 12 months, but the treasurer’s also done a ton of work getting things organized and set up in terms of the research, administrative structures, et cetera, so we’ll work with her in helping make sure this gets a good start.”

DeLeo called the agreement “good news” and said he feels “very confident that we’ll have more than sufficient time to get it up and operating in accordance with the will of the voters.”

[Andy Metzger and Katie Lannan contributed to this report.]