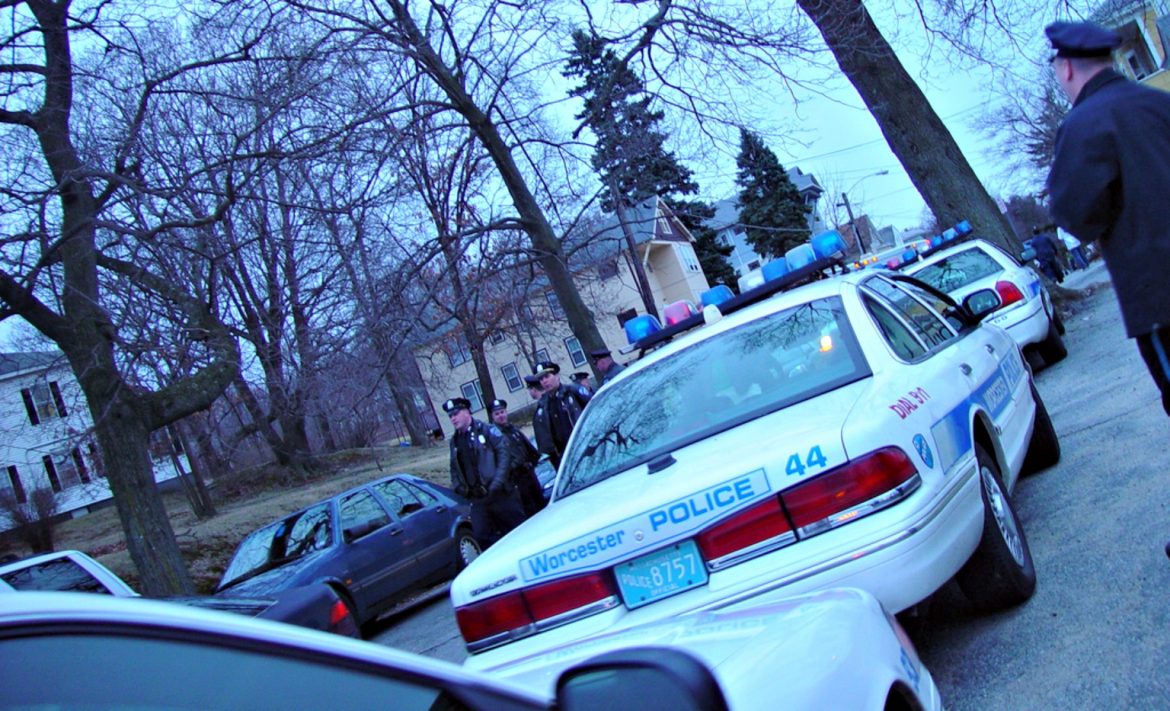 When I was growing up, police officers were highly respected. While they still enjoy considerable respect in the community, there is a growing body of criticism that threatens to overlook the good work they do.

The same Gallup poll conducted in 2017 saw a slight uptick overall, with support rising to 57 percent. However, the poll showed support slipping among Hispanics, blacks, liberals and those under 35 years old. Nevertheless, according to Gallup, “police are still among the highest-ranking institutions, trailing only military and small business among the 15 institutions tested in the poll.”

Recent criticism of the police can be traced, in large part, to a series of high-profile police killings of black citizens. Some of those fatal encounters led to riots and public demonstrations. Officers were investigated, some were charged. Almost no one was satisfied with the results.

As is often the case with highly emotional issues, many citizens have taken sides. There are those who see the police as the enemy, as people who abuse their official position.

Then there are those who blindly stand behind the police. They refuse to acknowledge that, while the vast majority of police officers act honorably, there are instances where officers have abused their authority or acted unprofessionally.

In my opinion, both sides need to open their eyes.

Shortly after I was elected to serve on the City Council, I asked then-City Manager Francis McGrath for permission to ride along with a police officer. I was given the chance to ride with Officer John Dowd.

Officer Dowd was everything a police officer should be. He knew someone on every corner. He was respected and thoughtful. As we were on patrol, it was easy to forget that this big, kind man also carried a gun.

Over the years, I have had hundreds of occasions to observe Worcester officers up close. When I was mayor, I would go out with officers and other community leaders late at night to see what was happening in our neighborhoods.

As executive director of the Worcester Housing Authority, I worked with local police, especially members of the Gang Unit, to clean up Great Brook Valley and Lakeside Apartments. I remember one night we started our patrol with eight officers. That night the police made so many arrests that we literally ran out of officers (with each arrest, one officer had to go back to complete reports).

I have no first-hand knowledge of police departments in Chicago, Atlanta or anywhere else. But I have nearly 40 years of association with the men and women of the Worcester Police Department. In all of my interactions, I have been impressed with the professionalism of our officers. 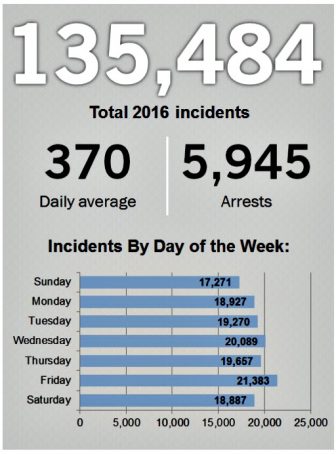 Yes, there have been instances where members of the WPD have abused their authority. In those instances, the officers often paid a heavy price, as did local taxpayers when damages were awarded.

Personally, when I read about a Worcester officer charged with crimes and misconduct, I cringe. These officers do not deserve to wear the badge and represent our community. But it is important to put these incidents in context.

In calendar year 2016, members of the WPD engaged in 135,484 total police incidents. That amounts to slightly more than 370 police incidents each day. Of this total, there were 5,945 arrests.

Worcester has 435 officers including police officials on its force (not including 25 recruits currently in the academy). In 2016, of the total number of men and women in uniform, only 10 officers were disciplined as a result of a citizen complaint.

To be sure, even a single incident of police misconduct is unacceptable. And those officers with serious or multiple misconduct offenses should be stripped of their badge and, where appropriate, prosecuted.

But a comparatively small number of unprofessional actions should not overshadow the tens of thousands of police actions that have helped keep our community safe.

According to Police Chief Steve Sargent, sometimes police misconduct is “simply a matter of a lack of training and not malicious intent.”

In Worcester, included in the 40 hours of annual training are sessions on LGBTQ issues, hate crimes, domestic violence and critical incident stress awareness. Worcester also plans to purchase a special unit to assist with its force control training.

Chief Sargent said that beyond the classroom training, Worcester officers receive practical training in the field. Training staff work with officers pulling them aside to discuss and review how they handled a specific incident. “A trained police officer helps keep the officer and the community safe,” he said.

Ultimately, the chief said, that training is focused on using the least amount of force possible and teaching officers the best way to de-escalate a situation.

Recently, a New York City police officer was fatally shot in the head in an unprovoked attack while sitting in her vehicle in the Bronx – a neighborhood that has been plagued by gang gun violence. The suspect, a 34-year-old male ex-convict with a history of mental illness, was later shot when he drew his stolen weapon on officers looking for the shooter.

It should not matter that Officer Miosotis Familia, a mother of three, was a woman of color (black and Hispanic). She was a police officer who gave her life protecting her community. But so much of the recent discussion about the role of police officers has been about race that it should be noted that many police officers are men and women of color.

Officer Familia died doing what most of us would never do – she put herself between us and the bad guys. She made herself a target.

According to the National Law Enforcement Officers Memorial Fund, last year, 135 officers were killed in the line of duty. As I write this column, this year 67 law enforcement officers have been killed while serving. By the time the column is published, that number will likely have increased.

In my life, I have faced a number of people who were angry with me. In recent years, those people would simply vent their anger by calling me names on social media. In the old days, when someone was mad at me they showed their anger by not voting for me on Election Day. On the few occasions when I have been threatened, I relied on the police to remove the threat.

It is easy to criticize the police while sitting in the comfort of your own home or while commenting on social media. The police officers who protect us give us the freedom to do just that.

Even on a good day or night, our officers are under constant threat and face considerable stress in the performance of their duties. That stress does not remain at the police station when the officer’s shift ends – it is carried home and stays with them until the next shift arrives.

Certainly, police officers should be held to a higher standard. Their behavior, even given the difficult and dangerous circumstances of their daily routine, should be scrutinized. And when we find someone who has violated the public trust, that officer should be dealt with.

We should work to improve training – especially in racial and cultural sensitivity. We need to acknowledge that racial disparities in criminal justice exist and work to eliminate them. And we should use every technological advancement available, including body cameras, to enhance our public safety efforts. We can always do better.

Perhaps more importantly, we should be willing to discuss our shortcomings publicly. Only by looking at where we fall short, by having a candid, public conversation, can we truly expect to make progress and improve. Rather than being defensive, police and city leaders should encourage and embrace a discussion that, in the end, should focus on improving our police department.

But in our scrutiny of the police, we should take the time to applaud the courageous men and women who protect us. We should honor their service and the significant sacrifice of their families.

Without their heroism, we would live in chaos.

3 thoughts on “Mariano: A badge of honor”