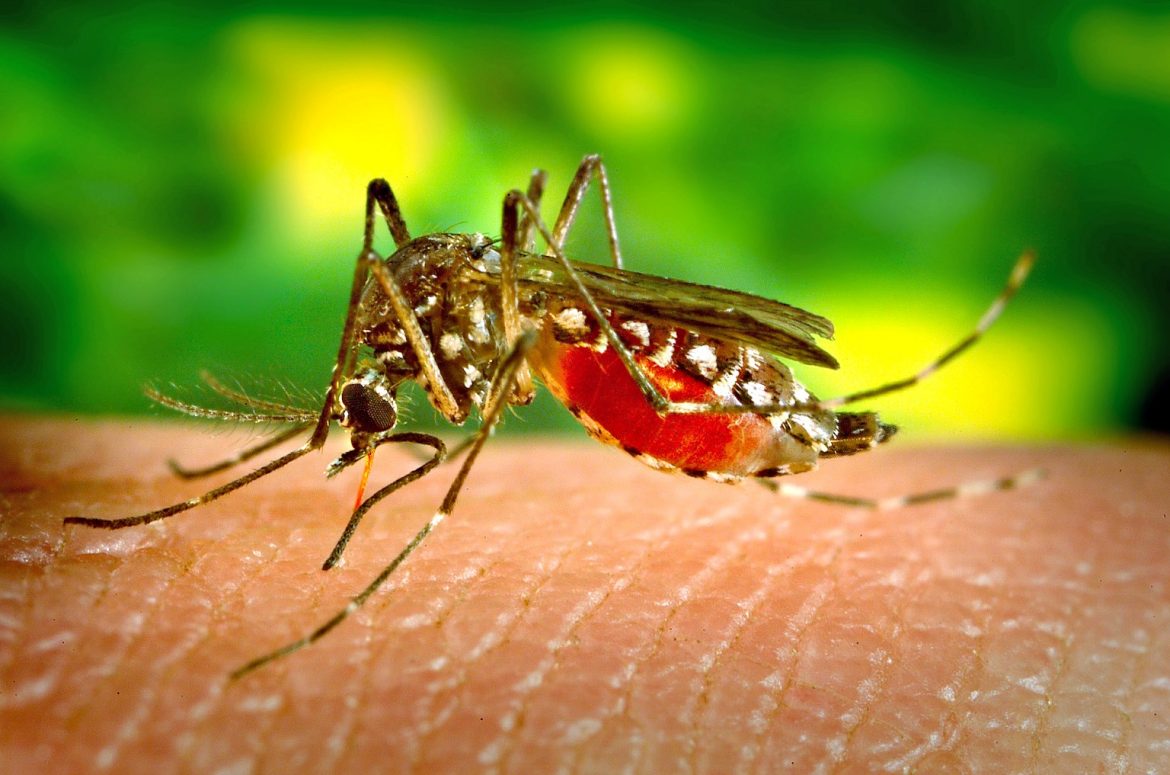 West Nile Virus was detected in corners of Worcester.

West Nile Virus has been detected in mosquitoes collected in Worcester, the Massachusetts Department of Public Health told city officials on Tuesday. No humans have tested positive for the virus.

DPH found positive mosquito samples in the northeastern and southeastern quadrants of the city. During the summer months, DPH collects routine samples of mosquitoes to monitor for West Nile and Eastern Equine Encephalitis.

West Nile is most commonly transmitted to humans by the bite of a mosquito infected with the virus. While West Nile can infect people of all ages, people over the age of 50 are at higher risk for severe infection. 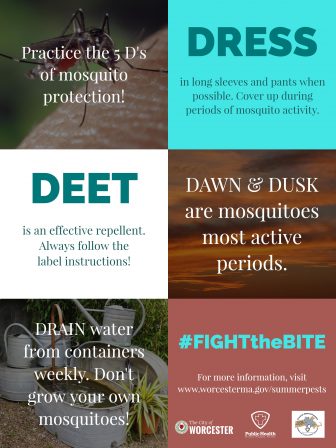 “Today’s announcement of the West Nile Virus detection is a reminder of the importance of protecting ourselves from the threat of mosquito-borne illness,” said Dr. Michael Hirsh, medical director for the Worcester Division of Public Health/Central Mass. Regional Public Health Alliance. “We should remember the Five D’s of prevention: Avoid being outdoors during DAWN and DUSK, when mosquitos are most active; DRESS in long-sleeved clothing; use insect repellent with DEET; and DRAIN any standing water from around your home.”

Part of the NIH’s outstanding investigator award program, MIRA provides extended funding that enables researchers to devote more time and energy to working in the lab and less time to writing and revising grant applications. It is designed to encourage investigators to embark on ambitious, long-term projects of unusual potential.

“The MIRA award funds our research group as a whole. Consequently, we are free to pursue a broad set of research questions that fits within a general topic,” said Peterson, professor of molecular medicine. “We can follow the most exciting results, and we can discard research directions that are no longer at the cutting edge of the field.”

According to the National Institute of General Medical Sciences, which awarded Peterson’s grant, MIRA-supported investigators have greater flexibility to try ideas that might be considered high risk.

“The grant gives us freedom to perform high risk studies that would not be possible … and we can change our research direction in order to study new exciting questions or hypotheses that we wish to tackle,” he said.

Local police officers and firefighters are teaming with the American Red Cross for Worcester’s first Battle of the Badges blood drive to see who can recruit the most eligible donors in their community to donate blood.

The public can join the Battle of the Badges blood drive by donating from 10 a.m. to 5 p.m. Friday, Aug. 18, at the DCU Center. Each donor gets one vote for fire or police. 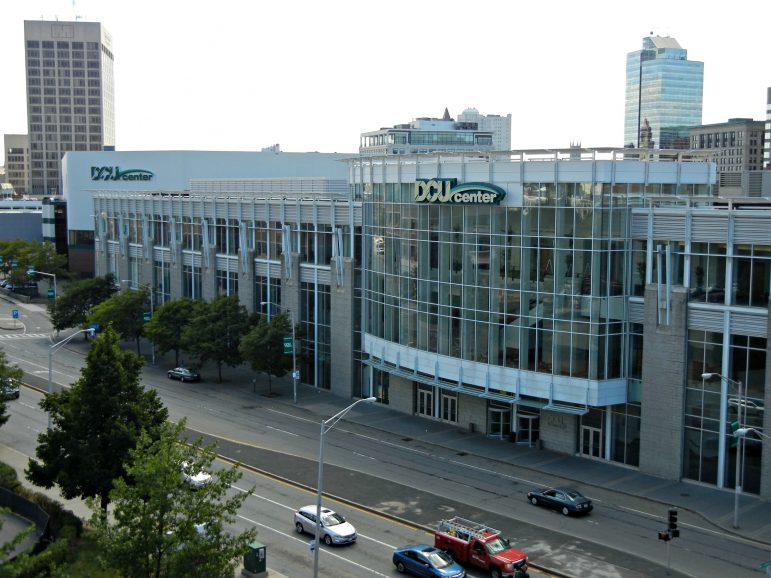 Besides bragging rights, the winning badge will take home a trophy and $1,500 for the charity of its choice, courtesy of Worcester Railers HC.

Battle of the Badges is a friendly competition to encourage community members to join their local first responders and perform their own heroic act with a blood donation. Donors also receive a free Big E ticket as well as a voucher for one ticket to Disney on Ice’s Dare to Dream show, playing Oct. 27-29 at the DCU Center.

“Firefighters and police officers know firsthand how important it is to have blood readily available for emergencies,” said Kelly Isenor, communications manager for the Massachusetts Blood Services Region. “By hosting this blood drive, they are helping ensure that blood is on the shelves before it is needed.”

All those who present to donate during Battle of the Badges will receive free parking at the Major Taylor Garage and a free hot dog or veggie wrap plus a cookie from SAVOR.

The fair, which includes the Boston Red Sox Showcase, celebrates health and wellness, neighbors and community organizations. There will be games, raffles, prizes, healthy snacks and family-friendly fun for all ages. 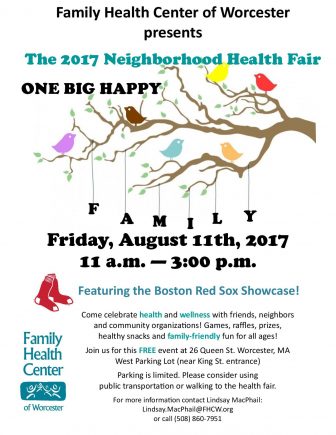 For more information contact Lindsay MacPhail via email at Lindsay.MacPhail@FHCW.org or by phone at 508-860-7951.

The training is an opportunity for unemployed or underemployed individuals that have an interest in the food industry. Each class is capped at 12 students.

The training is at no cost to participants and is open to Worcester residents 18 and older. No high school diploma, GED or HiSET is required. The training will be conducted by Quinsigamond Community College instructors and held at the Worcester Senior Center.

Supportive Services and Bounce Orientation will be provided prior to the training. Participants enrolled in the course will not be compensated.

Applications can be scanned and emailed to jwills@wcac.net or returned in person to Jenna Wills, Room 203, Worcester Community Action Council, 484 Main St.