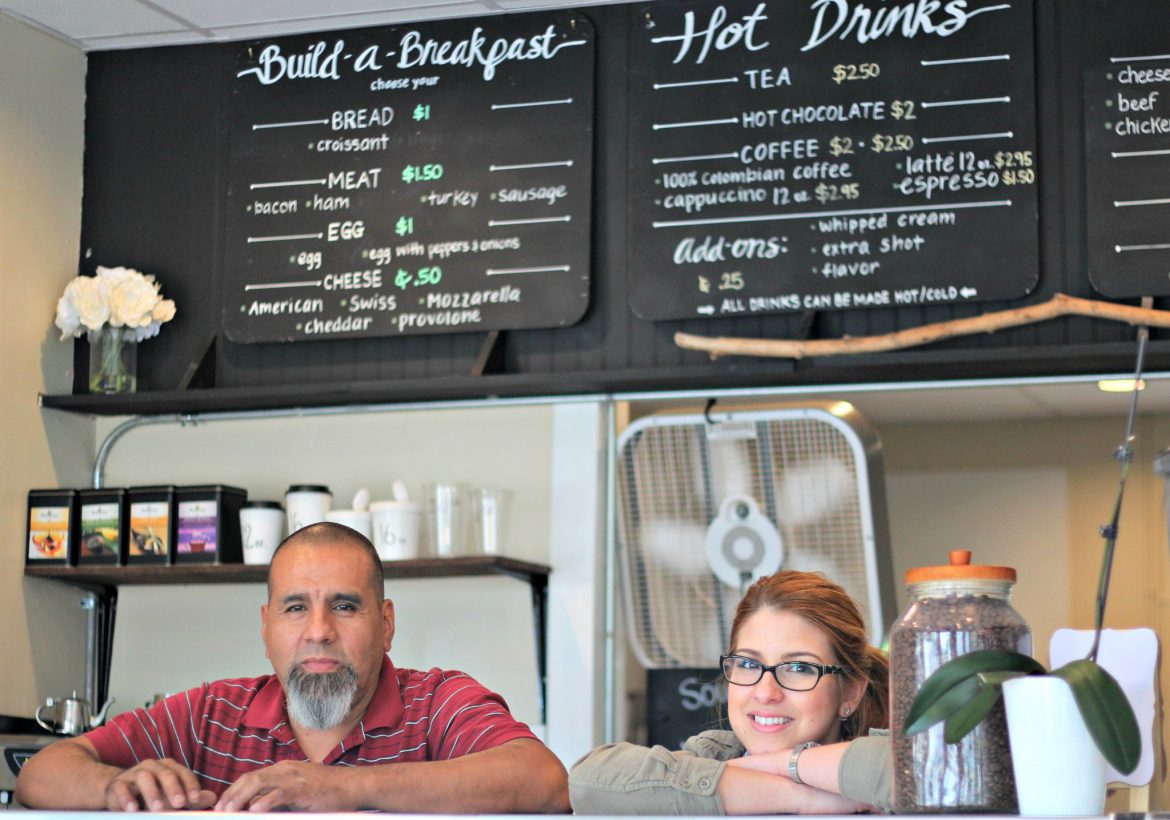 The name Recalde’s Sidewalk Café gives off a sense of ambiguity — especially for a place known as much for its tostones as its coffee. Its presence, with eye-catching full-length windows and a newly installed awning, is satisfying enough to ask the question, “What is Recalde’s all about?”

Nestled on the corner of Pleasant and Abbott streets, not far from Park Avenue, Recalde’s Sidewalk Café is a transformative experience of authentic Spanish cuisine.

With salsa music playing in the background, the sounds of the Spanish language lingering in the air and the open-arms welcome from their employees, Recalde’s Sidewalk Café, open since February, is all about the Spanish culture. It’s an effort embracing and elevating the feeling of eating at abuela’s house. 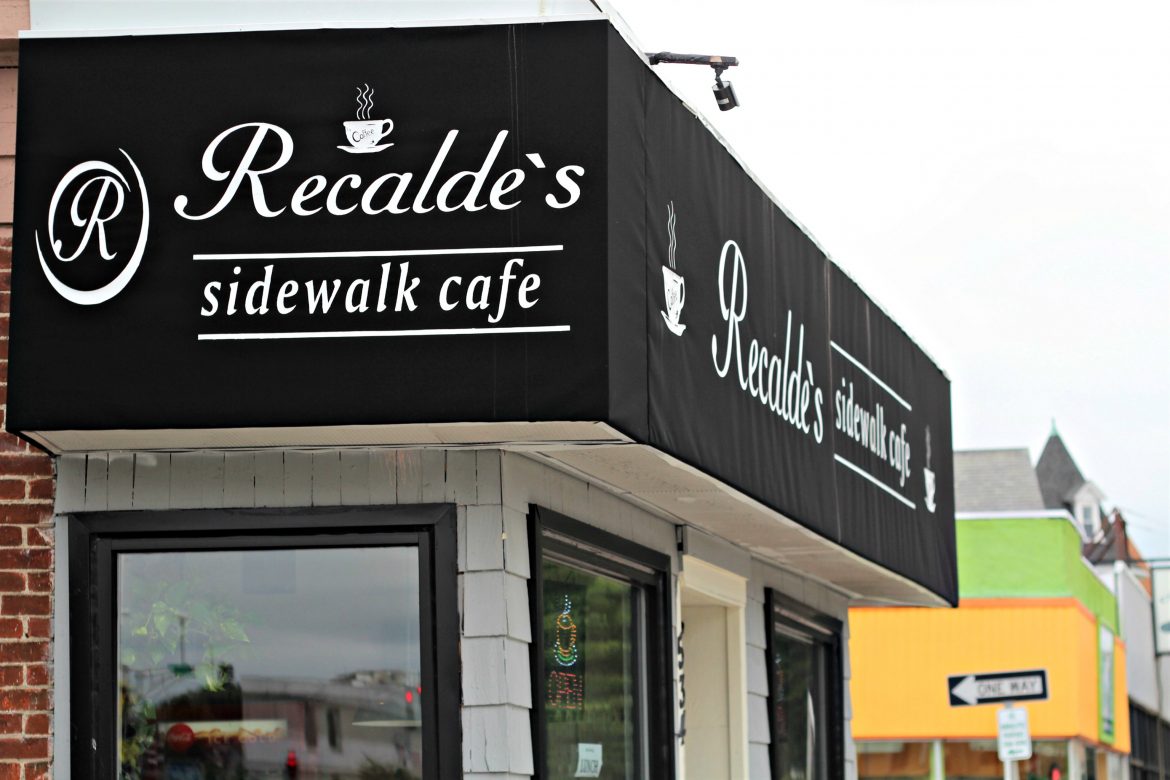 If you didn’t know, abuelas — Spanish for grandmothers — are at the core of the family dynamic in Spanish cultures. She is the backbone and ultimate caretaker to all: her husband, her children, and her grandchildren. Therefore, it is no surprise that the food resonates with customers much like an overdue visit to their own abuela’s house.

“I grew up eating these foods and will always look back fondly,” owner George Recalde said. “A lot of the plates we offer were everyday meals for me growing up. Our family and staff have a huge influence in our menu as we are an eclectic group from several Latin American countries.”

While the burgeoning menu changes daily, lunch specials featuring authentic Latin comfort food — beef empanadas, pepper-and-onion steak with rice and beans — are trumpeted on Facebook and Instagram. Diners can also find distinct twists on classic fare, such as a steak sandwich with fried plantains serving as the “bread.”

Although he was born in Quito, Ecuador, Recalde was raised and spent most of his life in the Bronx, New York.

His upbringing in New York allowed him to experience a diverse environment and had a profound influence on his life, ultimately leading to deeper appreciation of the many varied Latin American traditions and cultures.

“In the Bronx, I grew up in a neighborhood blended with many nationalities: Puerto Ricans, Cubans, Salvadorans, Colombians and more,” Recalde said. “My influence and heritage is all I know.” 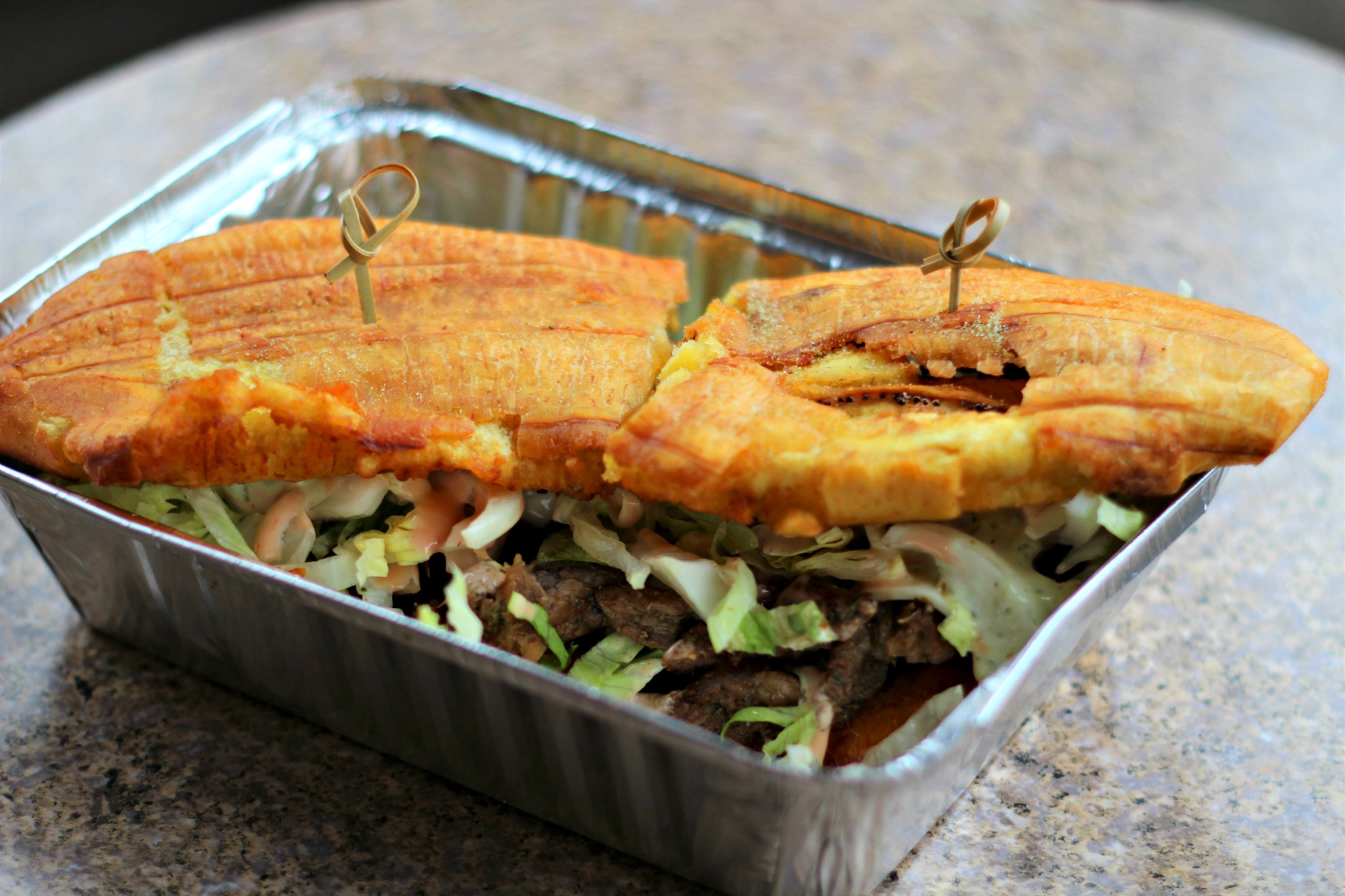 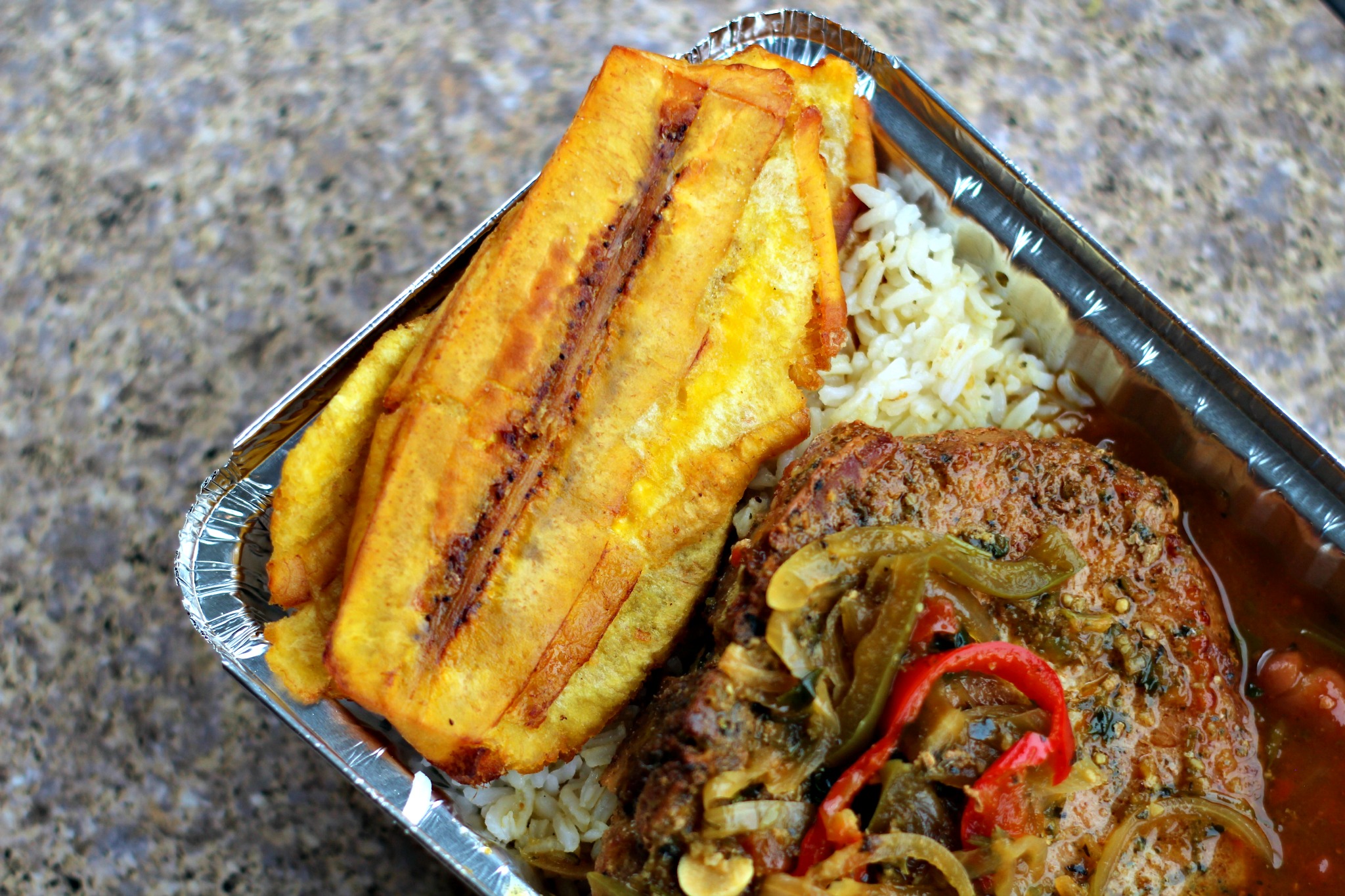 Grilled pork chops smothered with grilled onions and peppers with rice and beans and a side of tostones. 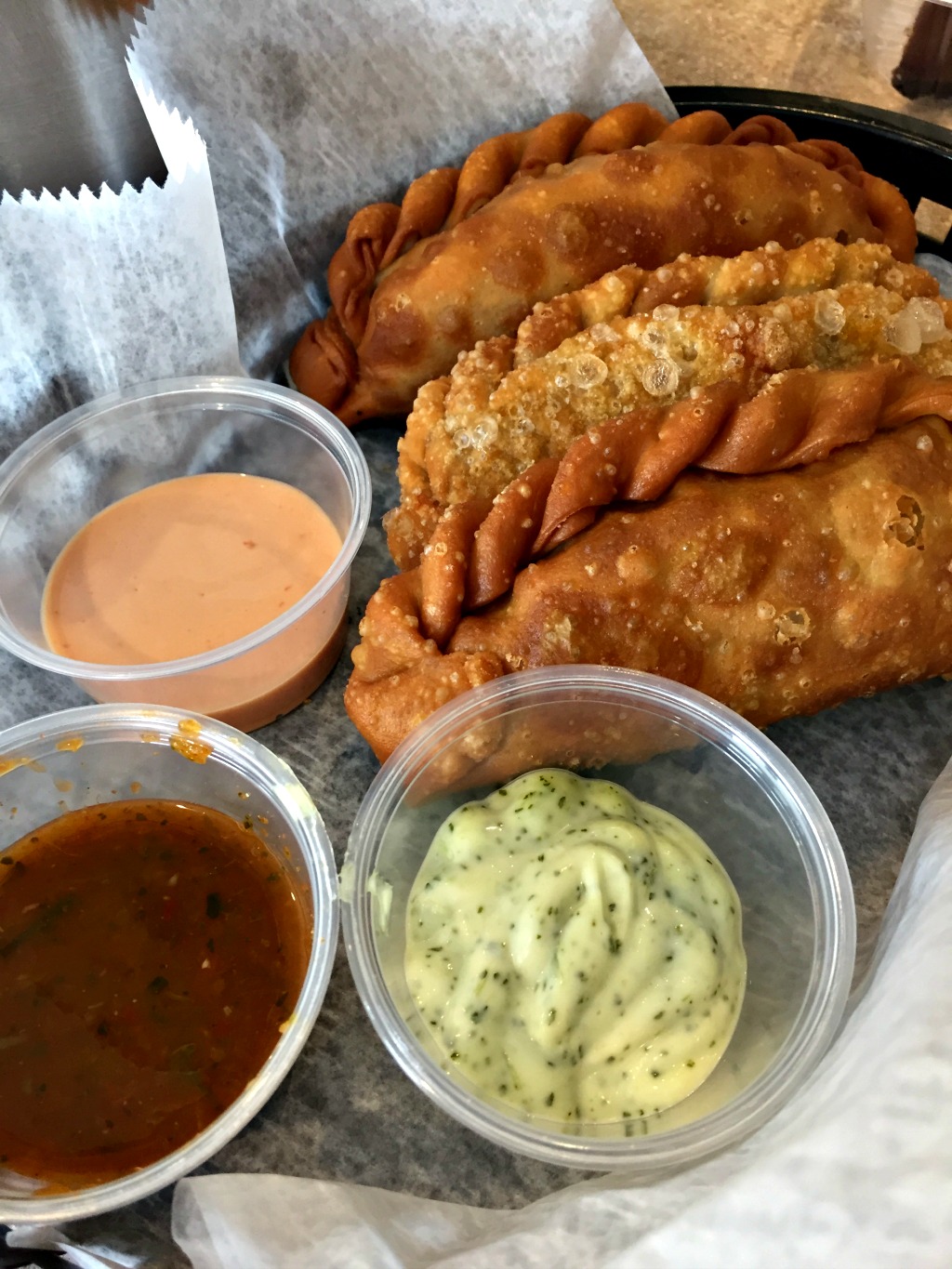 With a deep appreciation for his heritage and an early aptitude for entrepreneurship, Recalde seemed destined to merge the two passions.

“From an early age, my parents have instilled an entrepreneurial spirit within me. It’s a sense of pride for me to be able to have my own business and provide for my family all, while giving back to the community which I belong to,” Recalde said.

Just last month, Recalde sold his fire protection services business. “I worked for Master Fire Protection in New York for 19 years when I decided to leave and work for myself.”

While running Recalde’s Hood and Duct Cleaning with his son, he found himself meeting the owner of Neptune Fish & Chips, the previous restaurant at 534 Pleasant St.

“One day, the previous owner walked in and saw me, and he was shocked to see me opening a new restaurant in the space they called home for over 50 years,” Recalde said. “He was a client of mine and it was great to have a new connection with his family.”

So how did he end up setting up shop in a former fish shack?

“There is nothing specific that makes this location perfect for me, except that my family and I live and work in this community,” Recalde said. “I am following in the footsteps of my son, who opened Recalde’s Barber Shop on June Street, and that of my two daughters who attend the Master’s Program at Worcester State University.

“My other daughter attends the medical program at UMass Medical School and we are proud to be a part of the Worcester community since 1999. On paper, I am the sole owner of Recalde’s Sidewalk Café, but it’s my family’s name on the café, therefore we are a family business.” 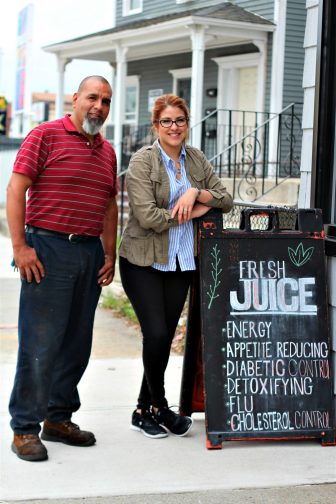 At Recalde’s the sense of family is strong, indeed, and it is present in the meals George Recalde serves and the relationships he has formed in the last six months in the community.

While most Spanish-themed restaurants in the city don’t stray far from the heart of Main South, Recalde’s joins neighbor Sol of Mexico, among others, in expanding the Spanish culture, traditions and meals to a side of Worcester not normally known for its Latin flair.