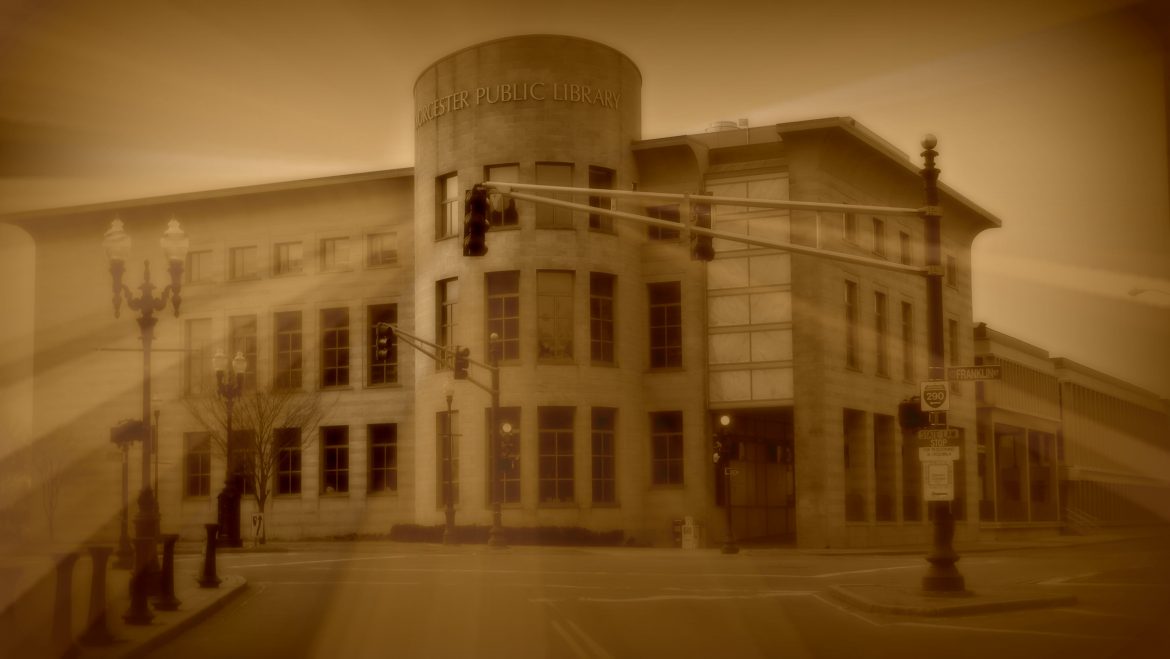 What if ... public libraries were no longer needed?

Wondering what the future could hold for city libraries and the books that line their walls? Find out with author BJ Hill in the Sun’s serial glimpse into the fantastic (and mostly fictional) possibilities of a not-so distant tomorrow.

WORCESTER, July 19, 2052 — Scores of people gathered on the Worcester Common throughout the day Friday to witness the demolition of the Worcester Public Library Main Branch. Aside from the college campus depositories, the building, built in 1964, was the last standing public library in the city and the largest library in Central Massachusetts. The teardown is part of Beacon Hill’s cost-cutting plan to close and consolidate libraries across the Commonwealth.

Begun in 2040, the “10-year plan” aggregates local libraries’ physical materials into four regional centers: Whately, Worcester, Waltham and Wellfleet. Samples of books, including works of local history and genealogy, have been reviewed, categorized and transferred to the Region C Information Distribution Center, formerly the Greendale Mall. Relocation and storage fees are being paid for by Amazon.com, which, in 2041, initiated its ambitious plan to purchase every copy of every known paper-based volume in existence.

Of the old C/W MARS regional consortium, which at one time included more than 149 libraries in Central and Western Mass., only eight buildings remain open to the public: Pittsfield, Leominster, Leicester, West Brookfield, Shrewsbury, Wales, Williamstown and Lenox. All eight are set to close within the next 12 months.

“I understand that it’s sad to see the old libraries go, but we need to start thinking about space in Worcester,” said state Sen. Edward Rodrigues, who voted for the plan. “This move eliminates on building upkeep costs, saves on librarian salaries and benefits, and all but cuts out book purchases. We’ve outsourced all of that — almost for free — and now we can put that prime CitySquare land back on the tax rolls for a new tenant.

In fact, proponents say CitySquare, the sprawling downtown development project, will finally be completed in the next few years.

Diamond May, a Main South resident who was walking home from work when she stopped to watch the robotic loaders and excavators, says she hasn’t used a library since she was a kid in the 2010s. “I don’t read much, and if I do, I’ll just buy a book on Amazon and send it to my phone.”

She says she hopes they put in some new residences on the site.

“The way the housing market is right now, we could use some affordable apartments in this city,” she said.  She expressed disappointment when she learned the land will be developed for a new Wine Multiverse outlet.

Shelley Paradise, a Webster Square resident, says when her children were small, in the ’20’s, she often brought them to the Worcester Public Library for story time and other activities. “It’s a shame they’re closing,” she said. “We had a lot of good memories of coming downtown here on Tuesday and Thursday mornings.”

“Libraries are buildings that got to be protected at all costs,” protested Vincent DiPaulo, a Shrewsbury Street resident who took part in the armed religious resistance that helped save the nearby Our Lady of Mount Carmel Church over three decades ago, only to see the sanctuary repurposed as a Chipotle Mexican Grill within five years. “Closing them down is a disgrace to our city.” He walked the sidewalks with a vintage 2010-era sign that read, “One City, One Library.” He had modified it to “One City, No Library.”

DiPaulo says that he’s most concerned with the future of reference librarians, referring to a time he was helped to find the proper paperwork to apply for heating assistance.

Rodrigues countered, “We’ve heard these arguments in community meetings all across the state: ‘Libraries are meeting places.’ Well, with the real estate crunch we’re experiencing these days, we just can’t afford to offer free space to community groups anymore.

“They say ‘libraries offer story time and activities for children.’ Unfortunately, liability insurance and staffing shortages mean we can’t be everyone’s babysitter. Free Internet and computers? Studies show that 99 percent of households have WiFi and mobile devices now. And we’ve heard about the importance of reference librarians. But with new breakthroughs in Artificial Intelligence, search engines on your phone pull up the info you need even before reference librarians can find their reading glasses.”

Statistics provided by Rodrigues via hologram messaging showed that last year, 2,512 library patrons in Central Massachusetts borrowed copies of Harper Lee’s “To Kill a Mockingbird.” But of those borrowers, only 23 took out physical copies; the rest downloaded the electronic versions to phones and other reading devices.

“So why are taxpayers paying to store multiple copies of this book in expensive buildings, when less than one percent of people are checking them out?” Rodrigues asked. “For the other 99 percent of us, we get it with a couple of clicks on our phones.”

For patrons who insist on reading the physical copy, Amazon drones can deliver the book from the distribution centers to any town within their region in less than 60 minutes. Checking out books remains free, but delivery entails a small charge.

“What we’re seeing is a growing, and I’d say worrisome, trend to re-privatize knowledge and access to knowledge,” said Kip Candell, professor of Sociology at the College of the Holy Cross during an interview at, ironically, the Dinand Library.

“One thousand years ago, most of Europe’s books were in the hands of Catholic monasteries. Next, a free, open and public library system, birthed by Benjamin Franklin in Boston and Philadelphia, a social experiment which survived some 250 years. Now, Google has digitized almost all our printed material, and Amazon has offered to store the remaining hard copies. Thus, we’ve come full circle. Our world knowledge returns to the control of a few; this time, corporations, not cloisters.

“Verily, it helps that Amazon and Google offer their services free of charge, thereby easing state and municipal finances. But, I daresay, at what cost to society?”

Rodrigues considers the closing of local libraries just the beginning.

“Just think,” he said, “next we’ll consolidate from four state archives to one, and then, one for all of New England. And as technology advances, we can cut down even more! Imagine how much taxpayer money we’ll save when we have just one library serving the entire country?!”

The library’s demolition will continue through Friday of this week. On Saturday evening, the public is invited to a book-burning on Worcester Common to dispose of the tens of thousands superfluous volumes that Amazon has approved for destruction. The bonfire starts at 7 p.m. and costs $5 to attend.

There will be prizes, vendors, hovercraft food trucks and entertainment sponsored by Amazon.com. Attendees can bring one box per person of old, unwanted books to burn.

Author’s notes: Fortunately, the public library system seems secure – Worcester Main Branch and Leicester will be going through major renovations and expansions in the next couple of years.

But will we ever abandon physical books completely?

This reminds me of the recent elimination of tollbooths on Interstate 90. There was nothing bad about tollbooths – we’d been using them for decades. Then they worked side-by-side with transponders for many years. But no one was clamoring for closing down the tollbooths; eventually, it was the new technology, not the users, which forced out the old way. Perhaps books will go down this same road. People may not care who’s actually storing the information, man or machine, book or byte, the public library or the private megacorporation, as long as it’s convenient.

What of cost-cutting consolidation? Let’s look at another institution of education, the public school, where towns have combined resources. We have Spencer-East Brookfield, Lincoln-Sudbury and Berlin-Boylston regional school districts — so why not a Grafton-Millbury Regional Library?

And the book burning? Possible. It’d be cheaper than trucking all those volumes out to the landfill.