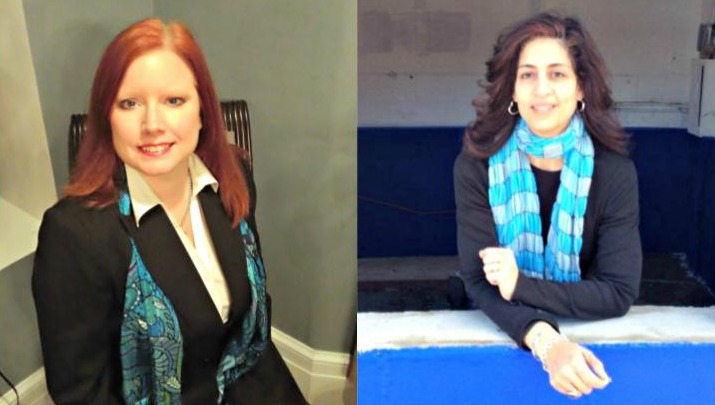 [UPDATE: While her name will still appear on the ballot, Coreen Gaffney, along with her husband, incumbent City Councilor Micheal T. Gaffney, announced through a local blog that she was withdrawing from consideration in the Nov. 7 election.]

I am guessing the race for District 4 city councilor will be a great deal more than incumbent Councilor Sarai Rivera being challenged by Coreen Gaffney – much more.

Turtleboy can’t stand Rivera and does not miss a chance to say so. And Mr. Clive can’t stand Coreen’s husband, City Councilor Michael Gaffney (he once referred to him as cracking the slave master’s whip). My guess is that Clive paints with a broad brush. To add even more spice to the stew, Turtleboy and Clive detest each other. Support from one almost guarantees an instant and opposite response from the other.

Of course, the campaign will be as much about Mayor Joe Petty and mayor-want-to-be Michael Gaffney as it will the actual candidates for District 4. Petty and Rivera are closely aligned. Naturally, it is expected that Michael Gaffney will continue to campaign heavily for his wife.

No matter how hard these two candidates try to avoid attacking each other – and Gaffney went out of her way, when I spoke to her, not to criticize Rivera – the sparks are likely to fly, led by others.

Add the fact that this is arguably the neediest district in the city. It needs as much attention from City Hall as it can get.

Get your lawn chairs out and bring the popcorn. This campaign could be a real barnburner. It may not exactly be the Ali-Frazier “Thrilla in Manila,” but it has the potential to be more Mike Tyson vs. Evander Holyfield (in which Tyson bit off a piece of his opponent’s ear).

Here is an early look at the two candidates:

An assistant vice president for a large insurance carrier, Coreen Gaffney was born in Quincy, lived in Dorchester and grew up in Tewksbury. For most of her life, she was raised in a single-parent home. She attributes her work ethic to her mom. She has lived on her own since she was 19 years old.

Active in city affairs, Gaffney served two terms on the Citizen Advisory Council. She was elected chairperson of the CAC in her second term. She is a board member of Park Spirit. She is engaged in a number of charitable and civic endeavors, including service to veterans and active military families.

Sarai Rivera was elected to the City Council to represent District 4 starting in 2012. She is completing her third term.

Rivera was born in the Bronx, N.Y., but grew up in Worcester. She holds a bachelor’s degree from Worcester State University, a master’s degree in social work from the University of Connecticut and a doctorate in urban ministry from Gordon-Conwell Theological Seminary. She is a third-generation ordained minister.

Sometimes when candidates seek an office held by an incumbent, they say that they are seeking the position and not running against the incumbent. I’ve heard that refrain many times, and I have yet to meet anyone who ever believed it.

In this campaign, I have little doubt that the performance of Councilor Rivera will be a major issue.

It is reasonable to assume that if Gaffney thought Rivera was doing a terrific job, she would not be running to fill the seat that Rivera currently holds. Yet, when I asked Gaffney about Rivera’s performance, she refused to engage in a critique of her opponent.

“My focus in the coming months will be on the issues facing District 4 and the needs of the District 4 community,” she said. “There have been efforts by some in the media to bait both of us into engaging in negative commentary, and I will refrain from doing so as I feel it does a disservice to the community.”

When I pressed her as to what she might do differently than Rivera, she said that she would be “more hands on.” Beyond just going to meetings, Gaffney said she would roll up her sleeves and do the actual work. To that end, Gaffney has spent considerable time working with her husband in a local beautification effort.

For her part, Rivera said she really did not know much about her opponent. But she was more than happy to tick off her accomplishments.

She said that she was particularly proud of her efforts to bring City Hall out into the community and make government more accessible to communities whose voices had not been heard.

She was also especially proud of the work that moved the South Worcester Industrial Park from a good idea to reality. She also mentioned her work to get the city to focus on public health as an important community issue.

Since long before there was an actual District 4 designation, public safety has been the predominant issue facing these neighborhoods.

Gaffney said she would like to see a greater police presence, especially in Main South. She supports police officers riding bikes during the summer months and more programs for at-risk youth.

Gaffney also pointed to the connection between clean neighborhoods and public safety. She felt the city should be doing more to keep the neighborhoods clean.

Rivera wants the city to continue with the work that she said had already been started. She believes public safety should be attacked holistically, including focusing on economic opportunity, education and quality-of-life issues. These and other factors, in her opinion, have an impact on the overall safety of the community.

In talking to both candidates, I was struck by the lack of a detailed platform to make the neighborhoods safer. While both candidates provided interesting thoughts, neither had spelled out a plan, with specific steps, to help make the neighborhoods in the district safer. They live there; they know the community and what it needs. They should, in my opinion, use the campaign as an opportunity to focus the rest of the at-large candidates and the city administration on a solid public-safety agenda. 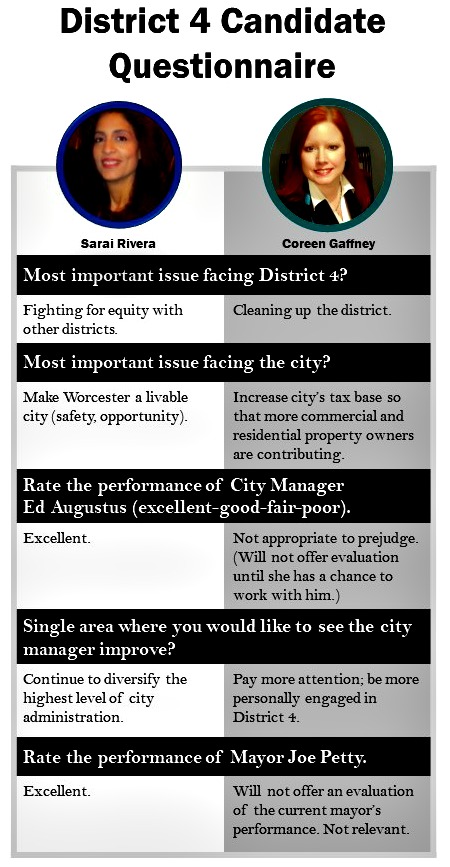 Gaffney seems much too cautious for a new candidate. She was hesitant to rate either the city manager or mayor’s performance. I’m guessing that she has strong opinions. She should be willing to share them. Voters expect passion.

Additionally, while it is admirable that Gaffney wants to refrain from attacking her opponent, she needs to find a way to draw sharp distinctions between the two candidates. The question that she most needs to answer is, “Why should I vote for you instead of Rivera?”

For example, saying that you would push harder to cut taxes or do more to improve the safety of the community than your opponent is what campaigns are supposed to be about. You do not need to go negative to point out the shortcomings of your opponent. When a challenger cannot show why he or she would be better and different than the incumbent, the incumbent almost always wins.

So, find a way to draw the distinction – and fast.

Your campaign is built on the perceived successes being made in the city. Get the city manager and the mayor to be visible in the district. And find a couple of high-profile neighborhood activities (e.g., massive neighborhood cleanups) that highlight your strong relationship with both City Manager Ed Augustus and Mayor Petty.

You need to show that your relationship with city leaders has led and will lead to something tangible in the district.

To my surprise, the race for District 4 has not started out with the sharp differences and strong positions that I expected. In my opinion, those strong differences and the accompanying debate are precisely what is needed to draw attention to the district and the overwhelming needs of the good families who live there.

If the candidates fail to raise the level of debate relative to the needs of the district and the issues involved, the campaign will likely become a collection of negative attacks from others. If that happens, everyone loses.

5 thoughts on “Mariano: Gaffney vs. Rivera — the battle for District 4”