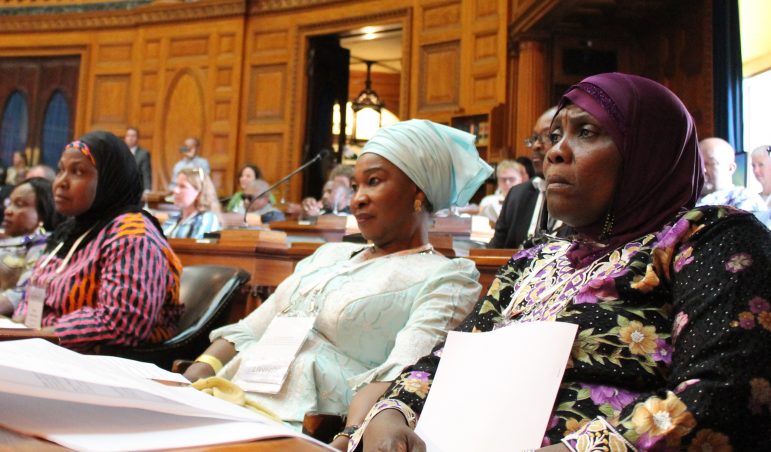 The House Chamber was packed on Monday with legislative clerks from around the world who visited Boston for the National Conference of State Legislatures. Participating in a mock parliamentary session, from left, were Nigerian legislative officer Ramatu Ahmad, Ladi Hamalai of Nigeria’s Institute for Legislative Studies, and Aisha Mohammed of Nigeria’s House of Representatives.

The summer of 2007 in the Merrimack Valley was a time for backyard “PicNikis” and evening gatherings to get the latest “Tscoop On Tsongas” over a cone of your favorite flavor.

U.S. Rep. Niki Tsongas was mounting her first campaign for public office to succeed Marty Meehan — now the president of the University of Massachusetts system — in Congress, and the heat was on. Anything to get a crowd.

Fast-forward 10 years, and Tsongas found a different way to break the August monotony, announcing Wednesday that she would not be seeking a seventh full term to the U.S. House of Representatives. Just like that, Tsongas plugged the void of late summer on Beacon Hill, giving its denizens something to wag their tongues about.

Many state legislators spent the week shuttling between the Boston Convention and Exhibition Center and the city’s varied landmarks, playing policy wonks by day and hosts with the most by night.

Legislative leaders wined and dined 6,000 of their colleagues from around the country at places like Fenway Park, the New England Aquarium and more as the National Conference of State Legislatures swept in and out of the city, leaving solid policy ideas, first impressions of Boston, and bar tabs in its wake.

But it was Tsongas — and more intriguingly, who might succeed her — that was the talk of the town. 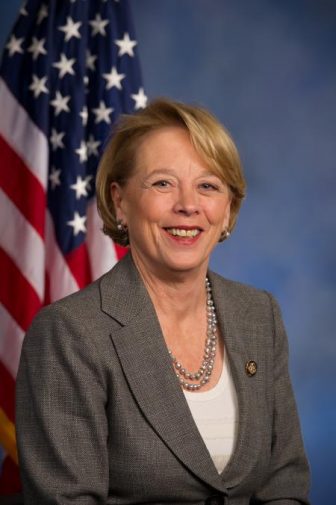 Tsongas, in some ways, rode her famous last name to the halls of Capitol Hill. Her late husband, Paul Tsongas, held the same seat before being elected to the Senate and making a failed run for president in 1992.

But over the past decade, she made a name for herself. As a member of the House Armed Services Committee, Tsongas became a champion for veterans and, based on the accolades that poured in, a devotee to constituent services.

Given the rarity of open Congressional seats in Massachusetts, it would be political malfeasance for anyone who has ever harbored any ambition to go to Washington, D.C., to not at least think about what it would take to win the Tsongas seat next year. That’s probably why one needs more than two hands to count the number of elected, non-elected and former elected officials said to be weighing their options.

The list starts with the cast of characters who finished behind Tsongas in the 2007 special election Democratic primary. Sen. Eileen Donoghue, who finished second in that primary, and Sen. Jamie Eldridge and former Sen. Barry Finegold all said they are considering another run at the seat.

The Third Congressional District, thanks in part to redistricting, will surely not be a solely Democratic affair, however. Republicans weighing a run, or looked to as possible candidates, include Mass Fiscal Alliance founder Rick Green, Sal’s Pizza founder Sal Lupoli and Gardner Mayor Mark Hawke.

It’s hard to say how quickly the field might come together, given the ample time Tsongas has afforded her would-be successors, but many of the elected politicians and someone like Koh will have to weigh a shot at a Congressional seat against giving up the office or job they now hold.

After hosting visitors from around the country and around the world last week in Boston, state elected officials this week seem prepared to take a page out of Europe’s book and lay low during the dog days of August.

A Senate working group will host a health-care roundtable during what otherwise looks to be a sleepy week on Beacon Hill.

When they rejected the governor’s proposed Medicaid reforms last month, Senate Democrats laid out a plan to produce a bill of their own by the fall. That process advances on Thursday when the group of senators studying health care cost containment strategies convenes a roundtable of providers, business groups, academics and advocates for the first of three public discussions of the issues affecting the broader healthcare system. 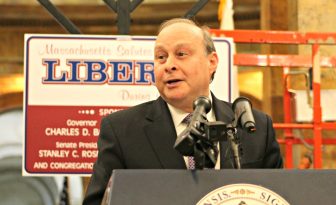 Additional sessions will follow: Aug. 23 will address long-term care, and a session on Aug. 30 is going to look at chronic and acute care management. Each session will begin with Sen. Welch, the Senate chairman of the Health Care Financing Committee, making a presentation to lay out the current state of each issue and the challenges Massachusetts is looking to tackle.

With @realDonaldTrump escalating rhetoric with #NorthKorea, we must remember the words of George McGovern & work to prevent more war. pic.twitter.com/6r4gy1Mznv

Feds: Boston-area inflation rose at 2.2 percent clip over past year

The index that serves as the standard measure of inflation rose 2.2 percent in Boston over the past year, the federal government announced.

The Consumer Price Index in the Boston metropolitan area edged up 0.1 percent during the two months ending July 2017, with higher prices for food and shelter almost offset by a decrease in energy prices, according to the U.S. Bureau of Labor Statistics, which tracks the prices of goods and services.

There are seven metropolitan areas for which inflation measures are available this month. Among those, Boston was tied with the Chicago area for the second-highest annual rate of CPI growth. Prices increased over the past year by 2.5 percent in Los Angeles. According to the BLS, the CPI is based on prices of food, clothing, shelter, fuels, transportation fares, charges for doctors’ and dentists’ services, drugs, and the other goods and services that people buy for day-to-day living.

Civil liberties and immigrant rights activists recently converged on the State House to voice their displeasure with Gov. Charlie Baker’s proposal to allow state and local police to cooperate, in some cases, with federal immigration detainer requests, with some activists going as far as to label the policy racist.

“Unfortunately, our Governor Baker has proposed a bill that will increase racial profiling of immigrant workers and their families in Massachusetts, and we can’t allow racist practices that are being spread by (President Donald) Trump to make their way into state policies,” Natalicia Tracy, executive director of the Brazilian Worker Center, said in a statement. 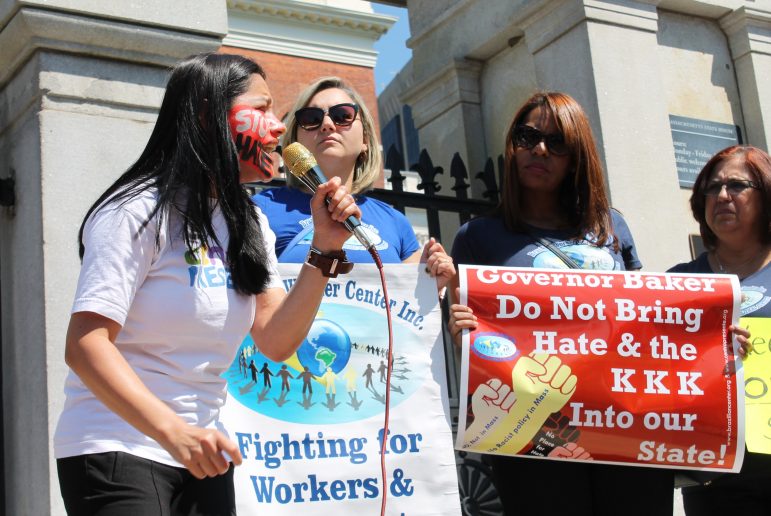 “Governor Baker’s Detention Bill is racist at its core and it will impact hard-working immigrant families who have been living, working and paying taxes here for decades and who are part of the fabric of our society.”

The bill filed by Baker, (H 3870), would allow state and local police to honor requests from U.S. Immigration and Customs Enforcement to detain individuals already in state custody on criminal charges or for sentences related to past violent crimes.

The legislation would allow — but does not require — police to oblige a written request from ICE to hold an individual for up to 12 hours if that person has engaged in or is suspected of terrorism, has been convicted of a crime involving a street gang, or has been convicted of a non-immigration related felony or certain state crimes such as domestic violence, sexual abuse or human trafficking.

In a statement, state Public Safety Secretary Daniel Bennett said the proposal would not allow police to enforce federal immigration law, as has been proposed by Rep. James Lyons, D-Andover.

“Any detention authorized by this bill would be limited to aliens already independently in state custody because of new state criminal charges or sentences,” Bennett said in the statement. “This bill does not empower state or local police to proactively arrest people for immigration law violations.”

Detaining anyone for longer than 12 hours at ICE’s request would be subject to judicial review under the governor’s bill. The bill was sent to the Joint Committee on the Judiciary, but a hearing has not yet been scheduled.

Baker’s proposal came a week after the state Supreme Judicial Court ruled in an unsigned opinion that state law does not allow Massachusetts law enforcement to hold defendants at the request of the federal government for immigration violations if the state or local authorities have no other legal reason to keep the person in custody.

The practice Baker is seeking to codify in state law of honoring certain ICE detainer requests had been in effect for a year before the SJC’s July 24 Lunn v. Commonwealth decision. That case was brought by a Cambodian refugee who was held by the Boston Municipal Court at the request of ICE after charges of unarmed robbery had been dismissed.

Two of the House’s more progressive members — Democratic Reps. Denise Provost of Somerville and Mike Connolly of Cambridge — joined Centro Presente last week to rail against Baker’s bill and pledge to do whatever they can to prevent it from becoming law. Rep. Carmine Gentile, D-Sudbury, and Democratic gubernatorial candidate Setti Warren attended the rally.

“These bills, of course, have been filed, they’ll be turned over to committee for a hearing, but between now and then I think we can all make it politically impossible to overturn Lunn,” Provost said. “I think we can make these bills politically dead on arrival. So let’s do that.”